One of fantasy’s most successful series in recent years is coming to comics, courtesy of Titan Comics.

Heat Vision can exclusively debut cover and interior artwork from Shades of Magic: The Steel Prince — spinning out of V.E. Schwab’s Shades of Magic series, and written by Schwab herself — ahead of the series’ debut at San Diego Comic-Con.

Schwab’s massively successful series of Shades of Magic novels — which ran from 2015’s A Darker Shade of Magic through last year’s A Conjuring of Light — centers on four versions of London, each ruled by its own logic and laws, and the Antari, who can travel between the cities. The series is in development as a movie property, and publisher Tor Books last year signed Schwab for a new trilogy set in the same universe.

Titan’s comic series, Shades of Magic: The Steel Prince, is a prequel to the original trilogy, following Maxim Maresh — one of Red London’s ruling family — as he is sent into exile, an event that will have significant repercussions in years to come. Artwork for the series, which debuts below, comes from Andrea Olimpieri, with colors from Enrica Angiolini. Covers for the title come from Olimpieri, Tomm Coker and The Girl with the Dragon Tattoo’s Claudia Ianniciello, whose cover for the first issue is above.

“Having a comic has been a dream of mine for such years, so seeing these pages for the first time was an magical experience!” Schwab told Heat Vision via email. “Andrea and Enrica are so very talented, as is my editor, Amoona [Saohin], and I am incredibly lucky to have them working on The Steel Prince.” 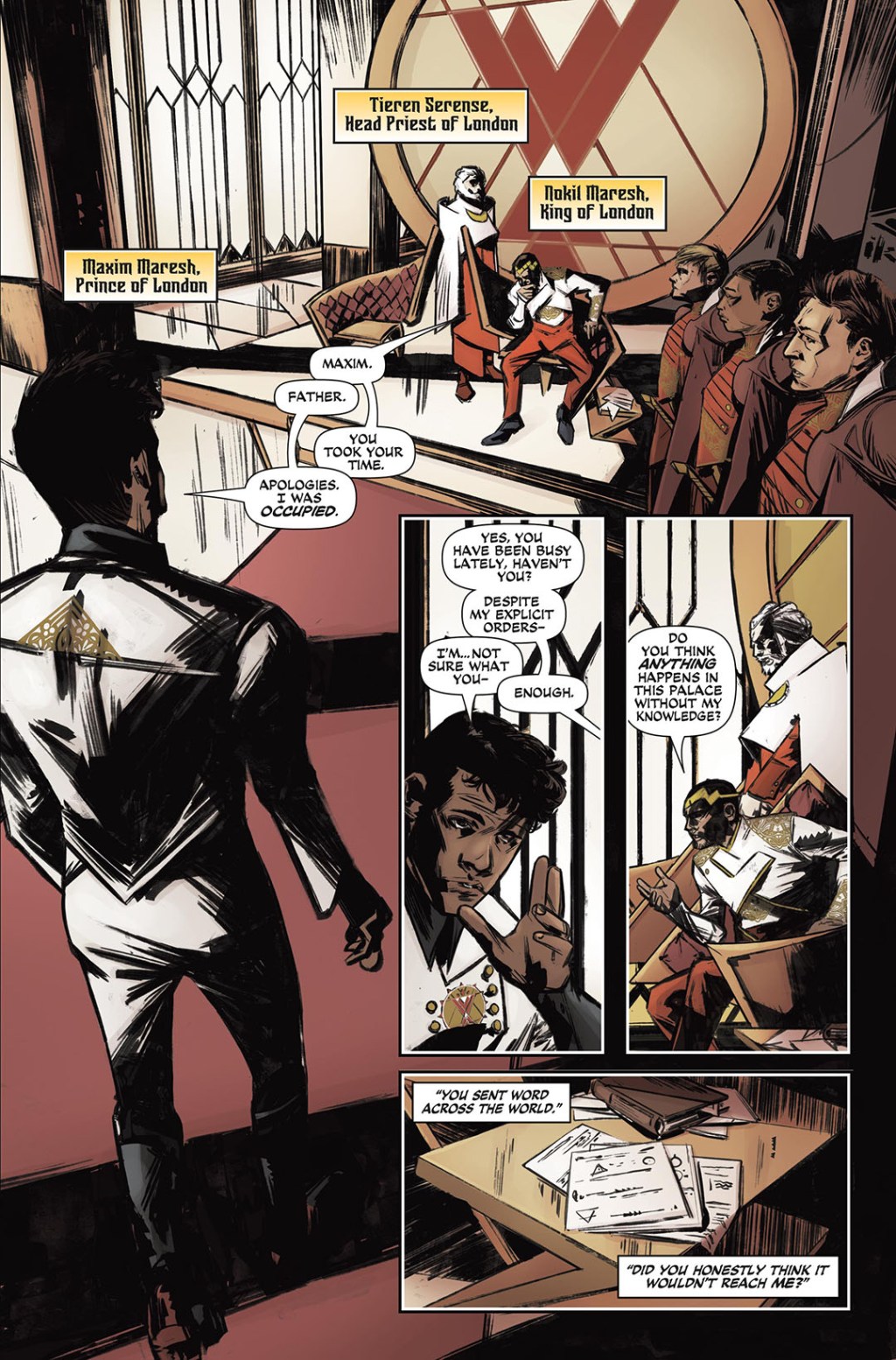 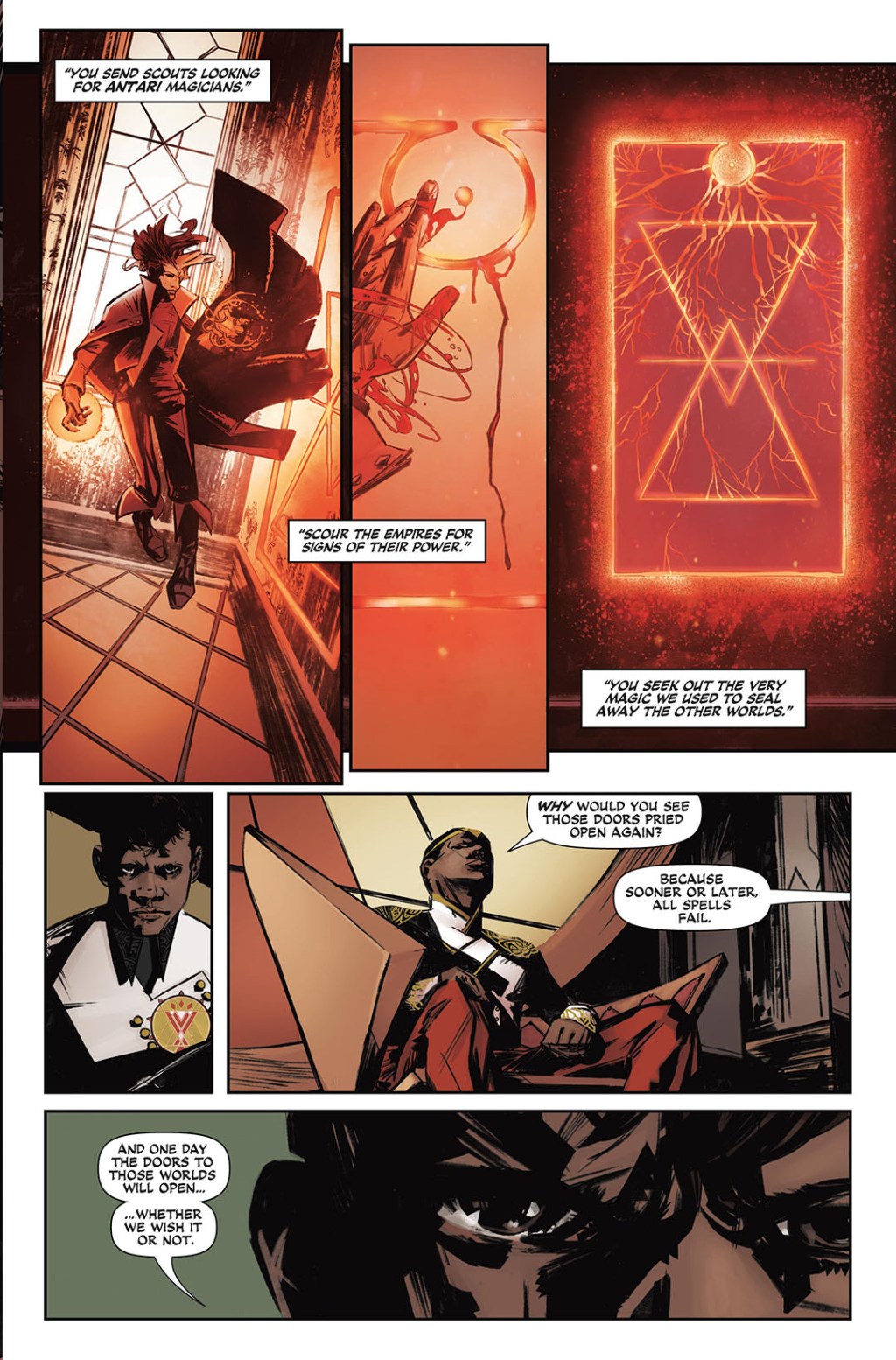 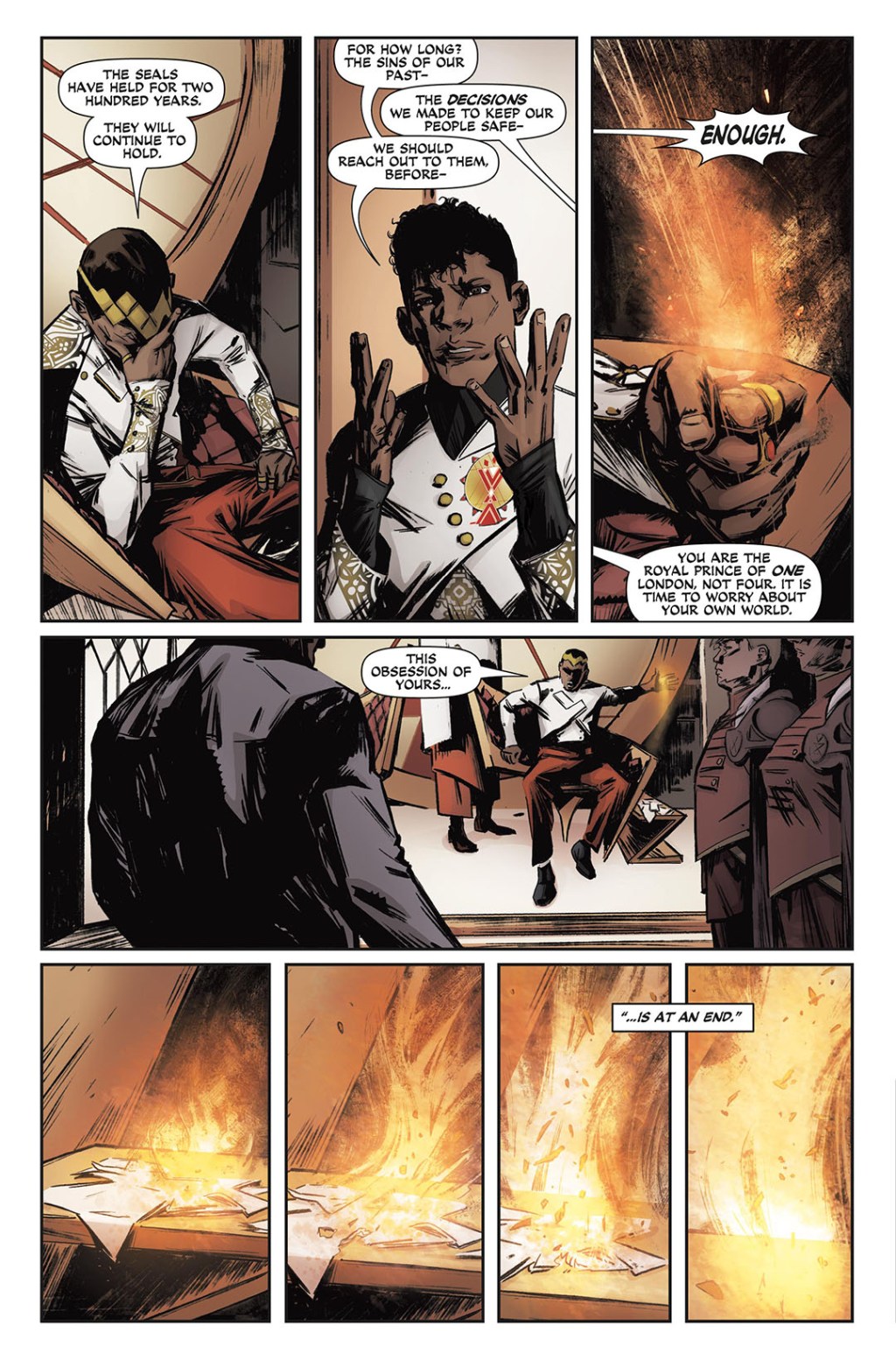 Shades of Magic: The Steel Prince officially launches in October, but a special preview issue will be available at Comic-Con next week from the Titan Comics booth (#5537). Schwab herself will be at the convention, with a Shades of Magic panel scheduled for July 20 at 12:00 in room 4.