Continue to The Hollywood Reporter SKIP AD
You will be redirected back to your article in seconds
Skip to main content
August 25, 2017 7:00am

In Venice Beach parlance, you don’t get much more “loc” than Charles Arnoldi. The 71-year-old visual artist came to the neighborhood 40 years ago and recalls the days when he cleaned bullets and buckshot out of his pool. Frank Gehry and John Baldessari are close friends of his, as was Dennis Hopper — all of which suggests an old-school artist who would bemoan the Silicon Beach transformation of his community.

Not so. “It’s terrific that Snapchat decided to come to Venice and not go to Silicon Valley,” he tells THR at his studio at the corner of Indiana Avenue and Hampton Drive, where the newest front in the battle for Venice’s soul is breaking out. “I think it’s a groovy idea.”

Two houses down from Arnoldi’s studio, virtual reality firm Wevr (behind Jon Favreau’s Gnomes & Goblins) has converted Hopper’s former seven-bedroom, nine-bathroom home into its new headquarters. Directly across the street, Wrapped LA — a 5-year-old fine art studio that merges visual arts with technology — has an upstairs office and downstairs living space. And around the corner, two new developments — both marketed as live/work spaces — are coming online, one renting for $25,000 a month. 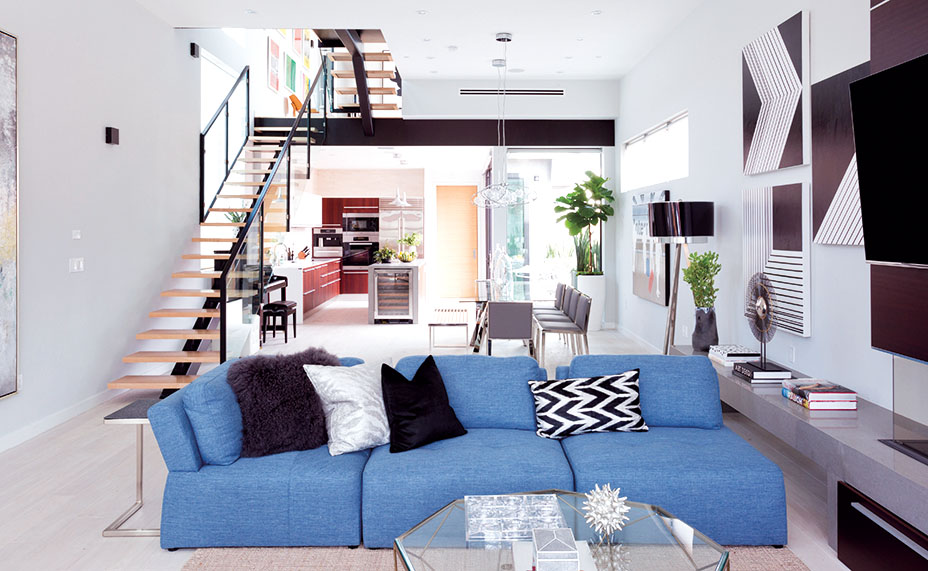 With their battle still raging against Snapchat (which has an estimated 300,000 square feet of commercial space, much of it close to the boardwalk), local activists also are taking aim at live/work spaces, which they see as the tech community encroaching further into residential neighborhoods, forcing out locals and driving up already sky-high rents. According to members of the Venice Neighborhood Council, pushback at meetings in recent weeks has been fierce. With the help of the newspaper Free Venice Beachhead, activists have been circulating a list of addresses of properties that they claim have been wrongfully converted into spaces to service the needs of the employees of Snapchat and other tech companies at the expense of nontech residents. In addition to rent inflation, complaints range from a lack of parking to noise and possible violations of zoning regulations. “A big culprit … is the property owners themselves who are equally responsible and seem to have no appreciation for the rest of the community or the history of Venice at all. They are, in a sense, just cashing in,” read a recent article in the Beachhead. 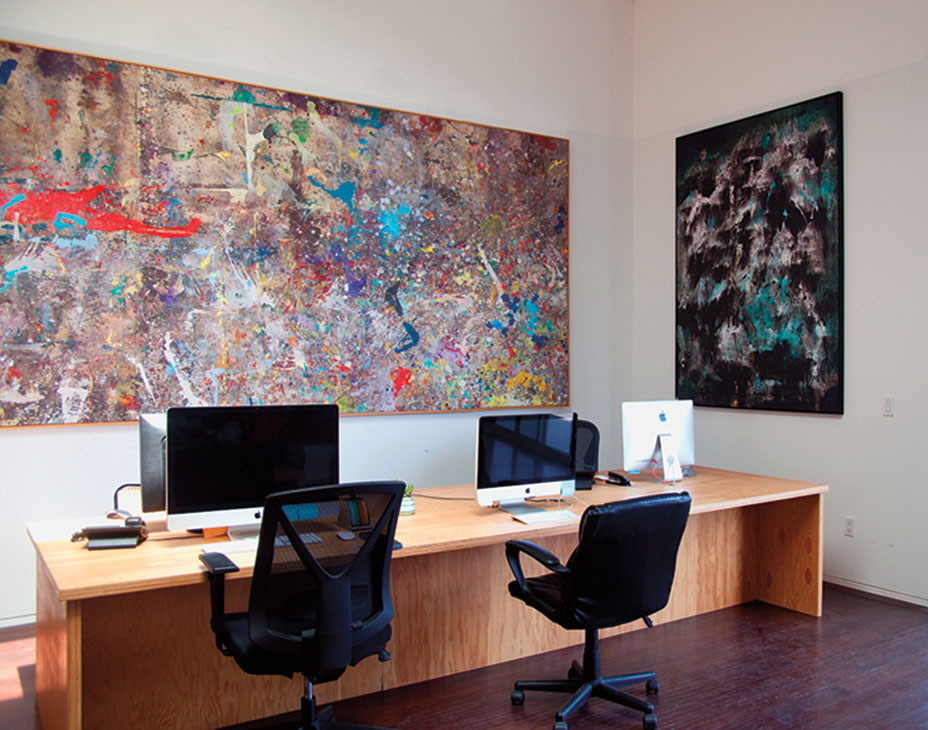 Only 7 percent of Venice is commercially zoned, and after accounting for the footprint staked out by Google and Snapchat, there is scant office space left — certainly not enough for a company with 100 employees, says VNC vp George Francisco. He points out that pockets of Venice like Hampton Drive originally were intended for commercial use before being rezoned for more residential use during the late 1980s. But he doesn’t expect that history lesson to appease activists. “In Venice, there are people who just have a visceral negative reaction toward anything that tech is promoting.” 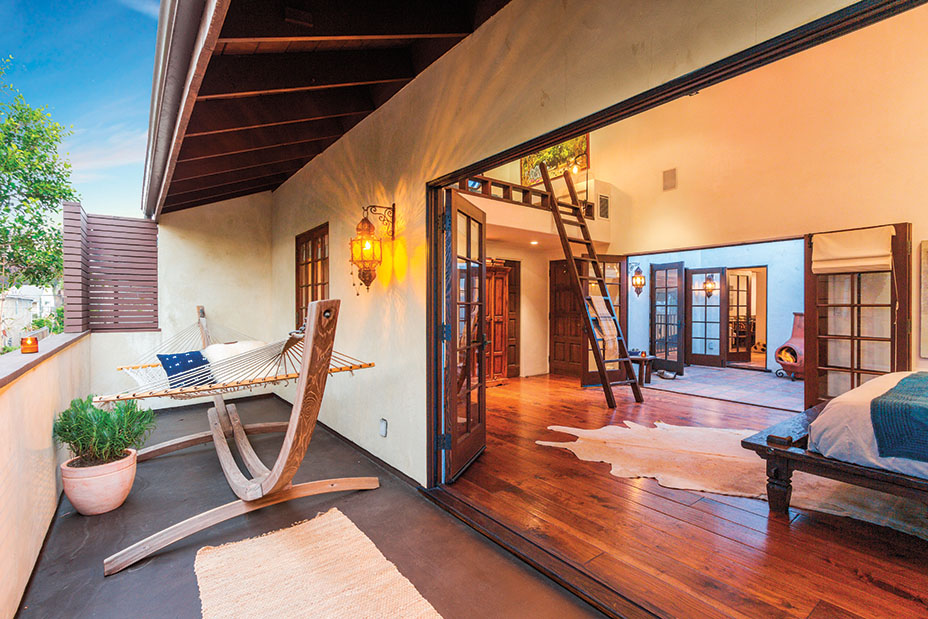 Actress Rhona Mitra (The Strain) has sold her three-bedroom, three-bath, 2,500-square-foot Moroccan-themed retreat, located just one block from the beach. The two-story home, originally listed in May for $2.9 million, has an open floor plan, two bedrooms suitable as masters and multiple outdoor patios outfitted with fire pits. Mitra was repped by Justin Alexander with Tami Halton Pardee from Halton Pardee + Partners. 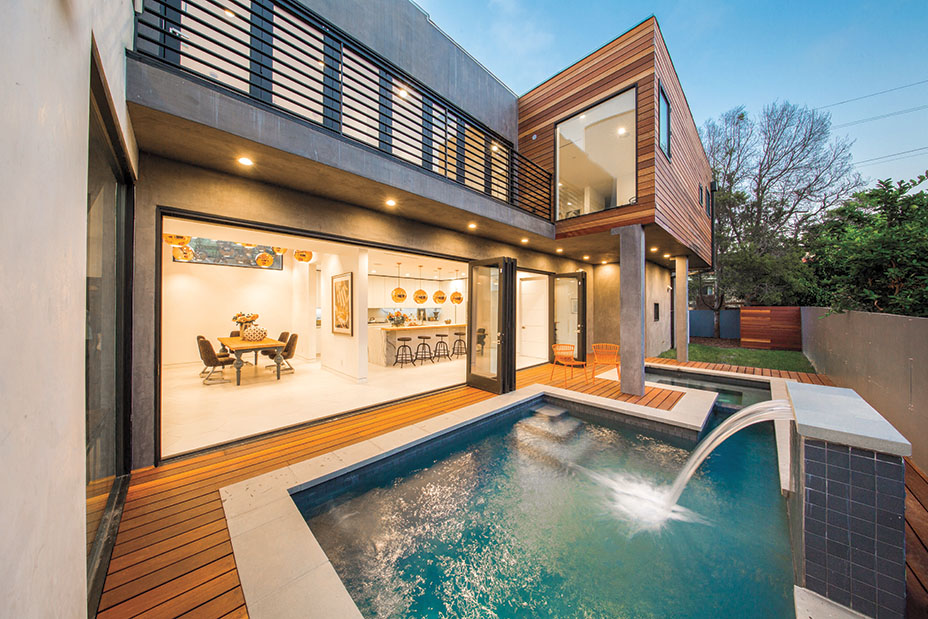 This newly rebuilt four-bedroom has sliding pocket doors that open out from the kitchen to a custom pool and waterfall; it’s listed for $3.6 million by Andrew Dinsky of PLG Estates. 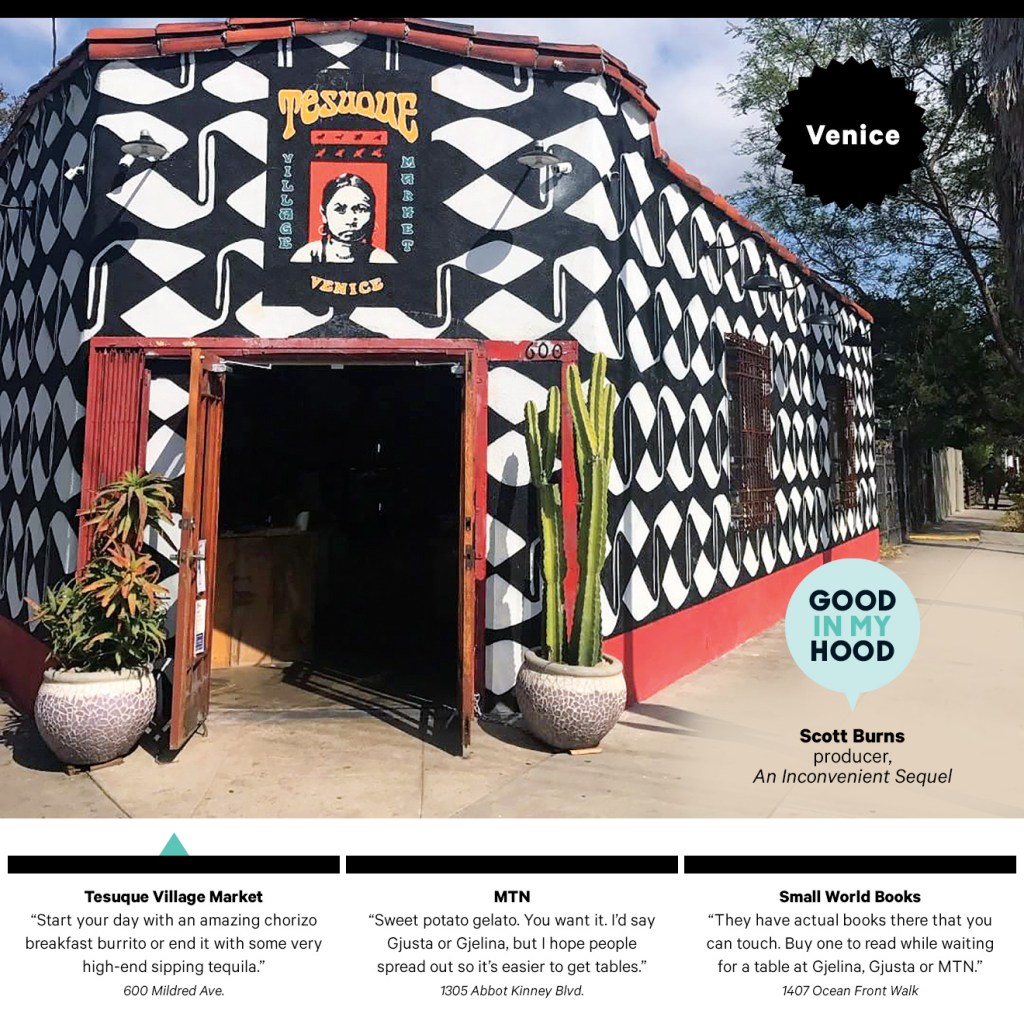