Director and artist Shirin Neshat returns to Venice after her debut feature Women Without Men won the Silver Lion in 2009. Her new film Looking for Oum Kulthum has its world premiere in Venice Days, an independent sidebar modeled after Cannes’ Directors Fortnight, before making its North American debut in Toronto.

Neshat made the movie with her frequent collaborator, Shoja Azari, about the plight of an Iranian director living in exile who embarks upon making a film about the legendary Egyptian singer. Kulthum, with her incredible vocal style and range, is considered one of the greatest Arabic singers of all time, and has sold more than 80 million records worldwide. Her life was entangled in politics and later charity, with the raw emotion of her voice outlasting any simple biography of her life. Her work has united fans the world over, and an estimated four million Egyptians lined up to view her funeral procession after her death in 1975.

Also considered by many to be the greatest Middle Eastern artist of the 20th century, Kulthum, as a woman who rose to prominence in the 1930s, was a huge inspiration for Neshat. By weaving her story through the eyes of an outsider artist looking to capture the life of this monumental figure, Neshat ultimately focuses on Kulthum’s euphoric voice and performances, alongside the hauntingly complex images that the director has become known for through her visual art.

Neshat has herself broken barriers numerous times over as an Iranian woman who has become one of the most important visual and video artists working today. And similar to her experience in the art world, Neshat has had to overcome even more hurdles to earn her place in the film world.

With the Venice competition this year accepting only one female director out of 21 films, festival director Alberto Barbera defended his decision by saying he will not choose films based on a quota. But according to Neshat, the debate goes much further than accepting a woman’s POV as equal to a man’s. The Hollywood Reporter spoke to Neshat in Venice about the importance of making space for women behind the camera, and about living and working as a Middle Eastern artist in America.

Is it important to differentiate between male and female artists?

On a practical level, just right off the bat, if a man wants to make a movie, he just leaves the kids to the mother. The mother has the problem if she wants to make a film. But in terms of emotionally, I’ve known a lot of female and male artists and there is a difference. I’ve been in the business for a long time now. They are more vulnerable, and I don’t mean it in a negative way. I really believe for us, it takes more. Maybe it’s a facade that there is a certain amount of confidence and rationale, where I have a hard time hiding my emotions. So I’m not so sure if it’s really more difficult or people are biased against you, but I think it’s harder to get support.

What was your reaction to Venice having only one competition film directed by a woman this year?

I think it’s interesting that it doesn’t even seem like an issue to them. I was a little bit disappointed. I certainly think that maybe the men, they feel like the work they are making is bolder, it’s tougher, it’s going to get more impact on the audience as long as they have beautiful actresses and really good performances — that’s enough.

But the woman’s perspective and point of view is more emotional. It’s hard to generalize, of course, but I think about our one woman Hollywood [awarded] filmmaker, Kathryn Bigelow. She always makes films about men. But I happen to be making work entirely about women. So sometimes I think some festivals, some programmers think, “Ah, it’s too Middle Eastern, too much about women.” It could be they find it not so interesting for their audience, not just themselves.

I think women are afraid to enter the arena because there isn’t so much room for them. It’s the same in the art world. The male artists are much more successful in the market no matter how long they’ve been around. Their art is more expensive. It’s a proven fact that they achieve much more even though women work as hard as they do. But this discrimination — for the producers, the distributors, the film festival people, to take a female director seriously in the film business, I think it’s hard to convince them. I think it’s a more mental thing; they haven’t changed.

What should the film business be doing?

I think they have to see that the point of view of a woman — about the world, about politics, about culture, about war, about everything — is as valid as a man’s. And it’s not just about being a woman, it’s bigger than that.

Have you felt pressured to play the game more, to act a certain way to succeed?

Well, I have double the problem, because I’m a female but also I’m Middle Eastern. Although I have to say I’ve been very successful, but absolutely. Being a white male artist is the No. 1 way. Unless you are Ai Weiwei and you reach the world in the way that he is great at, but the truth is that the easiest way to success is if you are a man and white.

I’ve felt discriminated against in the art world, in the way that some colleagues and peers who have worked as long as I have and have had retrospectives in major American museums and I haven’t. And in the film world, it’s very difficult to get American producers and financiers to support our film. Even the festivals are always very hesitant. I really do take that as a reflection of the fact that, you know, I’m not Miranda July. You fall into this category, “Ah, she’s Iranian and she’s making artistic films with subtitles and it’s a woman … maybe we’ll take Asghar Farhadi.” So it’s a little bit of politics in their subconscious and they have to address that, because it’s very real.

Was it any easier to make this film after the success of your first one?

It was as difficult as the first one. I remember we said, after taking six years to make Women Without Men, saying never again will we take this much time, and [Looking for Oum Kulthum] took just as much. Both artistically and practically, it was very difficult. We had to in fact raise some money ourselves. The truth is that nothing changed in terms of, “Oh, you got the Silver Lion.” Maybe I have a little name but in the practical, especially in American culture, there is no solid support for people like me. There really isn’t any infrastructure in the governmental or non-governmental, private sector, that supports people like me. I’ve always only worked with Europeans.

What does it mean for you to live and work in New York now, given the current political climate?

It’s even getting worse. I have to be very honest, I was terrified recently. I found that my bank was racially profiling me, because I’m Iranian-born and my transactions were stopped. I said, “Oh, my God, this is happening.” And that’s an illegal thing, and then I went to the bank and they said, “It’s Homeland Security.” And that’s terrifying. For us who don’t go back to our country, the idea of this thing happening, it’s terrifying.

You know it’s really sad, because I feel so American, yet I’ve never really been supported by the American film industry. And the arts, yes, I have to say I have been, but the Italians have been so supportive of me, [and] the Germans, for example, but I’ve lived in America longer. I don’t mean to be complaining, but I do think there is a whole culture of independent film happening and there are a lot of young people making films that are not big-studio, Hollywood films. I do feel there is this lack of support; I feel it’s too bad because we have to rush to Europe.

Do you feel hopeful for the future of female directors, and especially for Middle Eastern artists?

Shoja yesterday reminded me that there are more woman filmmakers from Iran and the Arab world than from the Western world. It’s a phenomenon. I really feel that part of this responsibility goes to the film industry and the festival and actors and programmers that don’t give enough space to women. It doesn’t always have to be about the story of women, but women have their vision and their story has to be told, and there is an audience for it. I’m really optimistic and certainly I have had my challenges, but I hope it will get easier. 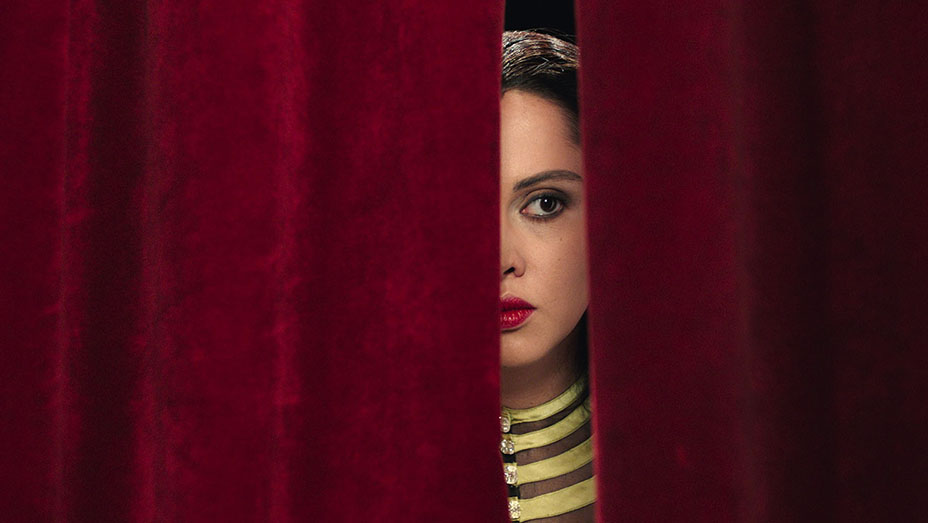