Francesco Rutelli, president of ANICA, Italy’s Association of Cinema, Audiovisual and Multimedia Industries, has launched Videocitta, a festival that will showcase Rome as a top center for film creation. The 10-day event will run parallel to MIA, Rome’s international Audiovisual Market, and the Rome Film Festival.

The fest aims to promote the entire filmmaking chain from below-the-line crafts to technological advances in the editing room, showcasing the industry as one of Rome and Italy’s most important employment sectors.

Events will include videomapping of Rome’s historical monuments in the city center, a virtual reality festival at Rome’s former customs house Ex Dogana and a videogaming and YouTube happening at a former military barracks.

Events coordinated with the Rome Film Festival include talks with photographer, video artist and director Shirin Neshat, winner of the Silver Lion for best director at the Venice Film Festival in 2009 for Women without Men, and French artist and filmmaker Pierre Bismuth who shared the best screenplay Oscar with Charlie Kaufman and Michel Gondry for Eternal Sunshine of the Spotless Mind.

Naturally being Italy, fashion will be a large part of the festivities. Gucci will host a Makinarium special effects exhibition. Bulgari will present a three-day fashion film festival from Diane Pernet: “A Shaded View on Fashion Film.” And Fendi will present Laszlo Bordos Videomapping, working with contemporary artists to 3D map their works onto Colosseum Square.

Two-time Academy Award winner Ennio Morricone will represent the best of Italy’s music and cinema heritage. He will be honored with a special prize at a gala event at De Paolis Studios. Another event with Paramount, MTV and VH1 will showcase the use the audiovisuals in the music business. 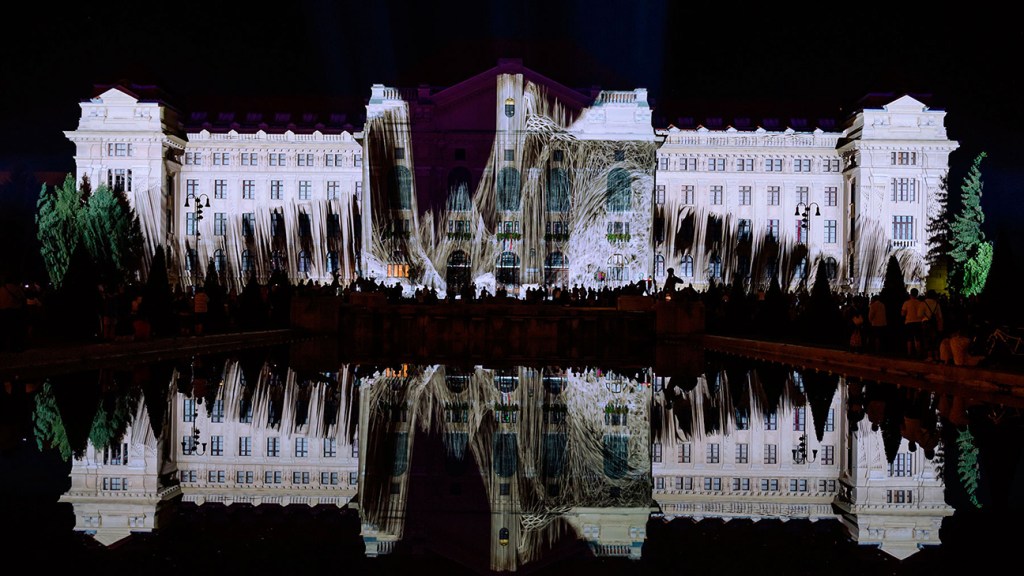 Italy’s national broadcaster RAI will show a 12-hour marathon of global TV ads, and the Museum of the Moving Image will curate an exhibition of TV ad campaigns by all of the U.S. presidential candidates since 1952 and host a debate on the use of advertising in politics.

A 48-hour cinema short movie contest will crown the best short film among 2,000 entries, as determined by an international jury.

The Casa del Cinema will curate a retrospective of international cartoons. And top art and cultural centers including the MAXXI, private galleries, contemporary art foundations and academies will showcase contemporary video art installations from international names.

A cinematographic treasure hunt will offer clues shown in regular cinemas to highlight various filmmakers’ favorite spots in the Eternal City. And Sky Italia will host a variety of television marathons in cinemas, showcasing their most popular series including Gomorrah, The Young Pope and 1992 and 1993.

Videocitta is set to run Oct. 19-28 in various locations throughout Rome.