Streetwear brand Off-White is the hottest fashion label worldwide, according to The Lyst Index’s quarterly report out Wednesday.

CEO and designer Virgil Abloh’s Off-White has risen 33 places in 2018 to surpass Gucci and Balenciaga at the top of the fashion world. Fans of the Italian brand include Lenny Kravitz, Serena Williams, Naomi Campbell, Busy Philipps, Bella Hadid and Tracee Ellis Ross, who wore Off-White while hosting the American Music Awards this year.

At Paris Mens Fashion Week in June, Abloh showed off his Off-White collection with mom jeans for men and Bart Simpson riffs, telling The Hollywood Reporter, “It’s my ode to the teenager with the subtext of Louis Vuitton in the air. This is the first show where Off-White is sort of unhinged from the résumé. It’s distinctly a teenager vibe.” At Paris Fashion Week in the fall, Abloh turned the runway into a track with sports-couture pieces and Nike shoes.

Following in fourth place on the list is Nike, which rose five spots this quarter after supporting controversial football player Colin Kaepernick, who began kneeling during the national anthem. The athlete launched the video campaign “Believe in something. Even if it means sacrificing everything” with Nike in September.

Prada and Yeezy each moved up in the ranks, despite Yeezy creator Kanye West’s controversial statements in support of President Donald Trump, wearing a Make America Great Again hat on Saturday Night Live and calling slavery “a choice” this summer. The outrage sparked a petition calling on parent company Adidas to drop West’s Yeezy brand.

The Lyst Index calculates scores based on online searches, social media data like increases in followers, conversion rates, sales, and online mentions of products and brands by using Google and Lyst information. 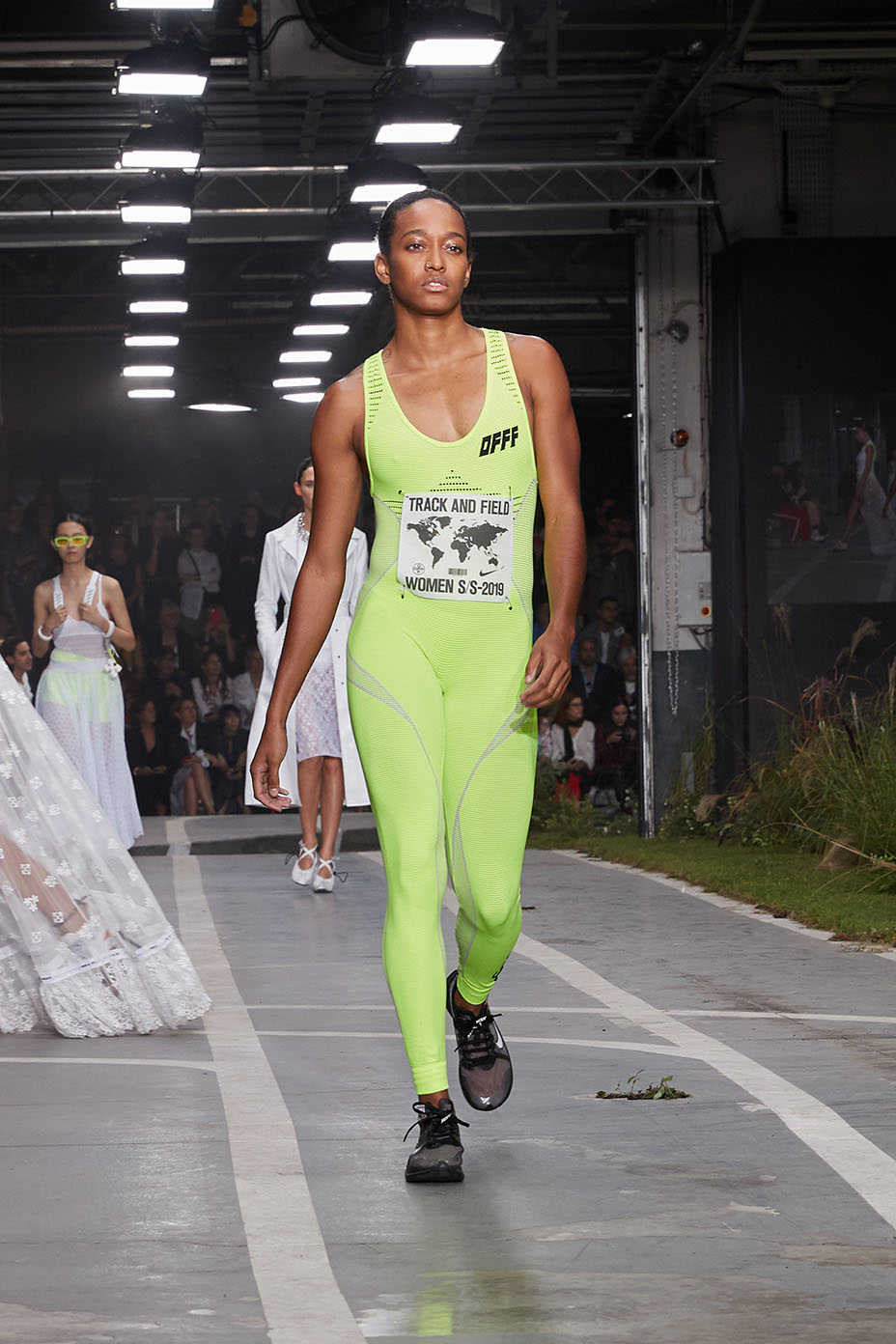 On Friday, investment bank and management firm Piper Jaffray also released a report revealing the top fashion companies for teens in fall 2018. After collecting 8,600 responses in a national survey of teens, the company found spending is down 5 percent compared to spring 2018. Nike and Ralph Lauren are the largest decliners in the Gen Z market, but Off-White and Supreme were named the leading streetwear emergers (Adidas, Lululemon, Gucci, Calvin Klein and Tommy Hilfiger increased in popularity, too).

For the upper-income female teen, the top hottest websites to purchase from are, in order: Amazon (making up a whopping 47 percent of responses), Nike, American Eagle, Urban Outfitters, PacSun and Ebay and Fashion Nova, tied. The latter up-and-coming brand boasts fans including Kylie Jenner and Amber Rose and will launch a collection with rapper Cardi B in the next month.

Piper Jaffray reports the top male teen trend is Nike and Jordans, and the top female trend is Lululemon and leggings. Meanwhile, The Lyst Index names the Dior saddle bag as the hottest women’s product of the quarter. Set It Up star Zoey Deutch debuted the revived saddle bag — the It Bag of the early 2000s — at a premiere in June. After 100 influencers posted a picture of the bag in July, searches spiked almost 1,000 percent in two days, according to The Lyst Index.