Preparing to host the MTV Video Music Awards taking place Sunday night, the singer and actress Keke Palmer has been putting all of her talents to use. Her duties include “a little bit of everything,” she says. “Some comedy, some fun music stuff and also celebrating all the great nominees and winners.”

She’s also taken a total of 10 COVID-19 tests throughout the last few weeks to pull it all off. “I’ve had well over 10 — [it’s] constant COVID testing every two days,” says Palmer, by phone from her home in New York City, two days before the show. That’s just one example of how health precautions due to the pandemic have made hosting an awards show an unfamiliar experience this year. “This is being done so differently,” says Palmer, who has done many of her rehearsals done over Zoom and whose glam squad has been wearing masks and clear face shields.

Keke Palmer Fires Back at Comparison to Zendaya Over Colorism: "I'm an Incomparable Talent"

“This is the first big thing in New York I think since COVID began. If you are planning on doing something like this, we have to be on strict guidelines. I just want to do what we need to do to get it done — I’m willing to jump through hoops. I think we need entertainment right now. It’s what I do and what I love,” says Palmer, who just released a new EP, Virgo Tendencies — Part 1. For MTV, she’s spent the last few weeks taping pre-recorded segments all around the city, including in Manhattan, Brooklyn and the Bronx. The show will include Ariana Grande and Lady Gaga — who lead the nominations count with nine each —as well as the Black Eyed Peas, the Weeknd, BTS, CNCO, DaBaby, Doja Cat, Maluma, Roddy Ricch and Miley Cyrus. Some performances were taped in outdoor venues with little or no audience. 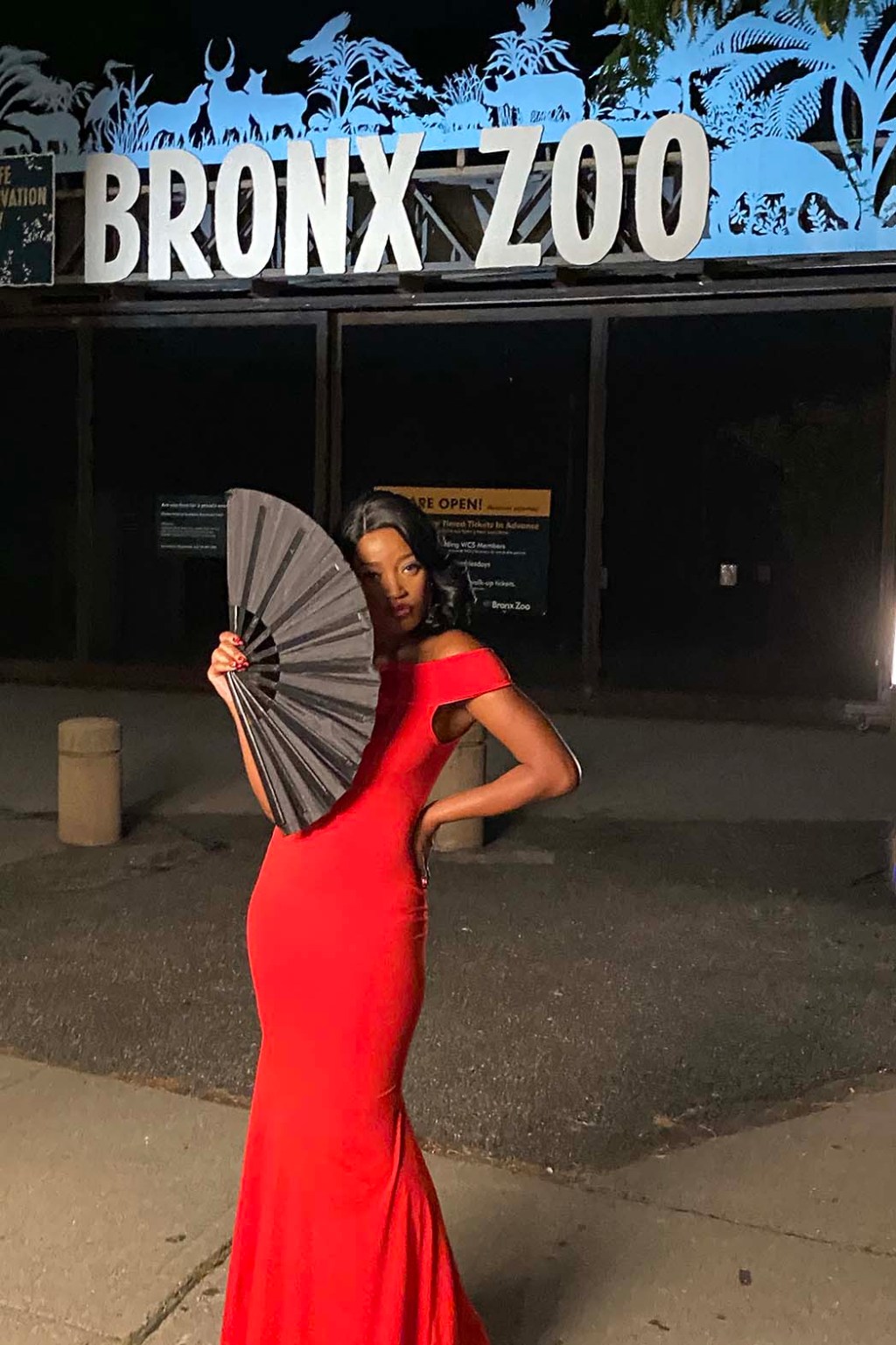 Palmer says there will be some elements that will give a feeling of “fan engagement” despite the limited live audiences. Says Palmer, “We found some really cool ways to do it.” That includes a drive-in set-up “with this absolutely beautiful view. We always really wanted to showcase New York and show that New York is still New York City. We’ve been through so much this year on every level. We want the night to be something to bring us together and have fun and be entertained.” 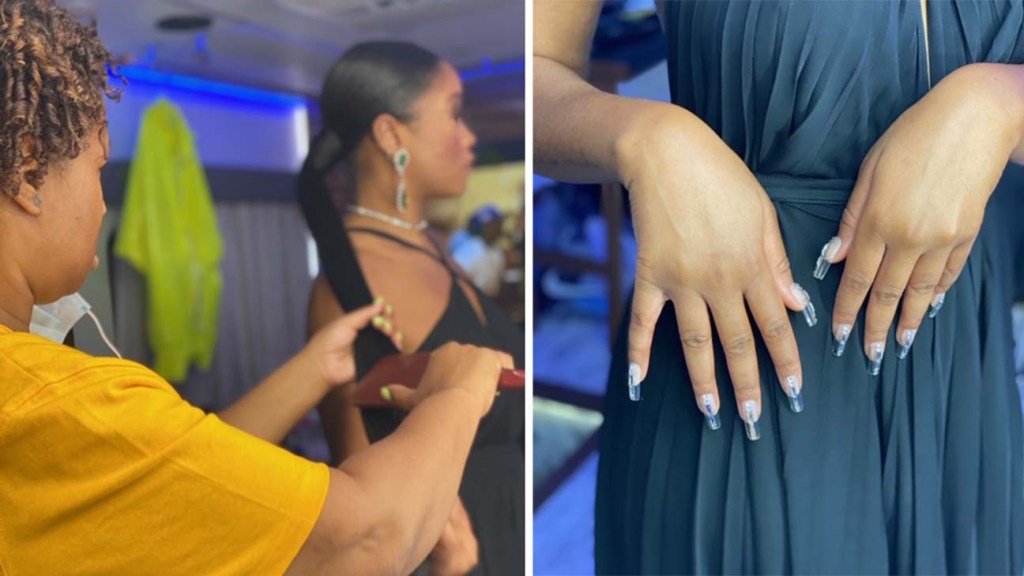 For her looks for the show, she’s been working with her stylists Mel Reneé Leamon and Mikiel Benyamin — as well as Chance Davis on looks for some characters she plays on the awards show — hair stylist Ann Jones and makeup artist Mimi Kamara. Sarah Nguyen designed a variety of press-on nail looks, including one set which spells out “Snack,” the title of one of Palmer’s new tracks. “We got so many cute nails designs from Sarah, so we could have different nails throughout the show with different outfits,” says Palmer whose show wardrobe includes outfits by Versace, Area, David Koma and Valentino and jewelry by Tasaki and House of Emmanuele. 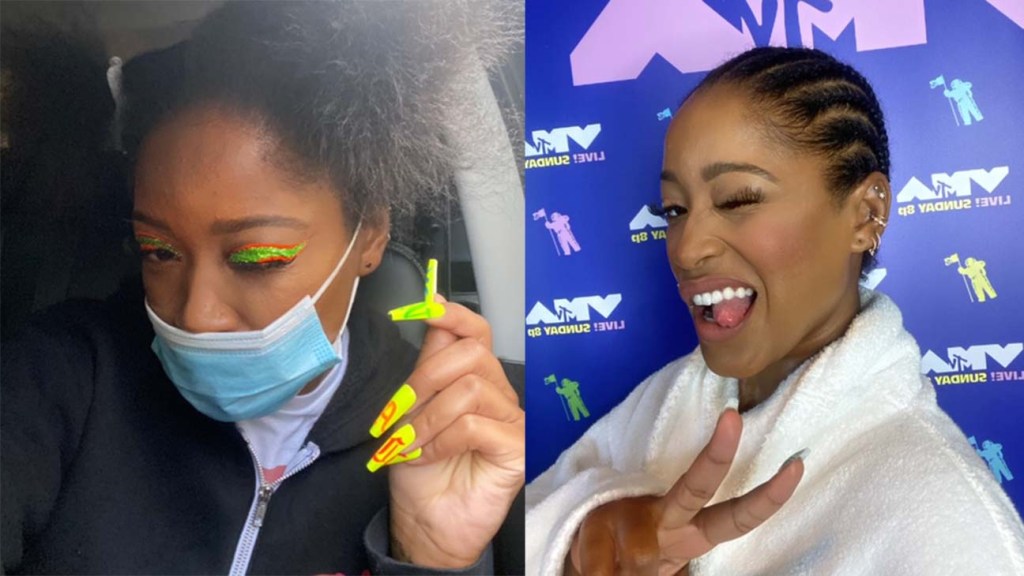 Once her VMAs duties are completed, Palmer, who starred in the 2019 film Hustlers, is looking to get back to film production. Her next project though — Alice, about a slave in the pre-Civil War South who escapes from a plantation to discover she’s now in the year 1973 — “was supposed to start filming a month ago,” says Palmer. “It got pushed,” she adds.

As to how Hollywood is grappling with the urge to get back to work and the need for safety due to COVID-19, Palmer says, “No one is going to avoid the times we are in now. It’s not even the elephant in the room. It just is a part of the room. Let’s also encourage each other in a positive way and get us in a positive, empowered space that gives us the energy to continue to get through this shit. I feel there’s a way for us to still be able to move forward in our respective fields, while still being able to maintain safety. We just have to create it.”