“MTV taught me how to see music I listened to and love. You gave artists a platform to express their music and ideas through moving image and me, a dynamic source of inspiration,” he said during his speech. “I am beyond flattered and proud.” Jacobs wore an olive suit with wide-legged trousers and blingy ruby heels from Prada, seemingly inspired by The Wizard of Oz.

The American designer received the honor through a partnership between MTV and the Council of Fashion Designers of America, the fashion association that Tom Ford is taking over from Diane von Furstenberg.

Jacobs created a multimedia activation on the VMAs red carpet for the occasion. He brought models wearing some of his most “iconic” looks, including pieces previously worn by Lady Gaga for a dinner with Anna Wintour; Taylor Swift in Vogue; Rihanna for a performance; and Missy Elliott in Elle.

“It’s the audacity and that sort of unapologetic, ‘go for it, fuck you, I’m doing me tonight’ kind of thing that I love,” he said of the looks. “When MTV started, it created a different way to listen to music, which was to see it, so visuals in style became so important and dynamic. It’s always inspired me and seduced me.” 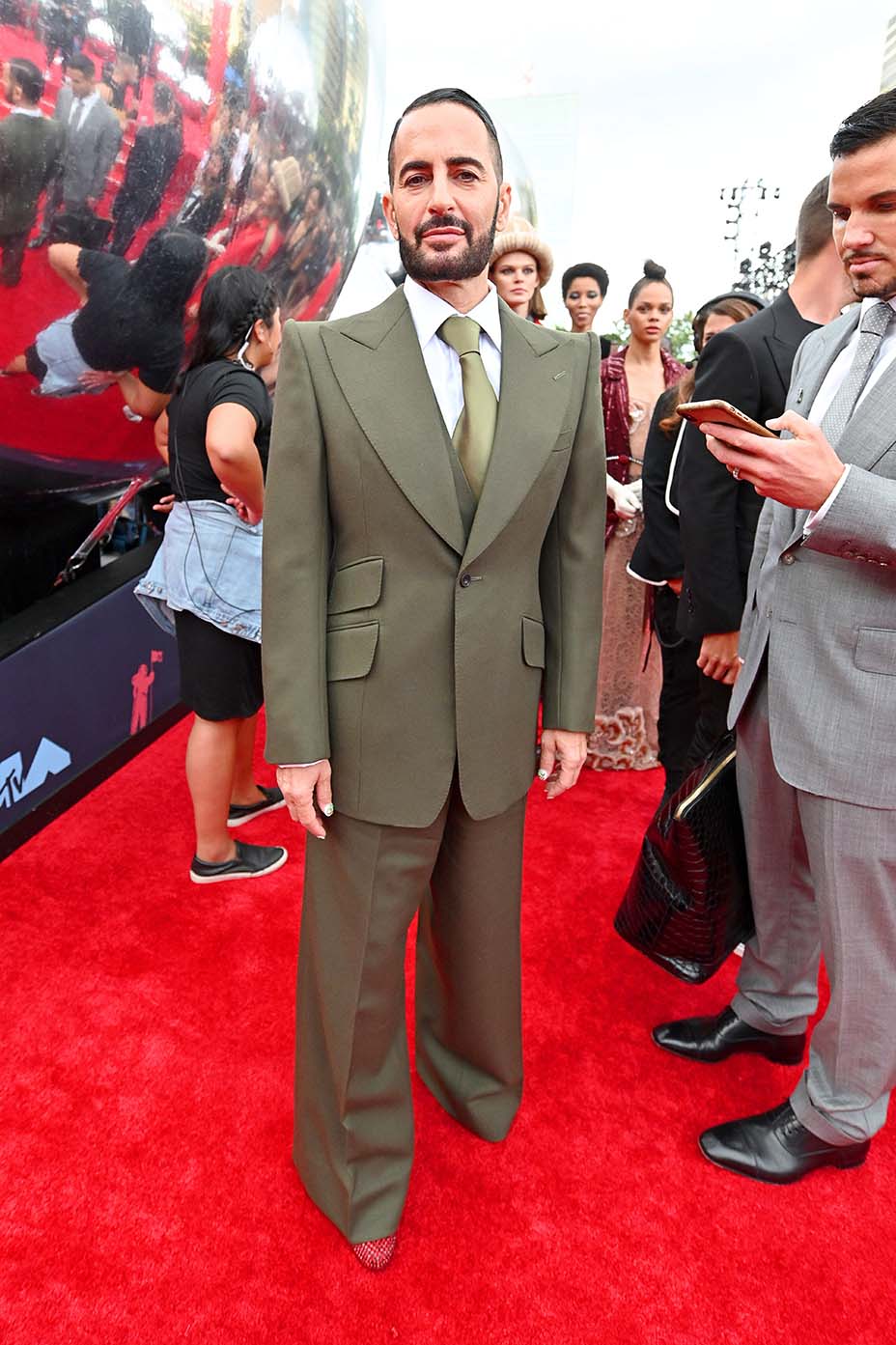 A punk rock fan (his favorites include Sonic Youth, Nirvana, Dinosaur Jr. and Pearl Jam), Jacobs nodded to his passion for music by designing a vintage MTV logo for his spring 2017 resort collection, making Monday’s award all the more fitting. Singers remain some of his biggest muses; at the 2019 Met Gala, Jacobs dressed musicians Rita Ora and Lizzo. The latter “Juice” singer told The Hollywood Reporter, “After we looked at the outfit, it was like, ‘Let’s just really make it camp and just do flamingo pink hair.’ We just like to take it and hype it up. We don’t really think about it.”

Jacobs won the CFDA prize for Womenswear Designer of the Year in 1992 and 1997, the same year he began at Louis Vuitton as creative director before leaving in 2014. The New York native recently launched his new The Marc Jacobs line, which has a flagship on Melrose Place through September (Elle Fanning and Selena Gomez were already spotted wearing pieces).