The end of the world was just the start for the successful science fiction comedy podcast Voyage to the Stars, and after its maiden voyage — sorry, season — of audio adventures. The Hollywood Reporter can exclusively reveal that the series is seeking out a new frontier: comic books, with an upcoming four-part miniseries from IDW Publishing.

The podcast from MWM Universe, which features Superstore‘s Colton Dunn, comedian Janet Varney and Supernatural actor Felicia Day, launched last year, and centers around a crew that has managed to survive the destruction of Earth only to end up faced with an evil out to destroy the rest of the universe. (Despite this, it’s a comedy.)

“It has been such a wild ride experiencing Voyage to the Stars‘ evolution and development into other mediums, such as comic books,” series creator Ryan Copple said in a statement from the publisher on the new project. “The world we built is meant to be experienced in many different ways, allowing fans everywhere to engage with these stories however they want. We can’t wait for people to check out the new stories within these comic books and continue to expand the Voyage to the Stars world in more ways they can enjoy.”

“I’ve loved the fantastically rich, surprising and genuinely funny universe that the Voyage podcast has been creating since it launched,” added Asmus. “Working with their creative team, we quickly found a chapter to tell that is simultaneously a meaningful time for our heroes (grieving the loss of Earth and taking the first steps toward avenging it) and tells a self-contained quest across a pretty wild sampling of the Voyage universe!”

The first issue of Voyage to the Stars will be available with multiple covers — two by Freddie E. Williams II, including a special retailer incentive ink wash cover, and one by Daidone — and released later this year. Two of those covers, and two additional interior pages by Daidone, can be seen below. Voyage to the Stars was created by Ryan Copple and MWM Universe, the IP-division of MWM that acquires and enhances intellectual property by building out story worlds. 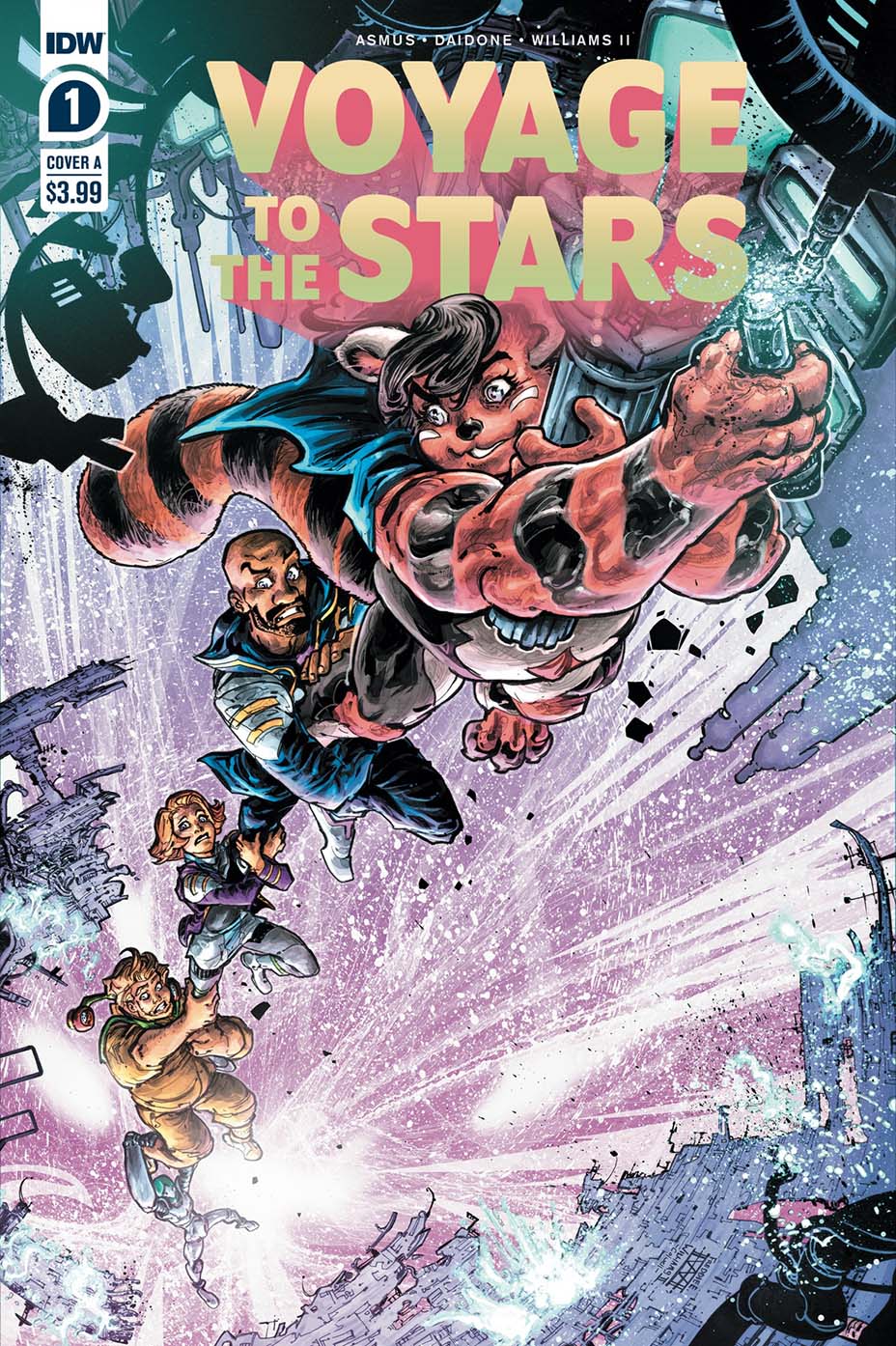 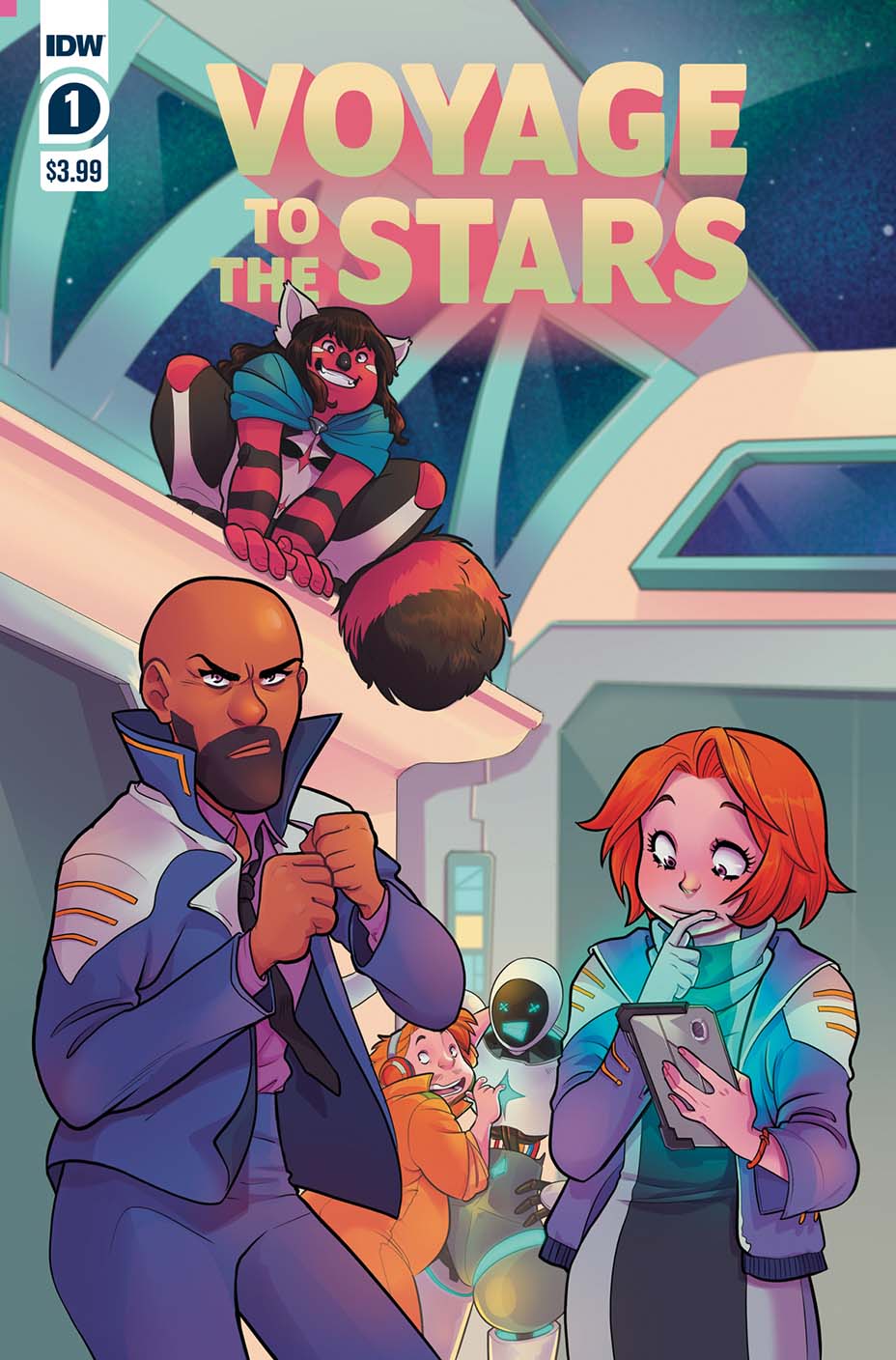 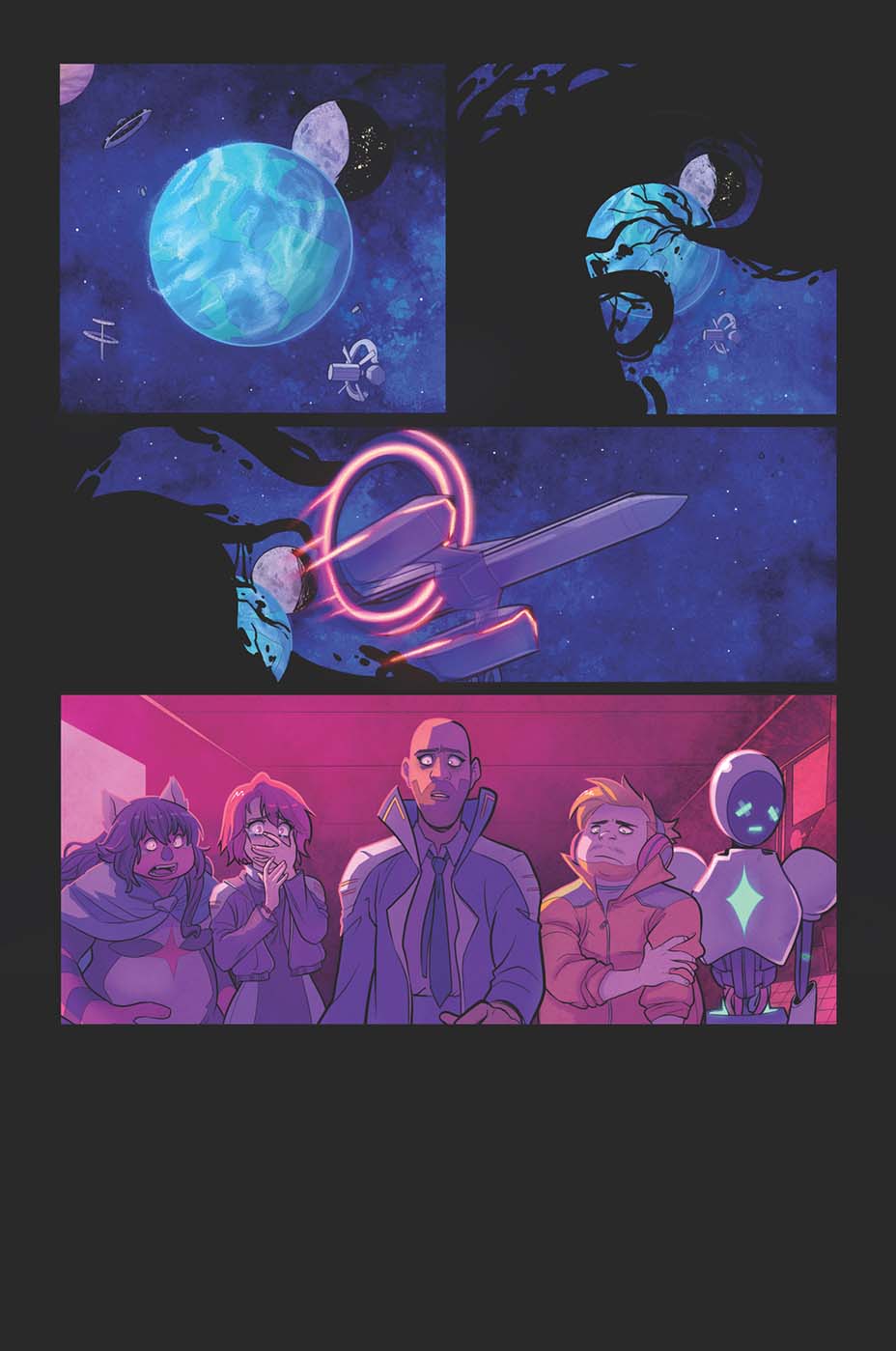 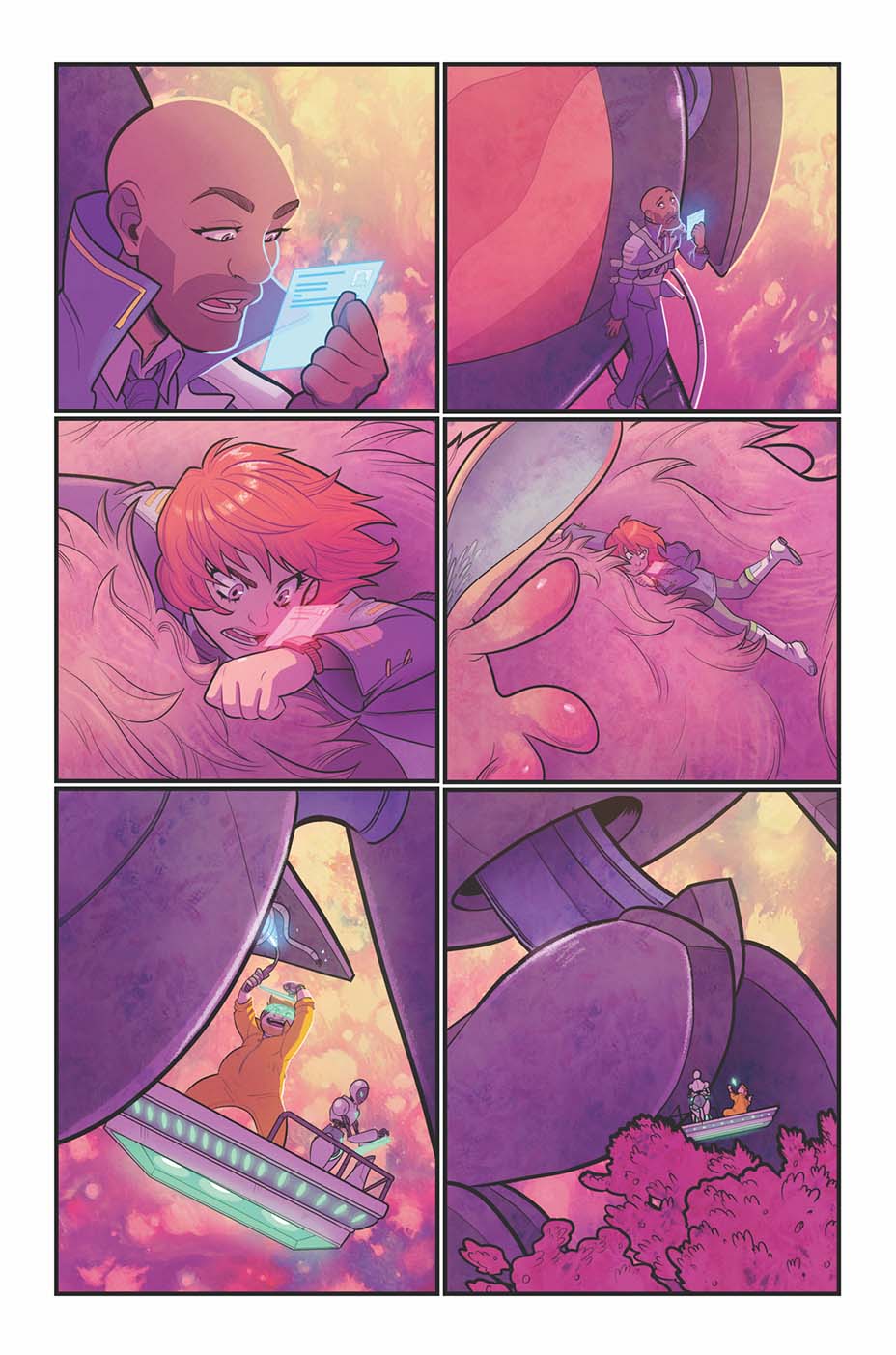