“The only way to deal with an unfree world,” quotes a floating, three-dimensional head that happens to belong to Katy Perry, “is to become so free that your very existence is an act of rebellion.”

The moving image — so beautifully produced in shades of moody blue and red that it looks to be ripped straight from the footage of a high-budget comic book thriller — sets the tone for the entire dark and rebellious world envisioned by Steven Klein for W magazine’s September issue. But what makes the concept so special, is its depth. Literally. Thanks to The Mill, a New York-based company that specializes in VFX and augmented reality projects for various industries, Klein and Perry’s world comes to life at the reader’s fingertips, laid out to explore in all its layers with a thee-dimensional, 360-degree panoramic view. 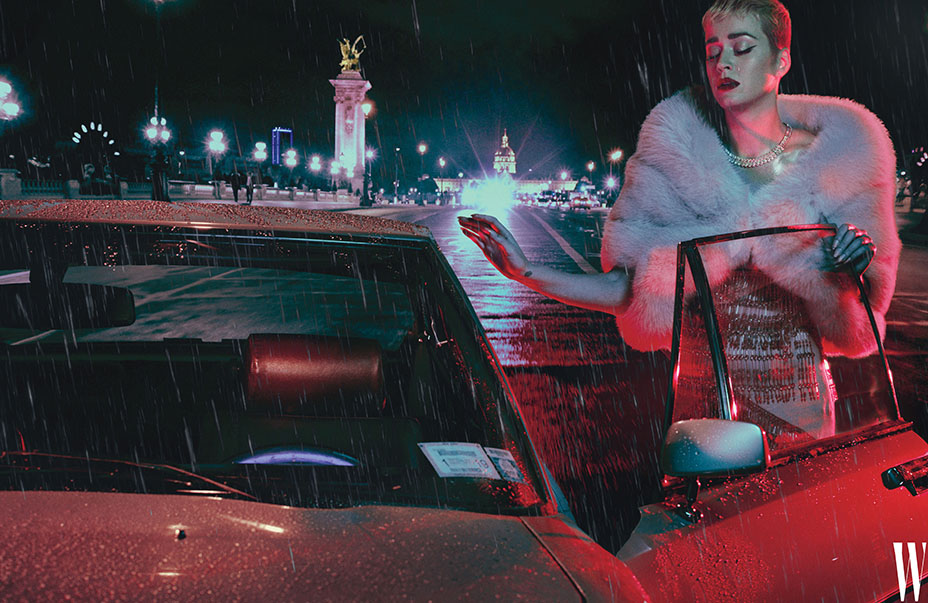 So how, exactly, does it work? First things first, users must download W magazine’s Beyond the Page app (“there’s only one W, it’s very easy to find” notes editor-in-chief Stefano Tonchi with a smile) to whichever device on which they wish to experience the content. Then, all you have to do is scan the pages of the glossy to unlock the interactive world.

Subscribers as well as readers in New York and L.A. will receive the limited-edition cover (on newsstands Aug.14), which shows the aforementioned floating head. Simply hover your device, which will become tethered to the page, over the image and tilt it this way or that way for a closer glimpse at Perry’s neck or perhaps her left or right ears (you know, whatever floats your boat), all without losing the high-gloss quality of the image.

From this default page, Perry’s face becomes the guide to the exclusive cinematographic content; readers are instructed to tap her eyes, her ears, her lips or her forehead to get a closer, exclusive view at Klein and Perry’s world. Three of the pieces of cover content are beautifully staged, gif-like moving images that play on a loop, while the fourth is a music video-esque short film. 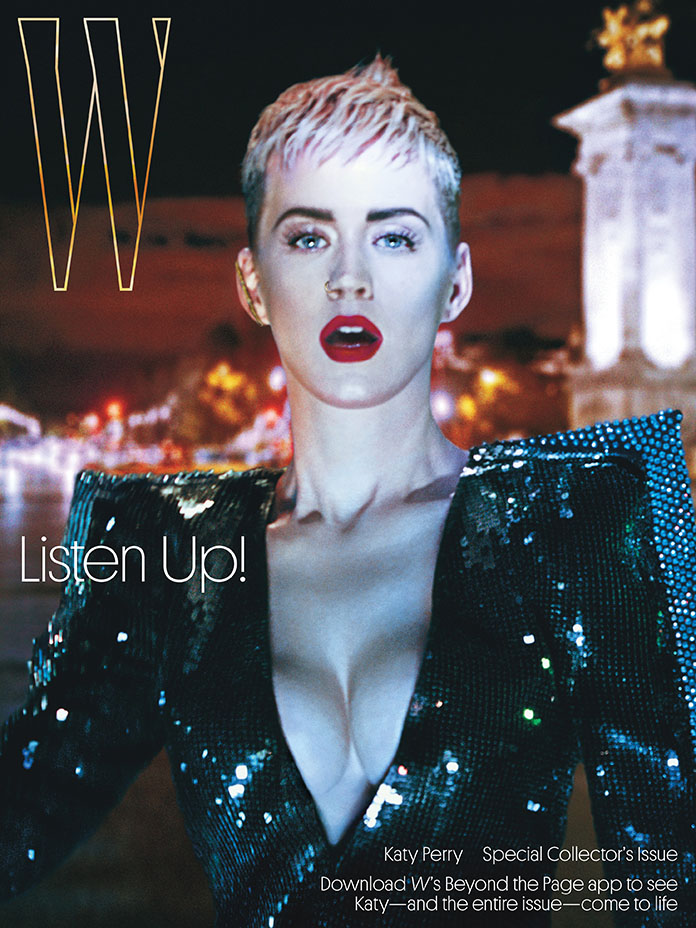 The international cover, which features a still image of Perry, mouth agape, with the headline “Listen Up!” at her side, also has an interactive component. Scan the page to see Perry’s cherry red lips begin to move as she reiterates the cryptic Camus line (made all the more bold thanks to the shoulder-pad sequin Saint Laurent mini she wears, in our opinion).

“It’s a non-specific fictional story about the idea of modernism in Paris, of mixing old and the new together, the past and future,” said Klein of his creation. (The idea of freedom and the concept of rebellion blooming out of oppression certainly resonates with Perry’s own outspoken stance on the political climate over the past year.)

Though the backdrop was crafted partly from images of the streets of Paris, Perry herself was photographed in an empty Brooklyn studio, and The Mill and Klein then worked together to layer the images together to compile the hyper-realistic space that has one foot rooted in reality and the other in a fictional, make-shift digital realm.

Ah, but what if you can get your hands on the glossy? No print, no problem. All of the interactive editorial images, including the special cover, are live on W magazine’s site and can be scanned from a print out or, if you’re worried about conserving paper (or just lazy — guilty), straight from your computer screen. 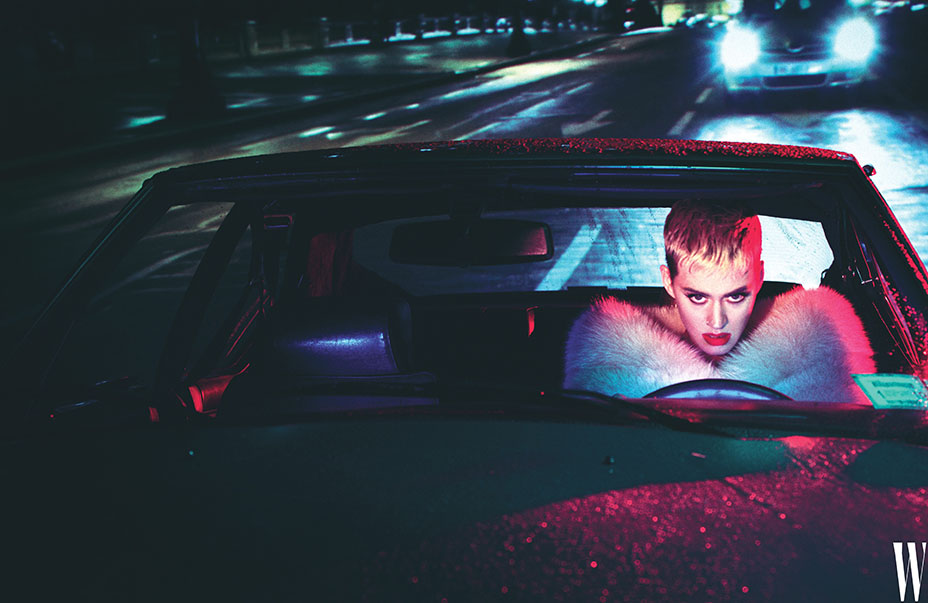 “We kept the DNA of W and we translated it into a digital language,” Tonchi said, referencing the Camus quote as an “intellectual” one in line with the magazine’s high-brow vibe.

“We come from a high-end visual effects world, and this level of aesthetic in AR was the challenge,” added Sallyann Houghton, executive producer at The Mill. “That’s what’s been the excitement for us — emulating print in the moving image.”

There are three other stories that take advantage of the technology throughout the September issue, including a feature on the last living working chimpanzee, which is paired with a short narrated science fiction short story; a fashion editorial by Mert and Marcus that allows models in the city-girl photographs to showcase their sassy, brusque personas; and another fashion editorial which, unlike the others, which unlock videos, simply shuffles the images around right there on the page thanks to the work of a collage artist.

Even the ads — yes, of course there are ads, this is a September issue — which are spliced between the digital content have a beautiful sheen to them, displaying the sparkly fall 2017 Saint Laurent collection by Anthony Vaccarello in fine and flashy fashion.

Whereas magazines have used “scan for more” scams with unsightly QR codes in the past as a convenient albeit clunky means of enticing readers to cross between digital and print worlds (often directing them to superfluous or uninteresting content), the augmented reality feature feels seamless, luxurious and more importantly, provides print junkies who consume the medium for the dreamy editorials that seem to translate so cheaply on the internet, a way to see more of what is in the mind of photographer and videographer Klein.

“I’ll f—ing do all my projects with AR,” Klein said of moving forward with the medium. “It’s a new form of communication that combines the magazine with the 3D world. I think that by next year you’ll see it everywhere.”