As a child, Frank Smith saw a documentary about movie studio chiefs that convinced him he wanted to be in the business — he just wasn’t sure as what. “I wanted to be one of those people pulling the levers behind the scenes,” says Smith, 51.

He went to law school and worked in business affairs, first at New Line, and in 2003 moved to the Anschutz Film Group, the parent company of Walden Media owned by Colorado billionaire businessman Philip Anschutz. As head of business and legal affairs, Smith worked on deals for the Chronicles of Narnia franchise and Journey to the Center of the Earth. Walden restructured in 2013, and within a few years Smith got the CEO gig pulling the levers.

While the company has made many faith-based family films (Anschutz is a Christian who also invests in the NBA’s L.A. Lakers and NHL’s L.A. Kings), Smith says Walden’s focus is on inspirational films. “We’re not trying to make films just for the faith-based audience,” he says. “We’re trying to make the films for the widest audience possible, and everybody gets what they get out of it.”

He has shifted from original productions to co-financing projects with studio partners. Walden has backed The Weinstein Co.’s The Giver, Steven Spielberg’s The BFG and its first PG-13 film, Everest. (Its latest film, the spiritual dramedy The Resurrection of Gavin Stone, nose-dived, opening to $1.2 million in 890 theaters.) Smith, who oversees a staff of 17 in Walden’s Century City offices, has three films set for release: the Julia Roberts starrer Wonder, Sony Pictures Animation’s The Star (Walden’s first animated film) and Universal’s tearjerker A Dog’s Purpose (Jan. 27). The married Brooklyn native spoke to THR about why Walden never will go R-rated, PETA’s claims of animal abuse on Dog’s Purpose after a leaked video showed a German shepherd allegedly in distress and what’s going on with its Nate Parker project. 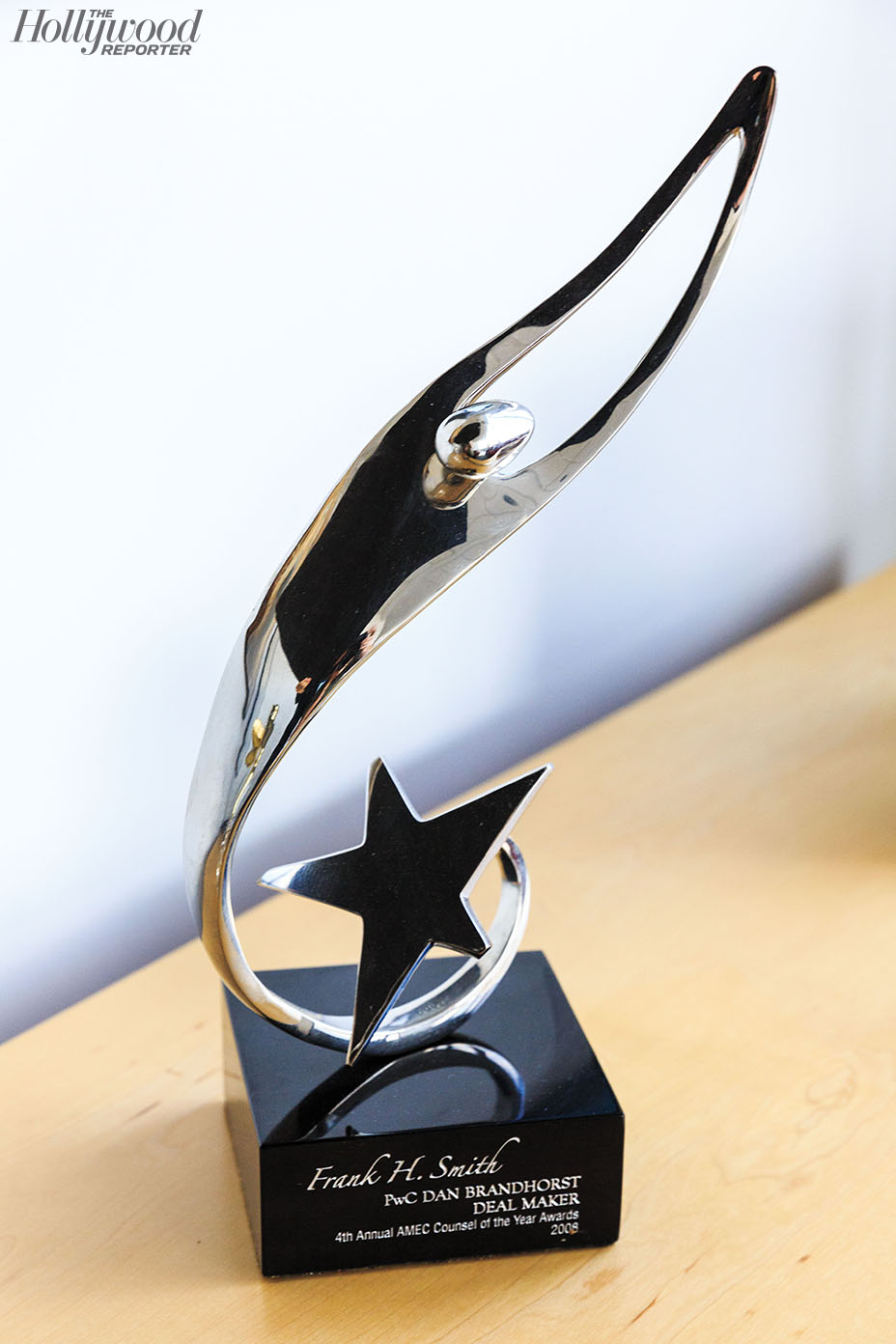 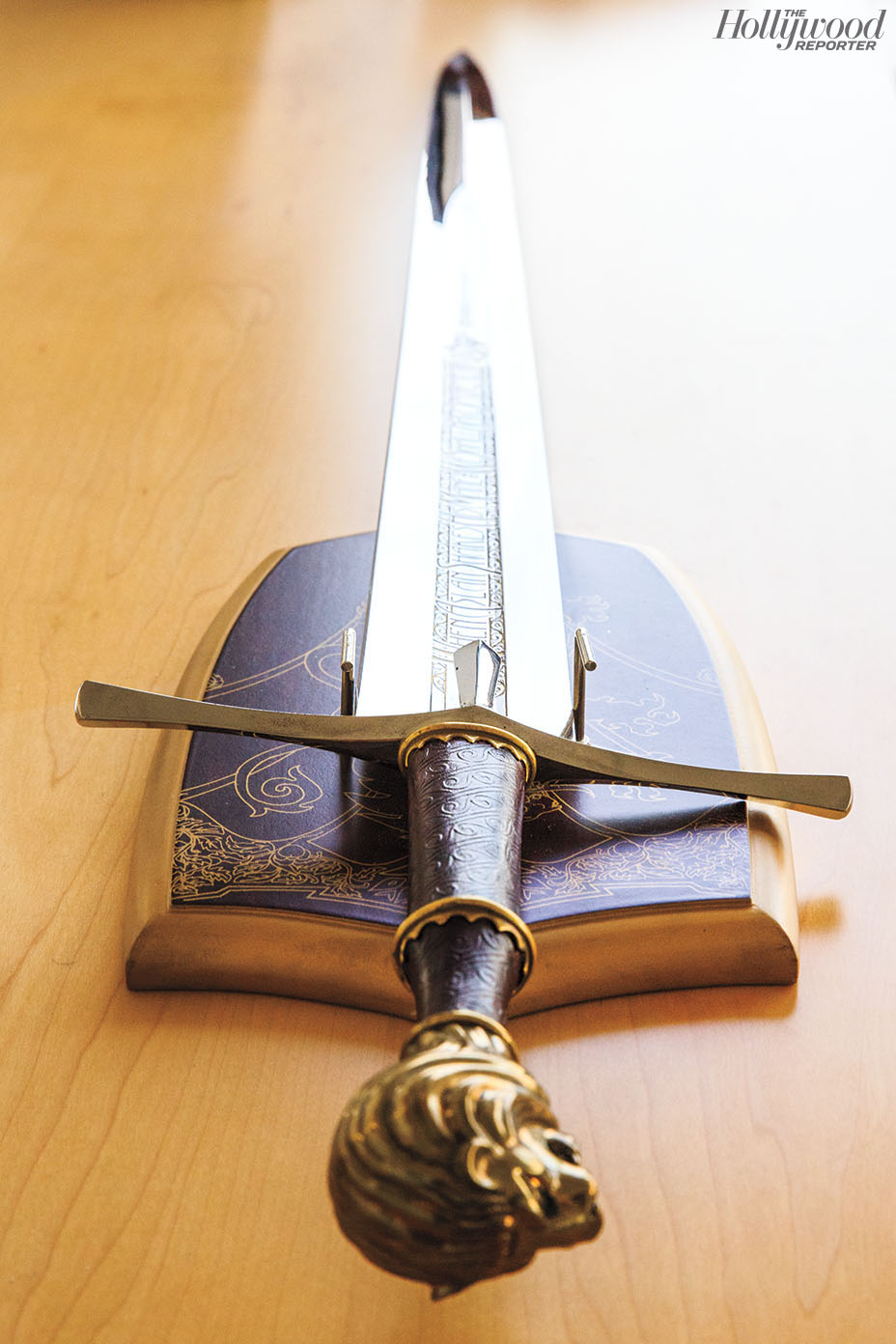 What is your response to the animal abuse allegations on the set of A Dog’s Purpose?

Walden wasn’t the lead on production. I saw that video like the general public on the day it came out. I immediately got on the phone with Amblin. They are working on it and looking into it. I would hope that we can look into the situation and iron things out.

Gavin Polone on 'A Dog's Purpose' Outcry, What Really Happened and Who's to Blame

Has it been challenging to give up control now that you’re serving as a co-financier instead of making your own projects?

It’s very tough when you go from being a 50-50 partner with full creative control in a partnership to only putting 15 or 20 percent in. It’s tough when you have to wrap your head around, “I don’t have the control that I’m used to.” But Walden has certain things that we know that we have to have: We know that the rating has to be a certain thing; we know that the content can’t have language that’s offensive. Our rules and regulations, by the way, are not too dissimilar to Disney. So, going into it what we say is, “Look, even though we’re only putting 15 or 25 percent into a certain production, this is the script we approved, this is the cast we’re approving, this is the budget. And if you’re going to deviate from that, then we’re not approving it.” Our money’s contingent on that. We have development going on with projects that are homegrown — that — if these projects get set up at the studio we’re going to be the lead.

Will you ever make an R-rated film?

No, we will never do an R film, and when we do a PG-13 film like Everest, if you notice, the content of Everest was PG-13 — not for language, not for sexual content or really extreme violence. It was the intensity of that film — people freezing to death. 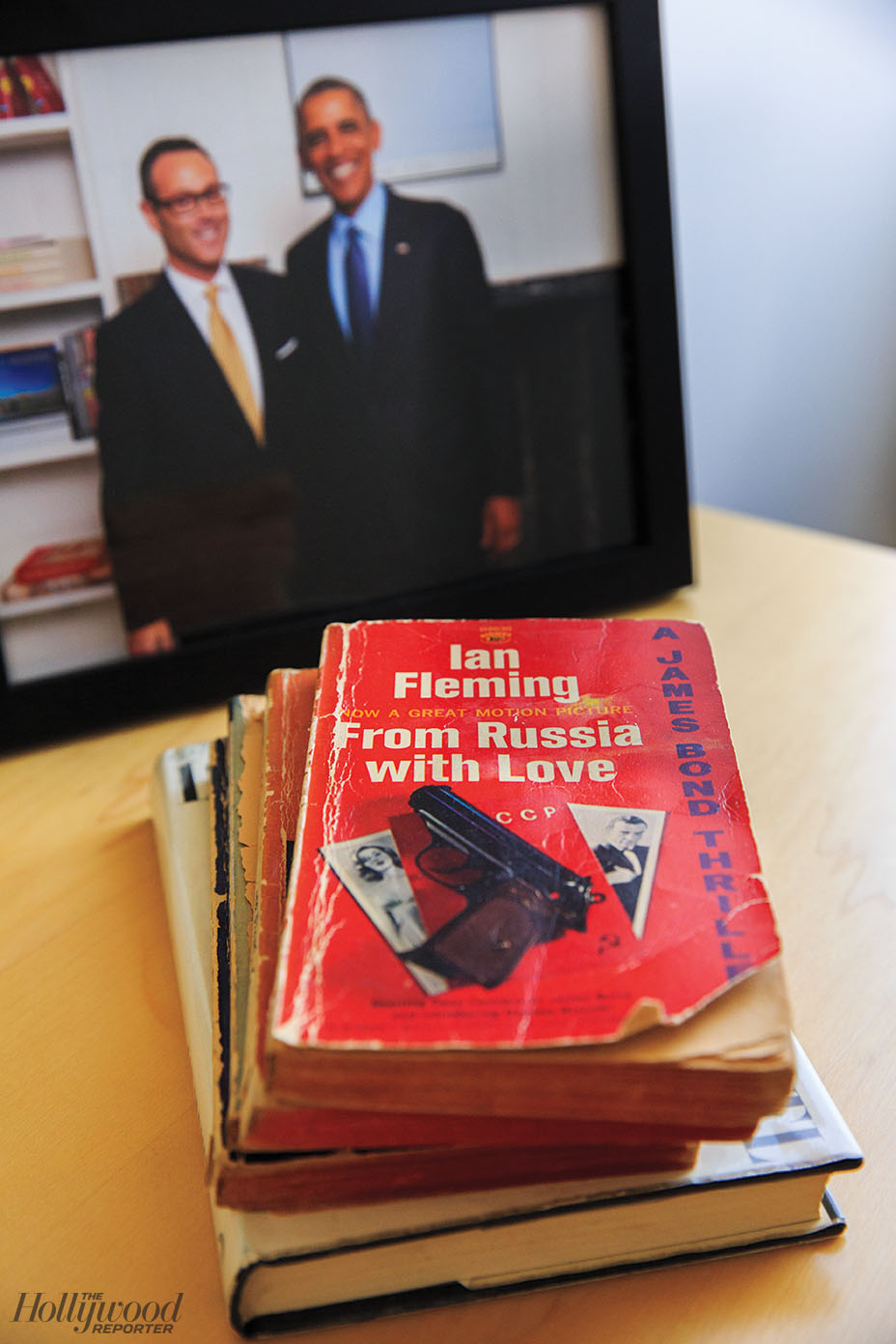 Not even a spiritual movie like The Passion of the Christ, which was R?

No. A good example is Hacksaw Ridge, which we developed for years. When I took over and cleaned house, that was one of the projects I did not get rid of because the script was so good. But we kept putting it to every studio, and every studio was saying: “Maybe if it was R-rated.” But we were trying to not do Saving Private Ryan. [Producer] Bill Mechanic came to me and said, “Look, Mel Gibson wants to direct this, but it will not be a Walden film. Mel wants to make an R-rated, very gratuitously violent but poignant film.” It broke my heart to give the film up because I know Mel’s a great filmmaker, and I knew that they would do a great job with it — and they did.

After the presidential election, do you think Walden has an advantage because its films appeal to the heartland?

The studios are trying to make films for different genres, but the tail wags the dog. The studios and the mini-majors are trying to find things with international appeal, and because of that I think things that might resonate much better in the heartland get sacrificed. But do I think we’re well-poised? No, we’re just doing what we’re doing. I don’t think that the outcome of this election changes anything for Walden. It doesn’t matter who’s in the White House.

When you restructured in 2013, you wanted to also work in TV. How has that been going?

We went out there in the television world as neophytes. We didn’t know anything about television. With the help of the agencies, we decided that best way to go into television was just spend some money and develop our own projects. We have one or two projects in development with some really top showrunners attached. The question for television for us was: Where does Walden fit in TV? Because TV’s gotten so edgy and dark — Westworld and Game of Thrones and Breaking Bad. But we realized, again, there is an underserviced market out there. Touched by an Angel was on the air for 11 years. 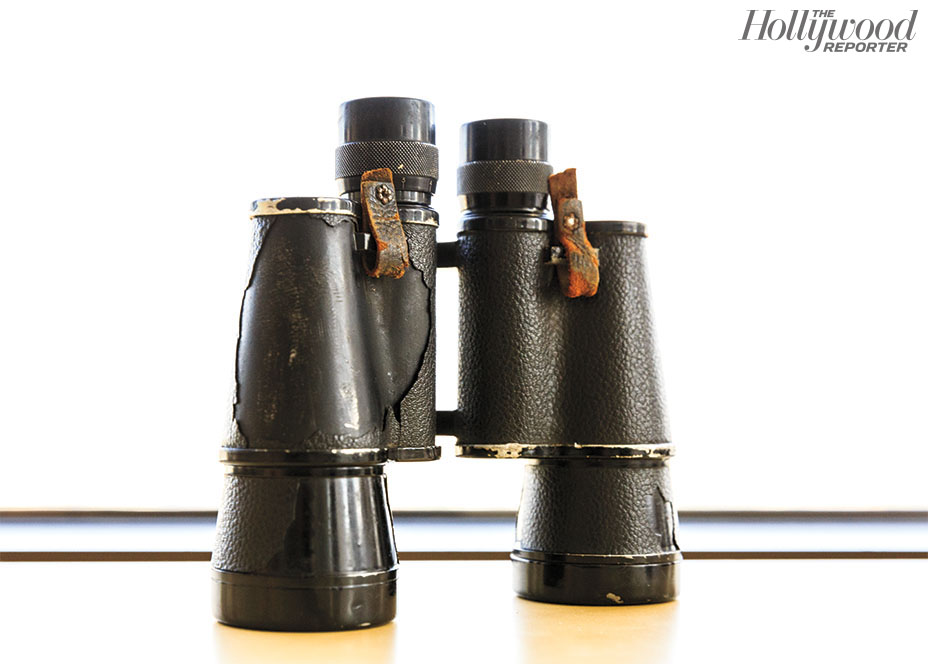 What do you think Netflix and Amazon have done to the film landscape?

I’ll tell you what’s interesting: I’m trying to close a deal for an A-list actor, and he is being offered the same money for a Netflix movie, and I don’t understand how. God bless ’em, they can afford to do it, but it has to be a loss leader — they’re paying him, and they’re giving him backend, which I don’t even understand how they have a backend. It’s getting harder to make A-list deals if they’re in business with Netflix.

There is a new Narnia film in the works without Walden. Why did you decide to let the rights go?

The only way to do a fourth film in the franchise was to reduce the budget significantly, but we felt that the audience had already felt there was a certain level of quality that was there. To come out with something just to grab that audience and do something cheaply was not something that Walden wanted to do — nor Fox. So we made a collective decision to let the underlying rights go.

How would you say making a franchise has changed today?

It’s interesting you should say that because Journey to the Center of the Earth was our other franchise that we’re very proud of, and we got the first two out with New Line and then Warners and the third one is still in development, so I think things have changed but I’m not quite sure how. I’m just finding it harder. The studios are so tentpole-focused that for production companies like us, it makes it very hard because we used to get into bidding wars for projects that potentially could be tentpoles. But now I find it too hard to get into the bidding wars among studios because they’re so hungry. I’m focusing on the things that the studios forgot, which are the $25 million, $35 million, $40 million films.

You hired Nate Parker to write a script before the controversy about his rape trial came to light. What’s the status of that project?

Nate delivered the first draft of the script, and he did a great job. I’m not commenting on what happened, but he’s very talented and he has written a beautiful script. It’s only in development, only the first draft. We have a ways to go. 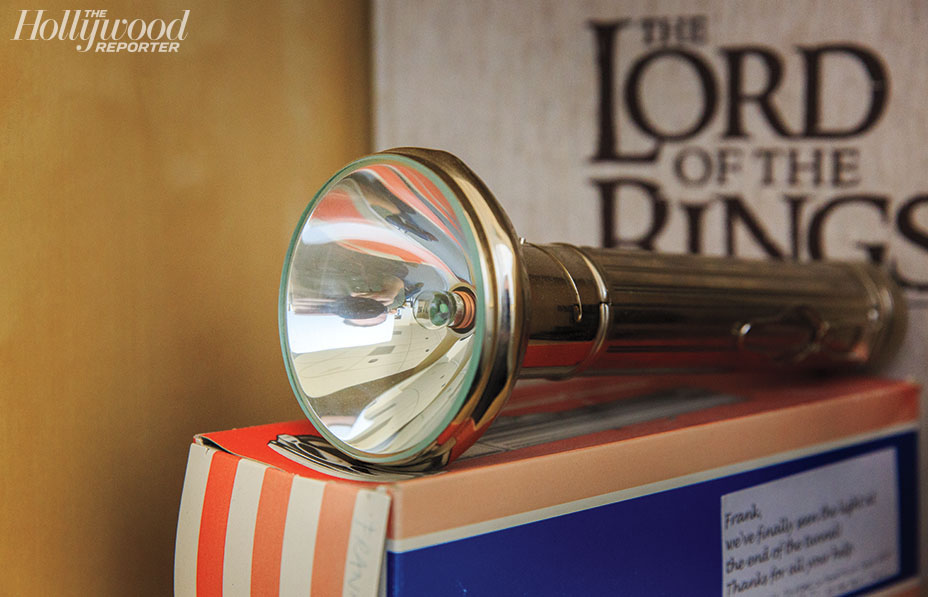 Is there one project or film that got away?

One we were a little hesitant on is The Martian. We read the script; we loved it. I got a little gun-shy. [Fox’s] Jim Gianopulos told me I would regret it.

How do you relax?

This sounds corny, but I actually really enjoy seeing movies.

A version of this story first appeared in the Feb. 3 issue of The Hollywood Reporter magazine. To receive the magazine, click here to subscribe.