When a film’s premise revolves around a boy’s journey to a post-apocalyptic island inhabited entirely by talking dogs, it would hardly seem like material inspired by a real-life place. But perhaps that’s just the case with Wes Anderson’s latest stop-motion animated feature, Isle of Dogs, which will be making its world premiere Thursday as the opening title of the 65th Berlin International Film Festival.

Starring much of Anderson’s usual ensemble — this time: Bill Murray, Tilda Swinton, Edward Norton, Jeff Goldblum, Bryan Cranston, Scarlett Johansson, Greta Gerwig, Frances McDormand, among others (including Yoko Ono) — Isle of Dogs is set in a dystopian future Japan in which dogs have been quarantined on the remote eponymous landmass due to a “canine flu.” When a Japanese boy named Atari (voiced by newcomer Koyu Rankin) ventures to the island to find his lost dog, Spots, the exiled hounds unite to help Atari evade the Japanese authorities who are, of course, in hot pursuit.

Anderson has said the film is most influenced by the work of Japanese director Akira Kurosawa (Rashomon, Seven Samurai, etc.). But perhaps, just maybe, the germ of Isle of Dogs actually comes from an eccentric feature of modern-day Japan itself. For not only does Japan actually have an island bizarrely overrun with a single species of pet — it currently has more than a dozen of them.

The most common flavor of Japan’s weird animal isles is feline. There are an estimated 11 Japanese islands — 10 in the ocean, one in a lake — mysteriously inundated by huge numbers of cats. Perhaps the best known among them is Tashirojima, situated in the Pacific Ocean off the northeastern coast of Japan’s main island of Honshu. The population of the island’s remaining fishing village has dropped to less than 100 people, but there are hundreds and hundreds of cats (they seem to be facing none of the demographic ills that are blighting the human populations of Japan’s rural regions).

Local legend has it that silk production was once one of the village’s primary economic activities, and the cats were introduced to prey upon the mice that were known to nibble silkworms. Today, in any case, Tashirojima’s chief economic activity is cat tourism, with a steady stream of Japanese and foreign visitors arriving by ferry each day to snap selfies among the herds of roaming, mewing felines. The island is even home to a Shinto shrine dedicated to the house cat (aka F. silvestris), along with some simple vacation rental properties shaped like cats and decorated in cat themes by famed manga artists.

The island of Miyajima, off the coast of Hiroshima, is easily Japan’s most visited animal-filled (infested?) island. Here, you’ll find hundreds of entirely tamed Japanese Shika deer, which amble about elegantly among the tourists, often nuzzling a pant leg in hopes of a snack. If it weren’t for the fact that Miyajima is also home to Itsukushima Shrine, a UNESCO World Heritage Site and one of Japan’s top tourist draws, it just might be named Shikajima (“deer island” — instead, Miyajima means “shrine island”). But why are the deer so surreally tame? According to local folklore (possibly apocryphal), the deer of Miyajima once were believed to be sacred messengers of the spirit realm, and up until 1637, killing one was punishable by death. Harming the island’s deer remains a crime under Japanese law, but the punishment has been somewhat reduced.

Perhaps the hottest attraction in the weird world of Japanese animal islands at the moment is Okunoshima, aka Bunny Island, two miles off the coast of the Japanese city of Takehara, also in Hiroshima Prefecture. Okunoshima probably comes closest to the curious mix of dystopia and storybook wonder evinced by Anderson’s new film.

During the lead-up to World War II, Okunoshima housed a secret Japanese imperial army facility that produced thousands of tons of poison gas and other chemical weapons. The program was so secret — not to mention forbidden by international treaty — that the island was removed from official Japanese maps for a time. Today, the vibe on Okunoshima is rather different, with approximately 1,000 semi-domesticated bunnies hopping around and calling the place home. Day visitors can buy packets of cabbage to feed to the swarms of lagomorph, and the Poison Gas Museum (established in 1988) is also an option, if you’re more in the mood for a diverting reminder of the horrors of war. On the topic of the animals’ origins: Rabbits were indeed used as test subjects at the gas factories, but local authorities insist that they were all euthanized by the American military after the war. The rabbits occupying Okunoshima today have a happier genealogy — they are said to descend from a group of their kind released by schoolkids to celebrate the establishment of a public park on the island in the 1970s.

Back on the Japanese mainland, up in the mountains of Miyagi Prefecture, there sits a village named Zao, famous as the home to a large number of sacred tamed foxes coming in six different species. And down off the coast of southern Honshu, there is a small landmass literally named “Dog Island” (“Inujima” in Japanese, which is the exact title that Fox Searchlight will be using to distribute Anderson’s film in Japan). Alas, there are no actual dogs on Japan’s real Isle of Dogs — but that’s what we have Wes Anderson for. 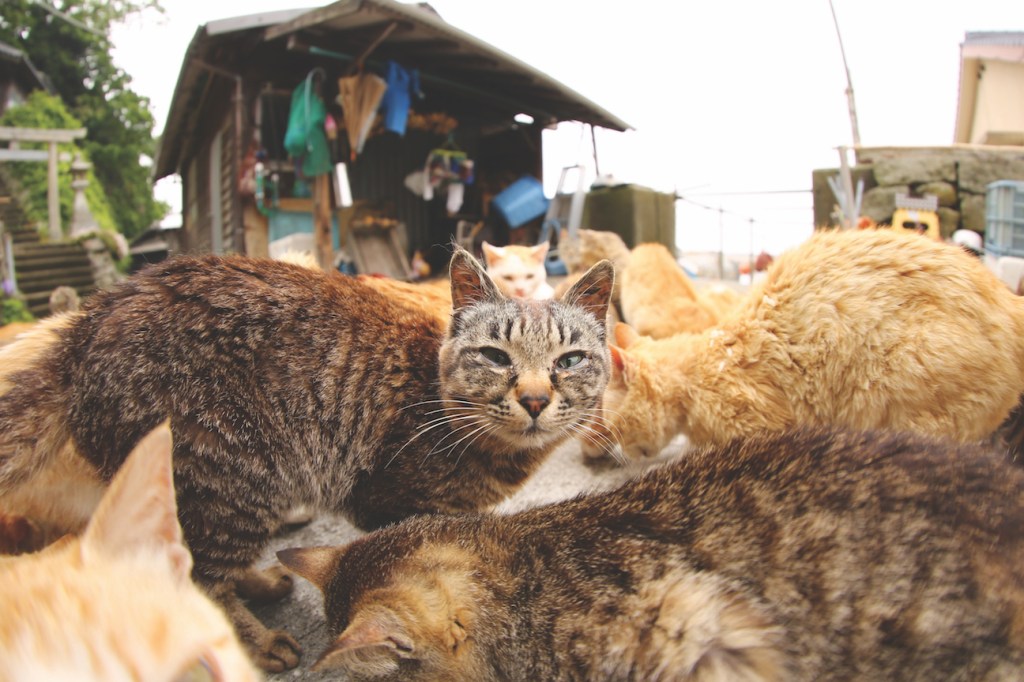 This story first appeared in The Hollywood Reporter’s Feb. 15 daily issue at the Berlin Film Festival.