The Daytime Emmy Awards return for their 46th year on May 5, honoring the year’s best in midday TV with hosts Mario Lopez and Sheryl Underwood. The true host with the most, though, may be Wayne Brady, who landed three nominations — best game show host (a trophy he won in 2018) and best game show for CBS’ Let’s Make a Deal as well as best guest performer for his work on the network’s The Bold and the Beautiful. Ahead of the show (where Judge Judy Sheindlin will be honored with the lifetime achievement award), four-time Daytime Emmy winner Brady, 46, talked to THR about his historic nominations, his foray into soap operas and what makes a great host.

Let’s Make a Deal first came on the air in 1963. Why has it been successful for so long?

What do you look for in a good awards show host?

I want someone who makes me feel at ease. A good host, you should never feel nervous, it’s like being welcomed into someone’s home. If you’re nervous when I invite you in because you think I’m going to kill you, then maybe you might not want to be my guest. You want the host to make you feel as if the next two hours of your life will be easy and you’re going to laugh and have a great time. You should never be nervous that they’re going to say something unfunny, that they’re going to say something untoward, or that they’ll just mess up.

You’re up for a guest turn on The Bold and the Beautiful — how does that compare with all the nominations you’ve received?

I’ve been an actor since I was 16, so for 30 years I’ve been doing this in one form or the next, and I’ve been recognized for what I can do plenty of times onstage. This was the first time, though, to get a nomination as an actor for something that I’ve been doing since I was a teenager ­— even if some naysayers were like, “Really? It’s a soap opera.” Well, I don’t see your butt on a soap opera. So the fact that it was for creating a character, it really was special to me. I’m so proud to be nominated and representing not just Let’s Make a Deal, because that’s my home family, but now to be representing my Bold and the Beautiful family, that’s pretty awesome. I think I’m the first cat that’s been nominated for an Emmy as an actor during the day and as the host of a game show, and as a producer on a game show that’s been nominated. I think I’m the first, so they can suck it. Yay, me! 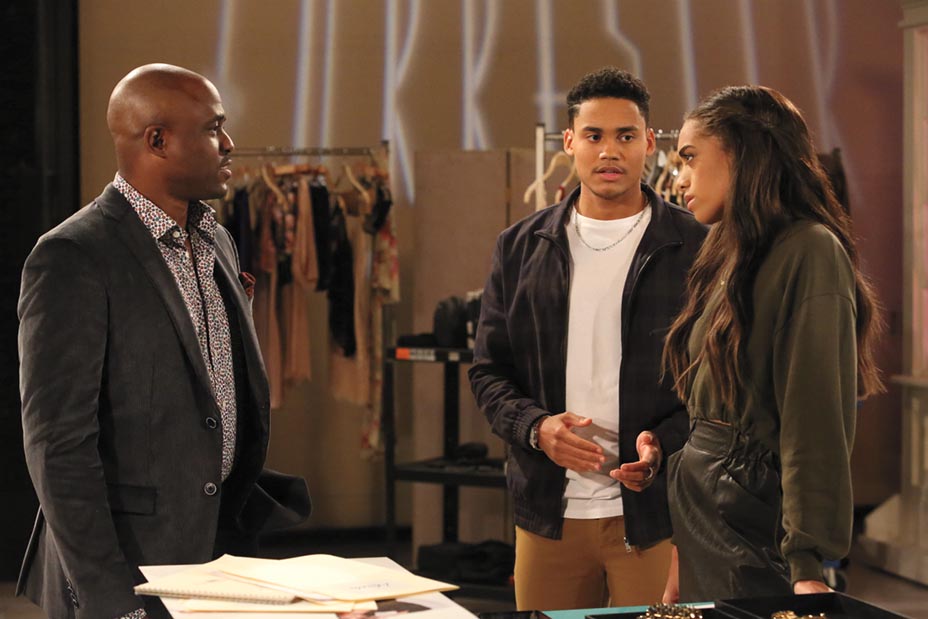 What is your best memory from your many trips to the Daytime Emmys?

The best memory that comes in No. 1 was last year, when I came with my beautiful daughter, Maile, and she was the one who convinced me to go because I’d just finished doing a show. I was really tired and I thought, “I’m just going to show up again and lose again.” She said, “Dad, I want to get dressed up, I want to go,” so we get dressed up in our tux and our dress, we go, we are having a great time just laughing and horsing around, and then they call my name. I don’t get surprised easily in life, but that is one of those times that if you look at that shot, my mouth is wide open and I’m laughing. And being able to accept the award with her onstage and holding her hand, that is the proudest I’ve ever been.