Continue to The Hollywood Reporter SKIP AD
You will be redirected back to your article in seconds
Skip to main content
September 8, 2020 7:00am

“Weeks upon weeks upon weeks.” That’s how long it took, says costume designer Lou Eyrich, to gain Ryan Murphy’s approval on the precise hue and weight of the bluish-green fabric for the hospital uniforms in Ratched, his origin story for the nurse memorably played by Louise Fletcher in 1975’s One Flew Over the Cuckoo’s Nest. The horror series, starring Sarah Paulson as Mildred Ratched, premieres Sept. 18 on Netflix.

Eyrich and co-costume designer Rebecca Guzzi are used to Murphy’s meticulous attention to detail. “I’ve worked with Ryan for 20 years, so there’s a little bit of shorthand, but this project seemed very special to him,” Eyrich says. One Alfred Hitchcock film was a primary inspiration, Guzzi adds. “Ryan was really big on Vertigo as a visual reference, and green in that film represents violence, lust, oppression and envy,” she says, “so we dabbled in green for all the principal characters at some point.”

Ratched is set in 1947, which allowed the duo to channel a key fashion moment. “We referenced Dior’s New Look for Sarah,” Guzzi says. “Mildred has this aura of armor about her, so we wanted that architectural New Look silhouette when she goes into her job interview [at the hospital], to convey the idea that she’s putting on her battle armor.” 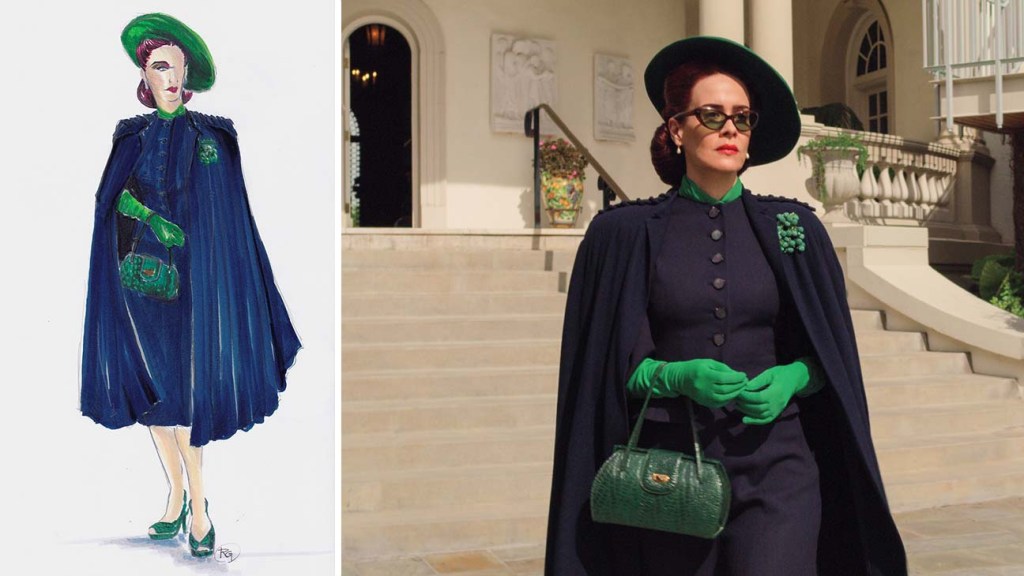 Also inspired by production designer Judy Becker’s storyboards, the pair created a bold palette meant to stand out against the settings and create, according to Eyrich, “a more elevated air of mystery.” But it’s the color and tonal effect of the uniforms — “the fact they are so stylized, so green,” Guzzi says — that will surely catch viewers’ eyes.

“It’s not your usual nurse uniform,” she adds. “I don’t think there’s anything like it out there.” 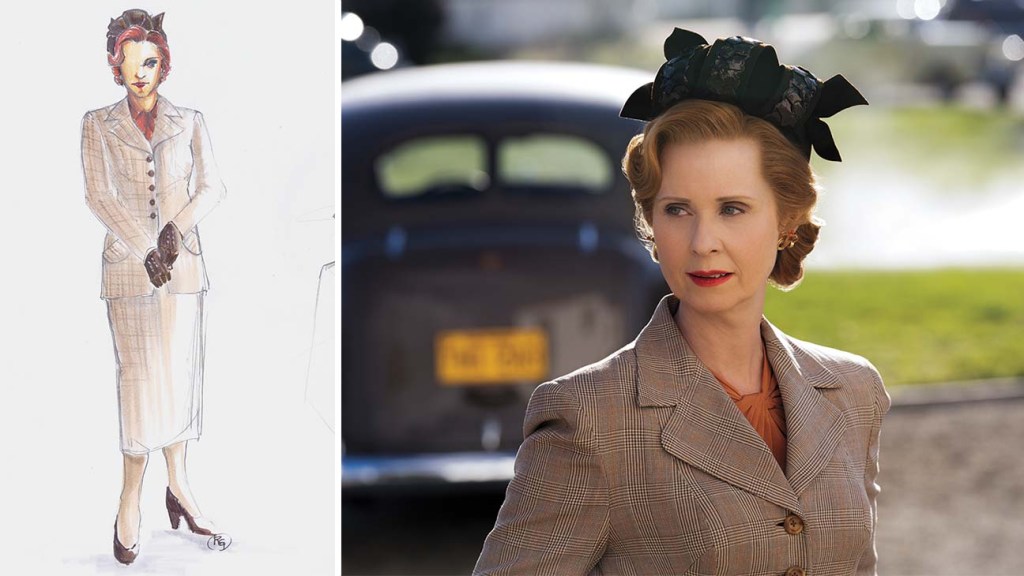