Producers Scott Rudin, Barry Diller and David Geffen on Wednesday announced complete casting for the upcoming Broadway revival of West Side Story, a radical reimagining for the 21st century to be directed by Ivo van Hove and choreographed by Anne Teresa De Keersmaeker.

Playing the doomed lovers crossing lines of prejudice and hate, Juilliard discovery Shereen Pimentel, who made her Broadway debut at age 9 in The Lion King, will star as Maria, opposite Isaac Powell, seen in the recent revival of Once on This Island, as Tony.

The part of Maria’s brother Bernardo, leader of Puerto Rican street gang The Sharks, will be played by Amar Ramasar, the New York City Ballet principal who made his Broadway debut in 2018 in Carousel. The plum supporting role of Bernardo’s girlfriend Anita has gone to Yesenia Ayala, who appeared in the same Carousel revival. The other key role of Riff, Tony’s best friend and leader of rival gang The Jets, will be played by Ben Cook, one of the original Broadway cast of Mean Girls. Both Ayala and Cook also will appear in Steven Spielberg’s screen remake of West Side Story.

Premiered on Broadway in 1957, West Side Story retells the tragic Romeo and Juliet tale of young lovers from feuding families against the backdrop of ethnic gang violence on New York’s Upper West Side in the pre-gentrification 1950s. It features a book by Arthur Laurents, music by Leonard Bernstein and lyrics by Stephen Sondheim. The original production ran for 732 performances, with a 1960 return engagement running an additional 249 shows. The musical was revived on Broadway in 1980 and 2009.

Van Hove’s production will be the first major staging in the U.S. to depart from the classic template of original director-choreographer Jerome Robbins’ iconic dances, immortalized in the 1961 film version that won 10 Oscars, including best picture. The Broadway revival will feature all-new choreography by Belgian modern dance luminary De Keersmaeker. It begins previews Dec. 10 at the Broadway Theatre, with an official opening night set for Feb. 6, 2020.

“This is not like any West Side Story anybody has seen,” Rudin told The Hollywood Reporter. “It is being treated as a new work — and being made by a group of artists who have made a remarkable amount of visionary theater for their whole lives. Having done two shows with Ivo that I loved doing, this is a hugely important show for us. We’re honored to have the opportunity to do it.”

“There are very few musicals that were written 60 years ago that feel like they were created this morning,” added the producer. “This is that show.”

The West Side Story revival marks the formation of a new powerhouse producing triumvirate of industry heavyweights. While Diller has been involved in several of Rudin’s Broadway productions since 2013, including The Humans, Three Tall Women and To Kill a Mockingbird, among others, this marks Geffen’s return as a principal Broadway producer for the first time since the 1980s, when he was a lead producer on hits like Cats, Dreamgirls and M. Butterfly. He also was one of the original producers on the off-Broadway cult musical Little Shop of Horrors, which ran for five years in its 1982 premiere run.

“This is, in fact, the beginning of an ongoing partnership,” explained Rudin of the new producing team. “It comes out of long friendships and long working relationships that are enormously important to me, and have been for many years. Barry and David are the two smartest people I know. We like each other, we like making work together, we’re good friends and good collaborators — it’s a very natural and easy fit, and we all bring something different to the table. They are both much, much smarter than me — and frankly, I’m just happy to be in the room.” 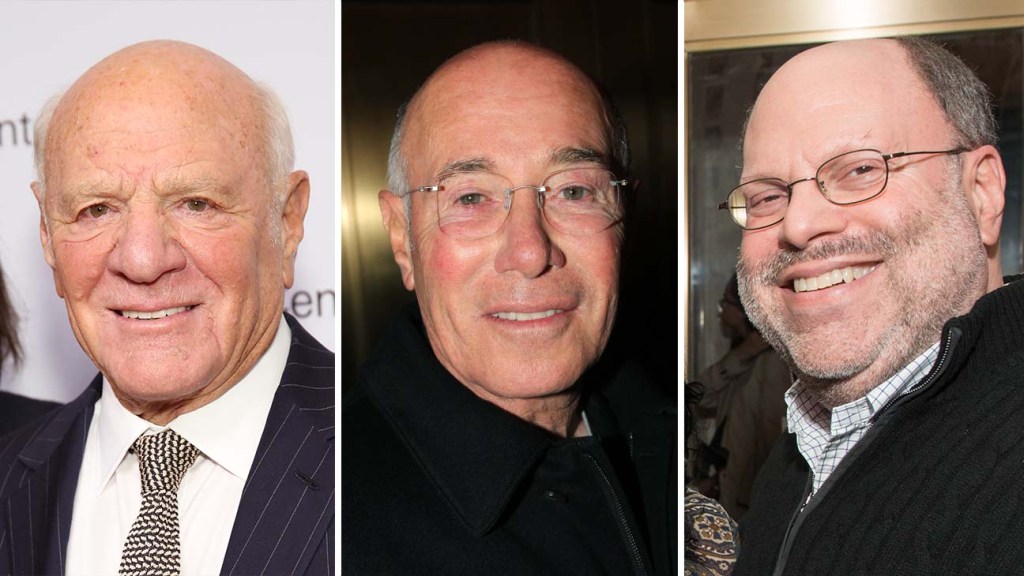 The West Side Story ensemble includes Thomas Jay Ryan, who appeared in van Hove’s Broadway revivals of the Arthur Miller dramas A View From the Bridge and The Crucible (both produced by Rudin) and is something of a lucky charm for the Tony-winning director, this marking their fifth production together. Ryan will play racist cop Lt. Schrank.

Other Broadway vets include Ahmad Simmons (Hadestown) as Diesel; Danny Wolohan (To Kill a Mockingbird) as Officer Krupke; Jacob Guzman (Newsies) as Chino; Daniel Oreskes (Oslo) as Doc; Pippa Pearthree (Tuck Everlasting) as Glad Hand; and Kevin Csolak (Mean Girls) as A-Rab. Like Ayala and Cook, Guzman and Csolak also appear in the ensemble cast of the Spielberg screen remake, which is set to be released by Disney on Dec. 18, 2020.

Perhaps what’s most notable about van Hove’s West Side Story cast is the possibly unprecedented number of youthful newcomers, with 23 actors making their Broadway debuts.

“I couldn’t be more excited by this cast and this group of collaborators, featuring more Broadway debuts than I can ever remember,” said Rudin. “West Side Story is fundamentally about the life of kids — and this wildly gifted ensemble will, I expect, deliver and amplify the energy Ivo and Anne Teresa are bringing to this incredible piece created by the four giants who made it. It’s a pedigree no other historic title shares.”

“I’m extremely grateful to Steve Sondheim, and to the estates of Leonard Bernstein, Arthur Laurents and Jerry Robbins, for allowing us to do this,” continued Rudin. “They don’t perceive West Side Story as an antique to be preserved in amber — and they know that for it to live, and to stay alive, they have to encourage artists of this caliber to engage with it. West Side Story will always be there. This is simply the next iteration of it.”

Rounding out the company are Gabi Campo, Carlos Gonzalez, Corey John Snide, Ricky Ubeda and Tony Ward, all of whom have previous Broadway credits. Gonzalez and Ubeda are yet more members of the cast doing double duty in the Spielberg film.