The dedicated space will be a home base for stylists and costume designers, with its own VIP green room for fittings, and a hotline to a coordinator who can help corral resources from various stores at the shopping center, including Nordstrom, Aritzia, J. Crew and many more.

Westfield is also announcing a partnership with the Costume Designers Guild, which will include sponsorship of the annual awards ceremony on Feb. 20, 2018. 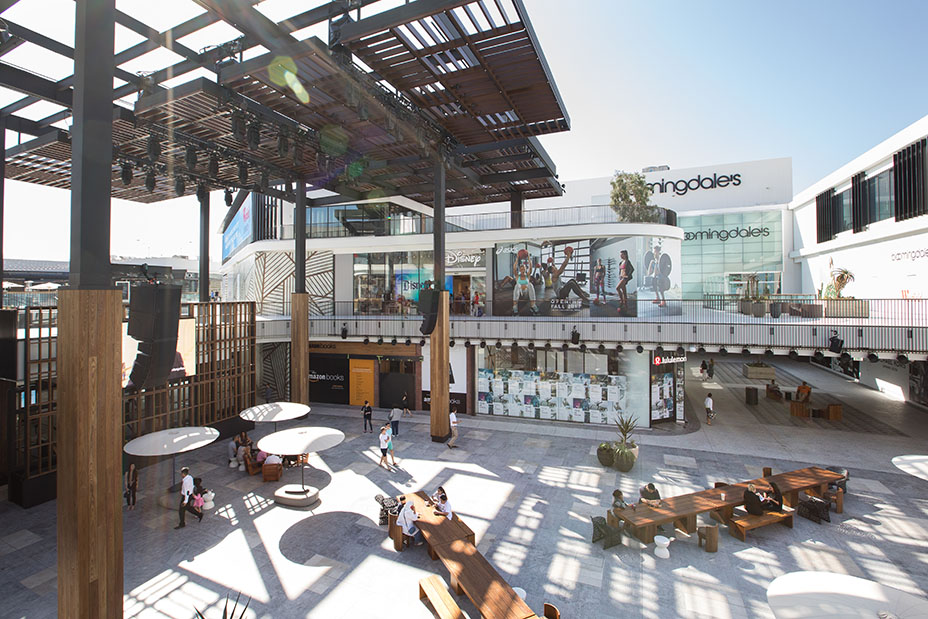 The mall’s focus on costume designers speaks to the tremendous sales volume some retail stores in Los Angeles earn from studio services: as much as 50 percent of revenue at some local boutiques, according to industry sources. While some local stores, including Bloomingdale’s and Ted Baker, have their own studio service teams, others do not, and Westfield is aiming to fill that void to better serve its retail partners.

“We aren’t looking to do the job for costume designers, but if you are looking for black halter dresses, we can tell you five stores that might have them,” says Heather Vandenberghe, Westfield’s chief marketing officer, who has a particular fondness for costume designers, having established studio services for Bebe when she worked there in the 1990s, when the TV show Ally McBeal helped put that L.A. brand on the fashion map.

The Westfield Century City services, which include a click-and-collect feature that will allow costume designers to pick up merchandise curbside, is rolling out now and will be fully operational when the mall reopens Oct. 3.

The project reflects the retail developer’s desire to plug into the local Hollywood community and to the heritage of the mall’s location — it was the original back lot for Twentieth Century Fox Studios, where Shirley Temple and Marilyn Monroe once roamed, and where such classics as The Grapes of Wrath and Miracle on 34th Street were filmed.