For a third consecutive year, the traditional TV and home video market will fall in the U.S., and it is expected to decline through at least 2022 as cheaper offerings from Amazon, YouTube, Hulu and especially Netflix take their toll, according to a PricewaterhouseCoopers study released Tuesday.

Traditional TV and home video, which includes pay TV subscriptions, DVD rentals and sales, and VOD, appears to have peaked in 2015 at $110.3 billion. This year, it will hit $102.5 billion and will sink to $96.1 billion in 2022, according to the study. Netflix-inspired cord-cutting is the culprit, says the research firm, noting that at the end of last year, 73 percent of U.S. households subscribed to a cable, satellite or telecom TV service, down from 79 percent in 2015.

In some cases, traditional TV is cannibalizing its customers with skinny bundles, like Dish Network through its Sling product, which has 1.7 million subscribers, while satellite rival DirecTV has about 1 million subscribers for its DirecTV Now, the study says. To keep subscribers, legacy TV needs to spend on premium content, but it’s getting increasingly difficult to compete with the digital upstarts, with Netflix spending $6 billion last year while Amazon spent $4.5 billion.

Netflix's Ted Sarandos on Obama Deal: "It's Not the Obama Network"

Unlike pay TV, the domestic film industry is expected to grow over the next five years, from $10.5 billion this year to $11.3 billion in 2022, as ticket prices rise even though fewer Americans will head to theaters — also courtesy of Netflix and other competition, according to the study.

“Another key challenge is windowing,” says PwC, since exhibitors seem intent on keeping a 12-week gap between a film’s release and its ancillary exploitation. But there, too, Netflix is muddying the waters, as it increasingly produces movies that are released to subscribers the same day they go to theaters.

Total Entertainment
Most categories worldwide will show growth over the next five years — notable exceptions include print and physical home video — but nothing is growing faster than virtual reality. 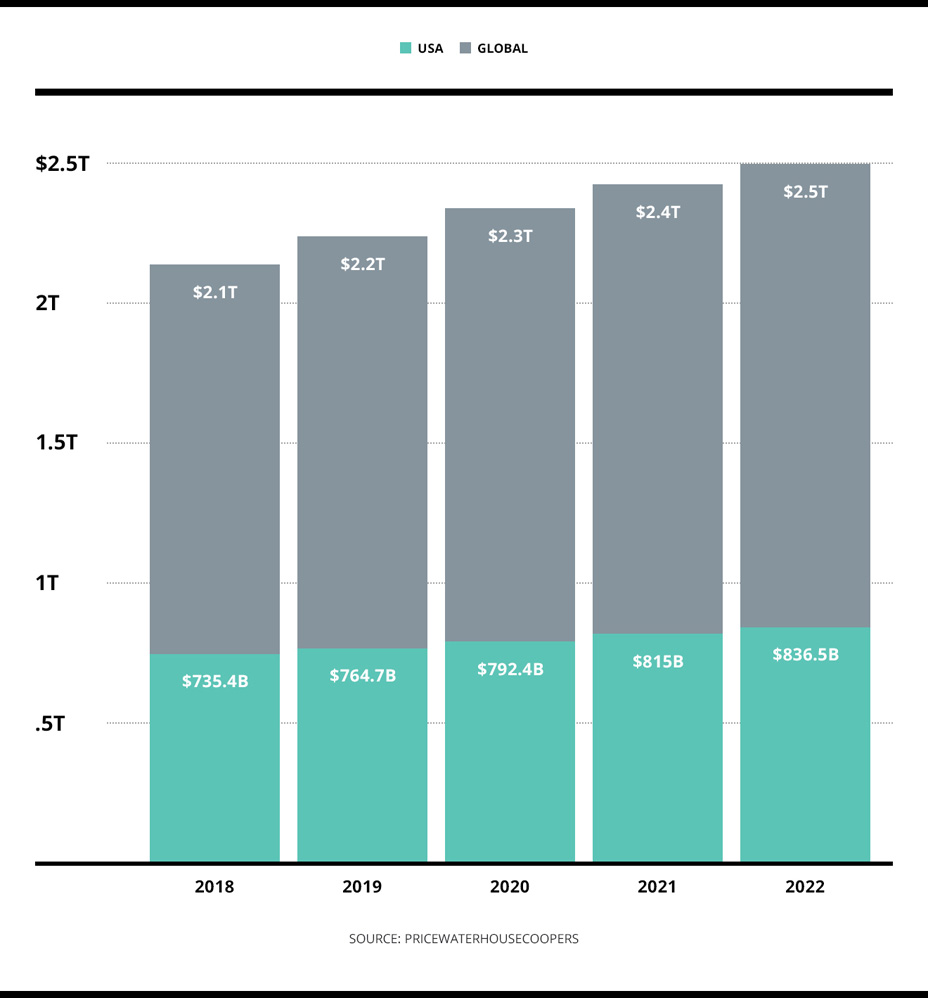 Box Office and In-Theater Advertising
North America will be the slowest-growing region globally, while Asia Pacific grows fastest, driven by 10 percent annual growth in China, where revenue will hit $14.2 billion in 2022. Government restrictions will remain a challenge, however. 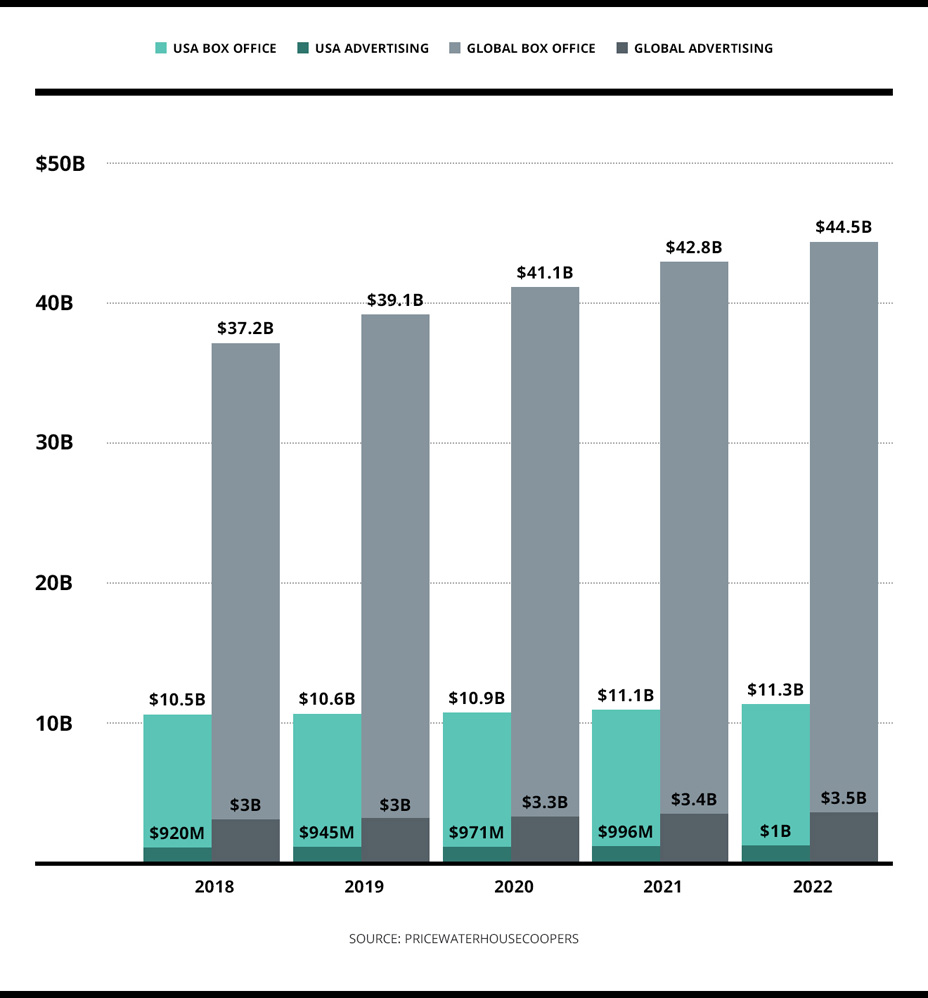 Virtual Reality
Games will be half the market by 2022, while video, including movies and TV, will be the other half, with televised sports particularly promising. VR brought in just $414 million in 2016 but will show 50 percent annual growth through 2022. 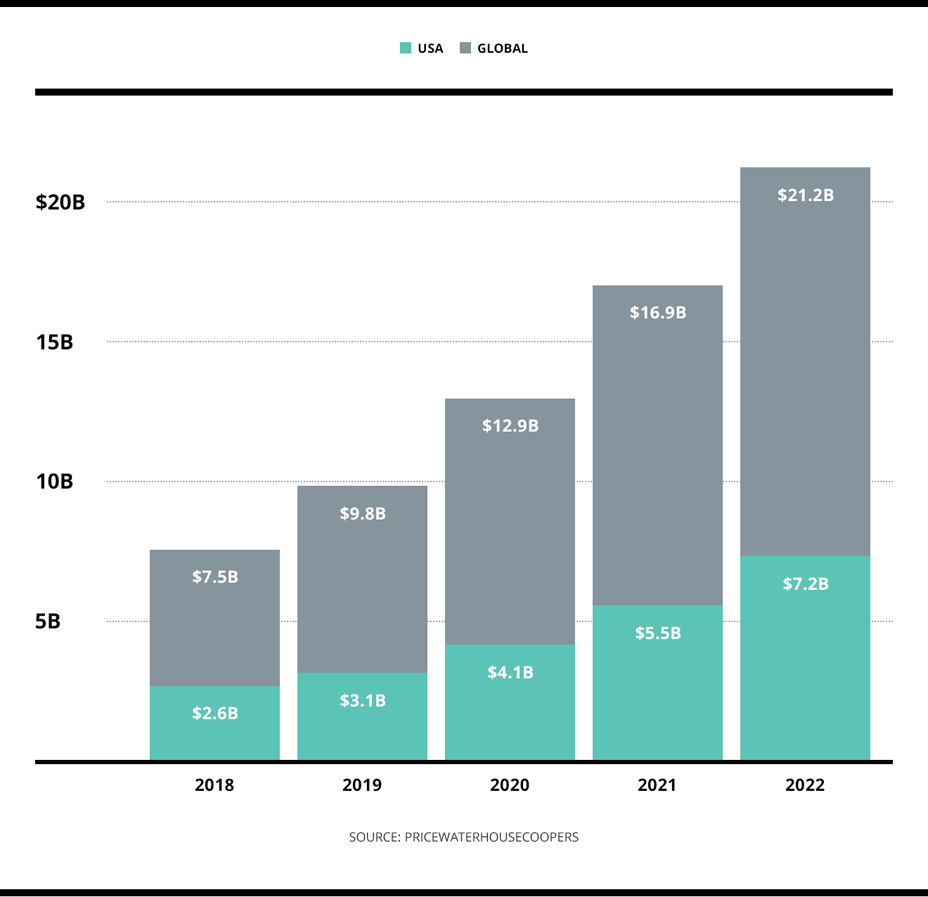 Radio Advertising
Satellite radio ad revenue is growing at a healthy 6 percent annually but will hit only $216 million worldwide by 2022. 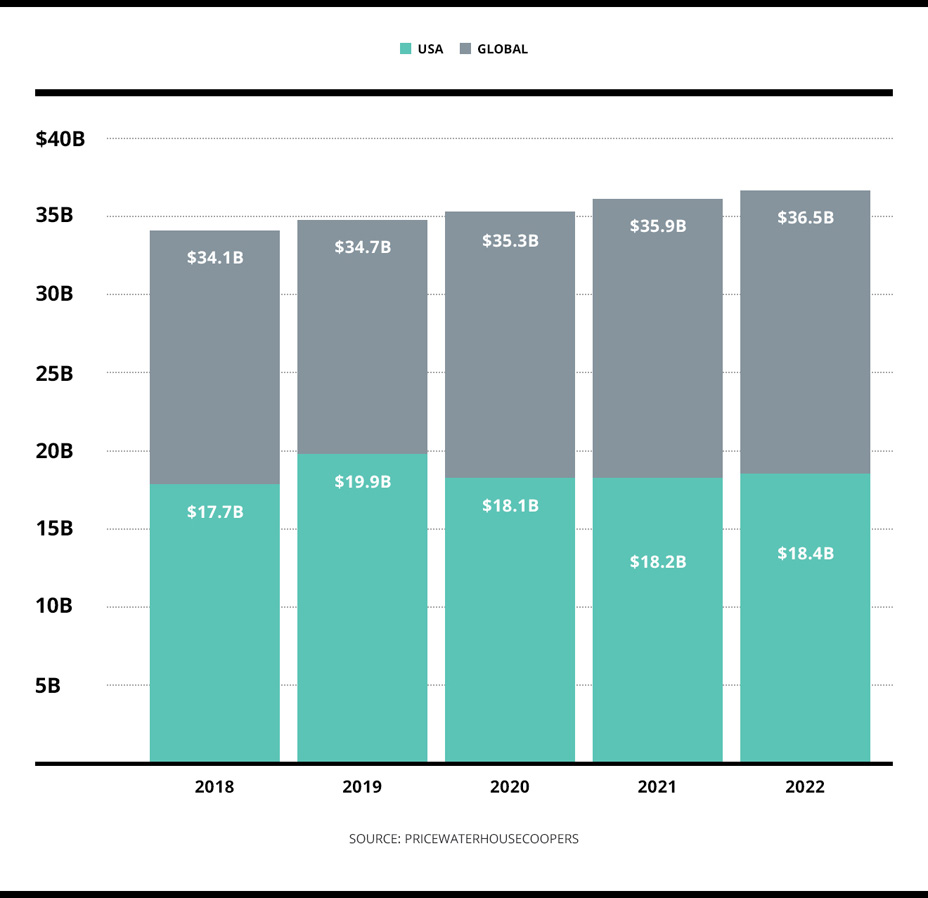 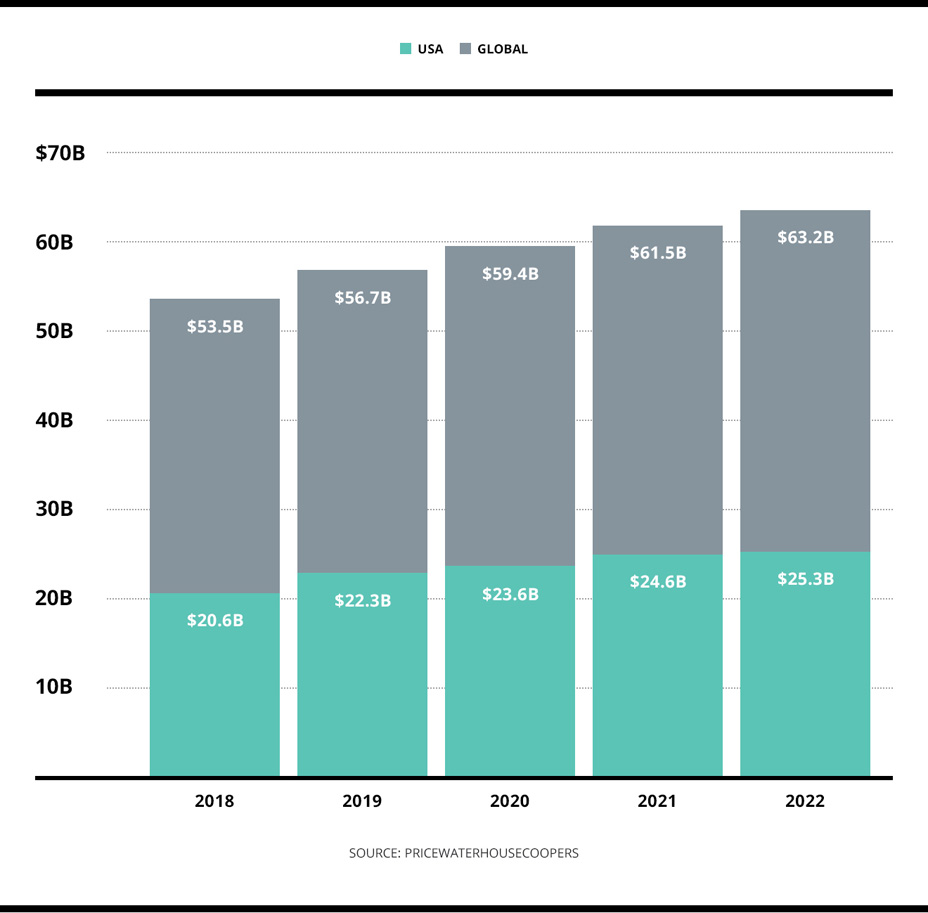 Video Games
Fast-growing esports — multiplayer video game competitions that sprang up about five years ago — still needs more time to grow. It’s projected to be only a $467 million industry in the U.S. by 2022. 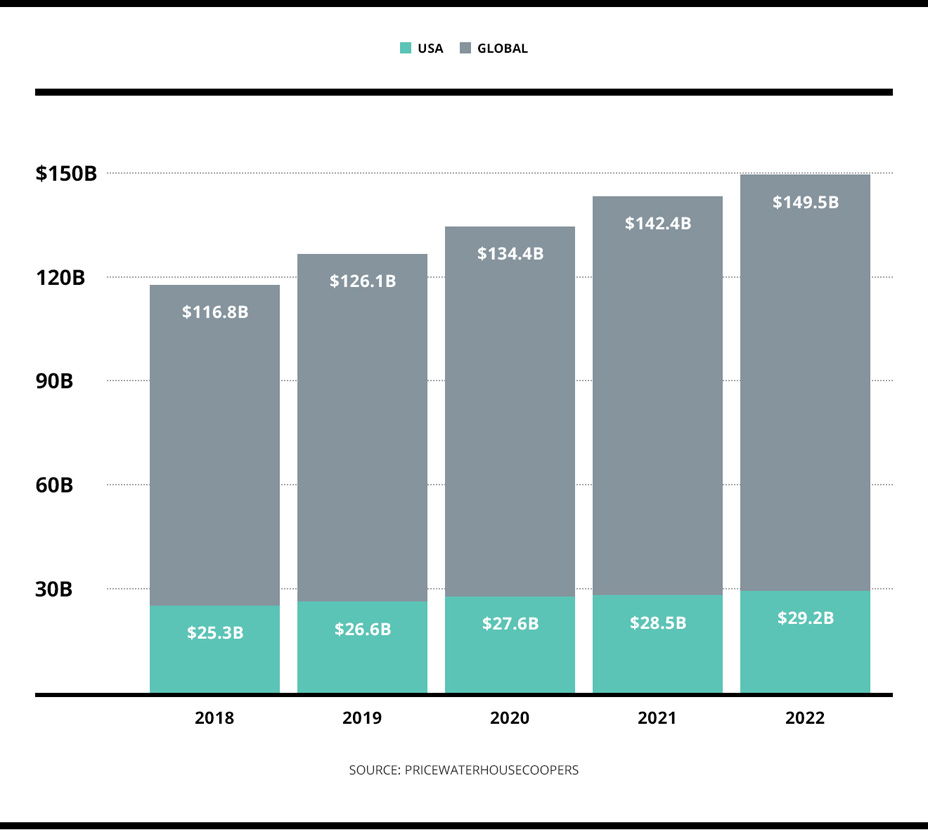 This story also appears in the June 6 issue of The Hollywood Reporter magazine. To receive the magazine, click here to subscribe.