Developer Ario Fakheri made a splash when a Beverly Hills home he built came to market in June, driven largely by its headline-generating feature: A 300-gallon shark tank (with sharks). Eight months and a $6 million reduction later, the home is still unsold. “We have specialists who come to maintain the shark pond two times a week,” says Sam Real of Engel & Volkers. And just above the pond is an elaborate verdant wall installed by Habitat for Horticulture (whose work also graces the walls of Salesforce and the San Francisco Museum of Modern Art). “It’s an art piece and extremely expensive,” says Real, “so Habitat for Horticulture sends their own staff.”

To ensure no luster is lost at Bruce Makowsky’s Bel Air mega-mansion ($150 million, down from $250 million two years ago), maintenance goes beyond gardeners, cleaners and a pool person for its 85-foot Italian glass infinity pool. There is also the $200,000 wall of giant candy dispensers — sweets are swapped out every three months — and a fleet of vintage cars worth more than $30 million that not only are cleaned but also routinely driven, confirms listing agent Rayni Williams of The Williams Estates. 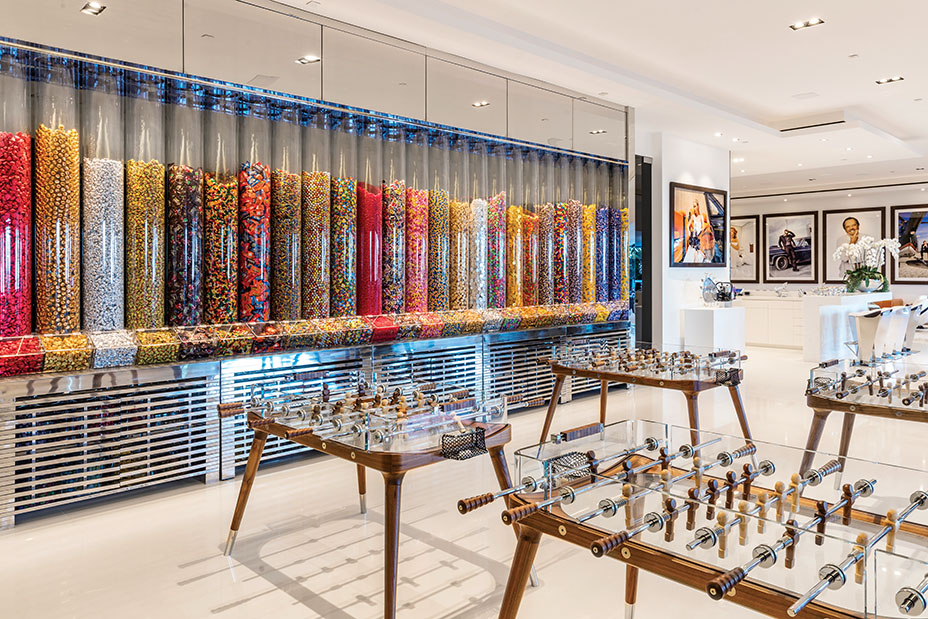 Doug Burdge intentionally avoids what he calls “endless-maintenance-loop Golden-Gate-Bridge amenities” when designing spec homes, even if that means sidelining trends. “Everyone in Malibu wants a house that looks like Nobu. That means a guy is coming to oil the teak at least once a month. He’s going to become part of your family,” says Burdge, who has designed homes for Matthew McConaughey, Barbra Streisand and Dick Van Dyke. “With the large aquariums, you might as well get staff quarters for the maintenance they require.”

And almost all recent spec homes involve one extremely needy component: endless glass walls. “We’re selling views, and these enormous windows are a major pain,” says The Agency’s Mauricio Umansky. “It’s one of the first things you realize in a home that’s been sitting on the market for too long: dirty glass.” And with spec homes, perfection is key to closing: “When I show a home, the fireplace has to be on, the lights adjusted in just the right way, everything just right,” adds Umansky, whose latest home, an $80 million Hagy Belzberg-designed property, will soon hit the market. “I even pick a movie and hit ‘play’ just when my client arrives in the home theater so that it hits at a certain scene. To sell these homes, it has to have that emotion of something extraordinary.”

Mermaids, S&M and a Camel: How One Luxury Developer Is Spicing Up L.A. Real Estate Open Houses