For years, the Academy Awards have conflicted with the European runway shows, forcing several glossy magazine editors (though fewer now, it should be said) to choose between the fashion front row and hobnobbing with Hollywood.

In the heyday of print journalism, some eds from Vanity Fair and InStyle would hop a plane from Paris to L.A. for 24 hours of partying, then come back bleary eyed for the last gasp of Fashion Week. Meanwhile, the rest of us journalists were left to cover Hollywood’s biggest night from afar, following the red carpet via Slingbox, and filing stories in the wee hours Paris time. (I had so many devices going one night in my hotel room, I blew a fuse.)

Designers showing the day after the Oscars (and in the days after, too) had to compete with the red carpet fashion news beamed ’round the world, and contend with stylists and editors who left early or didn’t come period. And their PR teams had to work double duty running runway shows in Paris and dressing celebrities in Hollywood.

But the Academy of Motion Picture Arts and Sciences’ announcement today that the Oscars date will shift from late February to Feb. 9 starting in 2020 could change things, and potentially create fashion opportunity for Los Angeles.

Assuming the global fashion week calendar stays about the same, New York Fashion Week is scheduled to begin Feb. 6, 2020, meaning the new Oscars date will fall during the New York runway shows. Sure, it could simply mean headaches for American designers now, instead of European designers. And American fashion’s governing body, the Council of Fashion Designers of America, could react by deciding to alter its dates and start the shows after the Oscars. Or, editors and designers could just continue to choose, or adapt by hopping more easily from New York to L.A. and back.

But my guess is the lure of Hollywood’s biggest night at the beginning of the global runway calendar could create an opportunity for American designers as well as European designers like Hedi Slimane who are flocking to L.A. and bringing their design ateliers with them. It could make L.A. a real, viable alternative to New York Fashion Week for the first time, especially if enough designers get on board. 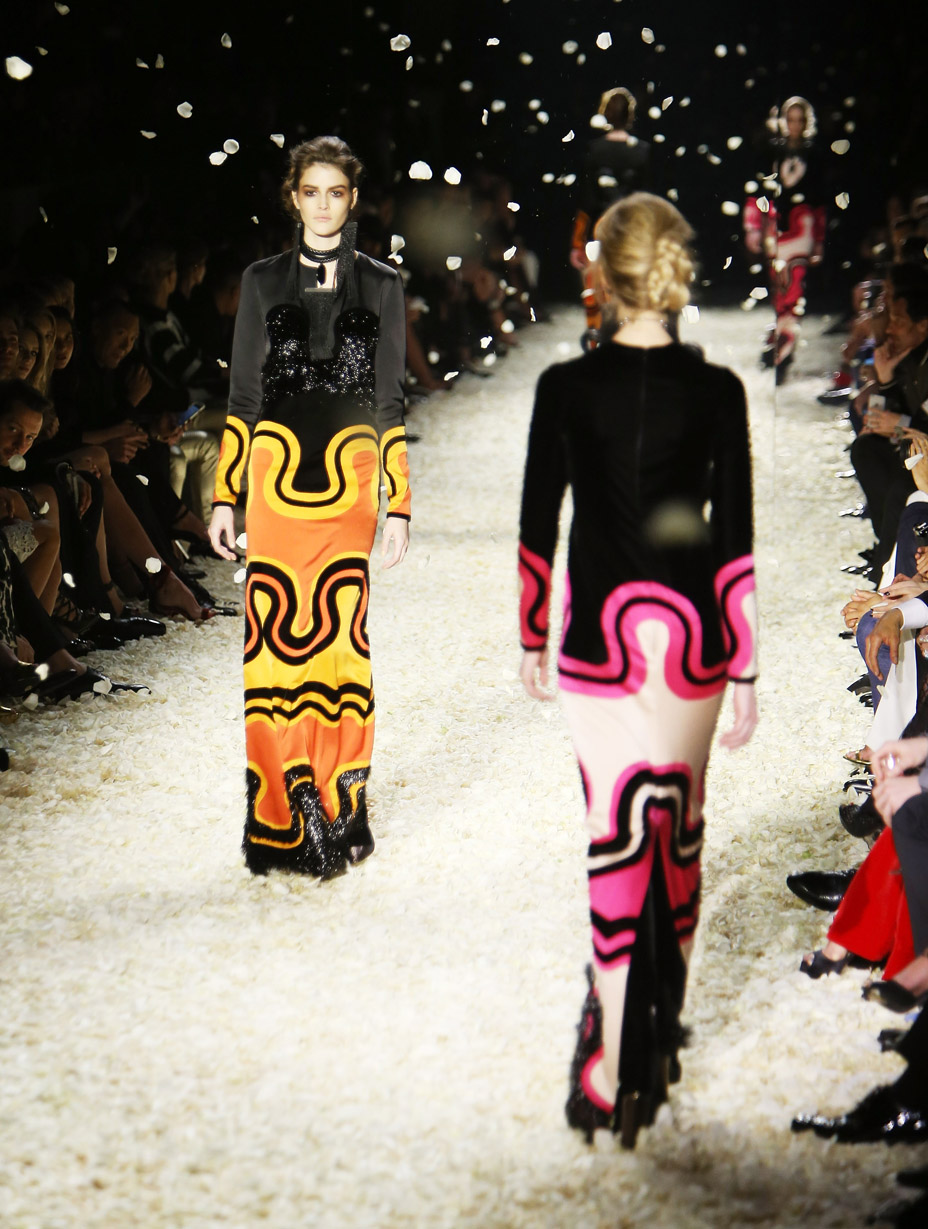 In recent years, fashion brands have already shown a willingness to pick up stakes and take the runway on the road anywhere and everywhere, typically for cruise shows during the spring — Cuba (Chanel), the Great Wall of China (Fendi), Palm Springs (Louis Vuitton) and Calabasas (Dior). But the new Oscars date could make Los Angeles all the more attractive as a February destination, especially for Hollywood-adjacent designers like Virgil Abloh at Louis Vuitton, Riccardo Tisci at Burberry, and even Kanye West.

Tom Ford held his runway show in L.A. in 2015 to coincide with the Oscars, and there’s no reason why he shouldn’t do so again to capitalize on the spotlight aligning with when he would normally show in New York.

I could see other American brands looking to engage with celebrities and stylists doing the same, namely Coach, which has a high-profile collaboration with Selena Gomez, for example, or Prabal Gurung, who is newly repped by WME/IMG, the talent agency/entertainment behemoth that also happens to be a producer of New York Fashion Week.

Why wouldn’t WME/IMG think about bringing the whole fashion week enchilada to Los Angeles during February, even? If there’s one thing that could create meaningful synergy between entertainment and fashion, it’s that.

The Oscars red carpet may start to look different, too. The Academy also announced today a still-undefined awards category for “popular film,” which could expand the talent attending the Oscars as well as who would be attractive to fashion brands to dress during awards season campaigning. Will action stars from Marvel movies and the Mission: Impossible franchise walk side by side with multitrophy winners like Meryl Streep and Judi Dench?

Whatever happens, it will be interesting to watch.