Despite feuds with witches and werewolves, bungled attempts at world domination and ongoing threats from vampire slayers, What We Do in the Shadows is just like any other TV comedy — it just happens to be about a bunch of bloodsuckers sharing cramped quarters on Staten Island. Earning a nom for best comedy series, the FX series (adapted from Jemaine Clement and Taika Waititi’s 2014 mockumentary) brings supernatural flair to the comedy race. Showrunner Paul Simms spoke to THR about blending humor and horror and the show’s incredible ensemble cast.

What were the biggest challenges when it came to writing season two?

I think the main drive to the second season [began] at the end of the first season. We painted ourselves into a corner with the revelation that Guillermo (Harvey Guillén) was a vampire slayer. When we did that, we were like, “Yeah, we’ll figure out the rest later.” A lot of season two was making sure we followed through with that story. And then it became a really fun story that turned Harvey Guillén into an action hero. It’s always a combination of wanting to do big and exciting visual comedy, things that you wouldn’t ordinarily see on a half-hour, and then balance that with my favorite parts of the show, which is when it’s just the five characters sitting around in their living room talking, bickering, arguing. Which doesn’t sound as exciting, but those are always my favorite scenes.

The show’s writing is so strong, but it also features some great comedy actors. Were you disappointed that no one in the cast was nominated?

Yeah, that was a disappointment. I think if there was a best ensemble category, we definitely would have been in the running. It’s one of the things I’m proud of about the show: It really is an ensemble. The first season, Nadja [Natasia Demetriou] had two sort of longer arcs, and in season two Guillermo had bigger arcs, but it still is an ensemble. It’s not like Happy Days, where everyone watches for the Fonz but doesn’t really care that much about Potsie.

This is the first show you’ve worked on that blends comedy with another genre element. Was that a big challenge for you?

I would say The Larry Sanders Show combined horror and comedy — the horror of show business and the comedy of television. (Laughs.) If there is any challenge, it was probably my lack of deep familiarity with the genre. I mean, I like vampire movies. I love Francis Ford Coppola’s Dracula, but I don’t think I’ve ever seen the Twilight movies except for the scene where they play baseball with the werewolves. As far as the other shows I’ve worked on, it probably feels to me most like NewsRadio in that it’s an ensemble that’s very silly and surreal. That probably sounds like a weird connection, because NewsRadio was about a boring AM radio station. But the more bored we got with the radio station part, the more surreal and silly we made the episodes. 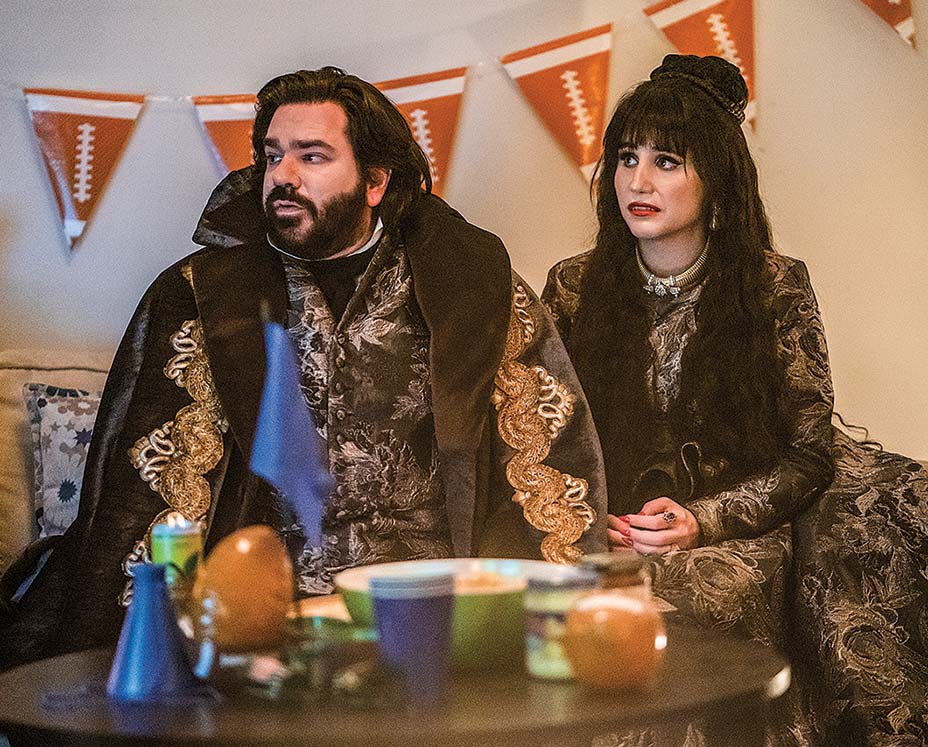 It does feel like a workplace comedy in a way. They have a collective objective to take over the world, which they continue to fail at.

One of the many complaints I always got from the network on NewsRadio was: “You never see these people do their jobs. They’re at the office, but all they’re doing is sitting around and bickering and gossiping and fighting about little things.” What’s interesting about doing your job? The most interesting thing about being at work is just hanging out. And I think it’s the same thing with the vampires. We set up in season one that they were supposed to come to America and conquer the new world. But being vampires, they’ve spent 200 years just sort of sitting around and arguing with each other about, like, whose bedroom is nicer. So it is about the mundane aspects of eternal existence.

You really expanded the supernatural world in season two. Were there any monsters or creatures you were excited about?

Originally [in season two], we had a scene in which the vampires had a dispute with another supernatural group, and they needed someone to come in and act as a mediator. It was going to be a golem, from Jewish folklore, who’s very slow-talking and deliberative and made of clay. We had so many debates about whether a golem would exist in the same world as vampires. We have a lot of debates that seem like an internet chat room: “Do leprechauns exist in this world?” 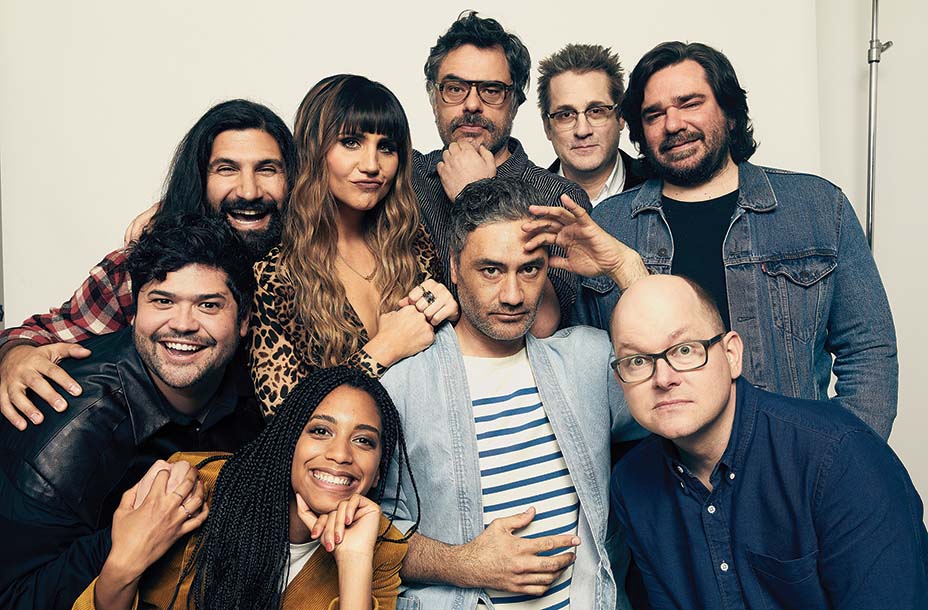 How have lockdowns and pauses in production affected season three?

If everything had gone according to plan, we would have started shooting in Toronto in September. We’re still trying to figure out if that is proven and safe and doable, and how much time it would take. This is not a contemporary show where people are wearing normal clothes and looking like themselves. I mean, Natasia needs a team of three people to get her into her costume and at least one person standing near her at all times to pick her up if she falls over, because the skirts are so heavy. And the makeup is not something that the actors can do themselves. So we’re really trying to figure that out.

These characters have likely lived through many pandemics and plagues. If the novel coronavirus outbreak were happening on the show, how would they react?

They would not even notice. They’re so self-centered and self-involved, and if it doesn’t affect them, they don’t care. They might be a little frustrated that there seem to be fewer people walking around on the streets at night when they’re going out looking for victims to feed on. But other than that, I think it would completely pass them by. It’s something that affects humans, and they don’t really care about you.

Ands the Odds Are…

In the record books, 2020’s Emmy nominations morning will stand out for both its dystopic virtual format and the surprise of What We Do in the Shadows sneaking in as the final best comedy nominee. To assess whether FX’s vampire mockumentary from Jemaine Clement — loosely adapted from the 2014 film of the same name that Clement co-wrote and co-directed with Taika Waititi — has a real chance at winning would require at least some confidence among the principals that the show was going to be nominated in the first place. Its sophomore season’s inclusion in eight races caught even its creative team off guard. So can the critical darling manage a big win? Not likely, but its coup of a nomination proved that anything is possible. — MICHAEL O’CONNELL

“The premise of What We Do in the Shadows — of powerful, immortal monsters lulled into complacency by mollycoddling and nostalgic memories of their once fearsome and sexy selves — brims with so much potential that it hardly needs development. Boasting one of the best comedy casts currently on the air, the TV adaptation of Jemaine Clement and Taika Waititi’s 2014 mockumentary film would have been perfectly enjoyable if it had merely continued exposing the chasm between its vampire characters’ epic self-conceptions and their Staten Island realities. But season two builds on its predecessor — and goes where few vampire tales have gone before — by having Guillermo explore, however reluctantly, his inborn knack for Buffy-esque carnage.” — INKOO KANG, APRIL 14