On Dec. 8, Kelly Bush Novak, the redoubtable head of one of the entertainment industry’s leading public relations firms, ID, summoned two of her top staffers to a meeting. Each was well-respected and had a list of stellar clients in the kill-or-be-killed world of personal representation: Liz Mahoney was the go-to flack for Jennifer Lawrence, while Megan Moss Pachon’s roster included Amy Adams, Margot Robbie and Ewan McGregor. The two women, who’d started at ID as assistants more than a decade earlier, were fully expecting to engage in an ongoing salary negotiation, which they’d hoped would lead them to get a share of the overall company’s profits; instead, they stepped into a conference room in ID’s Hollywood offices to find Novak waiting with a human resources executive and discovered they were being fired.

What led the negotiation to go so wrong? One side says Novak and ID’s co-owner, Mara Buxbaum, had grown weary of the duo’s demands and felt they weren’t a good cultural fit within the company; the other side says the younger women were reluctant to give a long-term commitment and then were blindsided by the turn of events.

Days later, Mahoney and Moss Pachon announced the formation of their own company, Narrative, teaming with ID’s Bryna Rifkin and 42 West’s Heidi Lopata. In doing so, they added their names to a growing body of savvy, dynamic young publicists who’ve decided to depart big, established companies and strike out on their own.

For those who have operated in the field of personal PR for some time, this is a generational realignment of a sort not seen since the late 1990s and early 2000s, when dozens of publicists fled PMK (as it was then called), the dominant celebrity-PR house of the era, after its purchase by Interpublic Group and its subsequent merger with BNC. That older generation discovered the benefits of entrepreneurship the hard way, but this new generation has learned from its predecessors’ history that it’s OK to break away, that the move can be stimulating and even lucrative.

They may be copying their corporate parents, but the entertainment world has changed, adding incentives to flee and bringing a flood of new money into personal PR. Even as the list of top stars has shrunk, the pool of potential clients has grown thanks to a host of new filmmakers, showrunners and performers working in an industry that now finances some 500 scripted TV shows a year in addition to unscripted fare and movies. Most of the new talent wants representation.

“When I started doing this, there was ABC and NBC and CBS and Fox and HBO,” says Slate PR’s Simon Halls, who at one point was the joint head of PMK before creating his own firm with colleagues. “Now there are hundreds of outlets in terms of content creation; and the only way actors and creators will have success is if they make some noise. The challenge [for a publicist] is: There’s so much noise out there, you have to break through the clutter.”

Those who can do so want to be rewarded for it, especially as they enter their 30s and gain enough experience to feel they don’t need their elders’ support. “At a certain point, it’s ‘Thank you so much for mentoring me, but I have to look after myself,'” says a senior publicist. “It’s as clean and simple as that. These ladies [the exiting publicists are by and large women] all have huge client lists and, if they are going to work that hard, they deserve to enjoy the fruits of their labor.” 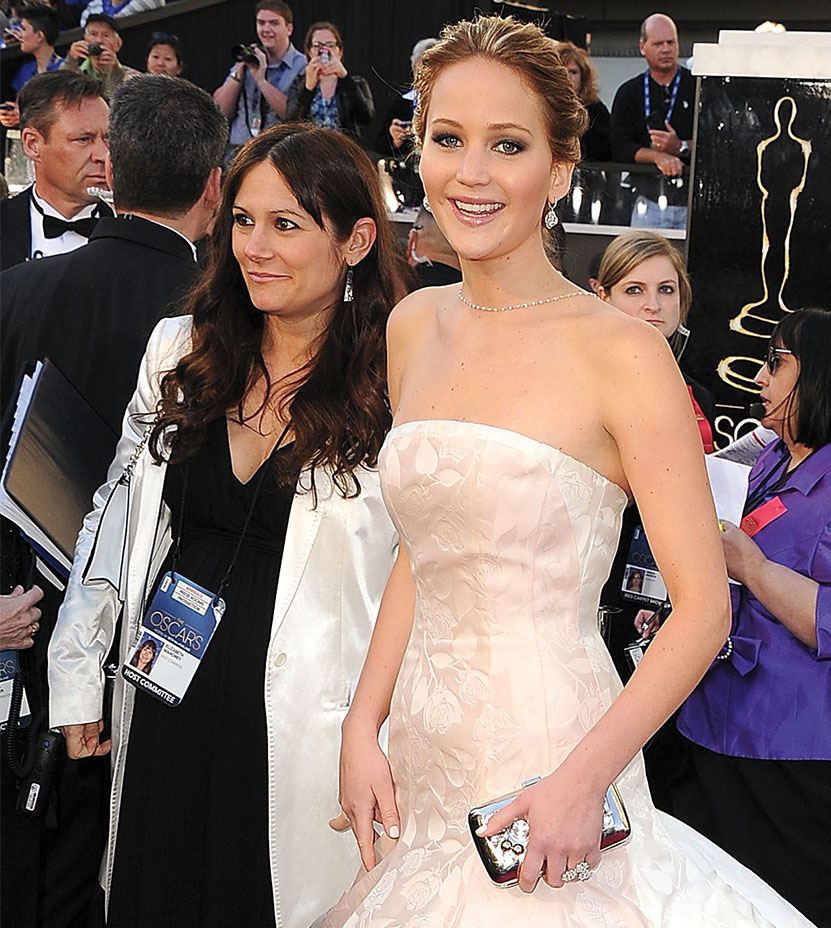 The “fruits of their labor” can be significant, though nowhere near the earnings of top agents and lawyers, who, unlike publicists, take a cut of their clients’ income. Standard pay for senior PR reps such as Mahoney and Moss Pachon (who declined to comment for this story) is around $200,000 to $250,000 per year, but that can double if they’re rainmakers who sign clients; they usually receive a 15 percent commission on each one.

Most clients pay anything from $5,000 to $20,000 per month, depending on their prominence and activities. The ceiling is rarely higher; an A-list star like Lawrence, who started at around $5,500, is now at the higher end, given where her career has taken her. For reps who can book and keep clients like this, there’s a major financial incentive to go out alone and not have a PR firm take a significant share of that fee.

So why would any talented PR rep stay with one of the giants? The answer is that the largest PR firms (such as PMK•BNC, 42 West, ID, Rogers & Cowan and BWR) offer a host of ancillary services that can help both clients and publicists, from flotillas of coordinators to speech writers. “You cannot really compare ID with these boutique firms,” says Novak. “They’re doing one thing that’s very specific. It’s a different model.”

ID, which employs around 100 people, has departments that handle brands, digital, music, individual films, TV and streaming shows; it even helped work on Oscar winner Sam Rockwell’s thank you’s as he made the rounds of this year’s awards circuit. The advantages of such backup staff are one reason some breakaways return to the fold — like Michael Donkis and Joy Fehily, who last year closed their boutique PR firm, Prime, in order to take senior posts at PMK•BNC.

Such firms usually assign whole teams to the same client, a strategy first employed by talent agency CAA and then by the Pat Kingsley-led PMK. “We’ve always worked that way, from the second I came to ID,” says Buxbaum. “It’s about finding a balance between representing someone in a personal and protective way and yet also using a deep bench — especially when you have multihyphenates who are actors and writers and directors and musicians. You need deep resources to tap into.”

These deep resources, however, add pressure to keep the money flowing. And increasingly, the real revenue is driven not by individuals but by corporations and brands, such as Nintendo and Peloton, both repped by ID. Pursuing clients like these has helped PMK•BNC remain a powerhouse with some 300 employees, even if it’s no longer quite the celebrity magnet it was under Kingsley, the most renowned publicist of her era, who dominated the business with a fleet of clients including Tom Cruise; her retirement a decade ago opened competitive floodgates that haven’t entirely closed.

Her successors at PMK•BNC have veered toward a more corporate strategy. “We were early to the business of building bridges between brands and entertainment, and many other PR firms have now moved in that direction,” says Michael Nyman, former chairman and CEO of PMK•BNC (he exited April 18 to start an investment firm). “Today, clients don’t necessarily have the budgets or the desire to engage many different agencies with siloed specializations; they want resources with extended offerings that provide for greater efficiency and integration.” Corporate clients can pay anything from $20,000 to $500,000 a month and are less fickle than individual artists, even if they need manpower and skills in different areas.

“Small is beautiful” may be the theme song of the day, but don’t bet it will last. Months since Mahoney and her colleagues broke away from ID, they now have 122 clients listed on IMDb, and more are likely to follow.