If the frenzy surrounding Wednesday night’s Off-White pop-up at West Hollywood’s Maxfield is any indication, the kids can’t get enough of Virgil Abloh’s luxury streetwear designs.

Outside, there was a velvet rope; inside, the cash registers hummed as shoppers snapped photos of hoodies and grabbed $115 baseball caps from the shelves at a fast clip. It was an impressive spending pattern, at a time when many retailers and brands are struggling just to get people in the door.

Abloh, a music producer and DJ who came on the scene as Kanye West’s art director for Watch the Throne in 2012, has certainly come into his own. He recently collaborated with Levi’s and Chrome Hearts, and is now partnering with famed Los Angeles concept boutique Maxfield, founded in 2003 by Tommy Perse, to sell a capsule collection of clothing and his newly launched furniture line that debuted at Art Basel Miami.

The limited-edition, 36-piece range consists of styles from previous seasons, but aged to look vintage. The men’s and women’s collection, priced from $240 to $2,218, offers ripped denim shorts, a black pleated skirt and pant combo, a rose embroidered sweater with an open criss-cross back, camo-print outerwear and a see-through vinyl jacket that attendees couldn’t stop trying on during the private cocktail event. 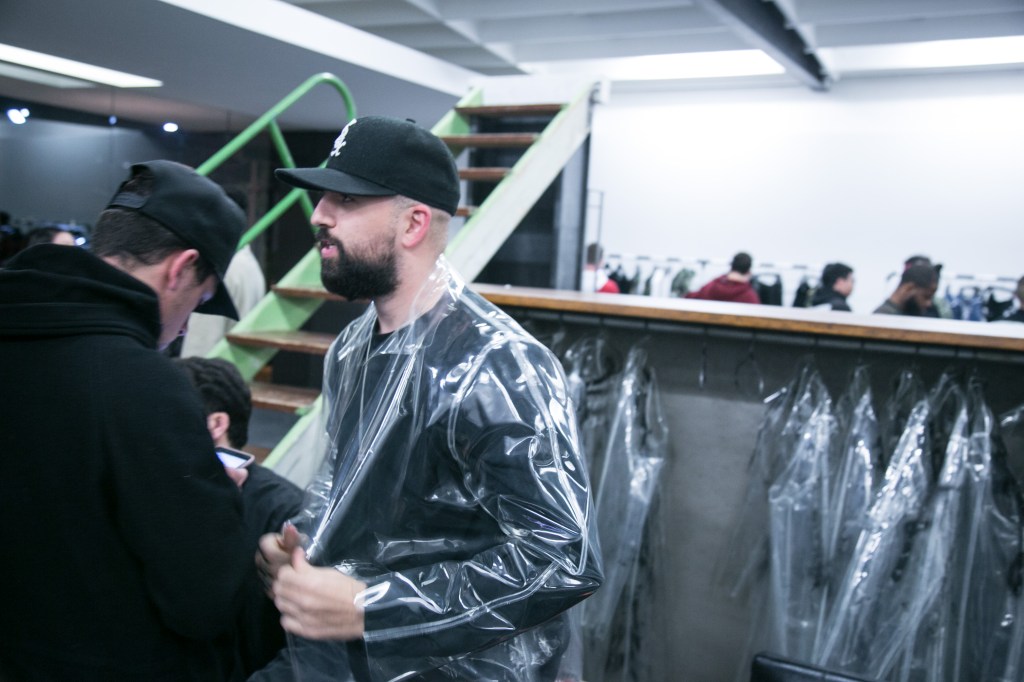 Although there are stand-alone Off-White stores around the world in London, Singapore, Tokyo, Seoul and Shanghai, the pop-up (or as Abloh calls it, “Estate Sale”) at Maxfield marks the first time the designer has set up shop in the U.S. The temporary location is open until Jan. 29.

“Maxfield, to me, is one of the best stores in the world,” Abloh told The Hollywood Reporter prior to the event that was attended by model Erin Wasson, stylist George Kotsiopoulos and recording artist Travis Mills. “It was a muse for me when I was wanting to learn the type of brand I wanted to do in the luxury context.” Abloh says he discovered the concept boutique, which was the first to stock cutting-edge labels such as Comme des Garcons and Rick Owens in the 1980s, during one of his first trips to L.A. 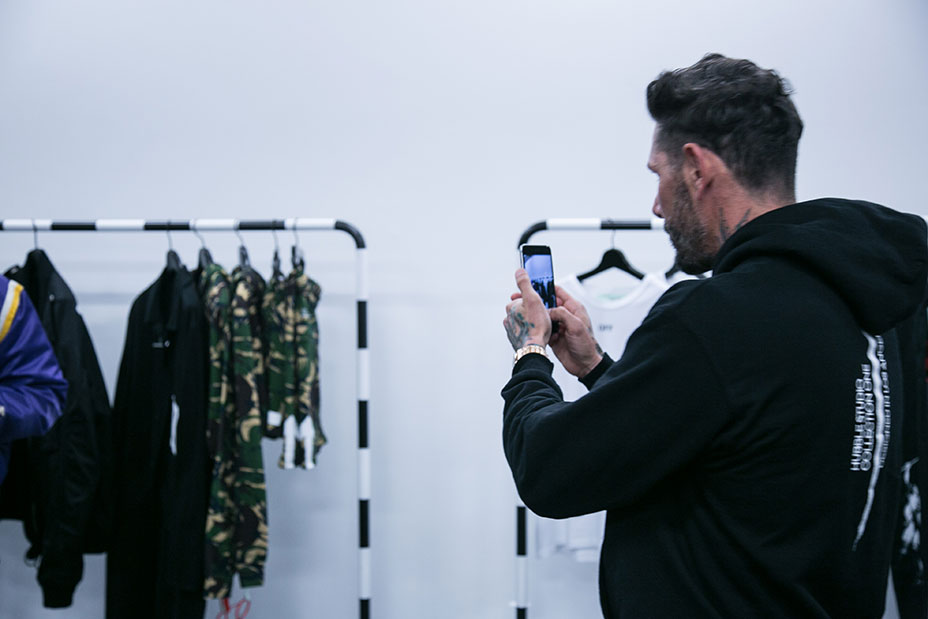 “The idea is that it’s an auction house,” said Abloh of the concept behind his pop-up set up across the street from the main boutique in Maxfield’s second space. “What makes Maxfield unique is that it merges old and new in a very tasteful way,” he said of Perse’s vision, which has been described as both “posh and perverse.”

The temporary shopping experience is part of Maxfield’s latest pop-up series, with Fear of God designer Jerry Lorenzo most recently displaying his merchandise.

Abloh has yet to decide where he’ll want to open a permanent space in the U.S., but says Maxfield is a good place to start. “The idea is to express these ideas in a permanent form,” he said, teasing that L.A. could possibly be the first location. “I’m open to it.” 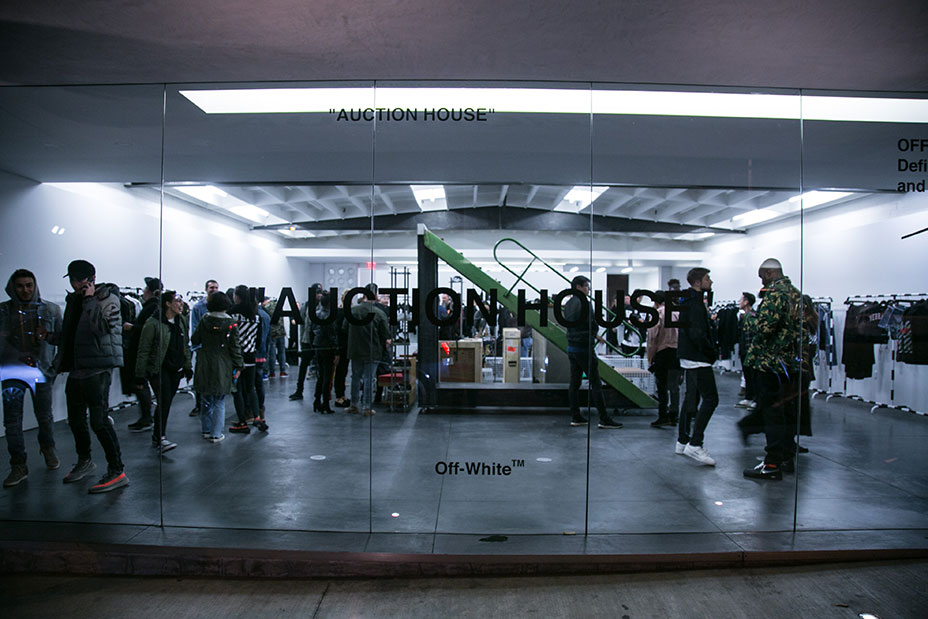