Just as the credits started rolling, RuPaul Charles bolted for the exit to WME’s Beverly Hills screening room, too emotional to hang out in the lobby for the reception. Laverne Cox stayed but first had to run to the restroom to dry her eyes. Donald Glover, in gray sweatpants, hovered in a corner, sharing his reactions with screening hosts Lena Waithe and Justin Simien.

Filmmaker Kevin Macdonald’s Whitney documentary screened Friday night for the first time on the West Coast since its world premiere at the Cannes Film Festival May 16, and despite the starry names in attendance — Robert Pattinson, Tracee Ellis Ross, Daniel Kaluuya, Lil Rel Howery, Tika Sumpter and EJ Johnson were also on hand — it felt less like a scene and more an experience. Like a cathartic therapy session.

“It was brilliant,” Lee Daniels told The Hollywood Reporter. “Because it was so personal.”

Macdonald, for the first time, uncovers through interviews with Houston’s family members and inner circle that the superstar singer suffered sexual abuse when she was a child and that the perpetrator was female cousin Dee Dee Warwick. (She died in 2008.) The trauma of that mixed with family drama like her parents’ respective affairs and divorce, a lesbian relationship with best friend Robyn Crawford that was never truly accepted by her church-going family, and a turbulent marriage to Bobby Brown all seemed to haunt Houston for most of her life, those close to her say.

The bombshells and the shade — Houston and her mother both dis performers Janet Jackson and Paula Abdul — have already garnered a fair share of headlines coming out of Cannes. Though it’s nothing compared to the media’s coverage of Houston’s demons and downward spiral. But Simien says he only feels like leaning into her story more now after seeing the doc.

“Seeing the demons, it didn’t make me want to distance myself from Whitney Houston, it made me love her more,” Simien explained to THR in the lobby afterwards. “Here you have folks that grew up with her; she means so much to us. A lot of us here are in the nexus of entertainment so we are understanding aspects of this film and her story on a personal level that we didn’t before. What’s so profound about it is that it’s not just about her, its about the bigger picture too. Everyone here is starving for that kind of content that tells the truth on a bigger scale. [The film] played amazingly well tonight.”

It wasn’t the first time hosts Simien and Waithe watched the film. The two caught an advance showing ahead of their hosting duties, and self-described “Whitney Houston stan” Waithe said that even she has discovered new insights about her “Queen Mother” thanks to never-before-seen footage. “What we learned about in this movie is that she had so much light inside that she didn’t have enough energy to hold it all in,” she explained. “A lot of it did come so easy; she was beautiful and a goddess. But there are moments when she didn’t appreciate it. Maybe she would have appreciated it more if she knew how to handle the trauma.”

This screening had the distinction for hosting some of the contributors who appear in the Roadside Attractions/Miramax release, many of whom were seeing it for the first time. Music producer, composer and author Rickey Minor, A&R veteran Joey Arbagey, writer Cinque Henderson, and former Brownstone executive (turned psychotherapist) Steve Lapuk. Waithe mentioned Minor in particular as he is the one in the film who addresses Houston’s sexual fluidity.

“I love what Rickey Minor said about the fluidity. I just wish she had a freedom to explore who she was. I wish she didn’t think she had to hide. I wish we could’ve loved all of her and not just the pieces of her that made us feel comfortable,” Waithe continued.

The film also addresses the tricky balancing act that Houston was forced to walk because of discrimination she faced, including from black audiences. (Reverend Al Sharpton led a boycott against the singer, calling her “Whitey Houston.”) That, and her struggle with her own queerness, revelations which felt even more profound sitting in a theater with queer content creators like Waithe, RuPaul and Daniels, and creators like Glover. Each have contributed work about what it means to be black in America.

THR reviewer David Rooney notes that Macdonald’s work is “haunting” and “richly contextualized.” Rooney writes: “Without sensationalizing, the film lays all this out as an American tragedy, not of self-sabotage as some might glibly dismiss it, but the tale of a vulnerable woman never given the chance simply to figure out who she was.” Macdonald previously told THR that he decided to take the deep dive into Houston’s life and career after having a conversation with veteran agent Nicole David, who represented Houston from 1986 until she passed away in February 2012 at the age of 48. David told the filmmaker that she never really got the “why” of what happened to her despite the fact that she felt like she knew her so well. She attended the screening, too, and in a rare interview explained her relationship with Houston.

“I was Whitney’s agent but I loved Whitney,” David said the screening. “If I represent someone, I have to love them to do a good job. That’s why I was an agent. I was sick of having her be a tabloid sensation and always looking like this beautiful girl with a great voice that God gave everything to [who] just messed it all up and became a junkie. I thought that story was not true, and I knew there was a lot more.”

David serves as an executive producer on the film and she teases that there’s even more to Houston’s story “than you’ve seen tonight.” She credited Macdonald for piecing together a challenging puzzle by convincing many of Houston’s family members to talk. He could not, however, convince Crawford to sit for an interview.

“I always knew that there was a pain in Whitney that I could not identify, which is part of the reason I worked with her. I saw fragility,” David continued. “I feel I know many more facts now. Whitney’s soul I always knew. You know, some people you can look at for 20 years and they never let you see them, but she couldn’t help it. I saw her and I loved her. This gave me more facts, but it does not change how much I love her.”

David also addressed the controversy surrounding Kanye West purchasing an image from Houston’s drug- and trash-filled bathroom to put on the cover of rapper Pusha T’s Daytona album cover. “It was tacky and thoughtless,” she said. “With Kanye, I didn’t judge it too much. He is where he is in life, and he doesn’t need me to judge him because everybody is judging him, and I don’t know his story any more than people knew Whitney’s story.”

Added Simien: “I don’t know what the intention in buying that photo was. It’s an image I don’t need to see again. I know exactly what it conjures. Procuring that painful frame, I don’t know what the purpose behind that would be, for me in my life, but you know, we all participated. I feel this way about Whitney, I feel this way about Michael [Jackson] — we all participated to some degree.

He then mentioned a sketch that appears in the film from Saturday Night Live, one that is paired with another from American Dad, both of which took aim at Houston’s substance abuse and which now are viewed through a different lens. Needless to say, no audience members laughed during the screening when those clips aired in the documentary. However, at least a dozen audience members laughed out loud with Houston’s label boss, veteran music industry heavy weight L.A. Reid, insisted on camera that he did not know anything about her substance abuse problem despite the fact that she was under his employment at the time.

“I remember that sketch, I remember thinking in the back of my mind that none of the laughter would get to Whitney because she’s Whitney,” Simien concluded. “We put these people in like a God-like place, and we think they’re impervious, but we’re complicit because we all consumed it.”

When people consume this film, Simien said, he hopes that viewers take in the “bravura filmmaking.”

“The editing and the sound design and the way he culled his images,” he explained. “He used images that are ‘typical documentary’ images, and I would never think to put those things together. He told us about her, he told us about her place in the culture, what she meant to blackness, what she meant to whiteness. But then it also told this very personal story. It’s what we try to do on [Dear White People]: You try to tell a big story and a small story, and this wasn’t just a biopic, it also had the story of black entertainment and black culture. It is so profound.” 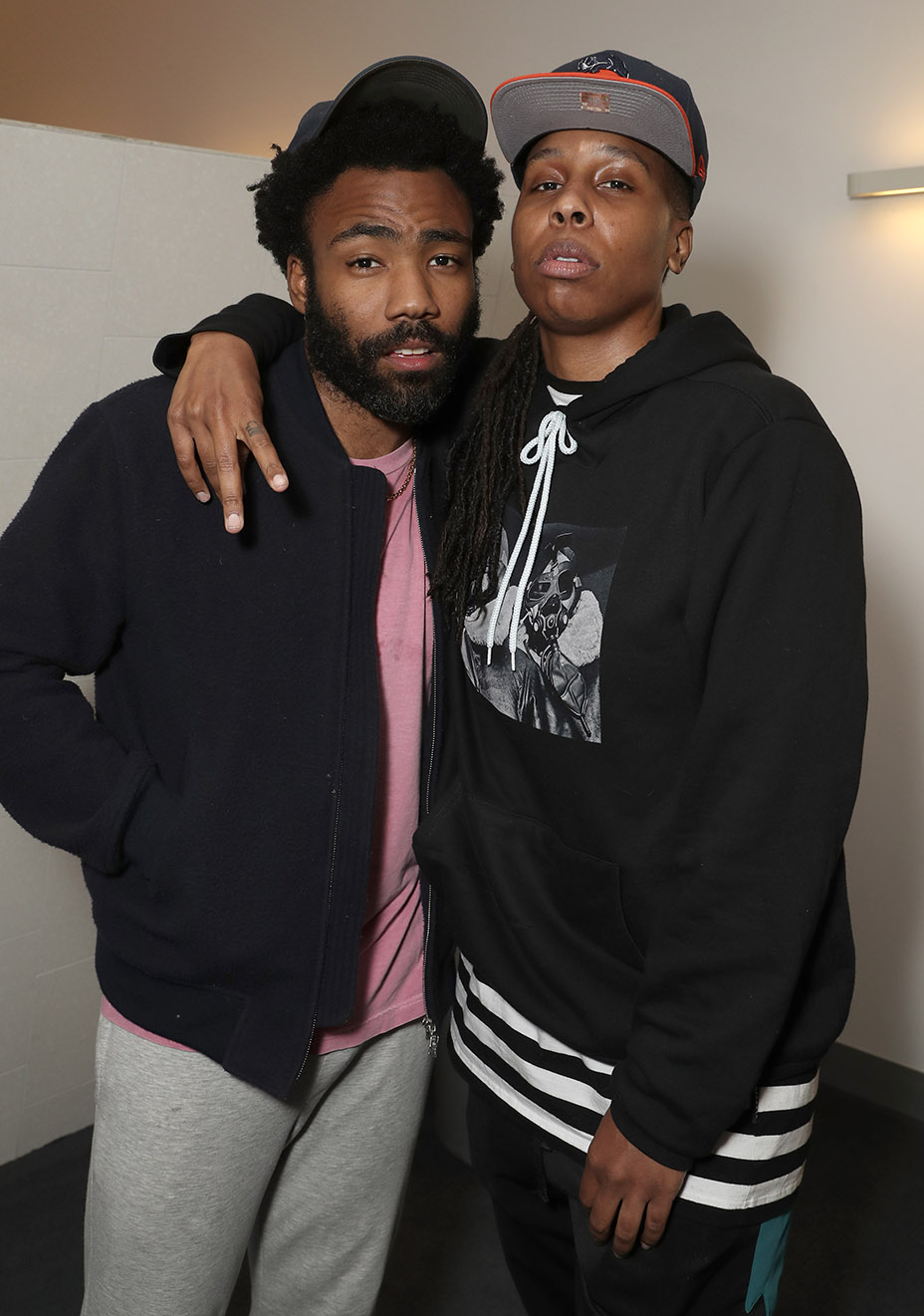 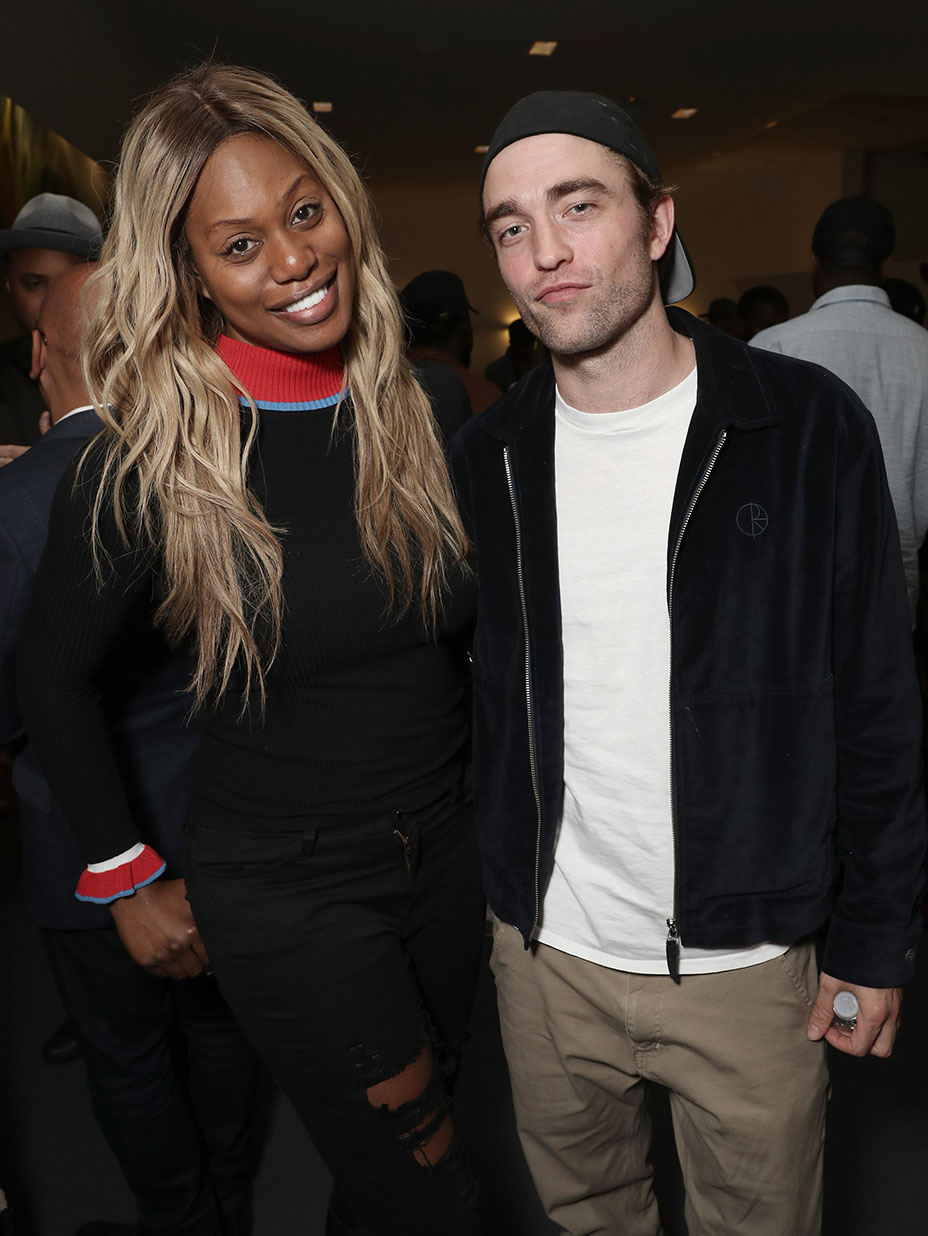 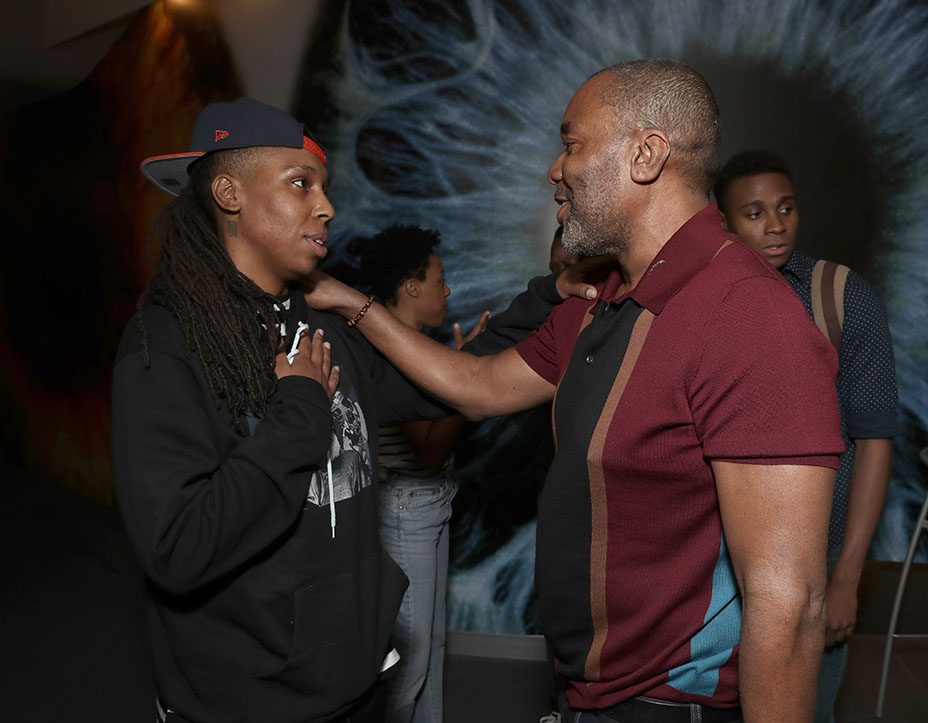 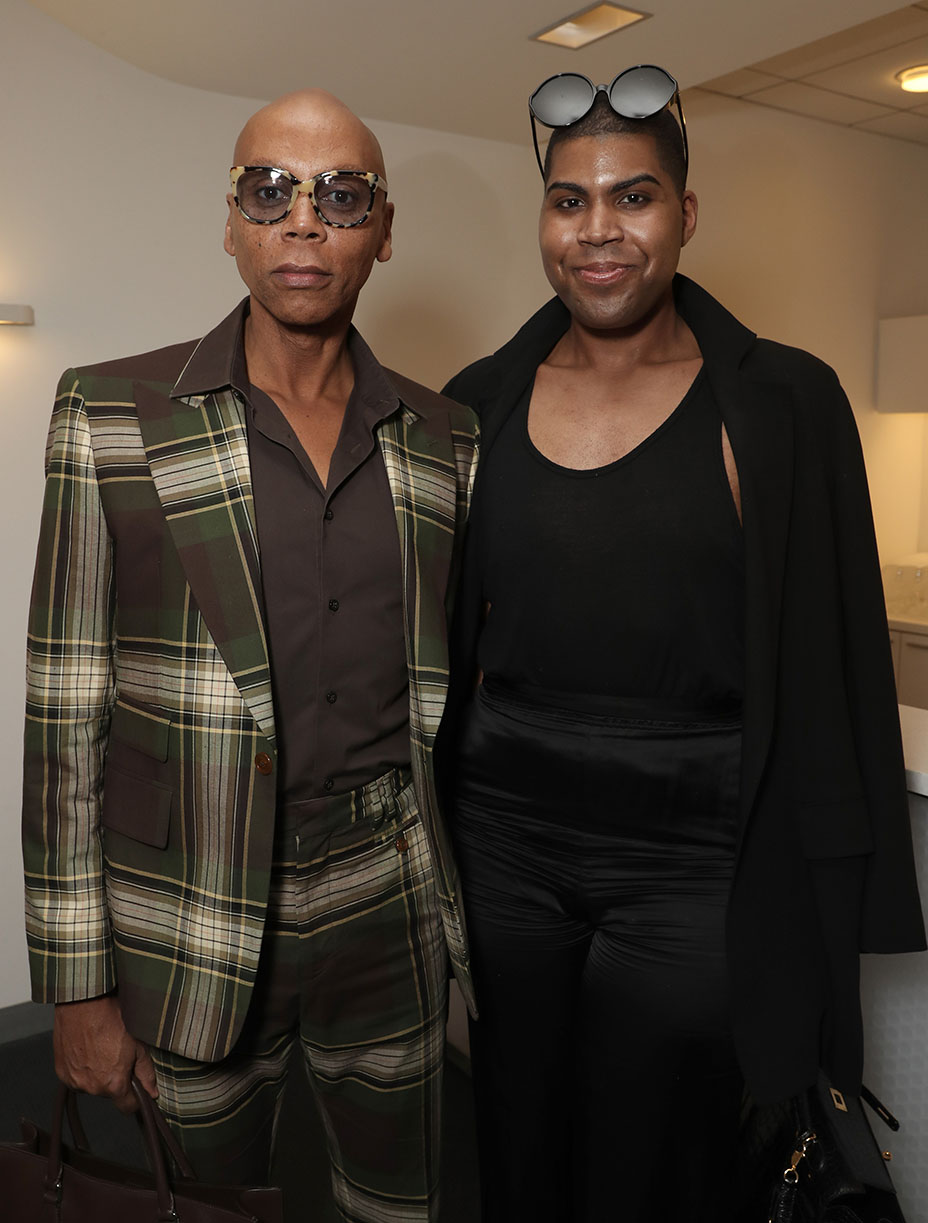 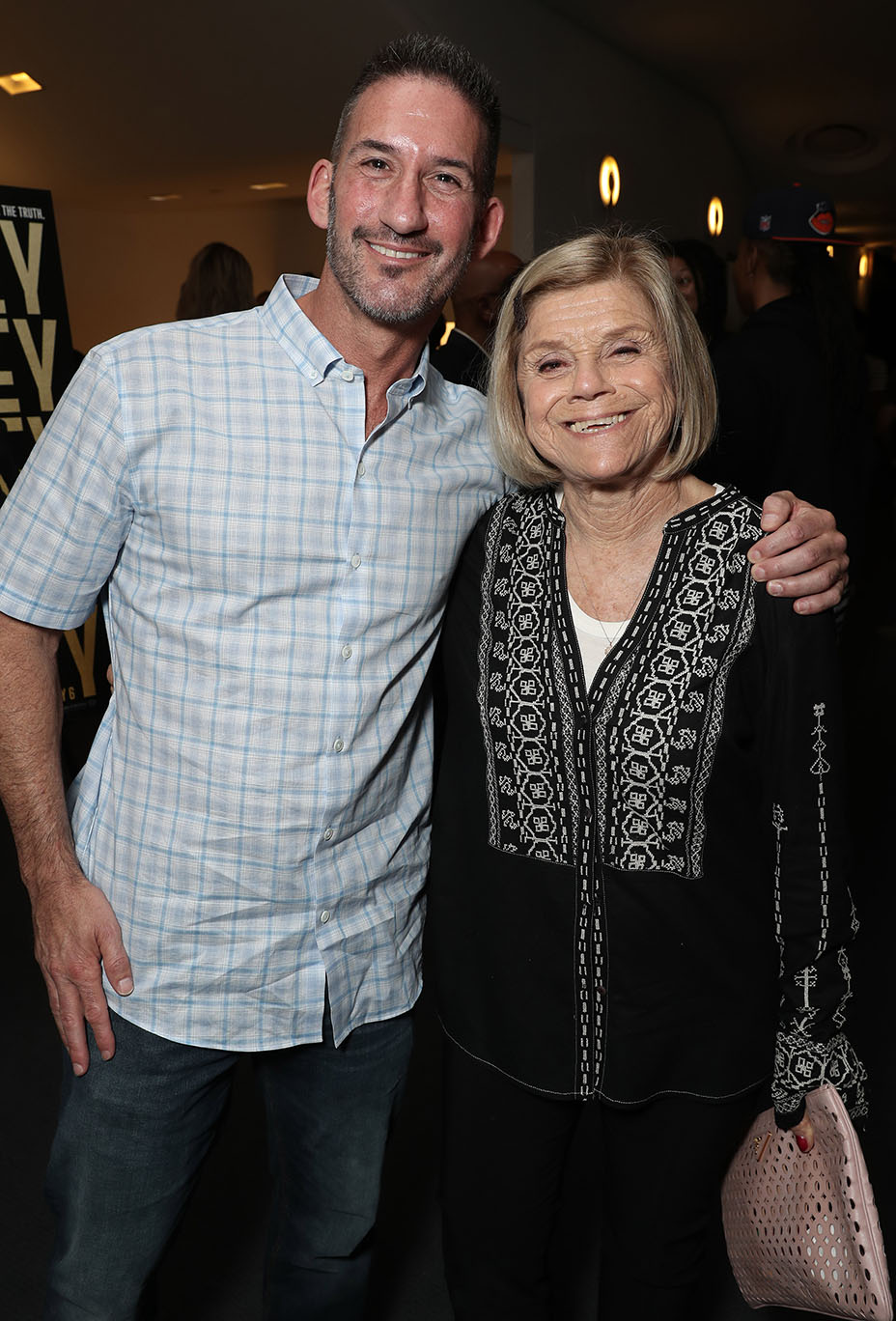 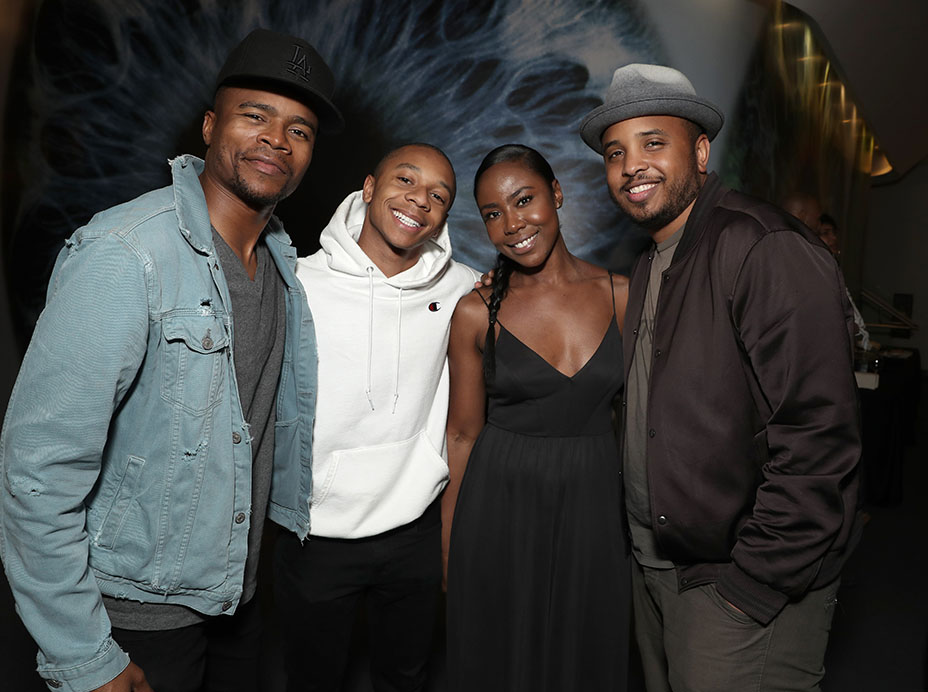 'Happy Days' Star Anson Williams on His Bid to Become Mayor of Ojai: "The Division Has to Stop"