With Time’s Up pins outshining diamond jewelry and designer name-dropping on the red carpet at a minimum, is fashion this awards season’s biggest loser? “After the mad dash for black at the Golden Globes and media conversations directed toward the #MeToo movement, designer brands are not the winners,” says Stacy Jones, CEO of entertainment and fashion marketing firm Hollywood Branded Inc.

The cancellation of E!’s Fashion Police in November — then Beyonce and Lorde skipping the Grammy carpet in response to an wage inequality petition calling for an E! News boycott — may signal the end of an era for preshow fashion commentary. “I don’t think it will return to being a one-dimensional conversation about fashion on the red carpet,” says author and Time’s Up founding member Amanda de Cadenet. 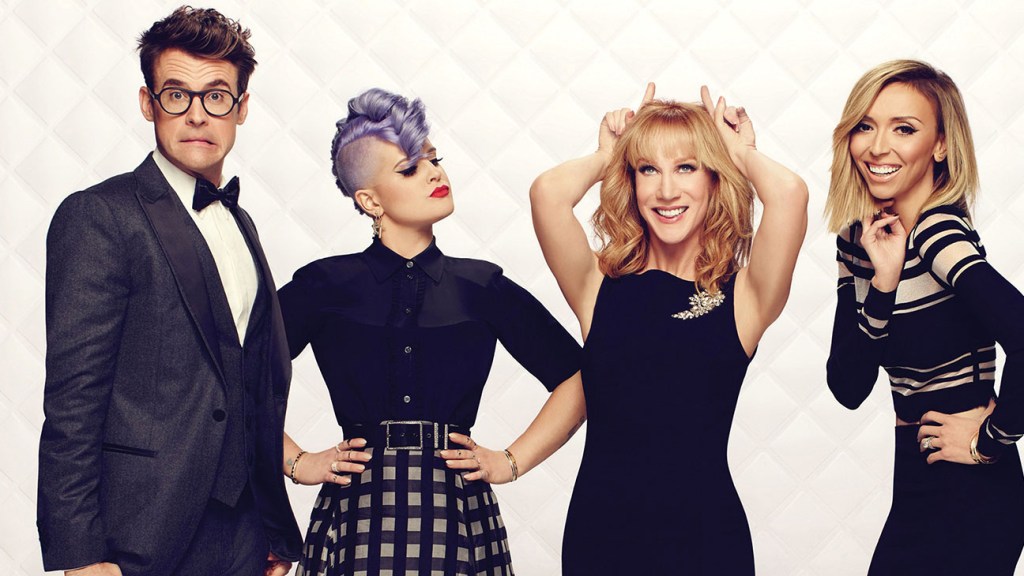 Although most designers understand why the gender equality message takes precedence, even feminists like Prabal Gurung wish actresses got asked why they chose to wear the particular designer. “So many of us are vocal and staunch supporters of the #Timesup movement and have been active proponents of women in power since day one,” he says. 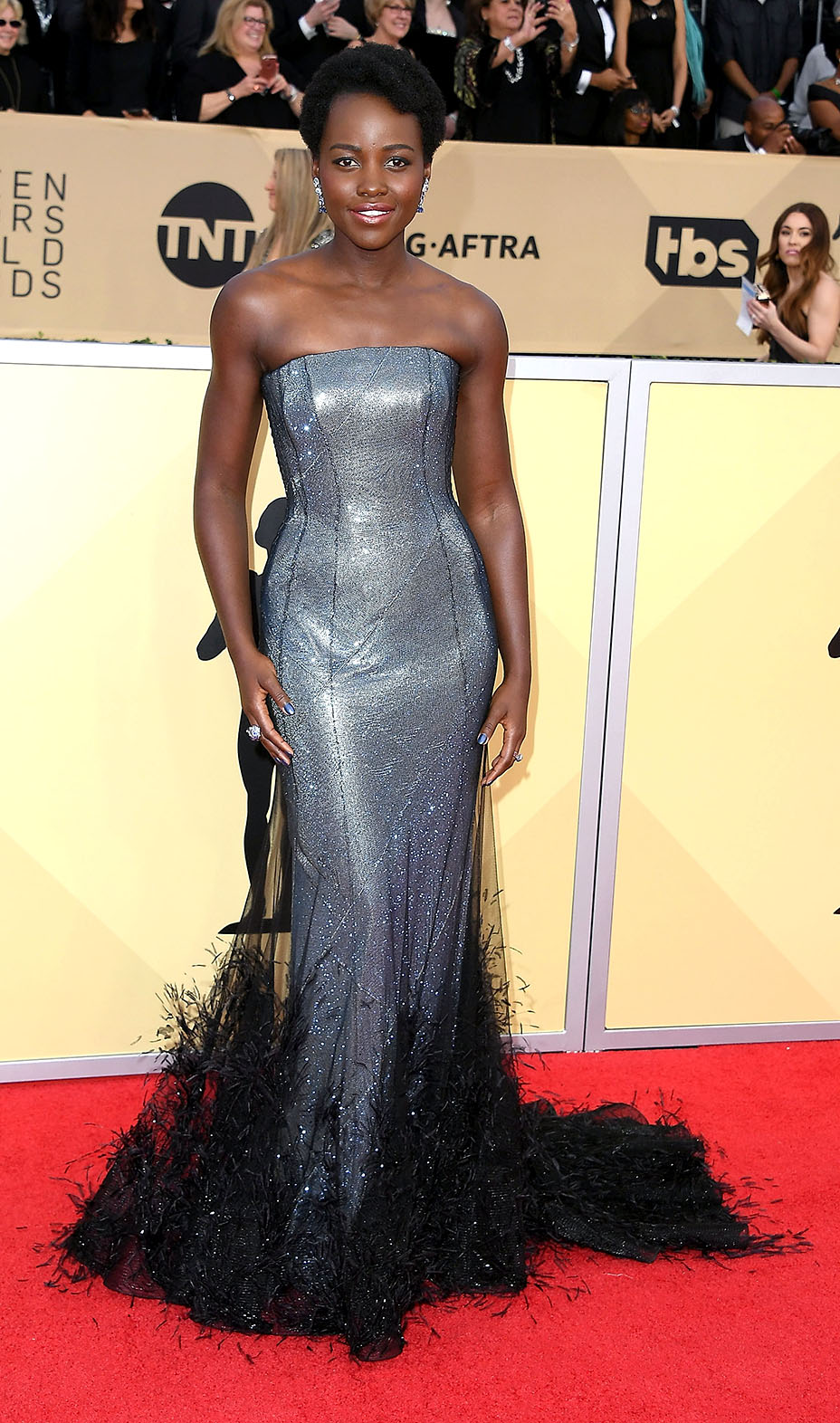 But that doesn’t mean fashion and jewelry brands aren’t still moving heaven and earth to dress stars, sometimes paying for red carpet placements, and seeing a return on their Hollywood investment.  “We’re seeing the fashion discussion moving more to the digital space, where the designers, publicists or stars themselves are pushing out information about styles,” says Jones. British house Ralph & Russo may have gone unnamed during preshows (as did Nicole Kidman’s Armani at the SAG Awards), but it still stacks up as a big winner, dressing such “woke” A-listers as Lupita Nyong’o.

Her gray gown at the SAG Awards reached 713.5 million online readers, at a PR value of $13,084,612, says Jones. Notes CEO Michael Russo, “Time’s Up has added a new dimension to the red carpet for brands.” 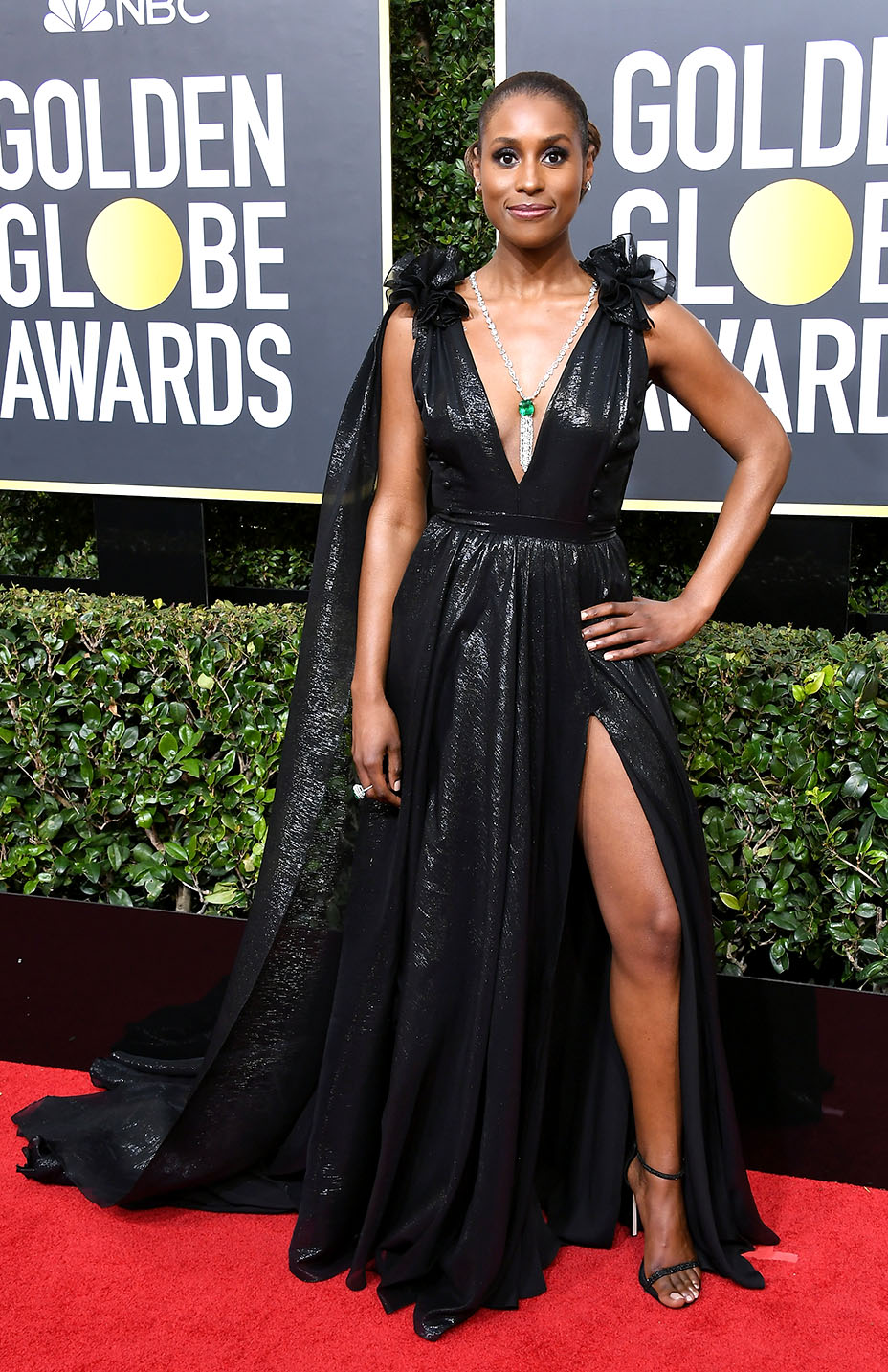 Gurung, whose social media manager held an iPhone up to the TV screen to record an Instagram Story of Issa Rae onstage at the Golden Globes, received multiple inquiries from potential customers about the dramatic black gown he made for her. And indeed, according to data from retail analytics company EDITED, sales of black dresses increased by 225% from Jan. 1 to 18 compared to the same period last year.

Celebrity influencers have a great power to use fashion to express opinions and raise consciousness of social and political issues that are impacting people’s everyday lives,” says Katie Smith, Retail Analysis & Insights Director of EDITED. 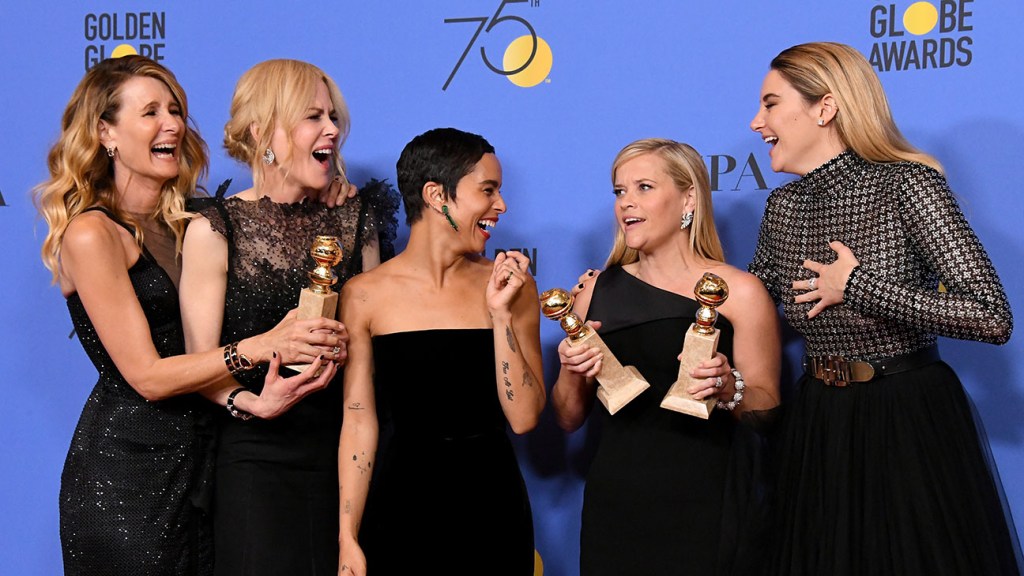 All-black at the Golden Globes (and planned for the Feb. 16 BAFTAs, too), all-white onstage at the Grammys, a pro-life fetus dress, a political slogan sweater, even the budget-friendly dress, they’ve all made headlines. (After Orange Is The New Black’s Taryn Manning was widely praised for wearing a $200 Adrianna Papell dress to the SAG Awards, TMZ recorded the star ripping into her stylist, because she thought she was wearing “a superstar gown.”) 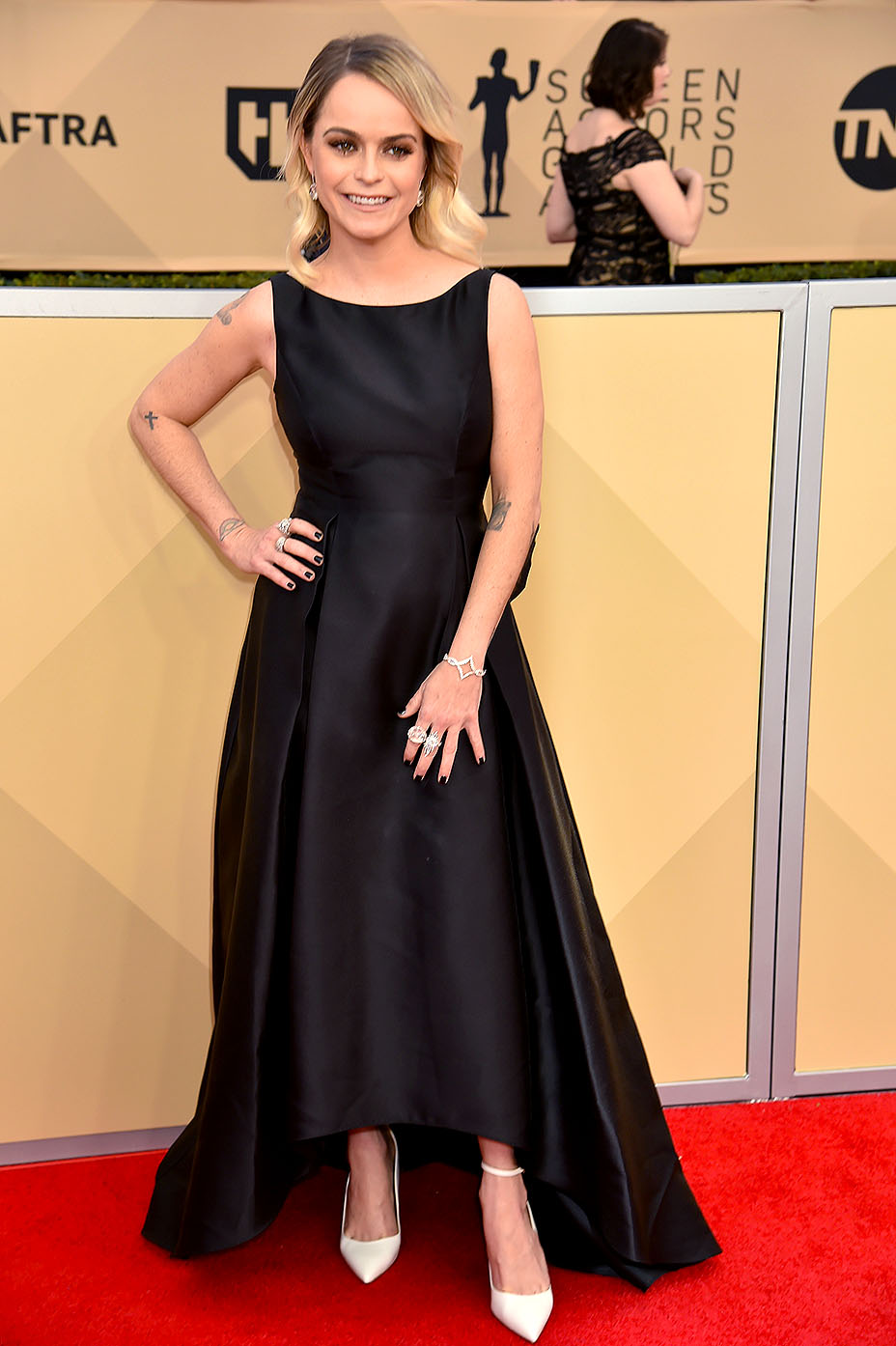 Out of this politically-charged zeitgeist, several unlikely fashion winners have emerged, including Lingua Franca, Rachelle Hruska MacPherson’s New York-based label of hand-embroidered cashmere. After Connie Britton wore the brand’s “Poverty Is Sexist” slogan sweater on the Golden Globes red carpet, “we got hundreds of emails,” says MacPherson. Reese Witherspoon ordered twenty custom “Time’s Up” sweaters for Eva Longoria and other supporters after discovering the brand on Instagram.

Another unlikely winner? Converse, the rare brand that did enjoy a shout-out on the E!’s Golden Globes pre-show, courtesy of pint-sized fashion plate Millie Bobby Brown, who wore $55 Chuck Taylors with her millennial pink Calvin Klein high-low gown so she could “dance the night away,” she said. “She’s a kid still!” jokes Jones. “And Converse are cool.” Now, even more so. 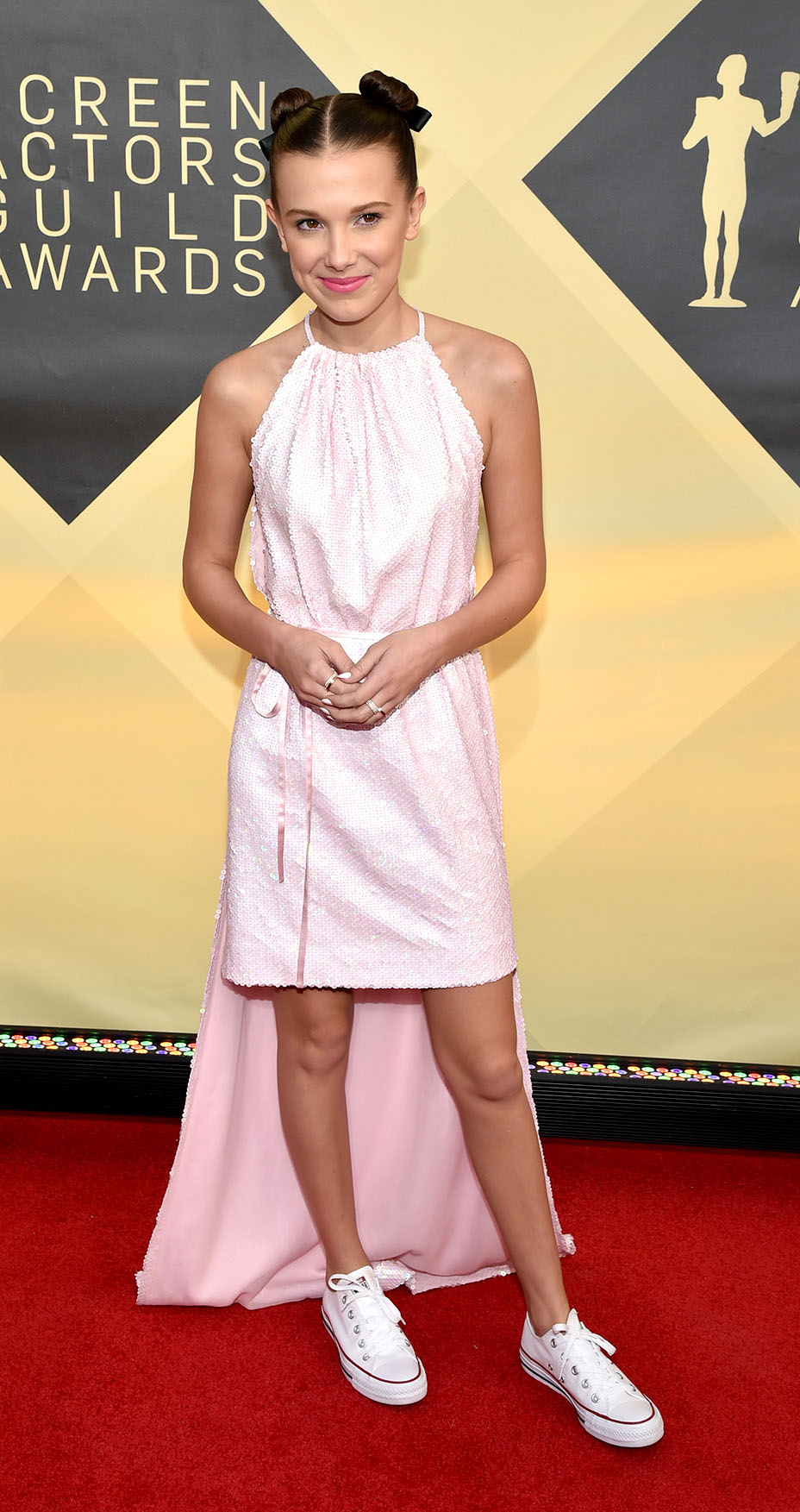