Ask 10 people when the video game industry first began and you’re bound to get 10 different answers. Was it in 1947, with the invention of the cathode-ray tube amusement device by physicists Thomas T. Goldsmith Jr. and Estle Ray Mann? Was it with 1950’s Bertie the Brain, often cited as the first “computer game,” a virtual version of Tic-tac-toe developed by Canadian engineer Josef Kates? Or perhaps it was in 1972, when designer Allan Alcorn developed an interactive version of table tennis called Pong for Nolan Bushnell’s fledgling tech company Atari?

Whatever its origins, gaming has grown into the most profitable entertainment media industry in the world, routinely eclipsing annual revenue generated by the film, television and music industries. By whatever rubric one chooses to define as the inception point for video games, the commercialization of the technology has existed for at least five decades. As such, the industry has accumulated quite a bit of history, but efforts to document and catalog that history are often met with unique challenges.

“One of the things, long term, for the video game industry is when it wants to take its own history seriously,” Saisha Grayson, curator of time-based media at the Smithsonian American Art Museum (SAAM), tells The Hollywood Reporter.

In 2012, SAAM organized an exhibition titled “The Art of Video Games,” which showcased such games as Space Invaders, Pac-Man, The Legend of Zelda and Super Mario World, among many others. The exhibit was on display in the museum from March through September of that year, before it embarked on a 10-city tour between 2013 and 2016. The success of the exhibition led to SAAM acquiring two of the titles for its permanent collection: 2009’s indie game Flower and 2010’s Halo 2600, a reimagining of the blockbuster first-person shooter franchise for the antiquated Atari 2600 console from the 1970s.

“We’re really looking at games where there is an artistic perspective and a sense of significance and impact,” says Grayson. “There is continued interest within our institution for thinking about how we think about this medium within an artistic context.” 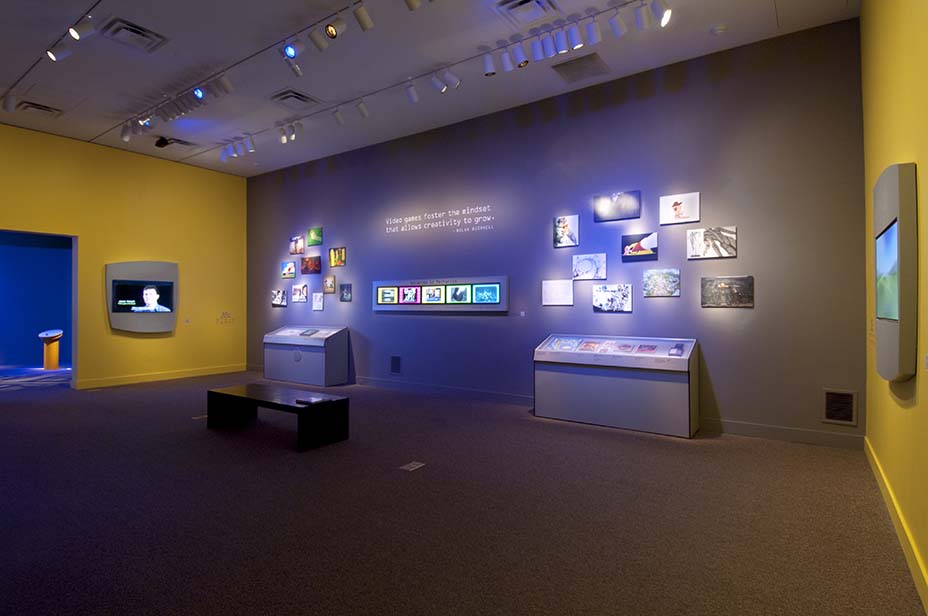 Though SAAM has shown interest in acquiring titles and documenting gaming’s growing impact as an art form, the industry itself has not been as eager to participate in conservation efforts with outside institutions.

“Companies self-archiving like a publishing house or a film studio is starting on some level,” says Grayson, but the practice is still “sporadic.”

“That’s going to be the key to having some record internally for future archivists to work with,” she says. “The other bit of the puzzle is going to be the industry coming to understand that museums, libraries and archives are long-term allies that they want to partner with.” 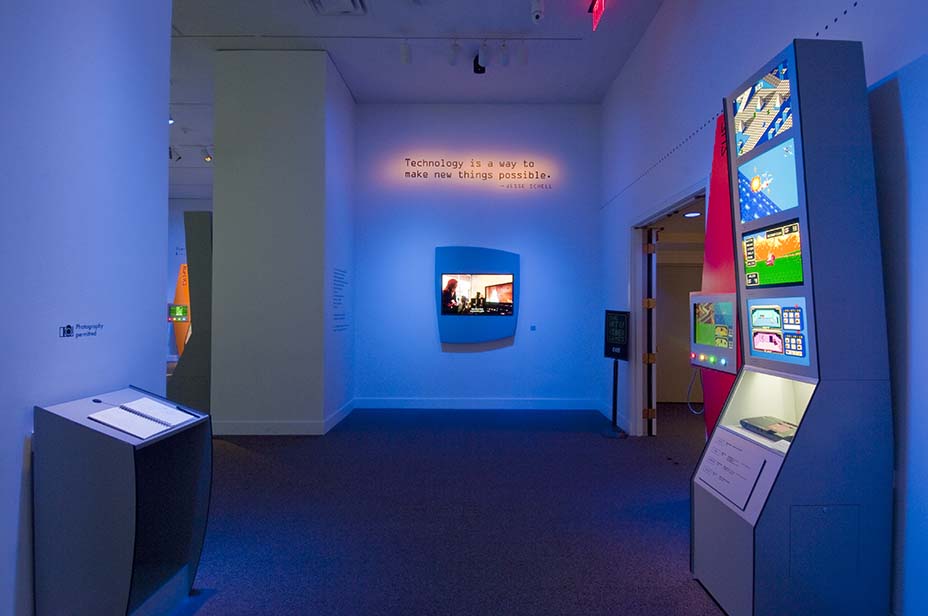 SAAM is not the only institution with an eye on gaming. John Hardie, creator of the National Videogame Museum in Frisco, Texas, has been collecting games since the early ’80s with a group of friends. “We had this quest to find out more knowledge about these games,” he says. Doing so, however, meant looking up a game company’s directory and dialing through its contacts one by one, which may seem an unappealing tedious task until Hardie shares the alternative tactic that he used to employ: “We went dumpster diving at some of the companies.”

Undeterred by literal trash, Hardie was often rewarded for his efforts, amassing a collection of memorabilia, documents, press kits, sales fliers, internal memos, design documents and more that had been discarded by game companies that eventually filled “three storage units in Vegas.” In 2004, after hosting exhibits at various gaming conferences for about five years, Hardie was approached by E3, the largest video game convention in the U.S. “We won an award for best exhibit that first year. People loved it, all the classic stuff in the middle of all these new things,” he says.

Hardie took his show on the road and eventually caught the eye of Randy Pitchford, co-founder and CEO of Gearbox Software, the game developer behind the Borderlands franchise. With Pitchford’s help, Hardie was able to establish a brick-and-mortar museum, upon whose board Pitchford sits, for the collection in Frisco. The institution opened its doors in 2016, but despite the involvement of one of the industry’s leading execs, Hardie still finds official support from studios and publishers in gaming hard to come by.

“The support from the industry has been pretty dismal, at best,” says Hardie. “We opened this museum without any industry support outside of Randy. These companies just don’t care, especially these big ones. They only care when they realize, ‘Oh, we can make a buck off this old IP.’ Some have their own archives, that’s great, but we haven’t seen it.”

One of the most valuable pieces of information for conservation is a game’s source code, essentially the blueprint of how a game was made, from its concept art to the actual lines of code written to make it playable by audiences. That information, however, is something many game companies are reluctant to share, largely in fear of piracy should it be made public.

“If you have access to the raw material that made a game, you could easily clone that game,” says Frank Cifaldi, founder and director of the Video Game History Foundation (VGHF), a non-profit launched in 2017 aimed at archiving, preserving and disseminating historical video game media. “Our job has been to try and soften the industry into understanding that source code can be an educational resource.”

Cifaldi admits that they are still in the “early days” of convincing game companies to work with the foundation. “Up until recent years, video game companies didn’t really hold onto their source code because there wasn’t really a secondary use for it after they shipped the game,” he says. “It’s an interesting comparison to the film industry, because something like 90 percent of films before 1930 are gone forever now.” 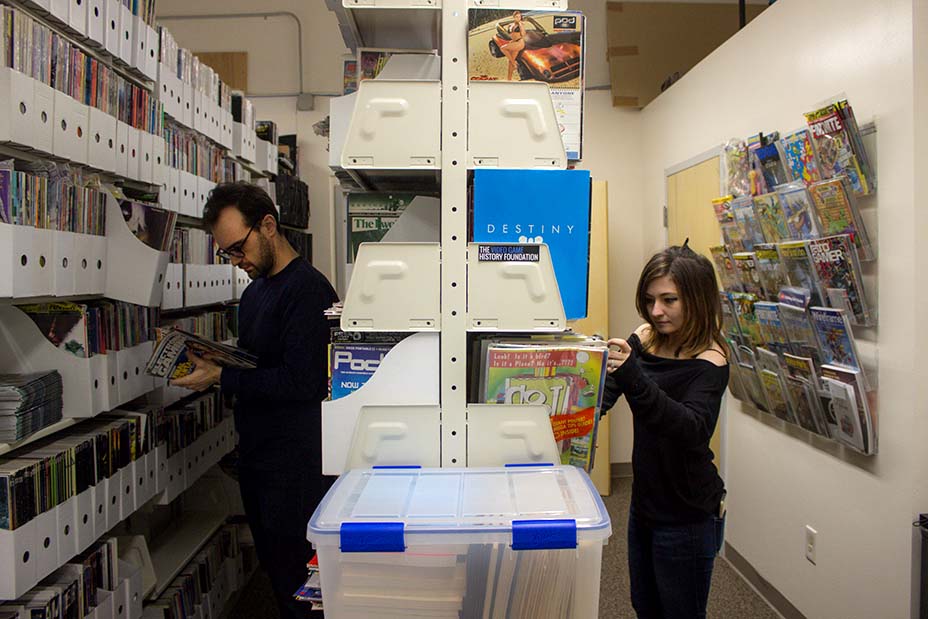 “The analogy we make is that we have deals with various studios where we keep their original materials and camera negatives,” says David Gibson, library technician at the Library of Congress in Washington. “It would be similar if we were to get the full source code from these game companies, we would archive them and secure them to create a repository for game companies to come back to.”

The Library of Congress — which currently has “no formal agreement with any gaming company,” says Gibson —  archives 7,000 games, most of which were acquired through the copyright registration process, which requires game companies to submit gameplay and descriptions of their titles. “We receive versions of games as they’d be bought at a store,” he says.

At the VGHF, Cifaldi and his team are collecting and maintaining a physical collection and reference library composed of “books, magazines, and other paper materials related to the history of video games” to eventually be housed in a permanent location on the West Coast. As with Hardie, Cifaldi often acquires material through former developers who have left the industry and held on to source materials. 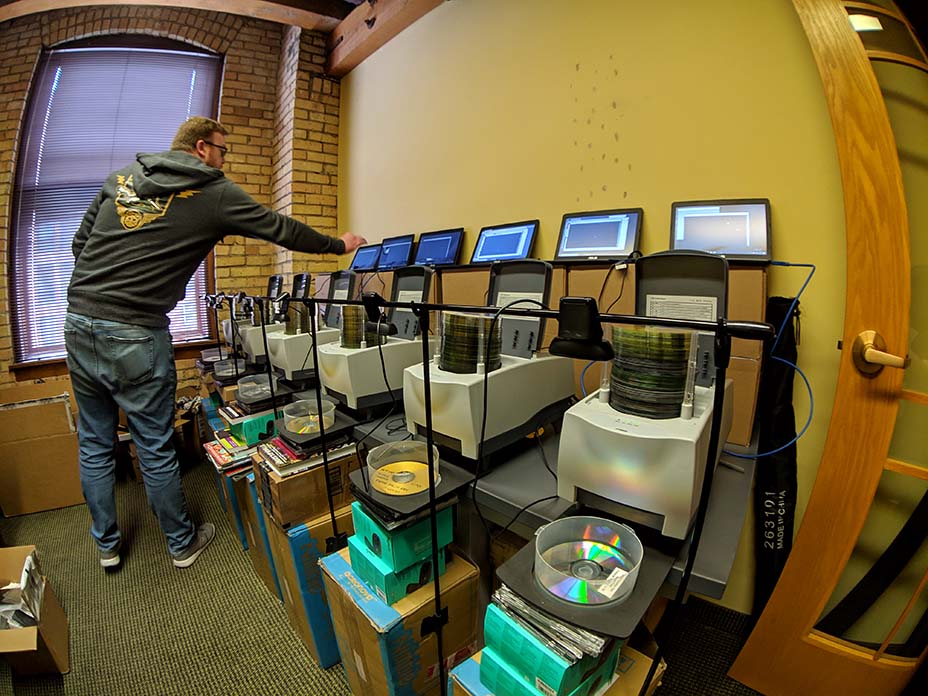 The Strong Museum of Play in Rochester, New York, is home to the International Center for the History of Electronic Games (ICHEG), a permanent series of exhibits that has collected more than 34,000 video games for consoles and personal computers. The museum also houses the World Video Game Hall of Fame, which opened in 2015 and now has more than 20 inductees.

“Taking the time to preserve history can be difficult, so you need to establish relationships with the company and we’re always open to doing that,” says Jon-Paul Dyson, director of the Strong’s ICHEG. Dyson and the museum have worked with leading game companies such as Nintendo in the past to collect information about how their games are made, but that level of involvement is still rare. 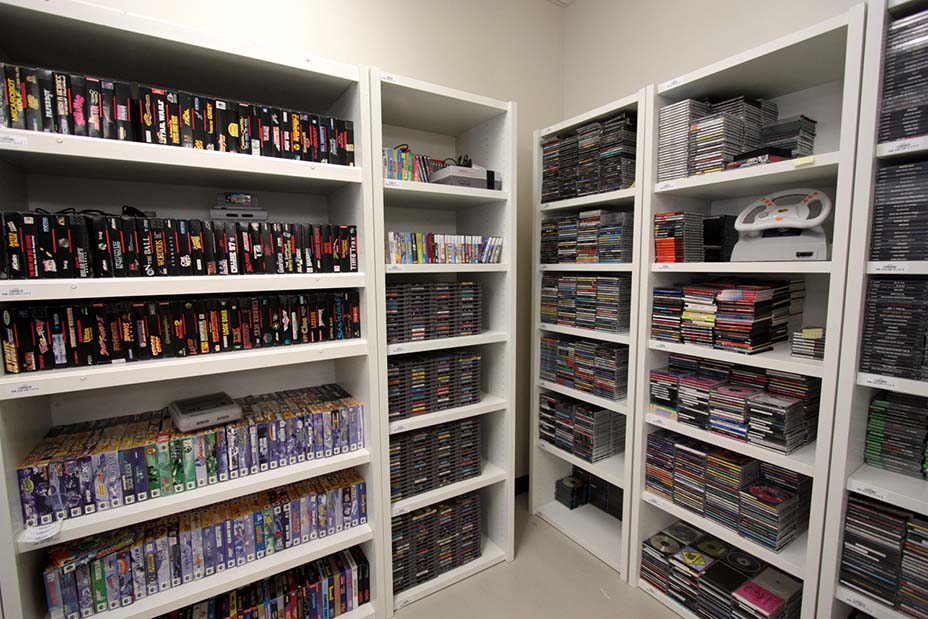 “I can’t say that [game companies] are being willfully reluctant,” Gibson says. “They’re just doing what is minimally required of them to at least get the material in here and not yet seeing the Library of Congress as the place that may be best serving these things. We’re waiting for that opportunity to find the one company that is going to take that first plunge with us and we haven’t been able to identify who that is yet.” 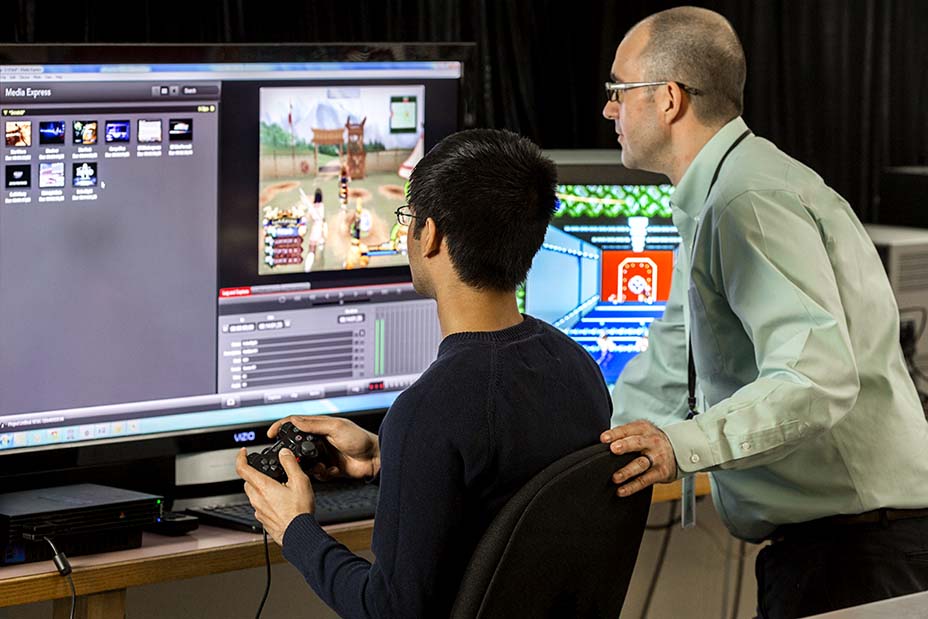 Hardie claims the ESA is an “interesting” case, as the organization has allowed his museum to set up exhibits on its E3 show floor for more than a decade, but has not provided “support or backing” for the institution or brought “attention of us to their members.”

“I think it would behoof us to engage with [the ESA] more to actually be the bridge between us and these gaming companies,” says Gibson.

“I don’t think any one institution can cover this amazingly varied and prolific field,” says Grayson. “Being competitive is less of an interest than being collaborative and thinking how we can each do our part and making sure the works that are in our care are being preserved and shown.”

For Cifaldi, he hopes his foundation can help cut down on the “horror stories” of game companies simply tossing their source material away. “What we like to say is that we’re not expecting to build this master archive of every game source ever,” he says, “but we’re stopping the bleeding.”