Award-winning and often music-inspired fashion designer Anna Sui has been tapped by Macy’s INC International Concepts brand to design an edgy yet feminine collection of women’s and men’s apparel, including shoes, jewelry and handbags.

In honor of the creative collab, Billboard Style sat down with the mind behind the design for a closer look at the collection. See what Sui said below.

Anna Sui is such an iconic American brand, why did you choose to work with Macy’s and INC?

I actually began my career selling Macy’s; they were indirectly responsible for me starting my own business. In 1981, I was working full-time for a big junior sportswear company. I dreamed about starting my own line, but I didn’t really know how to go about it. I had some friends who made punk jewelry and were going to try to sell it at a boutique trade show. They asked me if I wanted to share a booth with them, so I made five pieces of clothing. To my delight, I got orders from Macy’s [and was featured in an advertisement in The New York Times]! My boss said: “Is this girl on our payroll? Why does she have her own New York Times ad?” He said if I didn’t stop, he would fire me. I had orders to fill, so I got fired! That’s how I started my business! So it went full circle! I was so excited that Macy’s came back and proposed this collaboration with them. 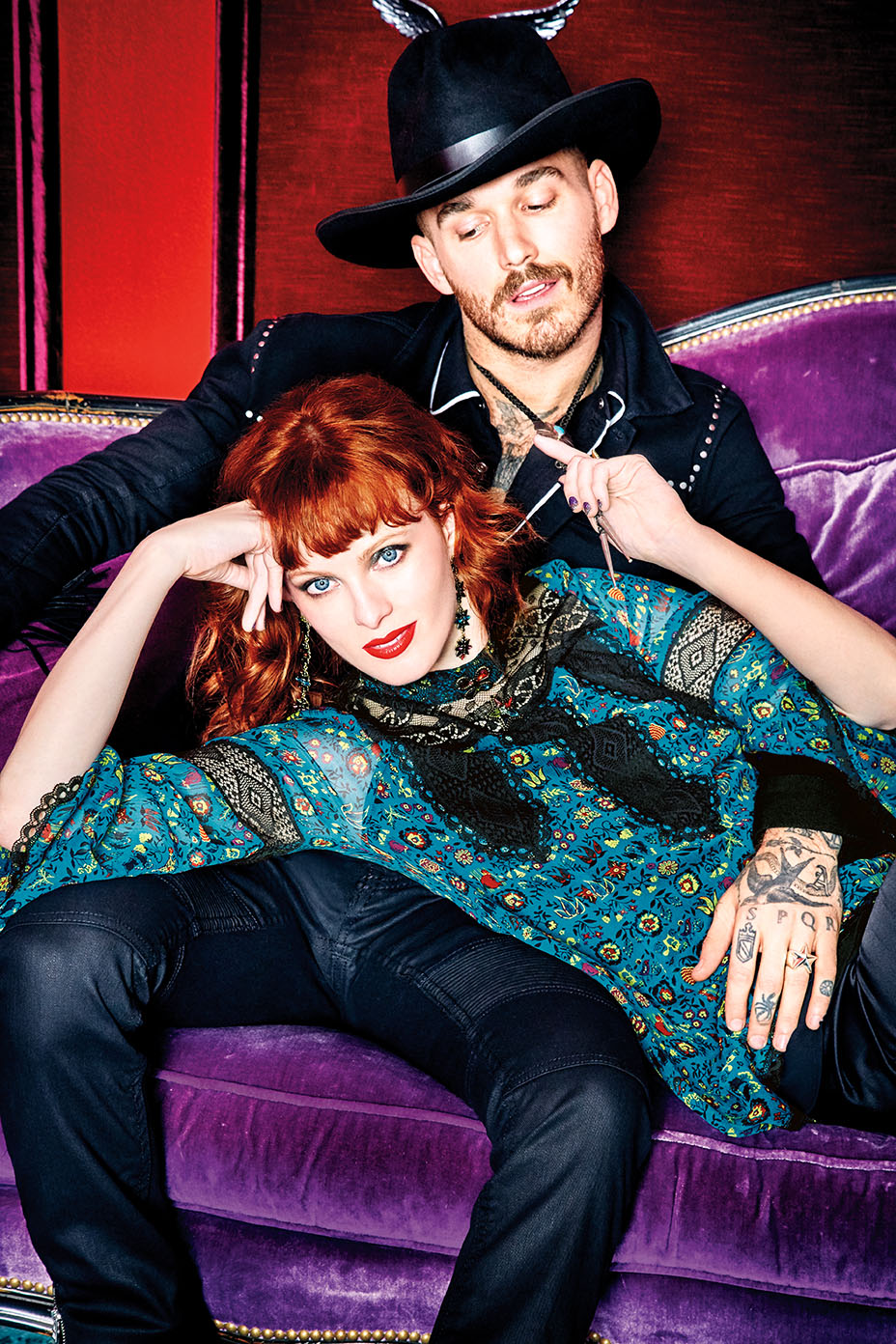 You and Karen have been friends for a while. When did you meet, and how has she inspired you and informed your work?

Her first season modeling, she opened my show [the fall 1997 Goth Collection]. She has done more shows for me than any other model. Karen is so inspiring. She’s a musician, she loves vintage clothes and looks like she stepped out of a Pre-Raphaelite painting.

Tell us about your design process for this collection. Where did you draw inspiration?

My spring 2016 collection was called “American Pie.” It was composed of iconic elements of Americana including cowboys, cheerleaders and Hollywood movie queens. I revisited the Western segments for the Macy’s INC project. 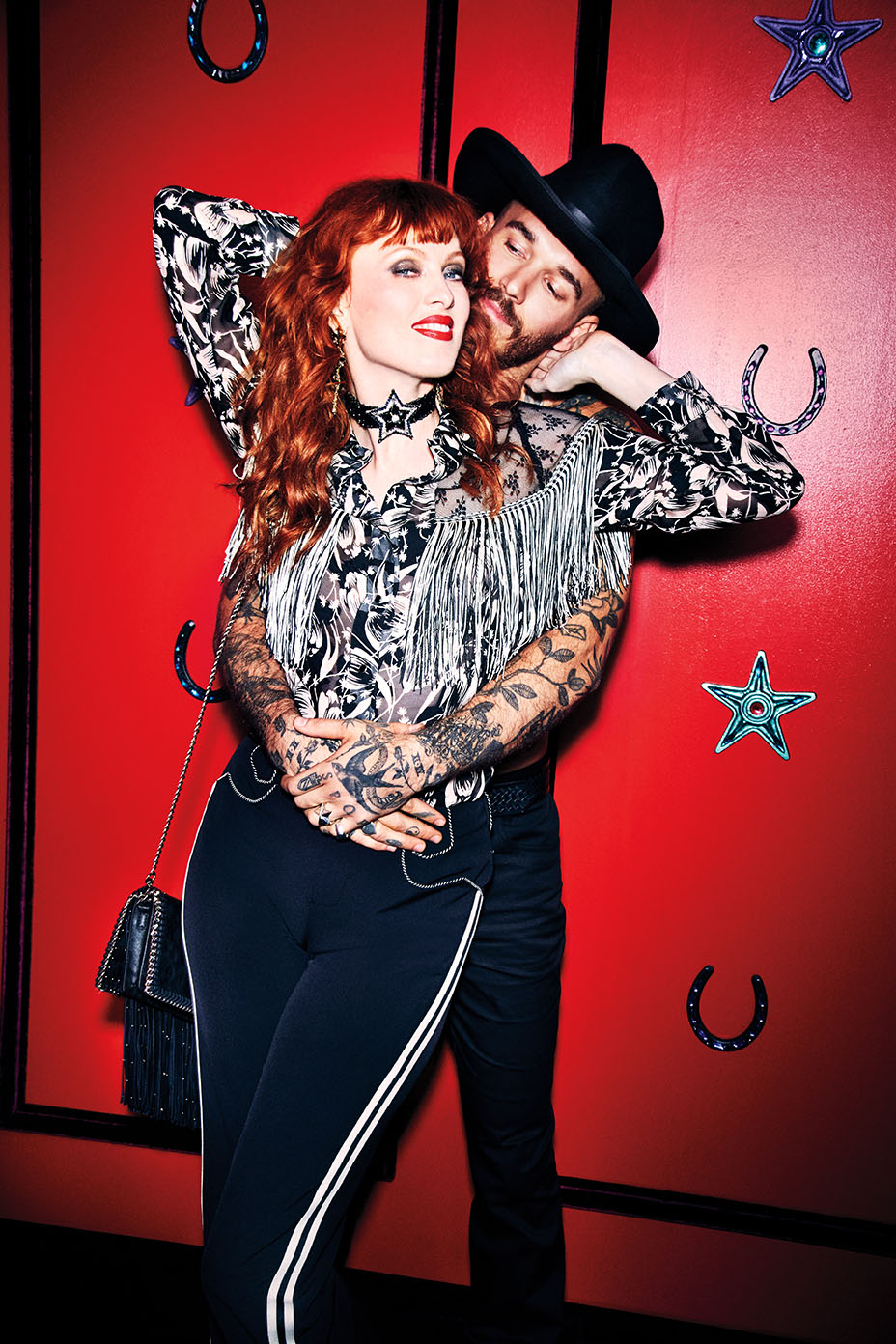 Who is the girl that wears this collection?

She’s someone who loves fashion and who follows trends of the moment. A style-minded consumer who likes to have fun and has a sense of humor.

Tell us about the musical inspiration behind this collection and the Anna Sui brand. What artists inspire you the most?

I’m always very inspired by music. For my Spring 2017 show, I wanted to evoke a Western mood via Southern California rock. I loved The Byrds’ song “Wasn’t Born to Follow” [from the film Easy Rider], and The Mamas & The Papas’ song “Twelve Thirty” [they were referring to Laurel Canyon]. We added a bit of Eddy Arnold’s “Cattle Call” and from Twin Peaks, we used “Walk to the One You Love” for even more added Western flavor. 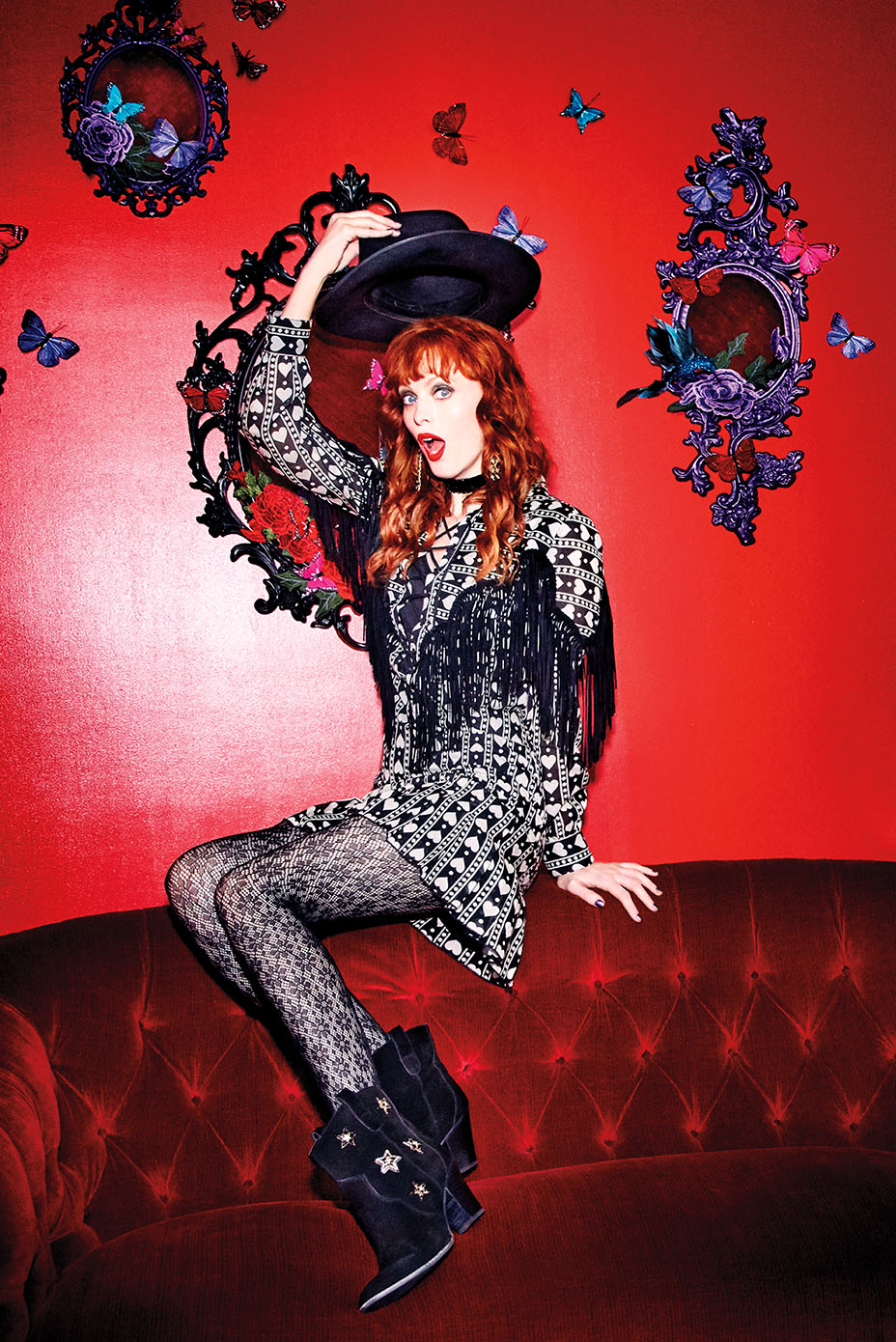 What are a few things that make this INC collection particularly special?

Great pieces that you can wear on their own, or mix into your existing wardrobe. The collection is full of special accent novelty pieces — everything embroidered, embellished and trimmed!

First album you ever bought?

First concert you went to?

Iggy Pop and the Stooges, and MC5 at an all-ages concert in a big park near my parent’s home in Detroit.

If you were to name this collection based off of an existing song or album, what would it be?

“Sweetheart of the Rodeo” by The Byrds.