While the betting on who will win the Palme d’Or has only just begun, speculation about which Cannes Film Festival debuts could go all the way to the Academy Awards is also about to heat up. But in recent years, several Cannes bows that had prognosticators swooning failed to live up to big Oscar expectations, leaving producers and studios worrying that the festival can be a risky launching pad for awards hopefuls.

Jeff Nichols’ Loving (2016) was critically praised but earned only one nomination (for lead actress Ruth Negga); 2015’s Carol — whose director, Todd Haynes, will try again this year with Wonderstruck — was nominated for six Oscars but walked away empty-handed; and in 2014, Foxcatcher scored five noms but won zilch.

“What happened with Carol is very disappointing because I personally think the film is a masterpiece,” says Peter Watson of HanWay Films, which handled its international rights. “But I don’t think the fact that a film is recognized in Cannes in any way is going to somehow impact on how it progresses through the nomination and awards seasons. There’s just something in the air each year around the Oscars that you can’t account for.”

The challenges of debuting at Cannes and then keeping the momentum going for nine months has led some filmmakers to prefer the fall festivals of Venice and Toronto. And while sources say that some major studio films nervously shied away from Cannes this year, insiders still insist the fest works for certain types of projects, especially foreign films that need a splashy debut to catch the world’s attention. Witness the 2016 trio of The Salesman (which won the best foreign-language film Oscar), Elle (best actress nominee Isabelle Huppert) and Toni Erdmann (best foreign-language film nominee).

Cannes can also be a smart choice for debuting a film that’s still looking for distribution, says Mike MacMillan, producer of Critics’ Week entry Mobile Homes, from director Vladimir de Fontenay. “The nice thing about Cannes is, after your premiere, you have a couple of months to get your ducks in a row — to plan your awards strategy,” he says.

Documentaries also have had a successful road to the Oscars, including the 2015 film Amy, which debuted in Cannes and won the best documentary Oscar. The producers behind An Inconvenient Sequel, which is playing in this year’s lineup, hope that taking the same path as the original 2006 film An Inconvenient Truth, which premiered at Sundance and then in Cannes ahead of its theatrical release in July, will lead to the same results — an Oscar win for best documentary. “We had so much success with the first film on this path, and because this film is about the global issue of climate change, being able to premiere it at the most renowned international film festival in the world is a tremendous boost,” says Diane Weyermann, executive vp documentary film at Participant Media.

But while Cannes may not boost a film to awards glory, it can easily end its chances. Says Thorsten Schumacher, managing director of the U.K.-based Rocket Science: “In Cannes you are putting your film up on a pedestal, so you have to be really sure your film can deliver, because if it doesn’t, as I’ve seen with films like Brown Bunny or Sea of Trees, Cannes can also completely annihilate your film.” 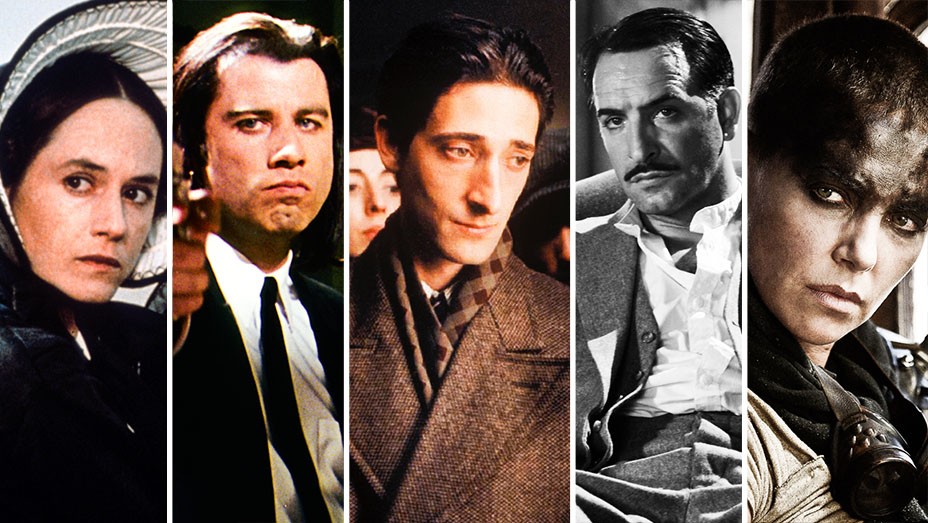 The Piano (1993)
Jane Campion became the first, and still only, female director to win the Palme d’Or with her period sex drama, and the Academy followed suit, awarding The Piano three Oscars.

Pulp Fiction (1994)
As many boos as cheers greeted Quentin Tarantino when his sophomore film won the Palme, and Pulp Fiction remained divisive: Nominated for seven Oscars, it only won one, for best original screenplay.

The Pianist (2002)
The scandal surrounding Roman Polanski didn’t taint the reception of his holocaust drama, which won Cannes en route to three Oscars, including a best director nod for (an absent) Polanski.

The Artist (2011)
Michel Hazanavicius’ black-and-white silent tribute to classic Hollywood was a late entry to the 2011 Cannes festival, but word of mouth carried it straight to the Oscar stage and five trophies, including for best picture.

Mad Max: Fury Road (2015)
George Miller’s fourth entry in his apocalyptic wasteland franchise opened Cannes with a bang in 2015 and stormed on to six Academy Awards.