Diane Lane is back on Broadway in Roundabout Theatre Company’s revival of The Cherry Orchard, in which she first appeared at age 12 in a 1977 Broadway staging (also featuring Meryl Streep on the cusp of her movie breakthrough). In Stephen Karam’s new translation of the Anton Chekhov classic, Lane leads the company as the aristocratic landowner Lyubov Ranevskaya, who reunites her family at their country estate in a bid to hold off foreclosure in a Russia on the brink of revolution. Joel Grey, Chuck Cooper, Tavi Gevinson, John Glover and Harold Perrineau are also featured in the new staging.

Lane, 51, goes Off Script to explain why she prefers to ride New York City buses, how Liam Neeson and Jane Fonda’s opening-night gifts are particularly strategic, and why she’s decorated her dressing room with photos of the “charismatic and beautiful” Clive Owen.

What do you admire about Ranevskaya?

Her honesty. The woman doesn’t seem to have any shame about her truth. But you love who you love, you regret what you regret, you miss who you miss. We are formed by our experiences and our losses, and nobody told her she should hide her heart away under a protective armor. I have better self-preservation than my character. 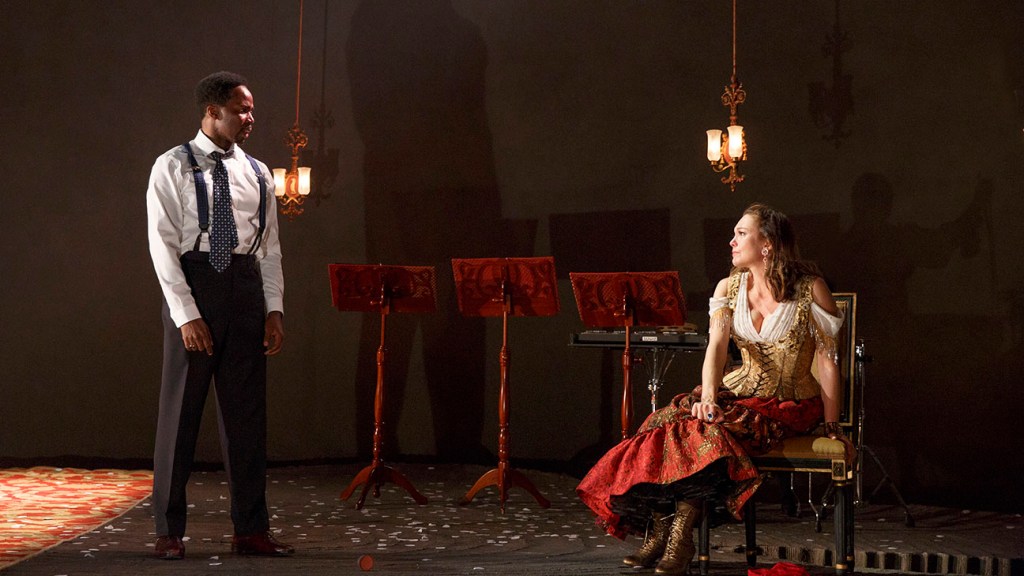 What have you given up for the role?

Through the rehearsal process, I gave up nicotine products and caffeine, and certainly no alcohol. But as I gained confidence and stamina from the experience itself, I allow myself to be a human being. You have to have something besides what the deli serves across the street. I’ve gotten some really good food on my nights off. Once in a while, I’ll go allow myself a really gorgeous steak at like 11:30 p.m. after the show. Everything in moderation is nice.

I keep moving. I have four outfits and a quick-change. I never check my phone; it’s on airplane 90 minutes before the show.

Getting the deepest physical body work I can get. And I like to take the bus there because it’s gentler on my neck. Sometimes I have to lay down in the back of a cab because the streets in New York feel like I’m in Cairo or something. My dad was a cab driver, and he’d go through a cab every year because he’d just rip the bottom right out with the potholes.

It’s always nice to get flowers. Unfortunately they don’t live forever, but Liam Neeson and Jane Fonda are smart: They give orchids because they know they’re the only flowers that will still be there weeks after opening night. Very kind souls who have done theater themselves, and they understand.

It’s ridiculously special already because I’ve visited Cherry Jones and Jessica Lange in that dressing room, so to be the occupant is surreal in itself. I did not bring a lot of my personal world in; I like it to stay a workplace where I’m functioning within that bubble. So the only pictures I have in there at the people I’ve cast in the roles of my deceased husband — Peter Ustinov, I love him, I think he was an amazing actor — and my lover. He’s a bit of a rake, a cad and a con artist. In the play, I never say his name; I only refer to him as “going to Paris,” and they know I’m going back to that toxic man whom I can’t stop having sex with.

Clive Owen — who also used to be in that dressing room — will have to forgive me, but he’s the rake that I’ve cast in the role. [Laughs] He’s a good guy, he’s been married to the same woman for 20 years, and I have great respect for him. But he’s so charismatic and beautiful, and I think if he chose to target a woman, I doubt she would be able to resist his charms, and I think that’s what happened with Ranevskaya. Since Clive is such a nice guy, we renamed him Vladimir in the play. I call him Vlad. 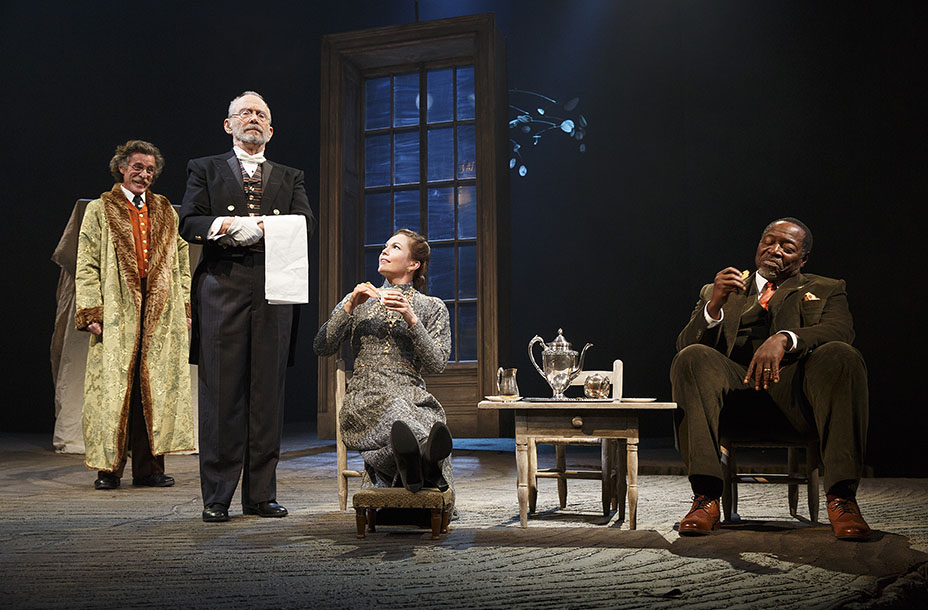