With her latest best original song nomination for “I’m Standing With You” from the Fox feature Breakthrough, Diane Warren now holds an Oscar record — if not yet an Oscar. Her 11th career mention makes her the most-nominated woman in Oscar history without a single win. Her first nom came back in 1987, for “Nothing’s Gonna Stop Us Now” from the comedy Mannequin. On Feb. 9, she’ll have attended the ceremony as a nominee across five decades. Whether or not the prolific songwriter gets a breakthrough of her own this year, she says the recognition itself is always a thrill.

“The novelty has never worn off,” says Warren, 63, who hosted a “sleepless sleepover” with friends to watch the early morning nominees announcement. Though the song had been shortlisted — and she’s been nominated four out of the past five years — she considered herself a long shot. “I’m never not grateful, and I’m never jaded about it,” she says. Warren also doesn’t mind her songs doubling as her passport to Hollywood’s biggest night. “I was not a popular kid. I didn’t really get invited to a lot of parties,” the Van Nuys native says. “So it’s fun for me. I love it.”

Tasked with writing an end-credits song for Breakthrough, Warren screened the faith-based drama one day and sat down at her piano the next. Based on a true story, the movie recounts the unlikely survival of John Smith (played by Marcel Ruiz), a 14-year-old who falls through thin ice on a Missouri lake, stays under for more than 15 minutes and remains unconscious after his rescue. He stuns doctors by regaining a pulse, and the faith and prayers of town residents are credited for his recovery from a coma. This Is Us star Chrissy Metz, who recently inked a record deal with Universal Nashville, plays his adoptive mother, Joyce, and recorded vocals on “I’m Standing With You” for the film. 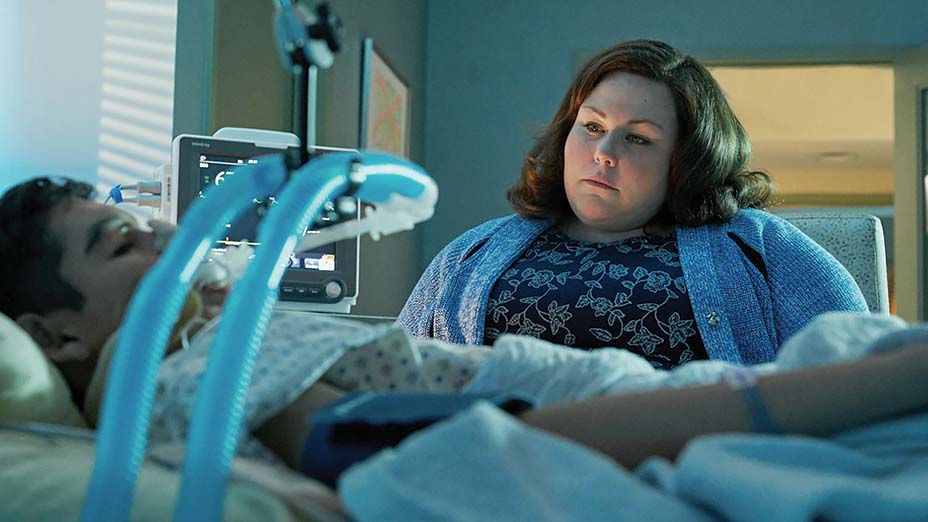 “The scene that stood out is when the preacher asks everybody to stand who believed, who had faith that [the boy] would get through and supported him,” Warren says of a climactic moment toward the end of the film. “To see the community rally around him, that stayed with me.” Warren doesn’t consider herself an expert musician or singer but rather a songwriter who works on instinct. “The next day, I sat at the piano and started singing that chorus,” she says. “The chorus wrote itself. It made me cry. It’s simple, but it resonates.”

The song especially resonates at a time when society seems more fractured than ever. “It’s about standing with somebody: Whatever you go through, I’m standing with you,” Warren adds, echoing the song’s lyrics. “That’s a powerful statement. We’re all so connected, but we’re all so alone,” she says, referring to the isolation bred by digital culture. “I write something that I want to move me. Hopefully, if it moves me, it’s going to move somebody else.” Warren also considers that the sentiments in “I’m Standing With You” apply in broader terms: “We live in really divided times. It seems like we’re so far apart. So that kind of message, it’s healing.”

“I’m Standing With You” follows in a progression of Warren’s recently nominated songs that have been embraced for their heartfelt social messaging. Metz has performed “I’m Standing With You” at events supporting the ACLU and the 50th anniversary of the Stonewall riots. “Til It Happens to You,” co-written with and performed by Lady Gaga for the 2015 campus sexual assault documentary The Hunting Ground, coincided with the start of the #MeToo movement and was accompanied by a PSA-style video that Warren helped finance. “Stand Up for Something,” from Marshall (2017), has been adopted as a sort of theme song by Stand Up to Cancer. And “I’ll Fight,” from the 2018 documentary RBG and performed by Jennifer Hudson at last year’s Oscars, also has become a clarion call for social justice causes.

“I’m always thinking when I write a song for a movie [that it] can live outside of the movie as well,” Warren says. “It means a lot because they touch people. Nothing’s more powerful than music because it doesn’t go to your mind. It goes to your heart.” Though she’s also behind some of the late 20th century’s most memorable and personal ballads — including Trisha Yearwood’s “How Do I Live” and Celine Dion’s “Because You Loved Me,” both of which earned Oscar nominations, too — Warren says it’s the anthems about perseverance and overcoming obstacles that really reflect her personal feelings. “Songs like [‘I’ll Fight’ and ‘I’m Standing With You’], I’m really in there,” she says. “That’s how I live my life. To become successful, even as a songwriter, you just need that determination. That’s really part of my DNA.”

That determination has more than paid off. Warren has been the sole owner of her publishing company, Realsongs, since 1986, and her songs have been featured in more than 100 films. She’s written for many of the biggest names in pop, including Beyoncé, Adele and Justin Bieber. And she’s not looking toward retirement any time soon. “I really do think I’m writing my best songs right now,” she says. Her upcoming slate includes songwriting for film, television and the stage in addition to collaborations with recording artists. Her awards mantel already includes a Golden Globe, an Emmy, a Grammy and numerous other trophies.

“I’m not going to be one of those people who say, ‘Well, I don’t care if I win.’ I’d fucking love to win,” she says. “I think winning the Oscar would be a miracle. But you know what? I believe in them, so you never know.”