Continue to The Hollywood Reporter SKIP AD
You will be redirected back to your article in seconds
Skip to main content
June 11, 2018 7:30am

Anthony Hemingway took his first job as a production assistant when he was only 14 years old — and at 19 became the youngest member to join the Directors Guild. “That allowed me to be a part of a creative circle,” says Hemingway, now 41. “I had the opportunity to grow and find what I believe to be my purpose.”

The Bronx native has notched a steady stream of work in TV on shows like ER, CSI and True Blood, and more recently he helmed and produced episodes of HBO’s Treme and FX’s The People v. O.J. Simpson: American Crime Story. He did the same on his latest series, USA’s Unsolved: The Murders of Tupac and the Notorious B.I.G., which explores the death of the iconic rappers. THR caught up with the director as he was in Louisiana filming his next project, Syfy and USA’s adaptation of The Purge, to talk about why he wanted to tell Tupac and Biggie’s story, the future of Unsolved and his plans for the timely new series adapted from the Blumhouse horror films.

What made you want to get involved with this project?

I love to take history and replay it in different ways. It not only allows us to reflect on where we are in the world now, but we get to really parse through what we’re going through and the things that have contributed to some of the ills happening now. That’s what touched home for me because as we’re seeing so many young kids being killed by these senseless crimes, hopefully we will be reminded of what is needed and have blueprints to learn from. This one was special for me, too, because Tupac and Biggie were beyond large and important figures in society. If you look at today, we have Kendrick Lamar and Childish Gambino coming out, and these are voices that needed to be heard. We have to continue to have these images to force us to look in the mirror at ourselves and find the opportunity to be better.

Did you have any concerns since Tupac’s and Biggie’s murders have been so prevalent in TV and film?

Not really. What was important to me and everybody on board was to find what had not been really talked about or shown, and that is the humanity of who these two young men were. It was about really understanding them and finding that opportunity to humanize them. That was something I hadn’t seen before in the stories and depictions that have been told about each of them. We’ve been so saturated in the fads of only negative perceptions. [My goal] specifically was to see them as friends and understand that dynamic. That was one of the exciting things for me.

Anthony Hemingway: 'Unsolved' is "Changing the Narrative" on Notorious B.I.G. and Tupac

The show hasn’t been renewed for a second season, but should it be, where would the story go?

Kyle Long, who created the show, has been coming up with what story would be next. The bar has been set with Biggie and Tupac, so what story we tell next has to have equal importance and be something that will hopefully have the kind of impact that we’ve been really blessed to have on this. We haven’t yet gotten together to talk about details.

When it comes to the Purge series, how do you decide what to pull from the films and when to diverge?

I try to give everything its own identity being in the TV space, knowing that structure and having the ability to tell the story over a longer format will be evident and seen in the pacing and how the narrative unfolds. [It’s about] taking this very familiar space that allows fans of the genre to come and have a slightly different experience, really. We’re hoping that they will take this journey and let it be a metaphor for a lot of what we’re going through right now. 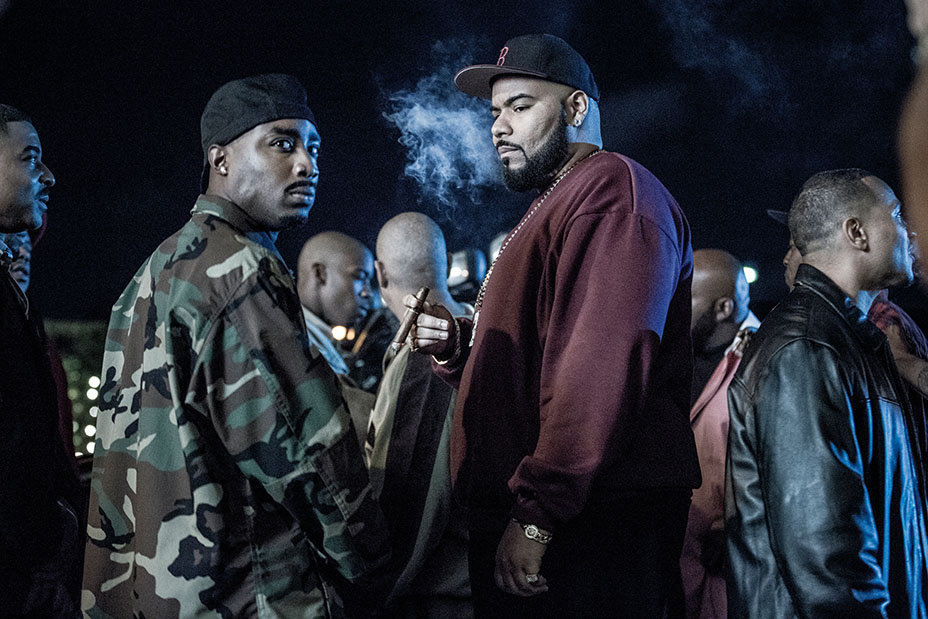