Donald Trump has been hiding in plain sight. Or not hiding. Seldom, if ever, has an American politician so aggressively acted out and imposed his unfiltered personality on the public, consequences be damned. And yet, the final weeks of the presidential campaign now are wholly centered on the media’s shocking revelations about who he really is.

“Well, where have you been?” is one glaring question for the media. The other is about how complicit the media has been in covering for him until now.

Trump is a thrice-married beauty pageant owner, a compulsive attention seeker and a sexual braggart. The possibility of him not engaging in lewd, loutish, outre and, for a presidential candidate, scandalous behavior is nil. Was no one in the media looking? Did nobody care about the details? Or was it just not possible to believe what was as clear as the noses on our faces? A journalist’s job can’t be so easy as that. Or, perhaps, it was just a case of not wanting to belabor the obvious: It would hardly seem to advance the discussion to insist that Trump is an oaf, brute, philistine and cad, which is, of course, exactly the shocked — shocked! — point that now repeatedly is being made in the campaign’s final days.

Or, as the candidate uniquely created and promoted by the media, has he been gamely protected and tolerated through stages of amusement, gratefulness (“It may not be good for America, but it’s damn good for CBS,” said CBS Corp. chief Leslie Moonves earlier in the cycle, no doubt now regretfully), incredulity and alarm, until we reached the horror stage in September with a sudden leveling of the polls, prompting the media to act in righteous concert?

Billy Bush and the New Ethics of Entertainment Journalism

The unavoidable awkwardness, of course, is that so many of the details about Trump’s particular sort of sleaziness, so many smoking guns, actually have been in the hands of the media all along.

The more or less fatal bullet came from the NBC-owned infotainment show Access Hollywood. Billy Bush, who would become a Today show regular this summer — that is, an employee of the NBC News division of NBCUniversal — was the other party to the tape. He knew! Reports indicate that inside NBC he was talking openly about what he knew since this past August. Still, perhaps this wasn’t seen so much as news but as Trump being Trump, as hilarity. Really, does the video reveal anything about Trump that was not previously known? Bush, now losing his Today role, becomes something of a tragic figure in this. In the business of stroking celebrities, he now is reviled for stroking one. Likewise, NBC, ever on the job of the care and maintenance of NBC stars, was no doubt instinctively reluctant to shoot one — one, as it happens, running for president. 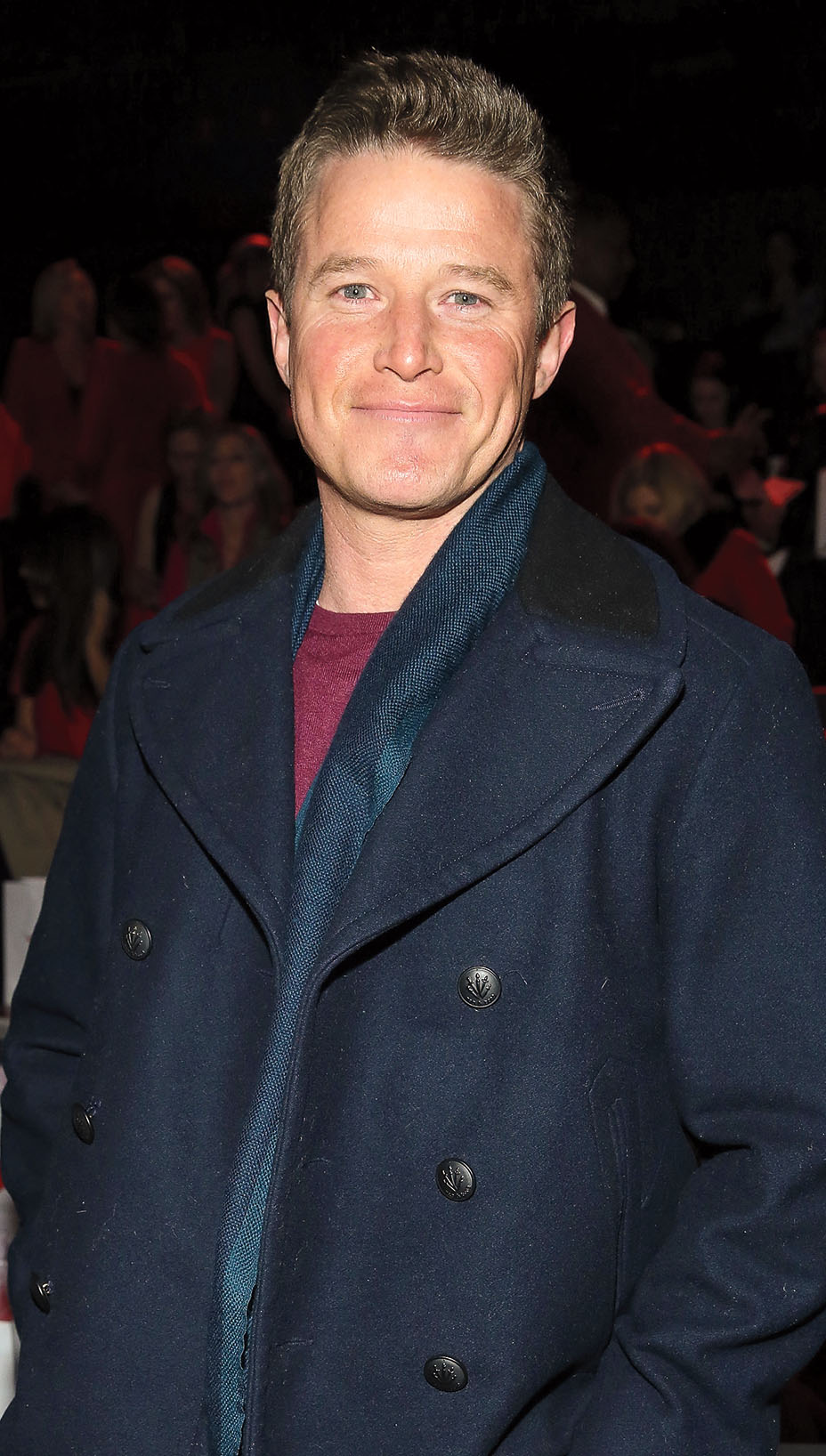 Part of the rationale about the video’s news value, and for why the media should be so righteous about stomping on Trump now, is the seeming singularity of the vulgarity in Trump’s own voice. (For those without television or internet, he told Bush, among other things, he “moved” on Bush’s Access Hollywood co-anchor Nancy O’Dell “like a bitch” and noted “when you’re a star, they let you do it. You can do anything. … Grab them by the pussy. You can do anything.”) To have imagined it, to have intellectually appreciated what it must be, is nothing like actually hearing it.

And yet, it turns out his real voice, offering a detailed and nuanced account of his sexual views and habits, was not at all unique. What he said theoretically in private to Bush he has said publicly over and over again with many variations — including agreeing with the description of himself as a sexual predator — to Howard Stern, for 30 years a leading champion of sexual harassment practices.

Trump himself — recalling Gary Hart’s fatal invitation to reporters to follow him if they didn’t believe his claims of virtue — assured Anderson Cooper during the second debate that, in fact, he really didn’t do the things he said he did. Voila! Among the accounts to swiftly contradict him was one from a former People reporter, Natasha Stoynoff, assigned to cover Trump and Melania at Mar-a-Lago in 2005 on the occasion of their first wedding anniversary. During the interview, in Stoynoff’s telling, Trump sexually assaults her with a sudden kiss and grope. It is pretty much only Trump himself who now points out that the article she wrote based on this interview is a celebratory one. Nobody else, least of all anyone in the media, is saying People published a fraudulent story. It lied: People had firsthand proof the marriage was something other than what it said it was but drooled sycophantically over the couple anyway. The influence of People contributed to creating the celebrity stature of Trump. Now, with no more information than it had then, it wants to take that stature back. Who’s responsible for what? Who’s less trustworthy here? 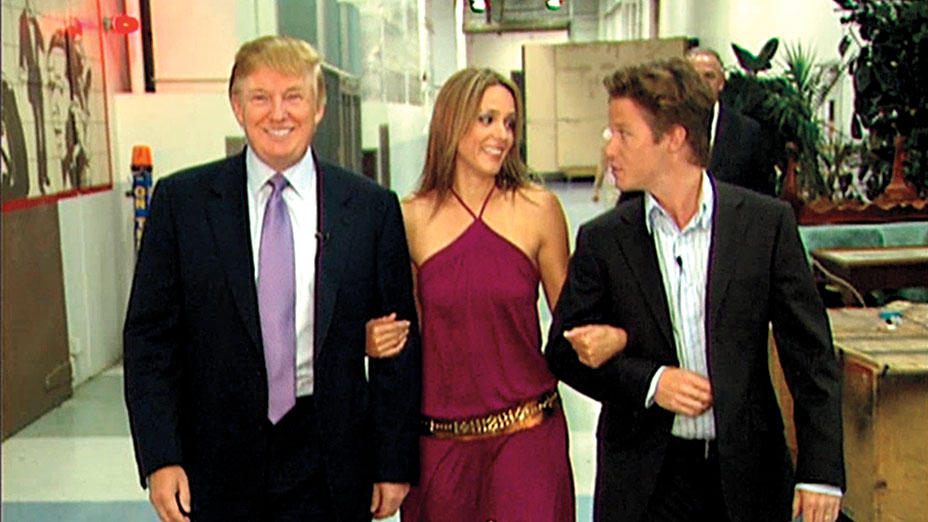 Another aspect of the media rationale for why now and not before involves the recently enshrined journalistic principle that the testimony of one victim brings out supporting testimony of others — and now there’s a growing list of Trump grope victims — quite putting aside the fact that when witnesses have the opportunity to compare accounts, that necessarily lessens reliability. While it is wholly believable that Trump systematically mashed a lot of women, it also is as reasonable that the rudeness and grossness he has made no secret of, only now, in the tailoring of a chorus of accounts (lawyers shaping the language of decade-old memories) inflates to a media consensus of sociopathic if not criminal behavior. Indeed, The New York Times, when it previously pursued the issue of Trump’s behavior toward women for an article in May, relying on independent accounts, came up with an entirely different tenor of story — “a complex, at times contradictory portrait of a wealthy, well-known and provocative man and the women around him, one that defies simple categorization.”

Trump, not surprisingly, now that he has been simply categorized as a sex abuser, makes matters worse for himself. By attacking the media — with toothless threats of lawsuits — he fortifies its unity and its certainty. But you can see why he’s hurt and confused. For so long the media encouraged him to be Donald Trump. Thirty years of enabling him and encouraging him. And through more than 18 months of campaigning for president, it really seemed like he was going to get away with being who he was. But let no one forget: The media, if it makes you — in this instance with great civic resolve — can break you, too.