In The Aeronauts, scientist James Glaisher (Eddie Redmayne) and pilot Amelia Wren (Felicity Jones) take on a potential world record for the highest hot air balloon ride. The Amazon Studios film is based on a true story from 1862. But the sweeping views and dangerous airborne scenes weren’t all CGI — as director Tom Harper and producers David Hoberman and Todd Lieberman explained to The Hollywood Reporter at AFI Fest on Tuesday how they filmed Redmayne and Jones in a functional hot air balloon as high as 8,000 feet for the sake of authenticity.

“It was a process of discovery, because the beginning was ‘Let’s do it all real,'” said Lieberman. “How in the world were we going to achieve doing this period action-adventure film, while making sure that we were experientially accurate without sacrificing visuals? … I still believe that the idea of it’s real, there’s something that’s distinguishable.” 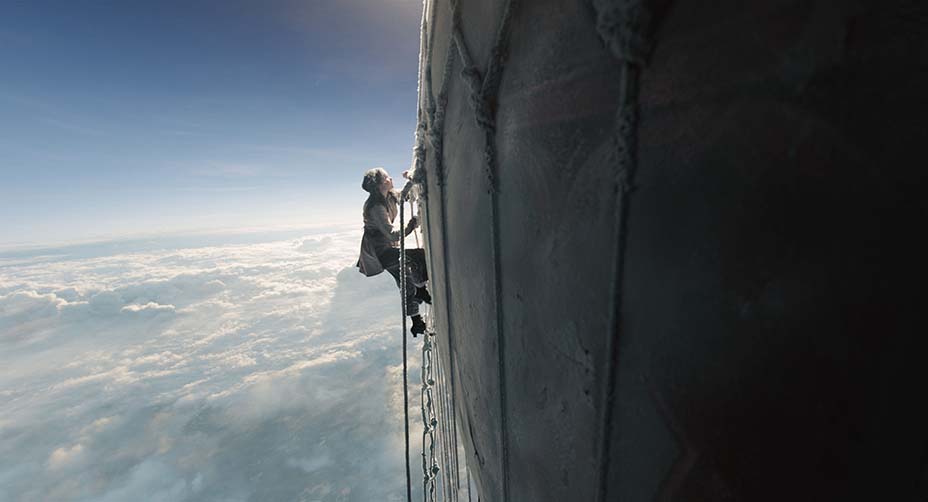 The team built a real flight-worthy balloon that they flew between 2,000 and 8,000 feet in the air. The stars and stunt people were inside the balloon basket while Harper watched from a helicopter.

“It’s really difficult to articulate just how real a lot of it is,” added Lieberman. They shot parts on a stage and used visual effects, but also “a lot of practical filmmaking.” Some of the shots were filmed in the air, but with added visual effects below them; for example, in a wide shot of Redmayne and Jones above old London in the balloon. “That’s real, but the cityscape below is a visual effect because London doesn’t look the same as London did in 1862,” Lieberman explained.

Harper’s goal was trying to capture the story and make it feel “as real as possible,” he said. “We could put the cast [in the air] and they were brave enough to agree to it. Even the stuff we couldn’t do for real, they had the experience of flying and of what it felt like so they [could] draw from that experience and use it in their performance. … It’s amazing. I would have done it all for real if we could have.” 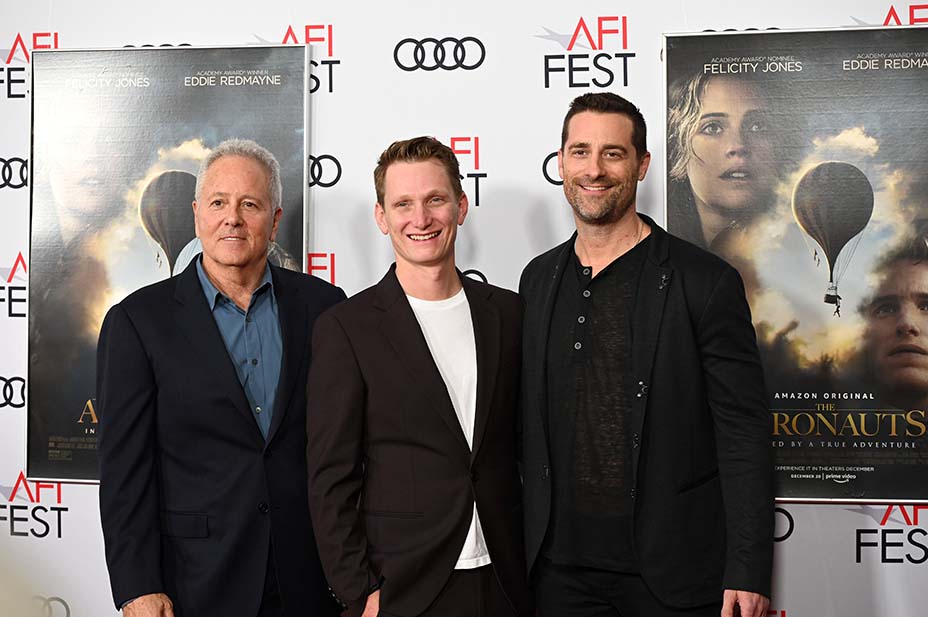 To prepare, Jones did some gas balloon piloting in Germany, as well as acrobatic training. Redmayne went through hypoxic training and had a movement coach that informed every action to be “precisely orchestrated” as a scientist would have done in that day, Lieberman said.

Plus, Redmayne and Harper went to the Ministry of Defence airbase in the U.K. to experience a decompression chamber. “They took us to the equivalent of 23,000 feet, where we were starved of oxygen,” Harper said. “One of the things I was in awe of our actors about was how much they put themselves through this.”

The reality of filming in a small hot air balloon also informed the casting decisions for The Aeronauts. “We needed instant chemistry because of the confined space,” Lieberman said. “Let’s not bank on two people that we’re putting into a confined space. Let’s know going in that they already have the existing chemistry and surprise, surprise, they still do.” (Redmayne and Jones had worked together previously in The Theory of Everything.)

Despite the high-altitude filming, visual effects supervisor Louis Morin (Arrival) still had his plate full with what he estimates as 80 percent of the movie on his team’s shoulders. “The director was adamant, wanted to do as much live as possible. He went as far as building a real balloon, putting the real actors in it, but to be honest, I knew damn well that at some point, it would end up in our department,” he told THR. “We did keep a few shots here and there that are live. … That was the challenge — trying to keep this real, so nobody ever questions the fact that it wasn’t shot for real.”

The Aeronauts is set to sail into theaters on Dec. 6 and on Amazon Prime Video on Dec. 20.