At the Get Out premiere last February, Lil Rel Howery was rushed by fans wowed by his breakout performance as a quick-witted TSA agent who provides the comic relief in Jordan Peele’s horror film. A prolific stand-up comedian who played the dopey brother in The Carmichael Show before appearing in Insecure, Howery, 38, was stunned by the attention, which didn’t end there.

Within weeks of Get Out’s debut, he shot three films back to back: The basketball comedy Uncle Drew, due in theaters June 29 and his first lead role in a feature; Susanne Bier’s post-apocalyptic thriller Bird Box, from Netflix and starring Sandra Bullock; and the indie drama Brittany Runs a Marathon, starring Jillian Bell. He also filmed BET’s miniseries The Bobby Brown Story, playing Brian Irvine, the legendary performer’s business manager. More recently, he shot the pilot for what he hopes is his new sitcom at 20th Century Fox TV, Rel, loosely based on his own life. On April 26, he’ll be feted with CinemaCon’s breakout performer of the year award.

How did Get Out change your career?

I got more movie offers for sure. It was a huge turnaround. Jordan actually said that would happen. After he’d seen a first cut of the film, he called and said, “It’s about to get big for you.”

What did you make of the backlash when you and co-star Betty Gabriel weren’t included in Get Out‘s SAG nomination because guild rules require that nominees have their own title cards?

I thought it was good for the fans to react like that. It’s one of those technicalities I think they should look into when it’s an ensemble cast. It shouldn’t just be about the title cards. Mine was a bigger role once you saw the movie. Somebody may have a title card just because they’re more famous. It doesn’t mean their role is just as big. This movie had an ensemble cast; everybody was important. We have so many old rules. It’s 2018.

Why Tiffany Haddish Refused to Audition for 'Get Out'

Do you want to continue to focus more on comedy?

No, I’m mixing it up. Everything is about the material. The reason why I’m doing The Bobby Brown Story is because I’m a huge fan of Bobby Brown. And Bird Box is a sci-fi thriller. It’s about grabbing these roles when I have a chance. Sometimes, your agents and stuff want to put you a category. Your audience will put you in a box, too, if they only see you do the same thing. I want to do as much stuff with heart in it as I can.

Along with Jordan, you’ve worked with Issa Rae on Insecure. What can the industry do better to foster black creators?

To be honest, it’s not necessarily just on the industry, but on us to be creative and stop waiting. Write the show you think you should be in. 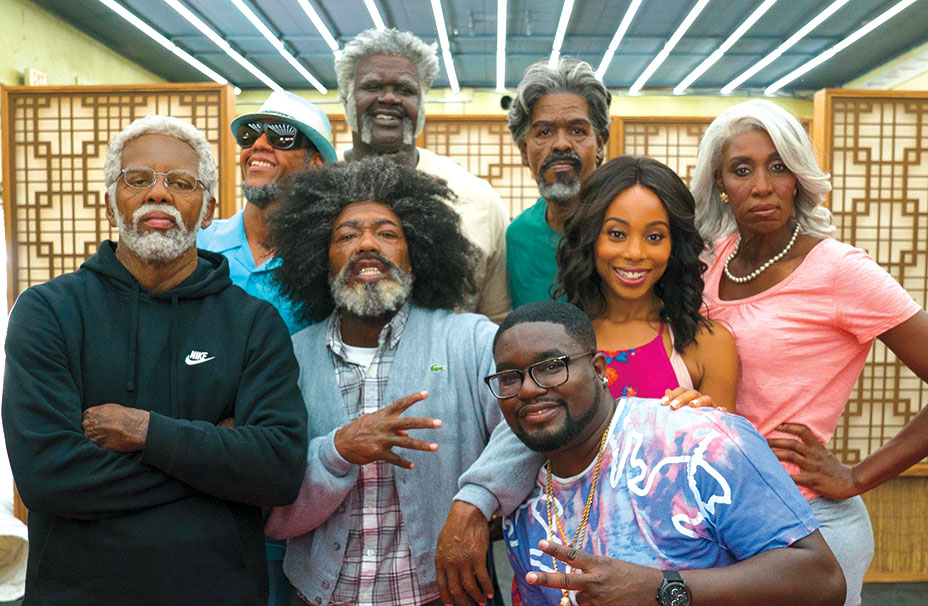 When you take a job, are you making sure you’re getting paid as much as the person next to you?

It’s funny you say that. As a male, I didn’t think I had to, but I was talking to one of my friends about this and they were like, “but you’re a black male. The white guy gets paid more than everybody …like, everybody.” I’ve been really fighting for equal pay for women. It’s just disgusting to ask a human being to do the same job, but you don’t pay them the same thing. It doesn’t make sense.

Are you going to gamble in Vegas when you’re there for CinemaCon?

CRUISING TO PIONEER OF THE YEAR

Known for honoring top studio execs, the Will Rogers Motion Picture Pioneers Foundation is changing things this year at CinemaCon by giving its top honor to a movie star — Tom Cruise. The Mission: Impossible — Fallout lead is the only actor to be named Pioneer of the Year besides Bob Hope.

“Year after year, Tom Cruise’s contribution to the box office is huge,” foundation president Kyle Davies tells THR. “It affects everyone in our business, from the head of the studio to the manager in a theater on opening weekend.”

Tom Cruise to Be Honored at CinemaCon