Throughout the past decade, the financial incentives and political pressures of the surging Chinese movie market have been too much for most Hong Kong filmmakers to ignore. One by one, many of Hong Kong’s greatest film talents have relocated their careers, if not their families and entire lives, to the vastly greater pond of the Chinese mainland.

And the rewards — for some — have been formidable. During Chinese New Year in late January (the most lucrative annual moviegoing period at the world’s No. 2 box office), the two biggest films were both made by titans of the Hong Kong industry: Jackie Chan’s Kung Fu Yoga, directed by longtime Chan collaborator Stanley Tong, topped the charts with $255 million, while director Tsui Hark and producer-writer Stephen Chow’s Journey to the West: The Demons Strike Back took $240 million in the Middle Kingdom — not as much as Chow’s $528 million all-time China box-office champion The Mermaid from the previous year, but a bona fide blockbuster nonetheless.

But for many veteran Hong Kong filmmakers, the choice between working within Hong Kong’s smaller but richly pedigreed film sector or embracing the mainland market — with all of the creative and political concessions to Beijing’s censors that doing so occasionally requires — actually has been no choice at all.

“If you just stay within the Hong Kong market and want to earn a living as a filmmaker, you won’t really be able to find enough well-paying jobs and opportunities to sustain yourself,” says 35-year-old Hong Kong director Jevons Au.

Can Japan Transform Itself Into an International Shooting Destination?

After all, notes Au, why would any business-minded film financier bother investing in a Chinese-language film targeted toward Hong Kong, with its 7 million residents, when there is a potential audience of 1.37 billion just across the border? “The reason Hong Kong directors are working in China is that most investors are only willing to put money in films targeting the Chinese market because it’s so much bigger,” Au explains. “For me, making movies is not something I do to earn my full living — I do it because I have something I need to say — but for these very experienced older directors who want to continue their careers, I understand that they need to work in China.”

Recently, however, some Hong Kong talents have shown a willingness to go further. Instead of simply transporting their commercial moviemaking chops to Chinese screens, they are accepting jobs directing overt propaganda vehicles that are designed to please Beijing authorities. Not one but two films to commemorate the 90th anniversary of the establishment of China’s People’s Liberation Army (PLA) are underway, both with Hong Kong directors taking charge.

The first is the straightforwardly titled Founding of an Army, the third installment in the “Founding of New China” trilogy. The first two films in the propaganda series were co-directed by Han Sanping, former head of the state-backed China Film Group, and mainland director Huang Jianxin; but the new installment is to be helmed by Hong Kong film legend Andrew Lau, best known for Infernal Affairs, which was remade by Martin Scorsese as The Departed. The film is billed as a war epic with “youthful revolutionary elements.”

Likewise, the other film positioned as a “gift” to commemorate the founding of the PLA is Hong Kong director Dante Lam’s Red Sea Operation, the follow-up to Operation Mekong, which grossed $172 million (1.2 billion yuan). Shot in Morocco and portraying the evacuation of Chinese nationals during the 2015 Yemeni Civil War, Red Sea Operation has the endorsement and assistance of the Chinese military. The film will also be presented to the Chinese Communist Party’s 19th National Congress.

“The Hong Kong film industry has always made the entertainment factor a priority, so Hong Kong directors are able to inject entertainment value into something that the Chinese audience is overly familiar with,” explains veteran Hong Kong producer John Chong, who worked with Lau on Infernal Affairs. “This is why Hong Kong directors are sought after to helm these ‘main melody films’ (the Chinese government’s official name for the revolutionary propaganda genre).

“Some Hong Kong directors might have reservations about directing propaganda-type films, but many of them have no baggage,” Chong adds. The phenomenon of Hong Kong veterans directing these “main melody” films — films that “invigorate national spirit and national pride,” according to Beijing’s former Ministry of Radio, Film and Television’s official description of the genre — started with Tsui Hark’s The Taking of Tiger Mountain 3D, a remake of one of the Communist “model plays” allowed during the Cultural Revolution. The film was a success, grossing more than $116 million (800 million yuan) in 2014, and enticed a younger audience with its modern action and use of up-to-date 3D technology. Since then, the market has seen Oxide Pang’s 2016 historical drama My War, about Chinese volunteers during the Korean War; Dante Lam’s 2016 Operation Mekong, about the Chinese police force entering the Mekong Delta to investigate the death of 13 Chinese nationals, and Alan Mak’s Extraordinary Mission, released in 2017, about a policeman going undercover in a drug cartel. All of these films exclusively cast mainland Chinese actors in the lead roles and were commended in China for their positive depiction of law enforcement personnel or the military. 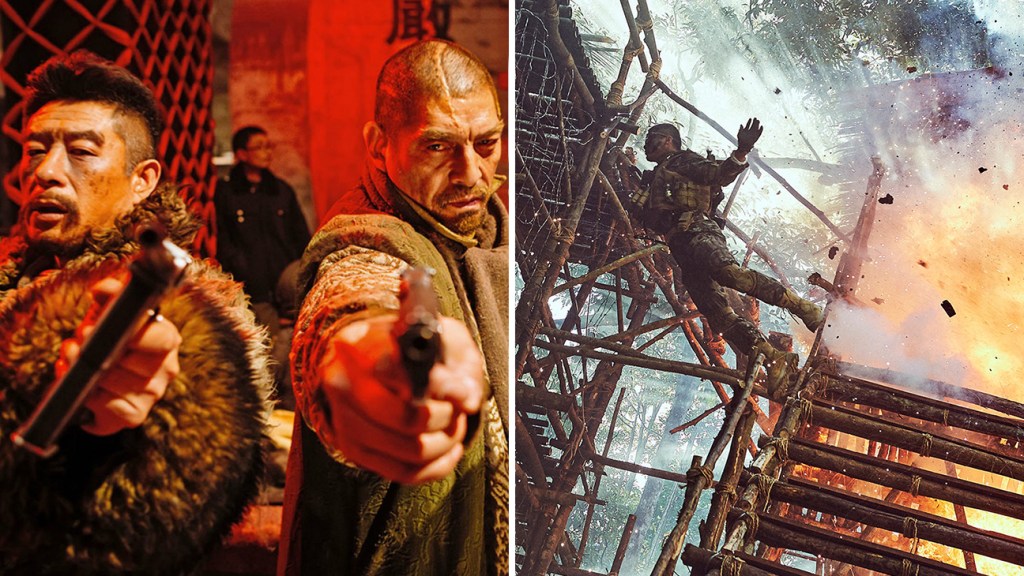 But even though most of the old guard has gone to work in — or for — Beijing, a new generation of young local directors has begun to forge a robust indie scene more committed to local concerns and aesthetics following Hong Kong’s pro-democracy Umbrella Movement of 2014. Au’s Trivisa, an independent crime drama set during the time of Hong Kong’s handover to China by the British, won five prizes, including the best film award, at the Hong Kong Film Awards in April, while Mad World and Weeds on Fire, which were the directorial debuts of locals Wong Chun and Steve Chan, also brought home multiple trophies.

“Last year was a very important year for Hong Kong filmmaking because we had 28 films made by new emerging directors — it seems like a turning point some- how,” says Au, who also directed a segment of the controversial political dystopia Ten Years (2015), which was famously banned in mainland China.

“It’s either sell out or wait out — I am old enough to know it’s worth the wait,” says legendary Hong Kong-based cinematographer Christopher Doyle (known for his early collaborations with Wong Kar Wai on In the Mood for Love and Chungking Express), who is currently co-directing The White Girl, a noir fairy tale set in a disappearing Hong Kong fishing village that Chinese real estate tycoons plan to redevelop.

Adds Doyle: “If only young people don’t slack, don’t give in to market forces — if we all continue in Umbrella [Movement] spirit, the naivete is our strength, and the questions we ask are our medium.” 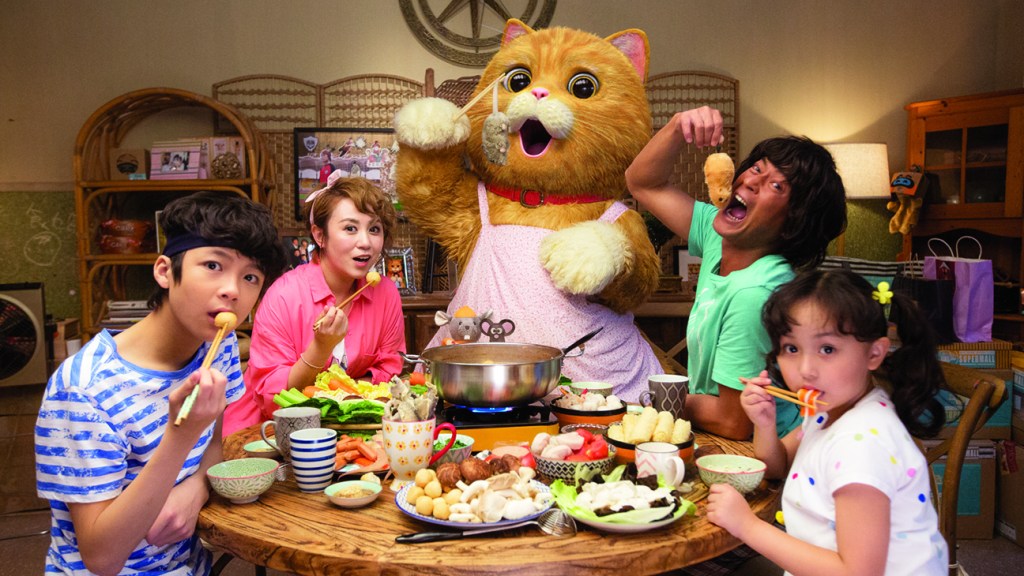 Meow
Isn’t the amount of internet videos proof of their supreme dominance? In the alternate reality of Meow, cats are really aliens that landed on Earth in ancient times and have since lorded over humans. Featuring an oversized CGI cat in the title role, the fantasy is helmed by veteran action director Benny Chan (The White Storm, Shaolin). The presence of superstar Louis Koo as the head of a family accommodating the cat/alien gives this one strong box-office potential in the Asian markets.
Sales: Emperor Motion Pictures

Zombiology: Enjoy Yourself Tonight
In the latest addition to the ‘zom-com’ genre, this action-filled romance is produced by award-winning Gallants director Clement Cheng, directed by Lo Wai Lun and stars up-and-comer Michael Ning (Port of Call) as a loser who must combat zombies in an infected town in order to save the girl he loves.
Sales: Young Live

Somewhere Beyond the Mist
Documentarian Cheung King-wai makes his narrative feature debut with this drama about a parricide that was inspired by a true event in Hong Kong in 2013. Told from the perspective of the policewoman investigating the case, the female murderer and investigator develop a unique rapport when they discover they had similar relationships with their respective fathers.
Sales: Distribution Workshop