Located in Manhattan’s Tribeca-Chinatown neighborhood, Cortlandt Alley has long worn the mantle of television and film’s go-to when the script calls for seedy atmosphere, a touch of film noir or the occasional murder. Dark corners, soot- and graffiti-covered brick walls, and an eight-story maze of rooftops and fire escapes ­­— tailor-made for chase scenes — earmark this three-block-long location. From films like the upcoming 21 Bridges with Chadwick Boseman to shows like Boardwalk Empire, Power and Emmy-nominated Gotham (for sound editing; the series won in 2017 for special visual effects), the alleyway holds a cinematic appeal.

'Gotham' Boss Explains Why Batman Was Barely in the Series Finale

The dank corridor’s helpful lack of storefronts is going by the wayside, though, as luxury high-rises (one of them a former corset factory built in 1852) line the view. Cortlandt once was “more or less as it was in 1880,” says production designer Mark Friedberg. “It was period with little need of VFX.” Today, the rise of nearby condos requires technical assists. “It is making it harder and much more expensive to film these days,” says Bull location scout Shane Haden. 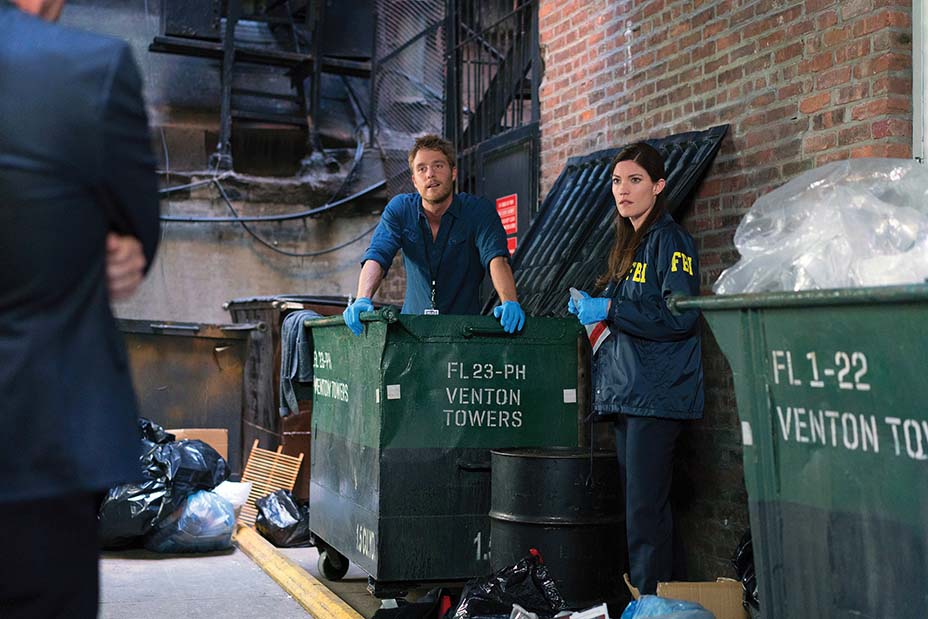 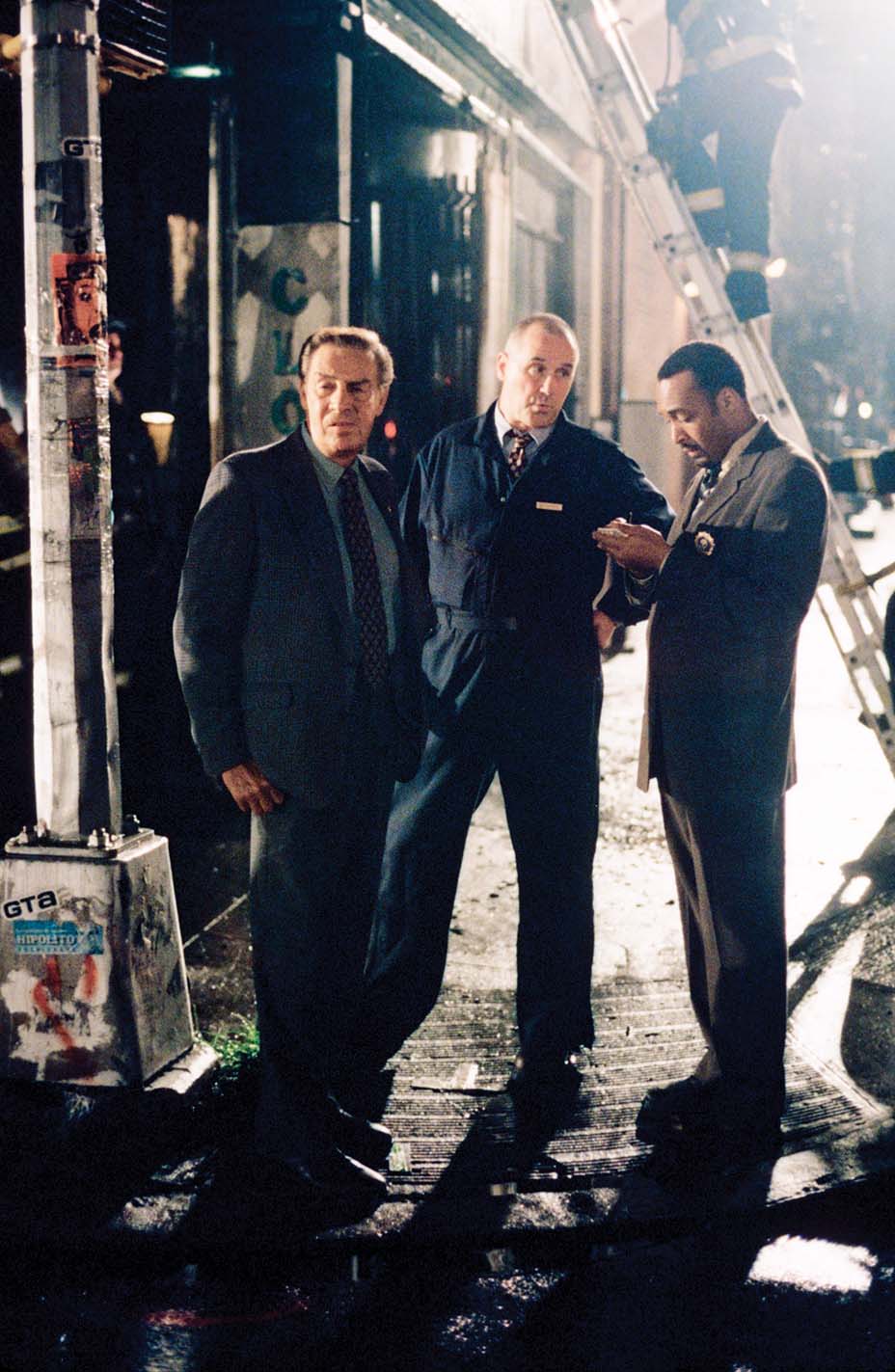 Yet “the unique streets of New York City are impossible to duplicate,” says Zanub Saeed of the Mayor’s Office of Media and Entertainment. Gotham set decorator Andrew Baseman counts the alley as integral to the series’ premise, in which a young Bruce Wayne witnesses his parents’ murder and returns to the scene “time and again, trying to come to terms with the crime that ignites the Batman legend,” he says, adding: “Nothing says ‘gritty New York’ quite like Cortlandt Alley.” Regina Graves, who served as set decorator on the pilot, describes dressing the site: “We embellished the garbage situation, and added dumpsters, older galvanized trash cans, a homeless cart or two, lighting and the quintessential Con Ed steam pipe.”

“Although Cortlandt Alley is already chock-full of wonderful textures, more set dressing is brought to the location than you would think,” says Baseman, who also used the alley for a scene in Jane Campion’s In the Cut where Meg Ryan’s character is attacked by an unknown assailant. “With the addition of broken furniture, crates, street lamps and sconces, the city’s scariest street is made to look even more foreboding.”

Not all filmmakers are looking to Cortlandt Alley for its ominous features. For the film version of Annie, set decorator David Schlesinger says, “We had to create a path for the Sandy chase and include areas for the dog trainers to hide. We added boxes and trash as obstacles for the chase.” The alley’s loading docks are another draw and doubled as a perch for the eponymous blue heroes in 2011 live-action/animated hybrid The Smurfs.

Despite all the changes to the surrounding neighborhood, filming still occurs at the location three to four times a week. “There are five cinematic alleys in New York City ­— Broadway, Franklin Place, St. Jones and Staple Street— but Cortlandt Alley has all the requisite trash, fire escapes, enormous old shutters from decades ago and, of course, rats,” says location scout Nick Carr (Star Trek: Picard, Birds of Prey). “Whenever we film in the alley, it gets pressure washed, as we don’t want people stepping on hypodermic needles, and then it has to be made dirty again. Ironically, we take something already perfect and [re]make it for the movie version.” Adds Bill Milling, head of American Movie Company, who works with many productions looking to shoot in New York City, “There are other alleys to shoot in Manhattan, but none have more cachet” than Cortlandt. 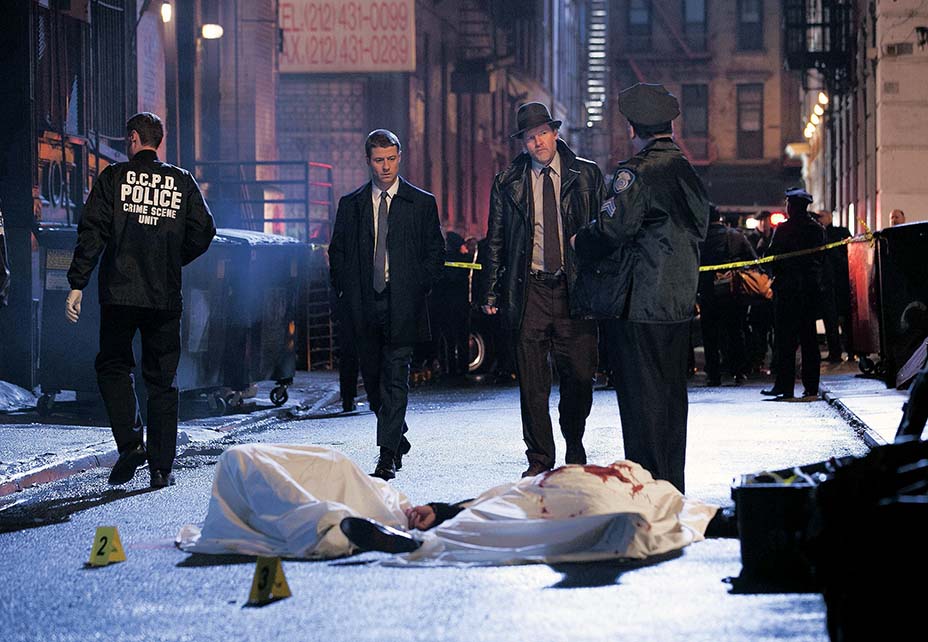