Kevin Wu wants to set something straight: “I’m not in a cult,” he says with a laugh.

Since going dark on social media in 2014, the YouTube phenom formerly known as KevJumba, who once seemed to have Hollywood in the palm of his hand, has become a mythical phantom to the digital generation that made him a star. Occasional Instagram posts by fans offered glimpses of him on college campuses wearing plain white tunics and handing out Buddhist tracts, which only added to the mystique. Now, in a rare interview, Wu, 27, offers new insight into his disappearance.

KevJumba was one of YouTube’s first stars. He joined the year-old platform in 2006, had a video featured on its homepage in 2007 and by 2008 had its No. 3 most subscribed channel. The Houston native’s self-deprecating vlogs about the indignities of being an Asian-American teen generated more than 300 million views and led to collaborations with Jessica Alba and Jeremy Lin. With his father, a frequent guest in his videos, Wu competed on The Amazing Race in 2010 (five years before the Emmy-winning reality competition’s all-social media stunt cast season). 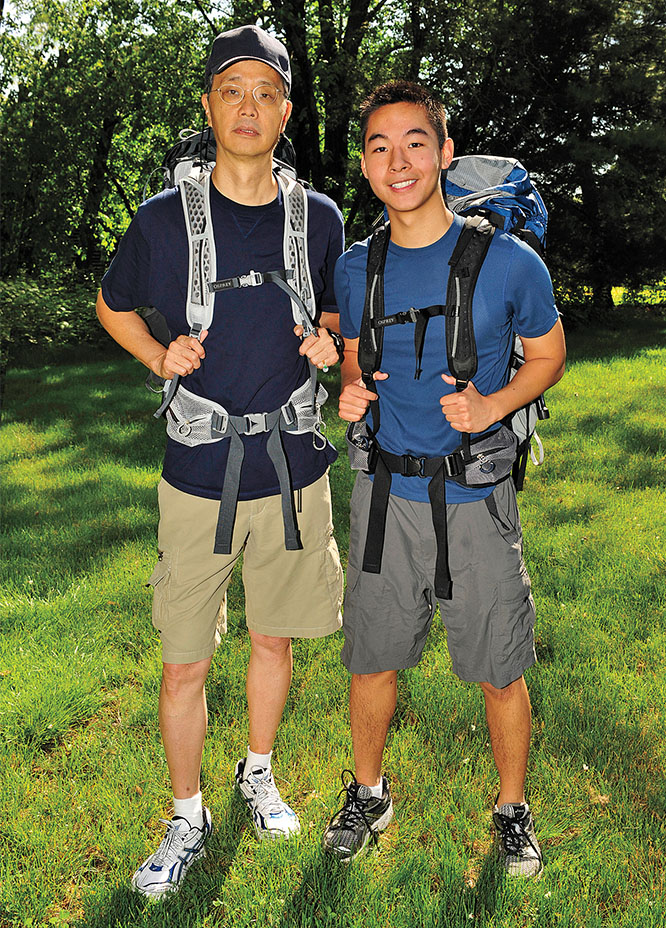 By then Wu was a sophomore at UC Davis; he dropped out and moved to Los Angeles to live and make videos full-time with other top YouTubers including Ryan Higa and Dominic “D-Trix” Sandoval. “We were catching a feeling and we all felt like we were riding this wave, so we all just took that leap,” Wu tells THR. In 2011 he signed with CAA, which brought him to New York for its 2013 NewFront presentation, where he pitched brand partnership opportunities on five different series in development to a roomful of media buyers.

Wu was firmly a contender to become the elusive digital-to-traditional media crossover star, landing the co-lead in Chinatown crime drama Revenge of the Green Dragons — a real movie, executive produced by Martin Scorsese. “Two years before, I’m sitting in my bedroom with a camera, and the next moment I’m in a trailer with someone doing my hair and makeup and PAs asking if I want any water,” he recalls.

“He had everything that you intrinsically needed to be a star,” says Justin Chon, his Revenge co-star. “He has this everyman vibe, and I thought if he honed the craft, he could really be accepted by the masses.” His manager, Jaeson Ma, agrees: “Of the YouTube generation, Kevin had the most natural raw talent. He had intuition, and he had range.”

CAA set Wu up with acting coaches, auditions and meetings with noteworthy producers, including one who began developing a TV comedy based on his relationship with his family. There were talks with content producers both traditional (Cartoon Network) and digital (Xbox Entertainment Studios, which shuttered in 2014). Brands paid him five figures for three-minute videos, and combined with his other revenue from YouTube views and touring, Wu bought a loft downtown. “Not having to worry about money at such a young age was more than a privilege,” Wu says, but adds that the artistic freedom that came with his cachet was even more important.

“People were willing to put money into projects he wanted to make,” agrees Chon. “He was basically living Entourage. He was getting invited to parties; the industry wanted to meet him.” 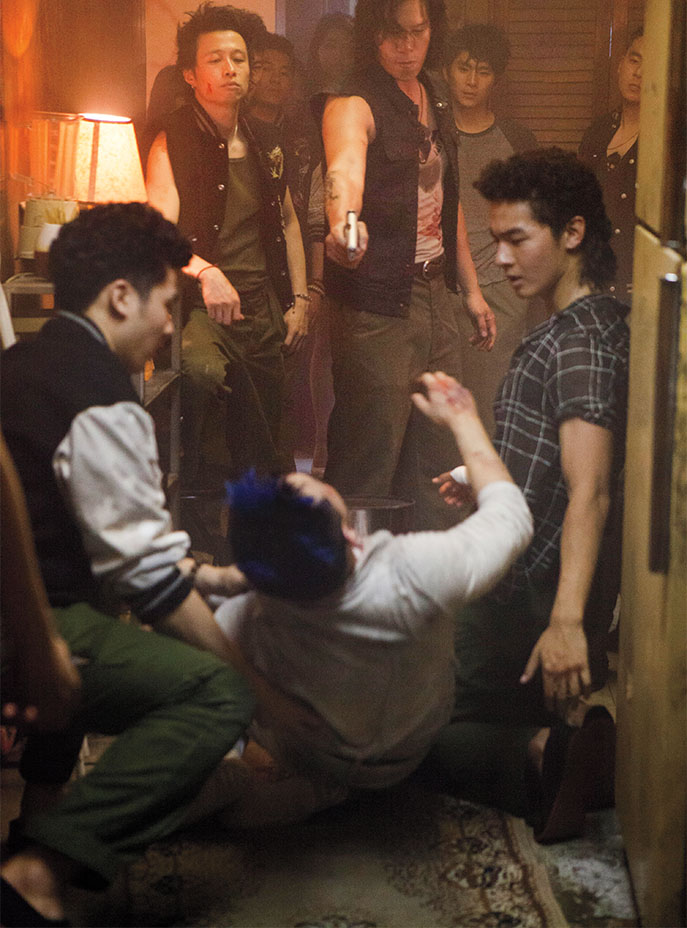 But by the time Revenge premiered at Toronto in 2014, Wu was starting to withdraw both online and offline. He made his wildly popular YouTube channel private, after not posting any new videos for about a year. To hear him tell it, he wanted to focus his resources on feature films. “I didn’t see YouTube as my end goal,” he says, pointing to Donald Glover, who earned a cult following in online sketches but hopped off YouTube before the platform could define him. “I always knew that this internet popularity would maybe come and go. Maybe I got tired of watching myself talking into the camera — I didn’t see that format as something very sustainable.”

He also was embarking on a search for purpose. In March 2015 he was invited to audition for Netflix’s Master of None (as Aziz Ansari’s Taiwanese-American best friend, the proxy for co-creator Alan Yang), but he passed. With all the different revenue streams available to him, Wu was easily poised to make millions, say Ma and other insiders familiar with his career. “He was turning down opportunities that could have been life-changing,” says Chon, “but that was when he sort of went down the rabbit hole.”

“I felt like I was missing things in my personal growth,” Wu explains. “I was able to make a large number of people laugh or connect to what I was saying, but my personality became very dependent on what my viewers thought of me. You get caught when you’re so young and haven’t experienced the wide range of life and reached a point of adulthood where you can see things more objectively.” He enrolled at Santa Monica College and began pursuing spirituality in earnest, attending a Bible study with Lin (then playing for the Lakers) and serving at a Hare Krishna temple on the Westside. The plan was to return to social media with a more enlightened perspective in a few years.

“I had seen both materialism and spirituality and didn’t necessarily think one was better than the other,” Wu says. “I had the intention of coming back to the audience that grew up with me to help people find personal growth: How can we live on this earth and still hold on to our values?”

But his plans fell apart in June 2015, when he was struck by a car in L.A. while he was walking, says Wu. The near-fatal crash broke his spine, collapsed his lungs and shattered his spirit. Initially, he was determined to power through it. “I’m still going to go to school after I get out of the hospital,” he told himself then. “I’ve got to get on with my real life.” But his organs were failing and he’d eventually have two major surgeries to address the damage.

There were psychological injuries, too. “I was slowly losing the ability to gauge where I was,” says Wu. “My mood started to swing because every time they found something wrong with my body, I was trying to downplay it.” He eventually was assessed as a hazard to himself and spent 17 days at a behavioral health facility following his monthlong hospitalization. Wu speaks of that time carefully, still grappling with the physical and mental trauma.

The accident left Wu unable to continue school or do anything else but focus on his recovery. He moved back in with this parents in Houston after he was discharged. “Hopefully people will just forget about me and I’ll just be shrouded in mystery or whatever. I’m in too much pain,” he says of his mindset during that period. “I was ready to accept that as my life.” 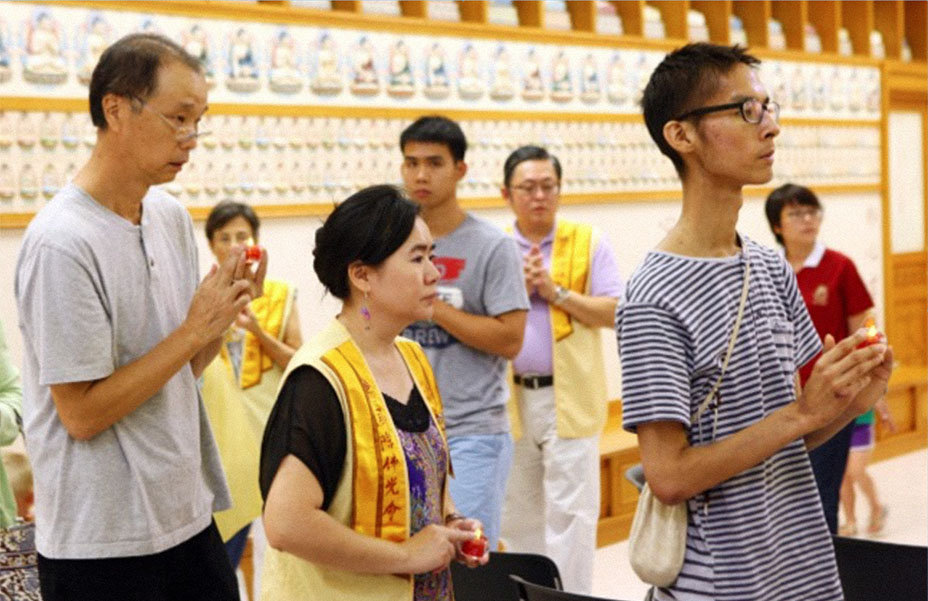 His father nursed him back from the edge. “I give a lot of credit to my dad because he took me back home and took care of me to the best of his ability,” Wu says, “and when he felt like he couldn’t connect with me on certain spiritual issues, he took me to see his shifu” — the Chinese word for master. In the Wus’ case, their shifu was a Buddhist nun. Though he’s reluctant to put a label on his beliefs, most of Wu’s rare appearances now are affiliated with Buddhist organizations or include references to various Eastern religious figures.

Wu resurfaced in March, restoring his YouTube channel to the public setting. The move was timed to coincide with Youth Represent the World, a March 11 show directed by Wu and presented by the Asian-American entertainment organization Kollaboration, the city of Stafford and the Buddha’s Light International Association. Wu’s three-year absence had not diminished his fanbase — a sold-out crowd packed the 1,154-seat Stafford Centre in Houston to watch Wu onstage again, where he performed stand-up along with a non-comedic parody of Kanye West’s “Power,” rapping, “No one man should have internet power.”

“There’s a responsibility that comes with this, and it’s so accessible to young people,” says Wu, who maintains a tentative relationship with social media, privatizing posts shortly after publishing them. “Being young and naive and having fame and fortune and power at a young age can take you away from the right path.” 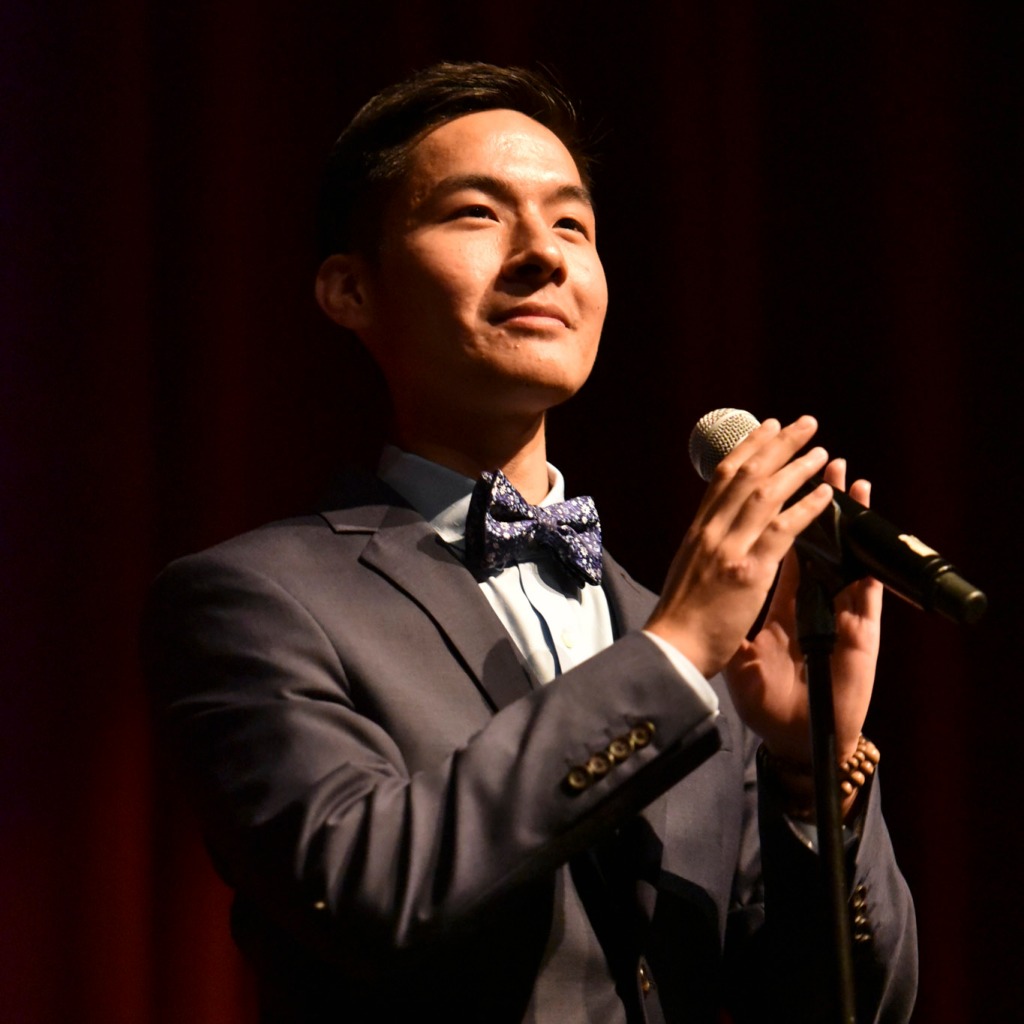 Wu, who once raised $50,000 on his 21st birthday to build a secondary school in Nairobi through the education nonprofit The Supply, believes that his path still involves using his platform to make a public impact. “From the moment I got featured on the homepage of YouTube and earned half a million views overnight, I’ve become a public servant,” he says, crediting his shifu for encouraging him to re-engage with society.

But he wants to plot his return carefully. He applied for and was accepted to multiple acting conservatories in New York, including the Stella Adler Studio, and is planning a trip to visit the campuses soon. One reason for acting school is to see if his body can take it. “Moving away from home is a test of faith because I do really like the community I’ve established here,” says Wu, noting that he currently sees four different doctors in Houston, including a pain management specialist who told him that he may have to live with chronic pain as a result of nerve damage from his spinal injuries. “But I need to relearn how to act.”

The other reason is because Wu recognizes that he leapfrogged a lot of steps in his first unexpected entree into fame and fortune. “Even though there’s really no right way, being a YouTube star and having power is not the conventional approach for getting into the acting industry,” he says. “This is my way of saying that if I’m going to approach acting seriously, I’m not going to rush it. The fact is that I went through a very traumatic incident and I still want to pursue my dreams.”

Hollywood loves a comeback, and industry insiders who were close to Wu say that there is still room for him in the business. “He has the passion, the charisma and the intelligence to be a brilliant performer,” says Ma. Adds Chon, “I always thought that he didn’t even need YouTube. Talent-wise, I have no doubt. He’s still young and there’s plenty of time for him to retool and rebuild his career. The question is whether he can sustain it for the long haul and be mentally healthy. If he were to come back, we’re all here to welcome him with open arms.”