Showtime is back in Los Angeles.

Led by NBA megastar LeBron James, the Lakers are once again among the hottest tickets in town. While regulars including Jack Nicholson, Jeffrey Katzenberg and Floyd Mayweather (who gambles on the games with his large entourage) have remained Staples Center stalwarts during five years of postseason drought, they are now joined by a rotating corps of stars and insiders who’ve restored the cachet to courtside. And it’s not just James’ hot hand that lures the A-list: With production deals across Hollywood, from projects at HBO, Starz and Netflix to a star-producer role in Warner Bros.’ Space Jam reboot, he’s building a deep bench of industry partner-fans. 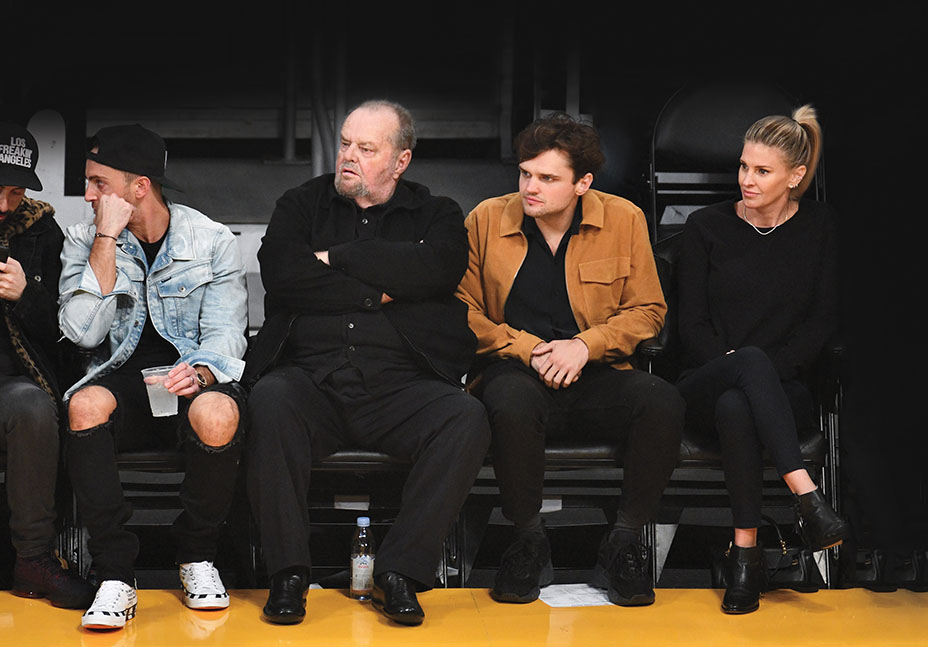 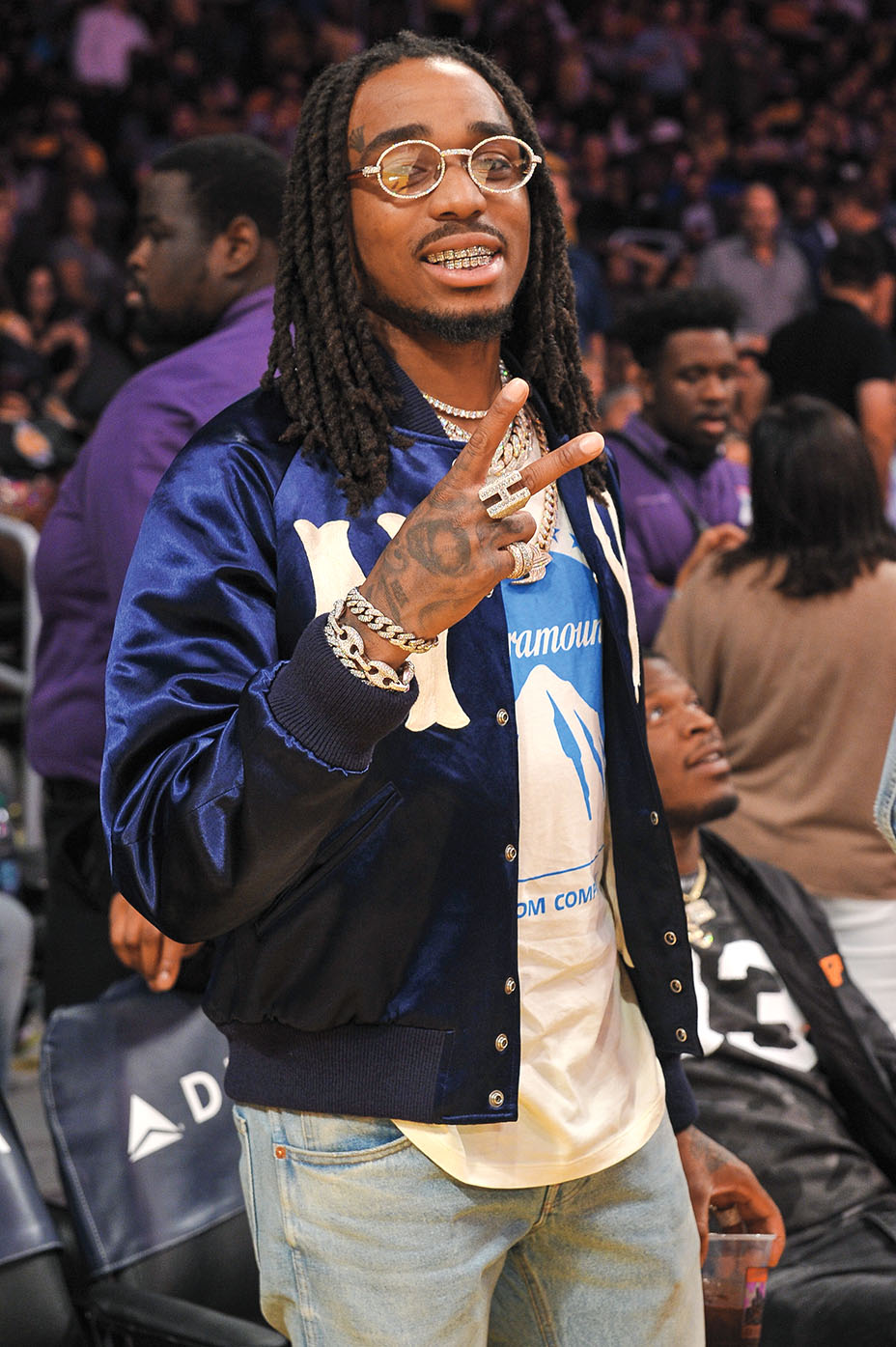 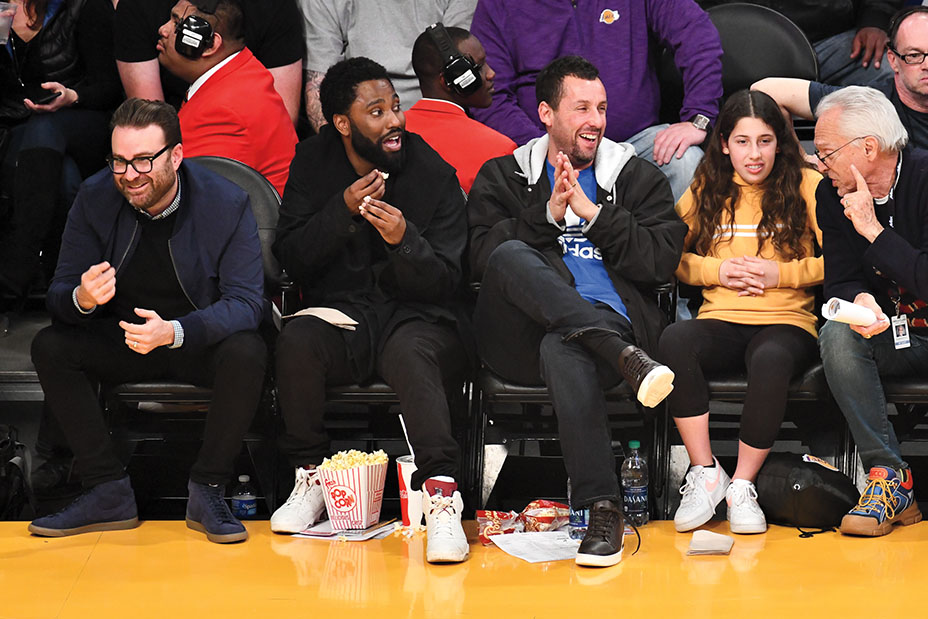 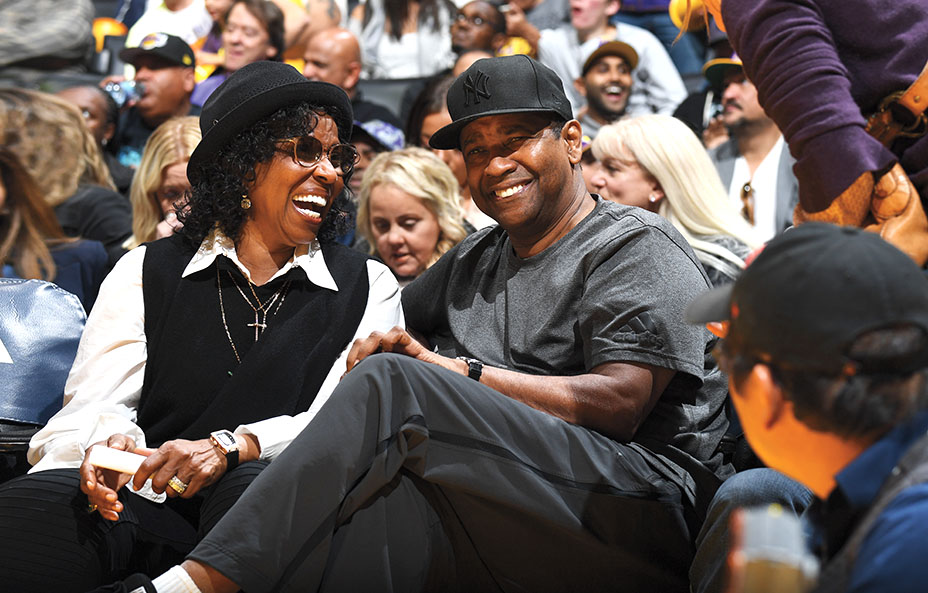 Faithful ticket holders say they haven’t seen this much excitement since Bryant’s mid-2000s peak. “It was pretty painful the past few years trying to find people to give tickets away to,” says lawyer Jonathan Gardner, whose clients include Ryan Coogler and Boots Riley. “This year people are calling me, trying to see if they can get in.” Average attendance has ticked up slightly (18,997 compared with 18,935 in 2017) but a more revealing figure is found in the secondary ticket market where, per Ticketmaster, prices are up 55 percent since last year. Twenty minutes after James’ July 1 announcement that he was taking his talents to SoCal, the cheapest set of season tickets on StubHub leaped from $3,499 to $5,800, with one person plunking down $188,781 for four season tickets. At press time, courtside seats were starting at $5,500 each on StubHub. 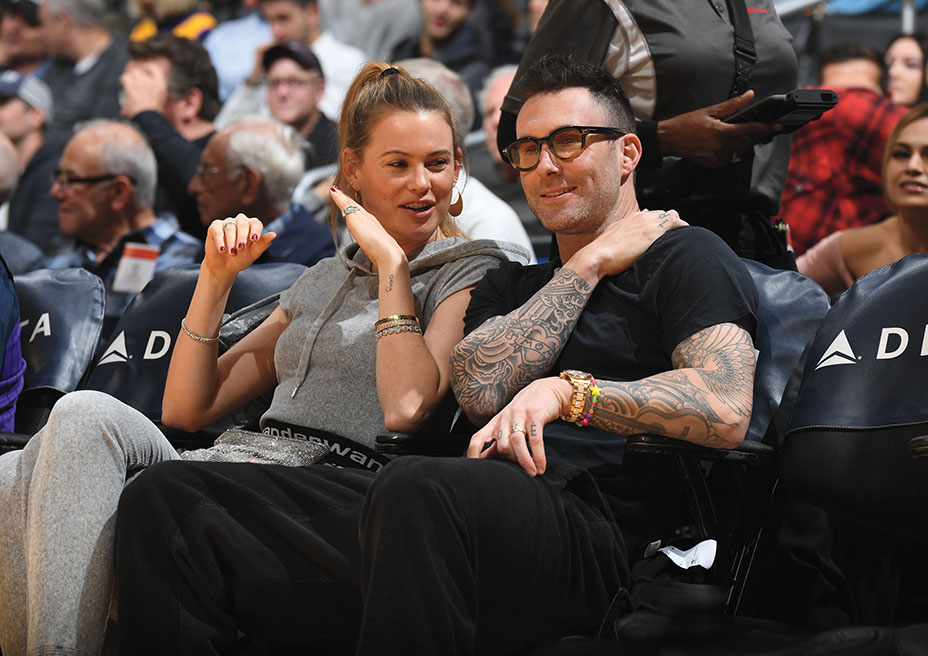 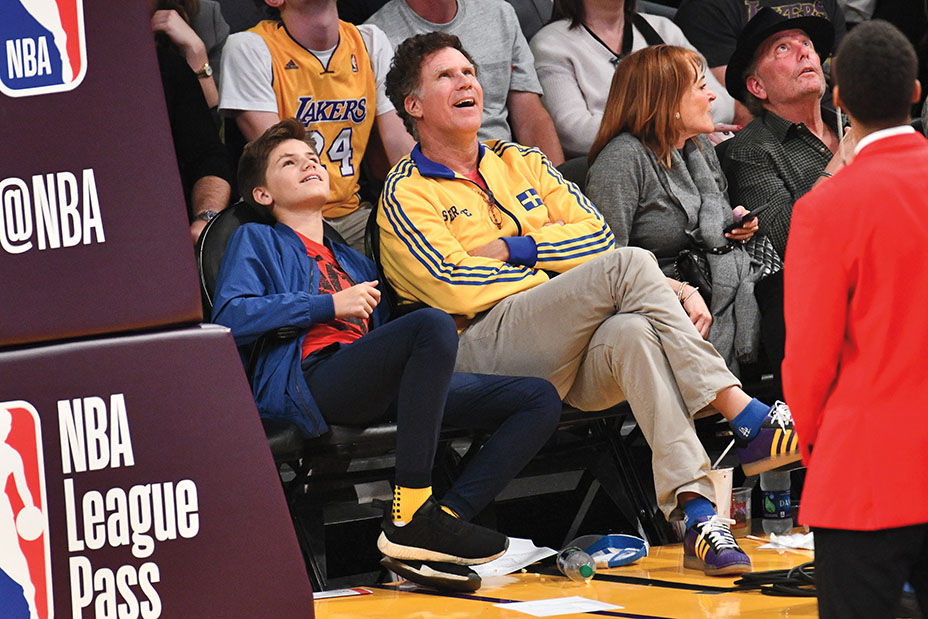 Middle-school gyms in L.A. also are experiencing a LeBron effect (minus the elevated ticket prices): 14-year-old LeBron James Jr., aka Bronny, is a star guard for Santa Monica’s Crossroads School. A recent Tuesday away game against the Westside Neighborhood School Jets packed the bleachers and was standing room only, a far cry from the team’s normal attendance (Bronny and his team won in a romp, 51-24). Parents, students and younger sibs craned their necks for a glimpse of the 5-foot-10 eighth-grader — and his famous dad, attentively seated on the sideline. (Crossroads limits media access, but a video filmed from the bleachers during a recent home game has more than 2 million views on YouTube.) 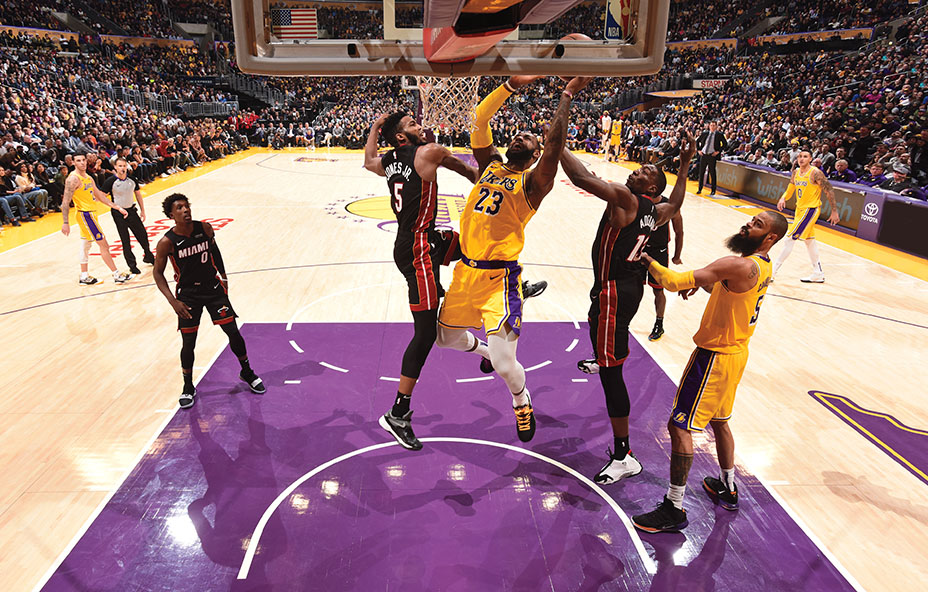 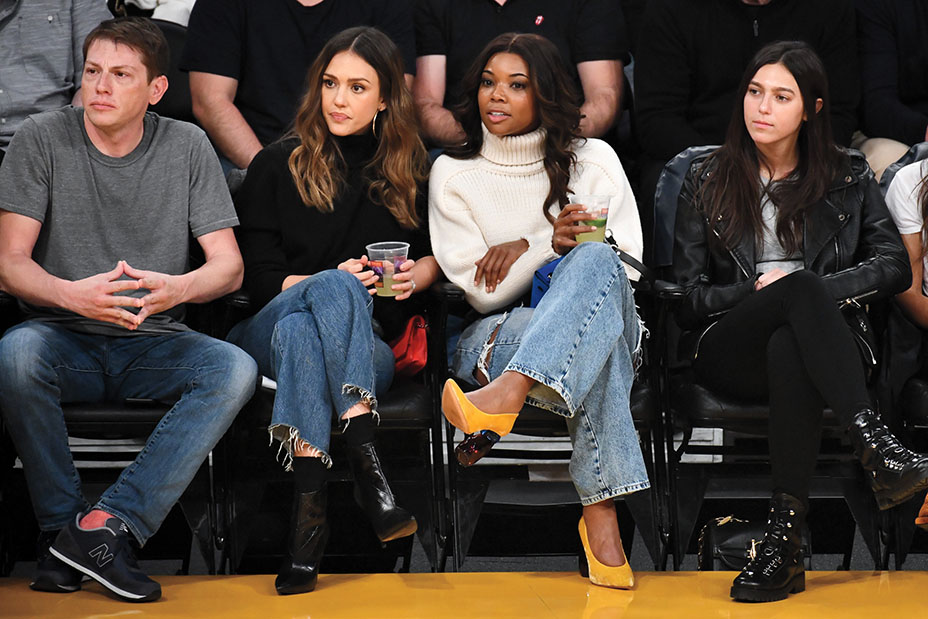 With the Lakers off to a decent start (17-11 through Dec. 14), loyalists accept the bandwagon fans with grace. “It comes with the territory,” says XYZ Films co-founder Aram Tertzakian. UTA’s Peter Benedek has been a season ticket holder “since Magic Johnson’s unforgettable [1979-80] rookie year,” experiencing “some of the greatest plays in basketball history,” he says. “With LeBron’s incredible influence, the team is embarking on a new era of true Lakers basketball.” 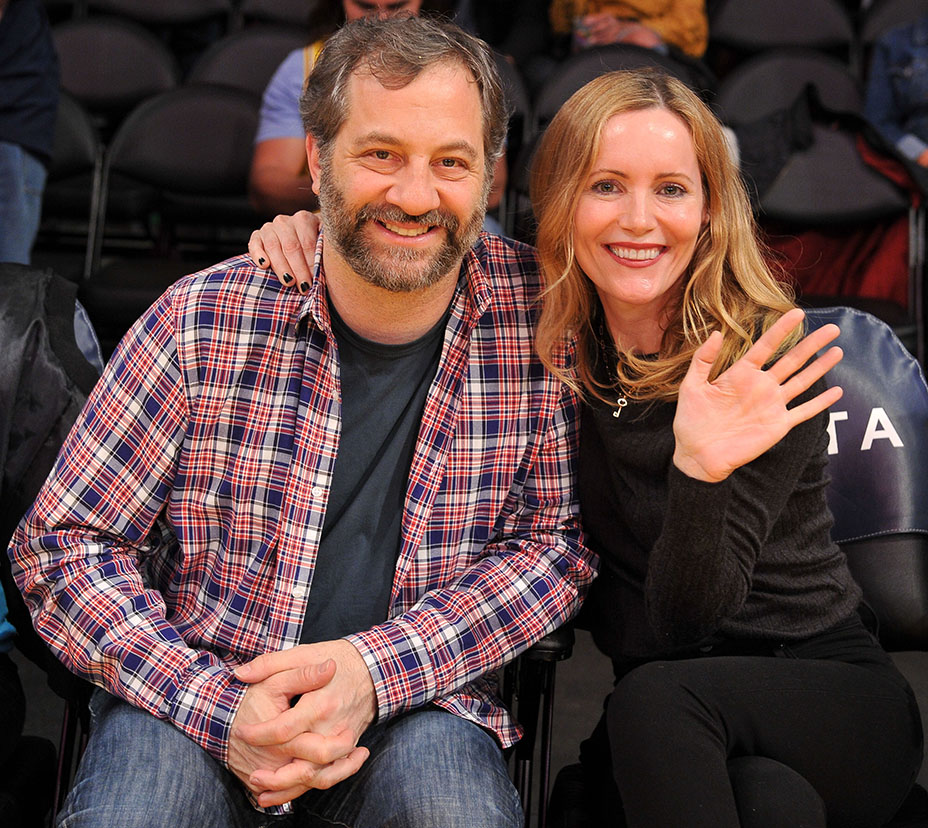 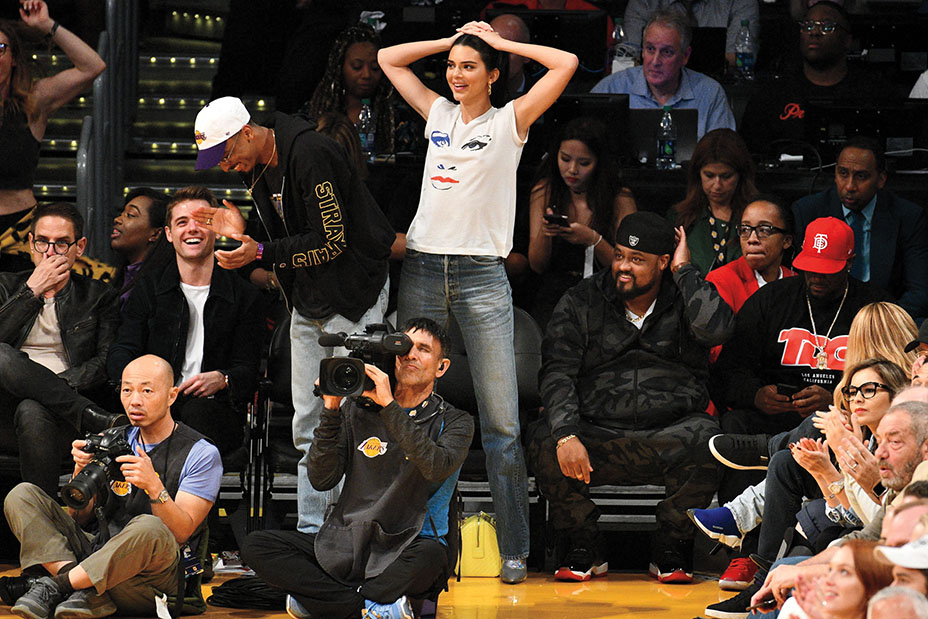 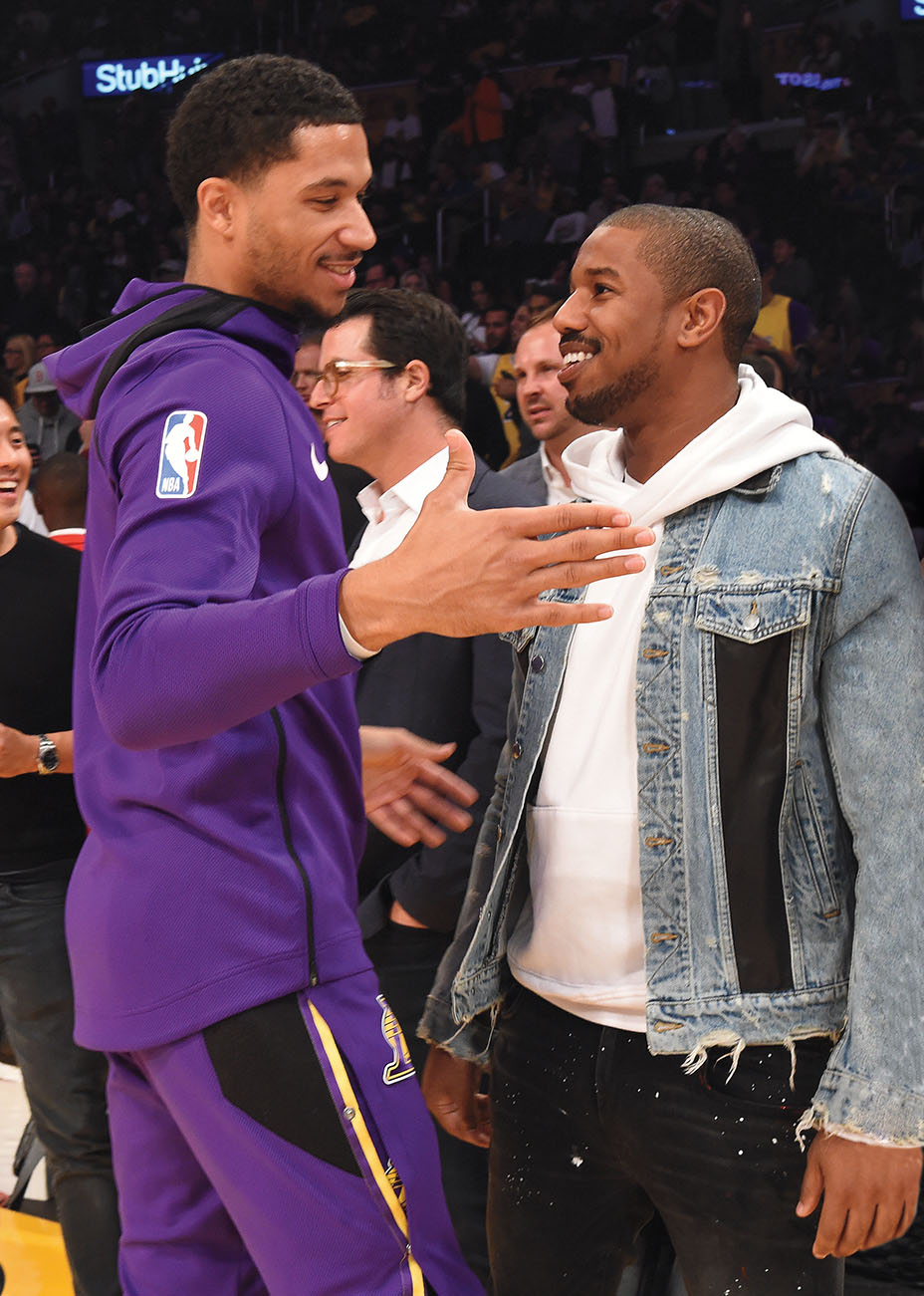 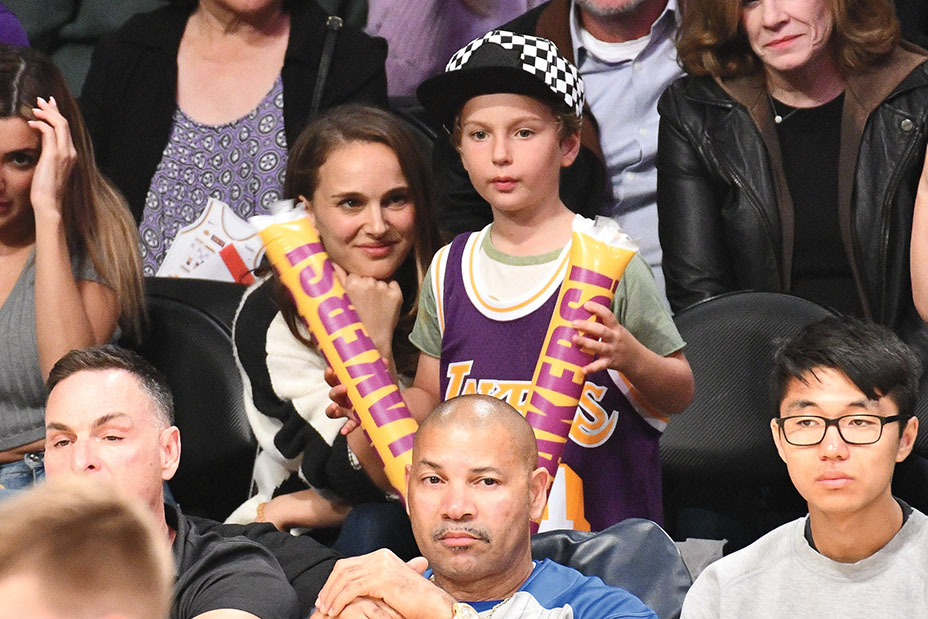