Before 2018, Little Women wasn’t exactly suffering for onscreen adaptations. There was the silent 1918 Paramount film, George Cukor’s 1933 version, the 1949 Technicolor adaptation and 1994’s star-studded iteration, not to mention at least 12 versions made for television.

So why, this year, is Louisa May Alcott’s 1868 family story experiencing an onscreen renaissance? Consider the adaptations that have just been released, or are about to be: In May, PBS aired the BBC’s fourth adaptation of the book, a three-part miniseries starring Angela Lansbury, Emily Watson and Maya Hawke. On Sept. 28, writer-director Clare Niederpruem’s version, which sets the classic in the modern day, is released in theaters. And this fall, writer-director Greta Gerwig is shooting an adaptation that is set to focus on the titular women’s lives as young adults. Some of Hollywood’s most in-demand talent — Saiorse Ronan, Timothee Chalamet, Meryl Streep and Emma Watson — are attached.

A cynic might note that there’s a commercial incentive to re-adapt Little Women in 2018, which marks the book’s 150th anniversary. Many cultural titles are releasing this year to coincide with the event, including new special editions of the novel, a Little Women musical, a graphic novel, events and books including Meg, Jo, Beth, Amy: The Story of Little Women and Why It Still Matters and The Spring Girls: A Modern-Day Retelling of Little Women.

Even outside an anniversary, distributors and producers today are eager to adapt IP with built-in audiences. “In a commercial sense, the [book has] got a brand, so everyone knows the title. I think that’s got to be part of the reason it’s being remade,” Gillian Armstrong, the director of the 1994 film adaptation, tells The Hollywood Reporter.

However, participants in these new adaptations and Alcott scholars alike argue that, beyond commercial considerations, the story is particularly resonant in 2018, one year after the dawn of the #MeToo movement reminded many that women’s fight for equality in the workplace and at home is far from over. Little Women, some say, anticipated and envisioned a future for gender equality that hasn’t yet arrived.

Niederpruem was first inspired to pen her contemporary Little Women after re-reading the novel in her thirties and discovering “how much of a feminist Louisa May Alcott was.” She’s not surprised that other creators are also reinterpreting the book this year. “Because of this movement of realizing what a woman’s place means today, I immediately think of Louisa May Alcott, one of the first pioneers of the feminist movement,” Niederpruem says.

Colin Callender, a producer of the BBC’s Little Women, initially boarded the project when the BBC commissioned his company, Playground Entertainment, to adapt the story for its 2017 Christmas special. He was interested, he says, because the story taps into “women’s role in society, particularly in America right now.” Adaptations that follow his miniseries, which aired on PBS in May, will remain timely in the contemporary American sociopolitical climate, he argues. “Clearly women are going to be a driving force in the upcoming midterm elections,” he says. 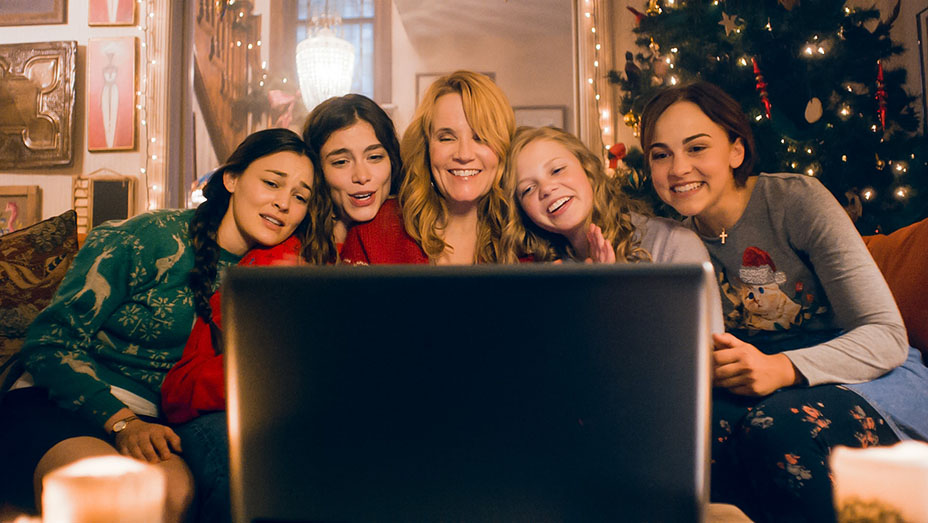 But the Little Women pop-culture renaissance isn’t just a case of producers retrofitting beloved IP to suit today’s sociopolitical climate: Scholars note that in some ways, the story is still more progressive about gender relations than reality is today. Two of the book’s characters, Meg and Jo, strive for egalitarian marriage, a concept that overlaps with #MeToo’s focus on abuses that result from gender inequality. In the second volume of Little Women, Meg struggles with her tasks as a housewife, while Jo rejects childhood friend Laurie’s proposal of marriage and instead weds a German professor who encourages her intellectual life.

“I think Alcott was after this notion of ‘How does a husband, a man and a woman, approach marriage as equals?'” says Daniel Shealy, the editor or co-editor of several books on Louisa May Alcott and a University of North Carolina at Charlotte English professor. “I think that’s about as timely now as it certainly was in 1869.”

Anne Boyd Rioux, a University of New Orleans English professor and the author of Meg, Jo, Beth, Amy, notes that even while Little Women delivers on the era’s expected “marriage plot,” Jo’s relationships with her sisters remain of paramount importance to the story. “Jo and Professor Bhaer are meant to be partners, so it’s a non-hierarchical, non-patriarchal idea of marriage that has been extremely difficult to achieve in our culture,” she adds.

Its progressive vision of equality aside, experts and creatives concede that Little Women remains popular 150 years after publication in part because it is often treated as a “comfort read” (or watch). The book has flown off the shelves in times of national and international crises, becoming a best seller in the U.K. and the U.S. during the Great Depression and spiking again in popularity during World War II and the Cold War. For many, screen adaptations have also offered solace: Niederpruem watched the 1994 version when she was home sick from school as a child. Armstrong’s 1994 film was marketed as a Christmas family movie, while Greta Gerwig’s 2019 version is also set for a holiday release. 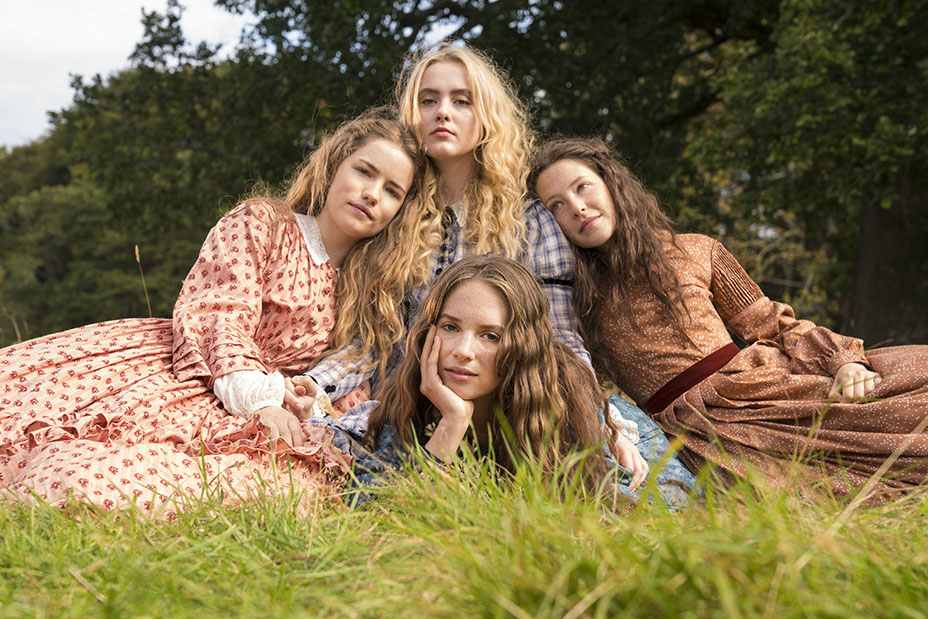 “It is a book that we turn to in times of crisis, trouble and re-examination because it exemplifies some core values that we think we have as a nation in terms of the bonds of family and the strength of family,” Rioux says.

Now, during another time of social division and political polarization in the U.S., “why wouldn’t Little Women be popular today?” Shealy asks. “Why wouldn’t readers or viewers want to feel some comfort in themes that the novel suggests?”

But the trio of screen adaptations releasing this year reflect on changes in Hollywood just as much as they respond to the U.S.’s current state. Producer Amy Pascal, who was behind the 1994 film and is producing Gerwig’s upcoming title, famously attempted to greenlight the Armstrong-directed adaptation for 12 years. Studio executives, she has said, doubted that the film could succeed commercially because it didn’t have surface appeal for the desired young, male demographic. (The film ended up grossing $50 million in 1994, not adjusted for inflation.)

Today, films like Bridesmaids and Girls Trip have negated the old saw that female-centered films don’t take off at the box office. “That’s definitely changed: an awareness that the female audience has power, has money and is actually pretty good in passing on feedback, on getting the word-of-mouth going,” Armstrong says.

Major talent’s attraction to the roles of the March sisters, Laurie and Bhaer are probably also fast-tracking new Little Women adaptations, Armstrong adds. “What happened with our Little Women, which seems like it’s happening with [Gerwig’s], is that once we started casting, we then suddenly got this really fantastic reaction from people like Susan [Sarandon]’s agent. We were like, ‘My God, Susan Sarandon?’ And then Gabriel [Byrne],” Armstrong says. (Sarandon and Byrne played Marmie and Professor Bhaer, respectively.)

Though three screen adaptations in two years is quite a bit of Little Women at once, participants say they’re not concerned about Alcott overkill. Callender noted that his company’s adaptation, a miniseries, distinguishes itself from the others by taking its time with the story and changing little to abridge the book. Niederpruem adds that modernizing the story sets her film apart from prior screen versions.

Besides, Niederpruem says, it’s important to expose a new generation to the book. “People keep asking, ‘Is that bad [to have many adaptations at once]?’ It’s great. I think the more adaptations of the story, the better,” she says. “The ’94 version made me love the book so much, and I hope that we can do that for girls today.”