Back in 2008, Broadway producer Jeffrey Seller approached RadicalMedia CEO Jon Kamen about filming the final performance of Rent. Kamen’s New York-based production company already had a foothold in the documentary space, with such credits as Errol Morris’ 2003 Oscar winner The Fog of War and 2004’s Metallica: Some Kind of Monster. The live-capture experiment provided Kamen with an entry into an exciting new subgenre of the nonfiction film. The finished product, Rent: Filmed Live on Broadway, received a small theatrical release from Sony Pictures and, in the process, RadicalMedia “developed the nomenclature and a whole style of filming it in a very cinematic fashion,” Kamen recalls.

Fast-forward 12 years, and the so-called live-capture film has become big business. On July 3, Hamilton — which marks another collaboration between RadicalMedia and Seller — hit Disney+. From July 3-5, some 1 million customers downloaded the Disney+ app for the first time in the Apple App Store and Google Play, according to data firm SensorTower, up 79 percent from the previous weekend. Downloads don’t necessarily translate into subscriptions, but the data bodes well for Hamilton‘s appeal.

The stakes were high for Disney given that it paid $75 million for the film, directed by Thomas Kail (Fosse/Verdon, Grease Live!), back in February, a bounty that will be shared by the play’s investors and creator Lin-Manuel Miranda, among others. The deal also marked the biggest price tag ever for a finished movie of any kind.

In the years between Rent and Hamilton, RadicalMedia has become the go-to producer in the live-capture space. The company’s post-Rent credits include Oh, Hello on Broadway, which streamed on Netflix, and Miranda’s In the Heights, which aired as part of PBS’ Great Performances series. The company also will bring the Spike Lee-directed David Byrne’s American Utopia to HBO in the fall. 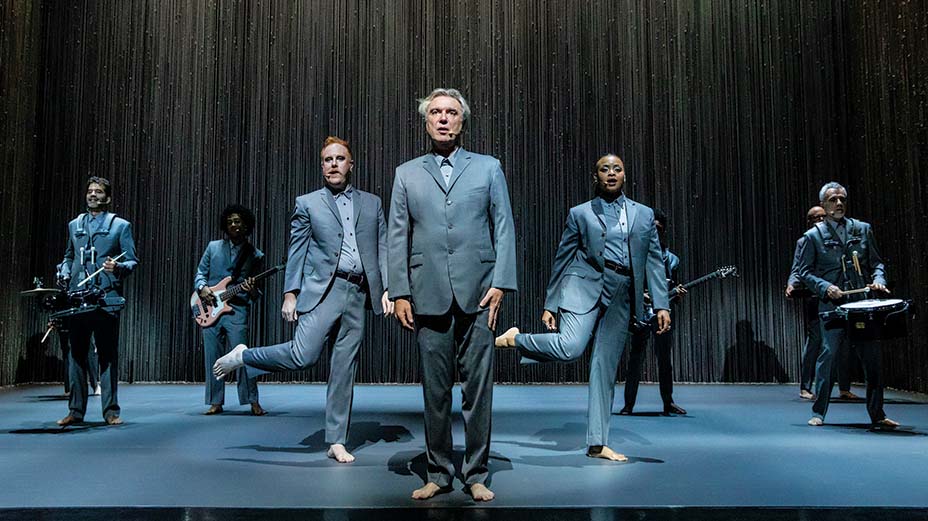 “For each one of these, you have to approach them differently and with the same care and detail the creators do,” says RadicalMedia entertainment president Dave Sirulnick. “You have to respect that level of care that has gone into what is happening on a stage, night after night after night — to merge the world of theater and presentation on a stage in front of hundreds of people in a theater.”

In the current landscape, streamers are driving the demand for live-capture content, whose budgets typically mirror that of a traditional doc, between $500,000 and $3 million. Netflix scored a critical hit with Springsteen on Broadway in 2018 and has since launched Mike Birbiglia: The New One and Ben Platt Live From Radio City Music Hall. Likewise, Amazon has streamed such specials as the Vicky Jones-helmed Fleabag Live, which captured Phoebe Waller-Bridge’s performance of the one-woman play that she turned into a hit series (all proceeds benefited COVID-19 relief efforts).

In the case of Hamilton, the film was poised to debut in theaters before making its way to Disney’s new streaming platform. But then the novel coronavirus pandemic hit, shuttering cineplexes worldwide. In fact, Disney was so confident that Hamilton will drive new subscriptions that it won’t allow those using the platform’s free trial to stream it. With Broadway closed until at least January, films like Hamilton are expected to draw even more viewers.

Last year, Kamen considered approaching the producers of Broadway’s To Kill a Mockingbird and Network to produce a Hamilton-esque film but never did. “I only wish [we’d asked],” he says. “And I bet you that right now they wish [this] as well, because economically it might have helped carry them through the shutdown from the COVID crisis.”

Even when Broadway reopens, a reeling economy may make it more difficult for the next Hamilton to find investors. Attorney Nancy Rose, who has negotiated several live-capture deals, says the subgenre may help alleviate that problem. “If a streamer presale can reduce capitalization costs, making it easier to finance the production of dramatic plays, this could be a great angle to pursue,” she says.

Even though the subgenre has been dubbed “live capture,” Kamen bristles at that term. “A cinematic interpretation of live theater. Or a filmed interpretation,” he offers as more accurate alternatives. ” ‘Live capture’ would be as if we [simply] shot it. Hamilton was three days and three nights onstage. It’s a very carefully choreographed film with 13 camera positions. The team spent almost a year in postproduction crafting this into the final product. ‘Live capture’ doesn’t do it justice.”