On April 3, actresses Felicity Huffman and Lori Loughlin, along with Loughlin’s husband, fashion designer Mossimo Giannulli, will appear in Boston federal court for their roles in the notorious college admission cheating scandal.

All three are charged with the same crime — conspiracy to commit mail fraud — but their defense strategies could vary due to their respective roles in the scheme in which rich parents allegedly bribed college insiders to get their kids into elite universities.

Loughlin and Giannulli allegedly spent more than $500,000 in bribes as their daughters were applying to USC. The task of representing them falls to white-collar criminal specialists Perry Viscounty, Sean Berkowitz and B.J. Trach at Latham & Watkins.

Huffman, who made an appearance in federal court in L.A. on March 12 and was released on $250,000 bond, is accused of paying $15,000 so that her daughter could partake in an entrance-exam cheating scam. She’s being represented by Marty Murphy of Foley Hoag, whose specialty is high-stakes litigation. Murphy has tried cases involving pharmaceutical companies, the SEC and the DOJ, and has defended a number of educational institutions in lawsuits. (THR‘s attempts to interview Huffman and Loughlin’s attorneys were unsuccessful.) 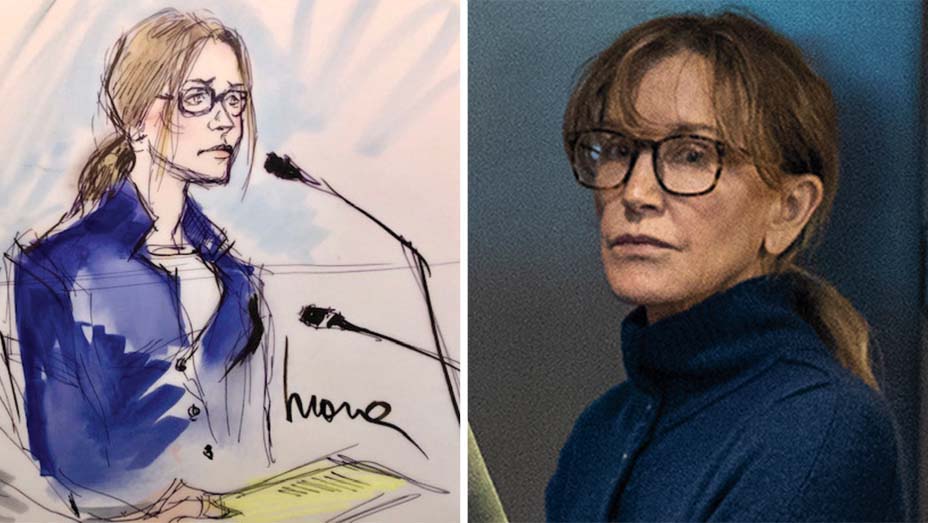 Manhattan Beach-based defense attorney Mark Haushalter says their lawyers have several things working in their favor. First, many of the defendants were parents trying to help their kids and not “some guy trying to bribe someone to get a business deal.” Then there’s the number of defendants, which currently stands around 50 people including parents, coaches and counselors.

“In a case like this, you want to separate the level of culpability and blame of your client and put it onto others,” says Haushalter, who has handled multiple bribery cases, along with high-profile matters involving Michael Jackson and O.J. Simpson.

The actresses’ outlooks could significantly differ, thanks to the varied amounts they allegedly paid. “I’d much rather be defending a $15,000 bribe than a $500,000 bribe,” says Haushalter.

Nonetheless, he predicts the cases will end in plea deals, as long as both Loughlin and Huffman can control the narrative and convince the judge that this behavior was an aberration. Says Haushalter, “If the defense team does their job, I believe these individuals will have a de minimis sentence relative to their conduct.”

This story first appeared in the March 27 issue of The Hollywood Reporter magazine. To receive the magazine, click here to subscribe.