Black Panther has become the No. 1 movie of the year in North America ($700 million) and No. 2 worldwide ($1.35 billion) and has earned a slew of accolades including Critics’ Choice, Golden Globe and SAG Award nominations. Lupita Nyong’o, who plays Nakia, a revolutionary and King T’Challa’s love interest, has kept busy since the February release of the groundbreaking film, working on Jordan Peele’s next movie, Us, and shooting Abe Forsythe’s indie Little Monsters (which premieres at Sundance in January).

The 35-year-old spoke to THR about her process of becoming Nakia, adding film producer to her list of credits and returning to indies after the blockbuster.

How much of Nakia’s personality came from what was on the page?

All Marvel things are shrouded in secrecy until the very last minute. I first read the script when I got to Atlanta for the boot camp period, six weeks before we started filming. So that was a time when we were dedicated to getting our bodies physically ready, learning all the skills necessary and workshopping the script with [director] Ryan [Coogler]. That was the first time I met Nakia. I remember talking to Ryan extensively about her. We were both very keen for her to be more than just the love interest, and we wanted her to have her own agency, to occupy her own space, as well as, of course, to support T’Challa. One of the things we worked on was making her part and parcel of the main argument of the story, about whether to keep the borders open. At the heart of it, she’s an activist, which is a spirit I relate to.

How was it on set, developing a sisterhood with the other actresses?

It was a glorious experience. Danai [Gurira], I’ve known for a while. She’s really a ride-or-die for me. And Angela [Bassett] and Letitia [Wright], everyone really just knew what a great opportunity we had, and we understood the stakes, the racial paradigms that we were definitely going to be subjected to. We were all very passionate about getting it right. We really leaned on one another, and the cast grew very close. Every time we meet up, it’s like a high school reunion of the best kind.

What motivated you to get into the producer arena with the upcoming Americanah and Born a Crime?

I wanted to find more exciting, layered material to be a part of. It’s really a means to an end because I want to see these stories out in the world and want to be a part of telling them. The things I’m producing are things that I wake up every day passionate about. Obviously, it puts an actor in more of a driver’s seat to be a part of the creation of the material. Otherwise, you could be twiddling your fingers waiting for someone else to have a really good idea, which is disempowering and doesn’t necessarily work with your timeline. I wanted to be a part of creating more work for myself and people like me.

What was it like entering the world of Jordan Peele for Us and reuniting with Black Panther co-star Winston Duke?

It was amazing, working with Jordan Peele. His mind is special — the way his mind works is out there. I felt so honored, even a little intimidated — not even a little, a lot intimidated — to be [leading] his project. And then to work with Winston … we went to school together [at Yale], so I know Winston’s work really well. I knew him before Black Panther, but we never actually worked on something together. And it was great to have that trust. The shorthand that comes with going to the same institution came in very handy.

How does your experience change with those different kinds of films?

I did Black Panther and Little Monsters in one year, so I went straight from being on a $100-something million movie to a less than $5 million movie. It was a humbling experience — it keeps you awake and hungry. I feel like the best art is created out of hunger, a need to say something. I wanted to make Little Monsters because, first of all, nothing like it had crossed my desk when that script came over. I remember laughing out loud as I read the script. I was like, “Well, I need to meet the director who would think of something this outlandish, and then I need to travel all the way to Australia to be a part of it.” So I love that, I love having diversity in experience. I hope that my career is full of those things ­— full of things that are small and big alike. 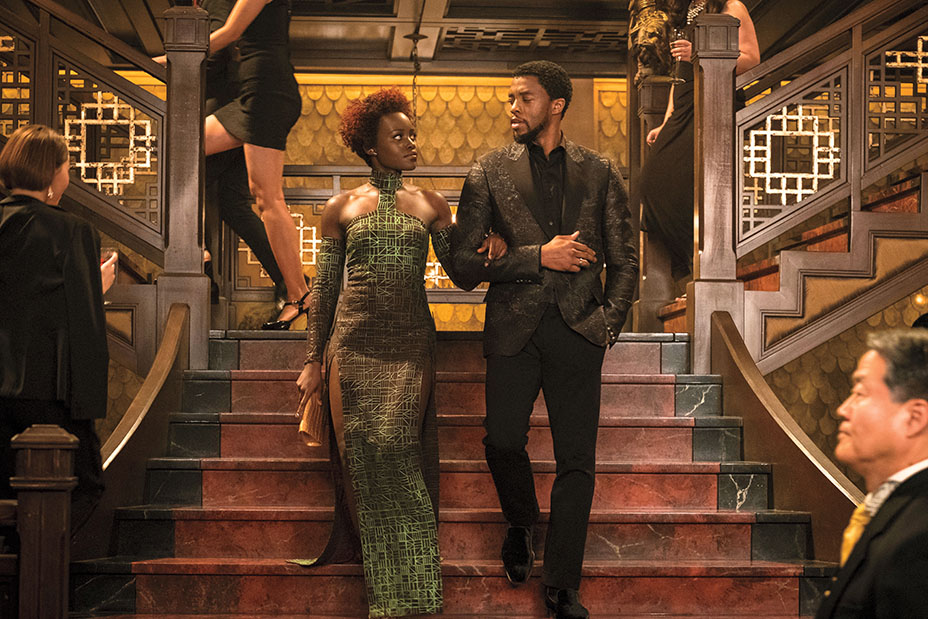