For Mohammad Rasoulof, the stakes couldn’t be higher.

The award-winning Iranian director made his new movie, There Is No Evil, in secret, after his last film, A Man of Integrity, landed him a lifetime working ban from the regime in Tehran for “spreading propaganda” against the Islamic republic. He was also sentenced to a year in prison and spent his time, while shooting There Is No Evil, trying to appeal the conviction.

“On the final day of shooting, I got the text from the court. They upheld the sentence. I’m going to jail,” Rasoulof tells THR, matter-of-factly, in an interview conducted via Skype from his home in Iran.

He has yet to be locked up, and There Is No Evil was accepted for competition at the Berlinale, where it will premiere Feb. 28.

Rasoulof won’t be there. The government seized his passport in 2017 after he returned to Iran from the Cannes Film Festival, where A Man of Integrity won the top prize of the Un Certain Regard section.

“Everyone asked me, ‘Why did you come back?’ But it was obvious to me. This is my home,” says Rasoulof. “There was never any question of me leaving my country [permanently].”

To make There Is No Evil despite the government-imposed ban, Rasoulof had friends submit the applications for shooting permits on his behalf. “My name didn’t appear anywhere on the paperwork,” he says. “And I set up the movie as four short films, each with its own director, its own production unit, just like four separate movies. Because the government doesn’t pay as much attention to shorts. It’s easier to get things through.” 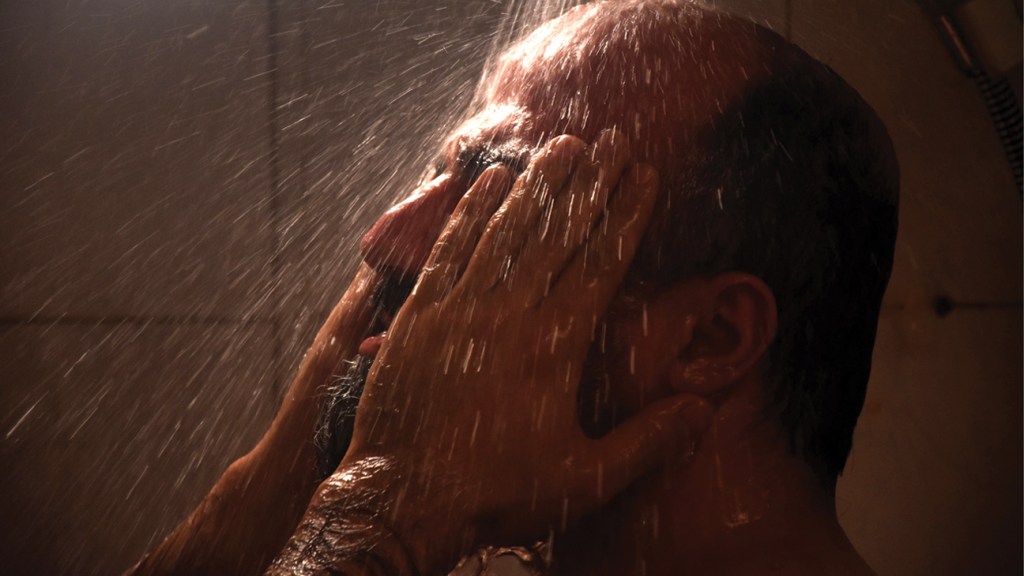 For scenes shot in public places, including the Tehran airport, Rasoulof stayed home, sending in his assistant directors with a pre-approved shot list. “Only in scenes out of the city, where I could feel more free, was I able to be on set and work directly with the actors,” he says.

The film traces four interlocking stories revolving around a single theme: How can an individual, even under a despotic regime, show moral courage? The stories all connect directly to the issue of Iran’s death penalty and government-sanctioned killing of dissidents and political opponents.

Rasoulof says There Is No Evil is a more direct critique of the government than he has dared in his films in the past. While much of his work depicts the political struggles of ordinary Iranians, it was often done, as is typical in Iranian cinema, in a subtle or allegorical manner.

“This allegorical style has its roots in our culture, which goes back centuries, in our poetry, our art, which tends not to say things directly,” he explains. “But I want to break with that, because I think this allegorical aesthetic has become a form of submission, a way of accepting the oppression of the regime.”

Being honest, whatever the cost, is Rasoulof’s mission with There Is No Evil. In one story, a conscripted solider is forced to decide whether or not to participate in an execution. In another, a man who “avoids politics” sees how his passive acceptance of the regime has a direct, and devastating, impact on others.

“An oppressive regime like ours puts you under pressure every day; little sacrifices, little lies and hypocrisies you have to submit to,” Rasoulof says. “Generally you put up with it without focusing too much on the injustice of it all. But once I decided to show how this system works, I needed to also show how you can react or resist or refuse.”

Rasoulof knows his new film, however it is received in Berlin, could make things even worse for him. “There could be a price to pay,” he says. “But I have made my decision to speak out — whatever the consequences.”

One of his hopes is that Iranians who see his movie — all of Rasoulof’s films have been banned in Iran but circulate via an underground system of DVDs — will understand that even in the worst conditions, even under threat of death, there is “a way of saying no.”

Rasoulof believes many in Iran share his opinions of the regime and says he’s heartened by recent mass anti-government protests. “It is unheard of,” he says. “For the first time, there is a popular anger among the Iranian people that even the government cannot ignore.”

This story first appeared in The Hollywood Reporter’s Feb. 22 daily issue at the Berlin Film Festival.