Crowded into the Microsoft Theater in Los Angeles on June 9, thousands of video game fans erupted into applause when Polish studio CD Projekt Red debuted a trailer for its new title, Cyberpunk 2077. That reception was just a preamble, however, for a starrier reveal: Keanu Reeves. The actor quickly became a trending topic across social media after a digital version of his scruffy visage appeared on the screens surrounding the stage. Not to be outdone by his virtual doppelganger, Reeves himself emerged onstage to cheers amid a cloud of smoke.

The moment may mark a notable shift in gaming, a coming out for an already $43 billion industry that is challenging established media genres like film and television by attracting A-list talent. The John Wick actor is far from alone.

“I never dreamed that I would be wearing a motion-capture suit with Velcro all over me,” says Norman Reedus, best known for AMC’s mega-hit The Walking Dead. Reedus has worked in games before, voicing the role he made famous on TV in various projects, but his work in venerable game director Hideo Kojima’s latest offering, Death Stranding (released Nov. 8), is different.

Reedus’ friend, Oscar winner Guillermo del Toro, first tipped him off to expect a call from Kojima. “Trust me, just say yes,” Reedus recalls the filmmaker telling him. The actor accepted Kojima’s offer (which at the time was for an entirely different project, a reimagining of the horror franchise Silent Hill) and has been shooting footage on soundstages around the world while wearing a skintight Lycra suit adorned with rubber balls for the past three years. “I knew it was going to be a home run right from the get-go,” he says.

Reedus had reason to be confident. Death Stranding is perhaps the most anticipated game of the year, the first title released under Kojima’s own production banner, Kojima Productions, following a divorce from Japanese game company Konami in 2015. That partnership proved fruitful, as Kojima’s Metal Gear franchise (published by Konami) has sold more than 49 million copies since its debut in 1987, making a star out of its creator and establishing him as one of the most enigmatic minds in the gaming industry.

While Reedus is “not a big gamer,” other Hollywood stars have had their sights set on the industry for years. “I’d been trying to get into games for a long time,” says Jeremy Davies, who won a BAFTA Games award this April for his performance in 2018’s God of War. The adventure title, which won the top prize at last year’s Game Awards, was Davies’ first foray into gaming after nearly three decades of amassing credits in Hollywood projects such as Saving Private Ryan, Lost and Justified.

The opportunity to portray complex, fleshed out characters is relatively new to stars fielding video game pitches. “Performance-capture technology has gotten to the point that they’re not just voicing the character, they’re playing the role in a video game. That’s really important from the talent perspective,” notes CAA agent Michael Blank.

“I became an actress because I love storytelling,” adds Angela Sarafyan, known for playing Clementine on Westworld. She stars in narrative mystery game Telling Lies from creator Sam Barlow and Annapurna Interactive. “I thought this was a brand-new thing, and it involves the audience member to not just experience this but be an active member.” The actress adds that she “never had the opportunity” to work in games before Barlow’s script (which was more than 220 pages, a significant bump from traditional screenplays) came across her desk.

The Telling Lies script is not unusual in its length. Games typically top 10 hours of content, with some ballooning to 80 hours or more (such as 2018’s Red Dead Redemption 2, which featured more than 500,000 lines of dialogue). Filming commitments vary, but Troy Baker — one of the most prolific names in video game acting, with credits like The Last of Us and Metal Gear Solid, says, generally, “you’re going to shoot once, maybe twice a month, for two to three days over two years.”

For titles like Death Stranding and Red Dead, however, that period ranged from three to five years of shooting. Filming generally takes place on large soundstages in New York, Los Angeles, Tokyo and London where performers don Lycra suits and hoist large camera rigs on their backs. A common comparison made by actors is black box theater, essentially a blank stage with minimal to no props on which they perform. Jon Bernthal, who stars as the primary villain in Ubisoft’s Tom Clancy’s Ghost Recon Breakpoint, released Oct. 4, says he didn’t know what to expect when he stepped into gaming, noting of the shoots, “You’re in search of one perfect take in a room full of like 800 cameras going at once.”

Emily Schweber, a casting director who runs her own office in Los Angeles, primarily worked on film and TV projects before casting such games as Star Wars Battlefront II, Call of Duty: Infinite Warfare and Wolfenstein II: The New Colossus. In recent years, she says she has noticed a rise in established actors being cast in video games. “Five or six years ago, I was explaining to every agent and manager why it was a great idea,” Schweber says. But now, “these scripts are so well written it’s not just [actors reading lines like] ‘Get down!’ — and that’s also exciting to the actors,” she adds. 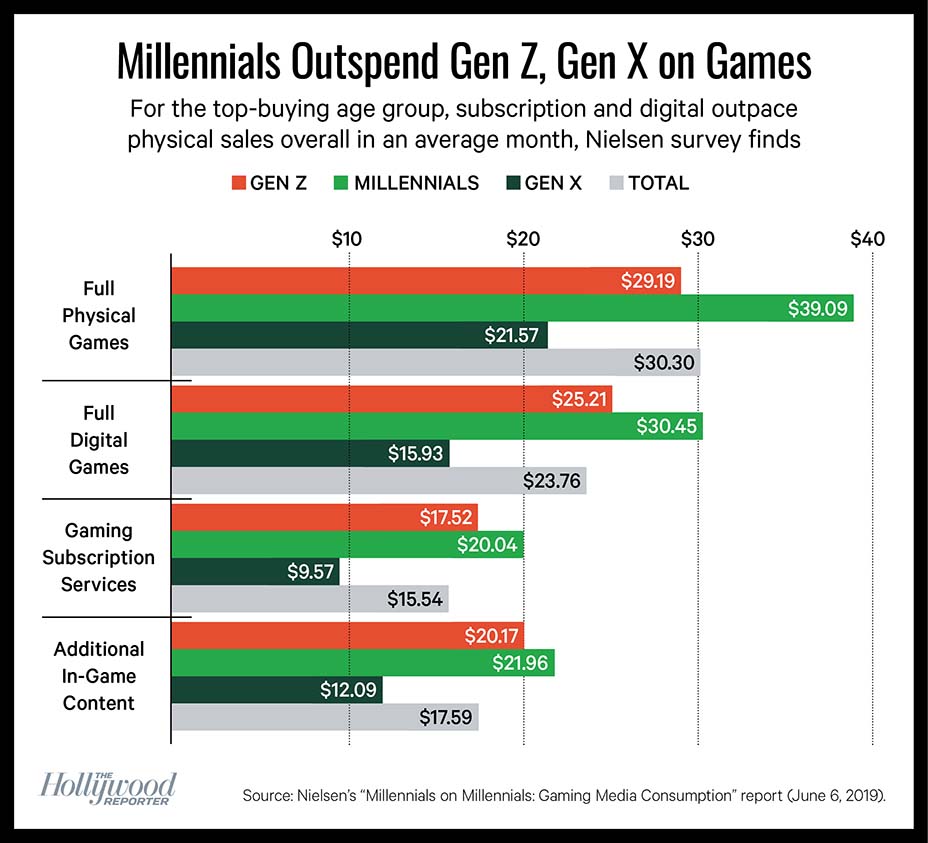 As of an update to its pay-rate scales last July, SAG-AFTRA actors make a minimum of $825 per day for on-camera work and $3,150 per week for games, compared to $5,258 per week on a half-hour TV program or $8,413 for a one-hour show. (Big-name stars can negotiate for far more than the minimum, of course.) Rates for film, meanwhile, range from a minimum of $125 per day for low-budget and short films to $1,005 per day for base theatrical projects.

“I think the money is appealing to big stars,” says character actor Clancy Brown, who has maintained a robust set of credits since the early 1980s with turns in The Shawshank Redemption, Carnivale and Spongebob Squarepants, among many others. “They have to pay them a shitload. I think Bruce Willis did one and got a gazillion dollars.” (Brown is likely referencing 1998’s Apocalypse, for which Willis provided his likeness and voice for protagonist Trey Kincaid the Activision horror-adventure title.)

“Games are interesting a lot of young artists right now who want to use this medium in a way that hasn’t really been used before,” says Cameron Monaghan, who stars as protagonist Cal Kestis in Respawn Entertainment’s upcoming Star Wars: Jedi Fallen Order. The game is Monaghan’s first (the actor is known for his work on Showtime’s Shameless and Fox’s Gotham), though he says he’s previously auditioned for two other video game projects.

“A lot of game studios don’t want to work with ‘TV actors’ because they just eye act,” notes Janina Gavankar, who had roles on True Blood and Arrow before headlining 2017’s Star Wars Battlefront II. “I am not saying this is an ultimatum, but if you are theater-trained you may have an easier time working in motion capture because you have learned to use all of those paintbrushes.”

“It’s really really fun to see an actor who is so used to leaning on [film techniques], that ‘I’m gonna give you eyes and everybody loves it when I give this look’ shtick,” says Baker. “None of that reads [in performance capture]. I need to see what you as an actor know about this character, not what you as an actor know about acting. And someone like Norman Reedus really comes in and brings his A game and the results show it.”

Adds Brown, “It’s not like doing anything else.” In 2018, Brown took on the role of Lieutenant Hank Anderson in Quantic Dream’s Detroit: Become Human after his experience on the 2016 Warcraft film led him on a path of performance-capture work. CAA agent Blank says it’s “not just actors and actresses, but also writers and showrunners and directors all getting more and more involved in the video game space.”

As stars like Reeves, Reedus, Idris Elba, Bernthal and Mads Mikkelsen enter the space, competition for roles may seem a bit fiercer for lesser-known talent. Baker, however, remains unfazed. “If I wanted to I could easily be afraid of it,” he says. “What has sustained me thus far is not the lack of celebrities in games but that, for whatever reason, I got that role and I’m going to continue to get the roles that I’m right for.”

“What’s been really gratifying about our involvement in games is that there’s been a wide spectrum of talent interest,” says Dave Baronoff, head of Bad Robot Games. He hopes to see other studios develop game divisions.

“The fact that the BAFTA Awards are recognizing video games as true pieces of art is indicative of the fact that we’re going in that direction,” says Valerie Rose Lohman, star of Bethesda’s Wolfenstein: Youngblood and Annapurna Interactive’s 2017 indie hit What Remains of Edith Finch, for which she won a BAFTA Games award for voicing the titular role. “I’m so excited to see how this world changes and grows as people start to realize that these projects are getting Oscar-worthy scripts.”

“There are increasingly blurred lines between what is a film and what is a game. The Spielberg of tomorrow is playing video games today,” says Gavankar. “When he or she grows up, what medium do you think they are going to want to tell a story in? It’s going to be in games.”

WHO’S WHO IN NEW GAMES 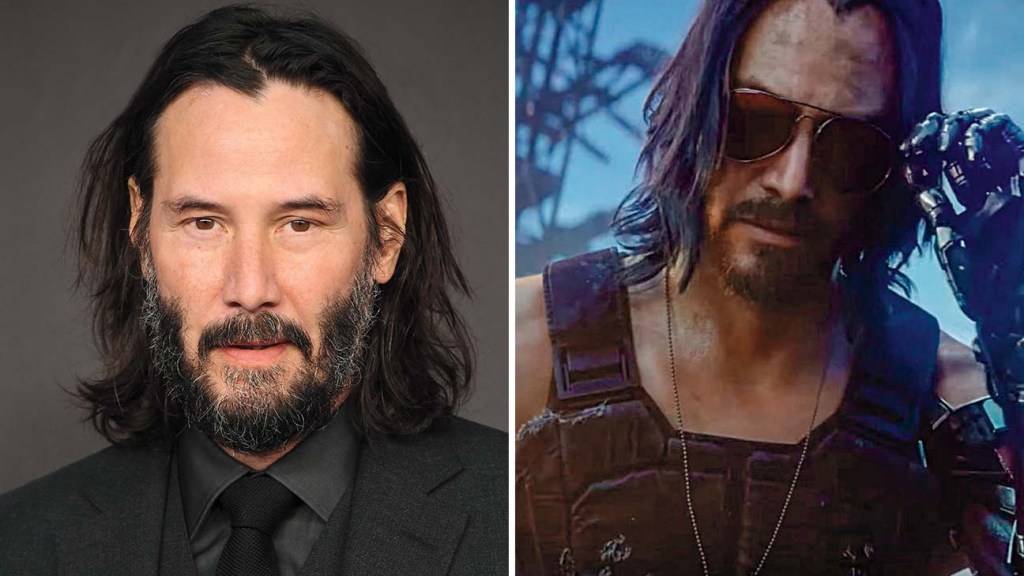 Keanu Reeves plays Johnny Silverhand, an influential musician and the player’s pseudo-guide. The title is arguably the most anticipated game release of 2020. 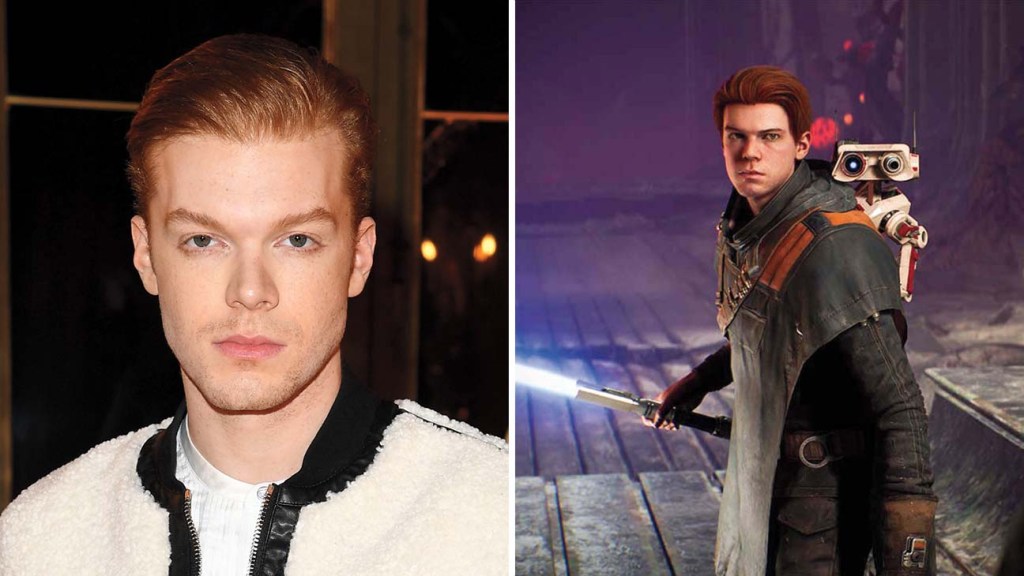 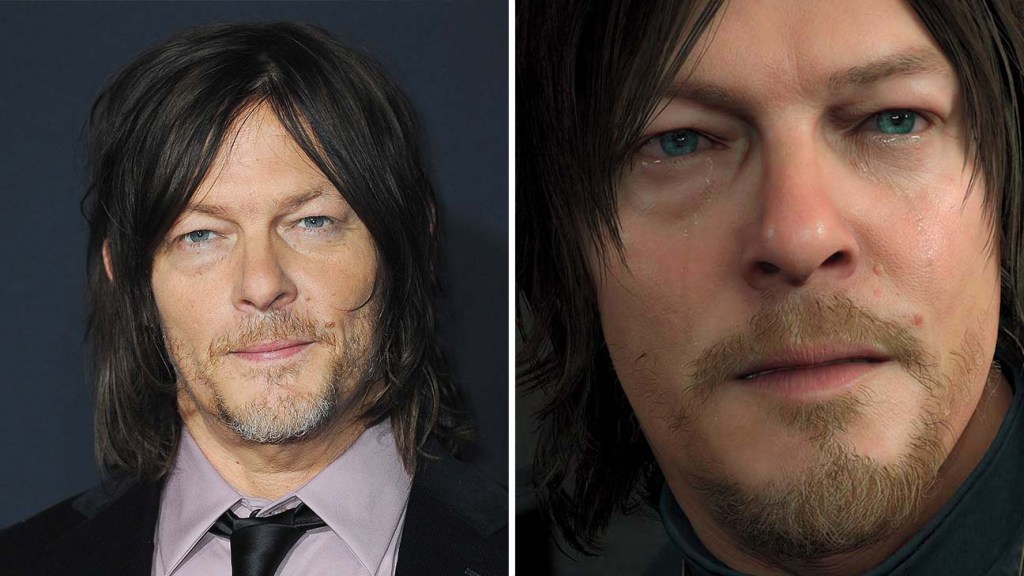 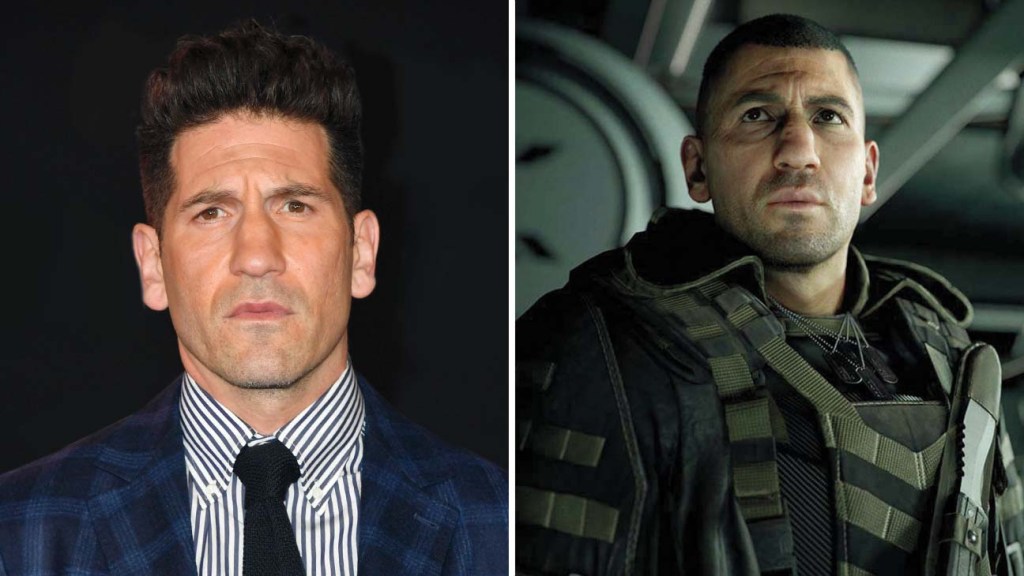