With a massive field of 23 Democrats vying for the party’s presidential nomination to take on Donald Trump, exposure and public attention are everything.

So it’s not surprising that politicians have mostly jumped at the opportunity to appear in town hall events hosted by the country’s three major cable news networks. But, CNN, MSNBC and Fox News have all carved out different approaches to the format that have shaped their respective impacts on the primary campaign.

CNN has hosted 21 town hall events (including a May 21 event with Beto O’Rourke) this cycle, while MSNBC has only aired one. Fox News has fallen somewhere between its two competitors, hosting three town hall events so far (a fourth is scheduled), including a May 19 event with Mayor Pete Buttigieg that attracted 1.1 million total viewers and drove several news cycles.

“We’re going for quality over quantity,” says Rashida Jones, senior vp specials for MSNBC and NBC News. “Any of us can just fill the calendar up with these same formats. We want to continue to be smart and strategic in how we do them, what format we do them in, and who we feature. … We don’t want them to feel stale and cookie-cutter and routine.”

The network hosted a March 18 event with Sen. Kirsten Gillibrand (1.2 million total viewers) and has towns halls booked with Sen. Kamala Harris (May 28) and Buttigieg (June 3).

While MSNBC has been in touch with every campaign, Jones says the town hall format might not be the best fit for every candidate, depending on how far along and how widely known they are.

“Sometimes we reach out with an idea, sometimes they reach out to us and they’ve got a different strategy,” she says. “Everyone wants to get their message out and everyone has an idea about what makes sense for the audiences and the voters that they’re trying to target.” 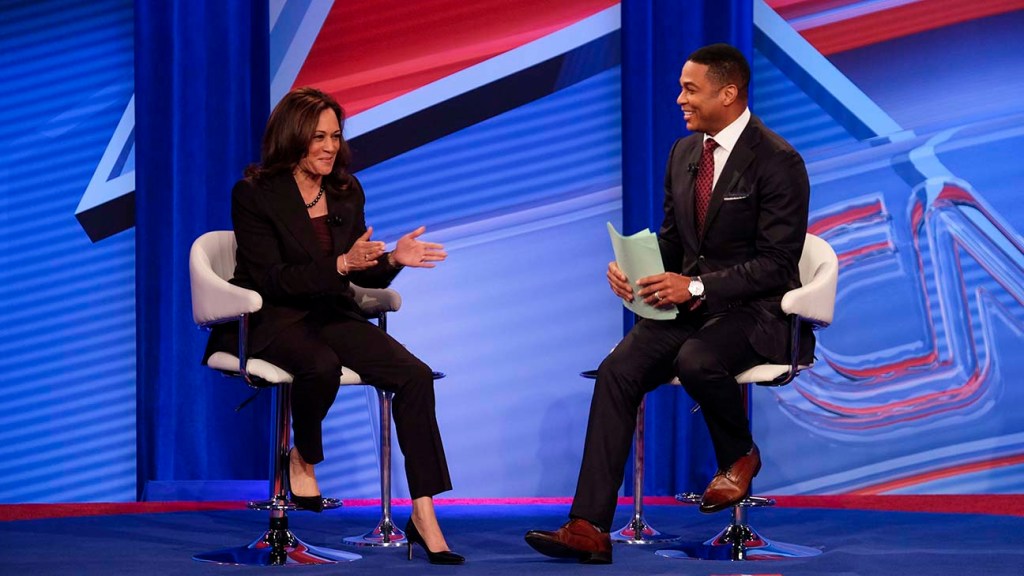 CNN has been all-in on town halls, which have not necessarily been ratings gold for the network but have consistently generated news. The much-hyped event with O’Rourke — anchor Jake Tapper called it a “make-or-break event” for his campaign — drew an average of just 714,000 total viewers, less than host Don Lemon drew in the 10 p.m. time slot a night earlier.

“We see town halls as an essential part of CNN’s role in introducing the candidates for president to the American people,” says CNN Washington bureau chief Sam Feist. “We know that some won’t rate particularly well, and yet we are committed to doing town halls with all of them.”

CNN has found willing partners in the jockeying pool of Democratic candidates. “No candidates have said no to us,” Feist says.

John Delaney, a former Maryland congressman who appeared in a CNN event in March (485,000 total viewers), says that town hall events are “very important” to candidates like him and provide invaluable national “exposure” to potential voters. “It’s a nationally televised hour where you’re in the front of the American people, so there was a clear improvement in terms of people being aware of us,” he says. (Still, Delaney trails badly in early polls.)

Much of the industry conversation lately has focused on whether it’s wise for Democrats to appear in Fox News town hall events, a debate that was turbo-charged when Elizabeth Warren declared on May 14 that she would not appear on “a hate-for-profit racket that gives a megaphone to racists and conspiracy theorists.” (Buttigieg called out Fox News hosts Tucker Carlson and Laura Ingraham by name during his Chris Wallace-hosted event, which drew the ire of their colleague, Fox & Friends co-host Brian Kilmeade.)

Delaney, who has a considerably lower profile than Warren, says he would “definitely” participate in an event on the network, which has already had talks with his campaign. “They’ve expressed an interest in doing it, but we haven’t been able to pin down a date,” he says.

Cable news town halls have gotten much of the focus in part because the Democratic National Committee-sanctioned television debates haven’t started yet, but that will change next month when MSNBC/NBC News/Telemundo host the first of 12 events in Miami.

“Once we hit debate season in a few weeks, that will help turn the page on some of the formatting stuff,” MSNBC’s Jones says.