When Roku priced its stock at $14 in September 2017, few predicted that the streaming TV device maker would quadruple in market value in 12 months. How did the company, led by CEO Anthony Wood, do it?

Hollywood’s recent rush to develop direct-to-consumer streaming services has been seen as validating Roku’s strategy, as have its user and advertising revenue growth and the launch of new devices and services. Roku devices have sold well despite competition from the likes of AppleTV, Google Chromecast and Amazon’s Fire TV. Analysts say it may be a plus that Roku offers everyone’s apps and channels instead of just promoting one company’s offerings.

Roku also started seeing revenue from its platform — by licensing its technology to TV set makers and striking ad revenue-sharing deals with companies that license content to the free Roku Channel — become a big growth engine and exceed its player sales this year. All that has led to growth in users, streaming hours and revenue.

Wedbush Securities analyst Michael Pachter on Oct. 5 launched coverage of the stock with a “neutral” rating and $73 price target. He called Roku “a powerful growth story,” lauding it for “positioning itself as the best-in-class option for OTT advertising,” with the Roku Channel and international expansion being key upside drivers.

But he also warned that the stock is “priced to perfection” after its run-up over the past year. In contrast, Martin is betting on more upside, boosting her price target by $25 to $85 on Oct. 1. “Roku is a primary beneficiary of mainstream media companies adopting OTT and direct-to-consumer strategies,” including Walt Disney’s $71.3 billion deal for large parts of 21st Century Fox, Martin explains. “Additionally, these large media companies represent potential buyers of Roku.”

With Disney, WarnerMedia and Apple streaming services set to launch in 2019, Roku stands to benefit further, argues Pachter. “Most subscribers will look to supplement, substitute or replace cable television subscriptions with multiple services,” he notes. “This scenario should help drive Roku platform revenue growth as it drives higher cord-cutting and viewership given more content availability, in addition to added distribution revenue for Roku.”

Some on Wall Street even argue that Roku provides a better opportunity for investors to ride the cord-cutting wave than Netflix. Says Martin, “We prefer Roku to Netflix owing to its better margins [and] lower content risk.” 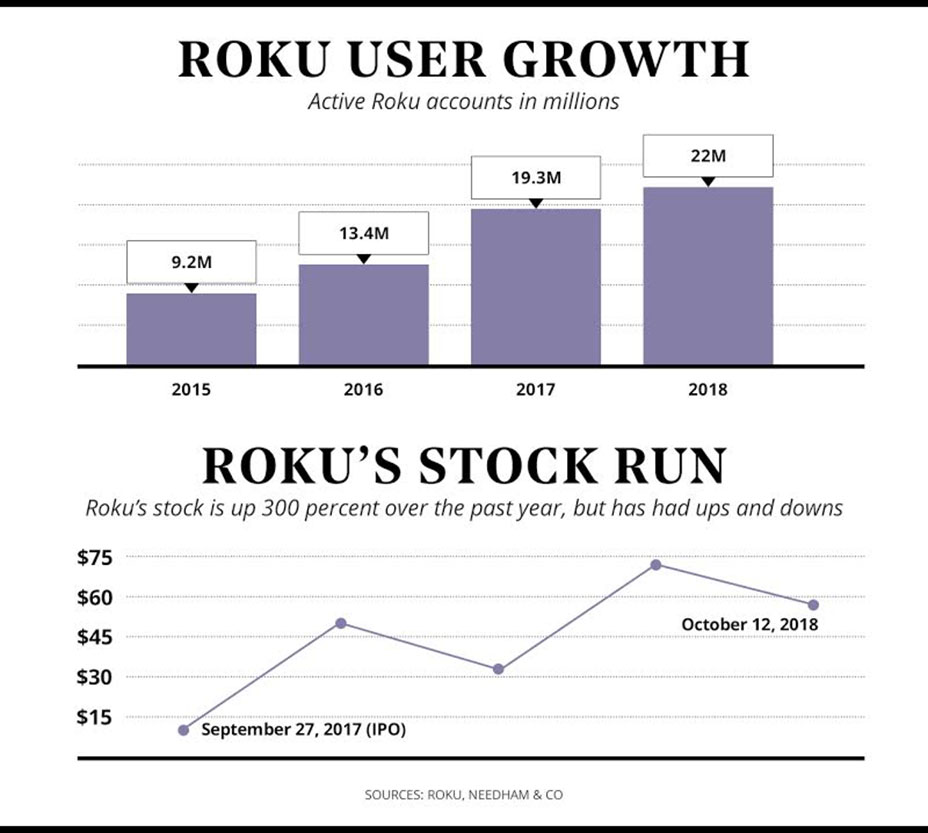 A version of this story first appears in the Oct. 17 issue of The Hollywood Reporter magazine. To receive the magazine, click here to subscribe.