Something’s awry when the usually tight-lipped Tesla — the leader in the luxury-electric auto market — goes to the trouble of refuting media stories. On Jan. 25, the Elon Musk company pushed back against a report citing its new Model 3 four-door sedan for poor quality and production target woes.

The Model 3 — with a 220- to 335-mile range — is positioned as the everyman’s Tesla with a starting price of $35,000 (compared with $74,500 for the Model S, owned by Cameron Diaz, Robert Redford and Mark Ruffalo, and $79,500 for the Model X, a vehicle of choice for Will Ferrell and Snoop Dogg). Tesla denied a separate story claiming that its batteries are not being manufactured as meticulously as they should be. It has yet to comment on a Mundro & Associates consulting firm car review that criticized the Model 3 for poor exterior finishing and confusing user interface.

For CEO Musk, the stakes are high: His new contract, announced Jan. 23, lays out performance milestones that would pay him $55 billion if, among other things, he increases Tesla’s market cap to $650 billion within 10 years, a huge jump from today’s $54 billion valuation. 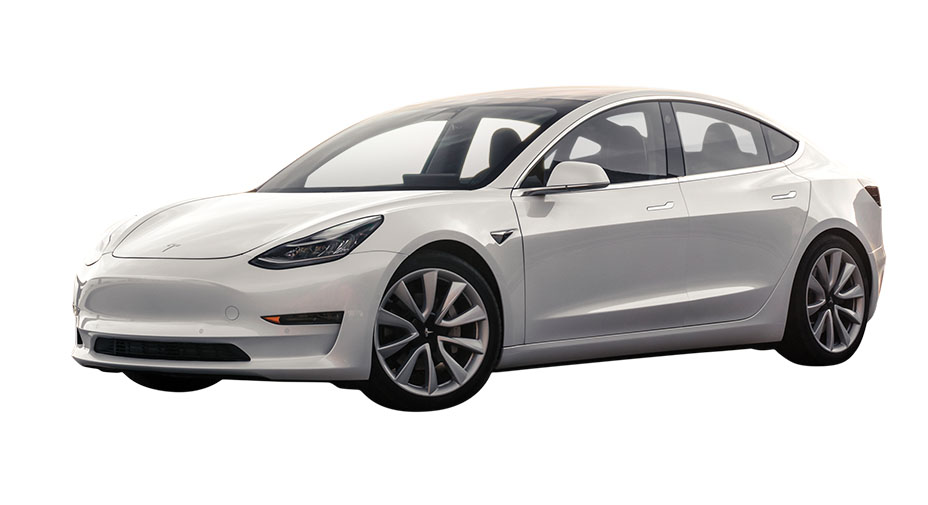 Tesla has more than once pushed back its goal of producing 5,000 Model 3s a week. It now says it will hit that target by the end of June. A scant few Model 3s have been seen roaming L.A. so far, with fewer than 2,000 shipped in 2017 due to delays (global pre-orders run to 400,000-plus). Early February emails to those on the waitlist revealed their Model 3 orders have been delayed a year, causing cancellations and a round of Twitter recriminations.

The timing is unfortunate for Tesla, as nearly every luxury brand is nipping at its heels for a share of the exploding market, opened up by China’s ambitious emissions goals to phase out gas and diesel-powered cars by 2040.

Nearly 50 electric vehicles (EVs) will come to market by 2022. GM has 20 EV models in the pipeline, while Mercedes-Benz’s EQ sub-brand is readying 10. Volkswagen Group plans to invest nearly $50 billion, with a goal of electrified versions of its entire lineup by 2030. Volvo has relaunched its performance sub-brand Polestar as a Model 3 competitor, and James Dyson of vacuum fame has announced a $2.7 billion spend to develop a Dyson EV.

For now, 2018 will see the introduction of many new models, including the updated Nissan Leaf, priced from $29,900. Mercedes-Benz has rolled out a smart Fortwo, a neat two-seater cabriolet (from $23,900) that’s part of the brand’s $11 billion electric gambit over the next six years. BMW has an i8 Roadster, a swell-looking convertible version of its Electric i8, from $163,300. 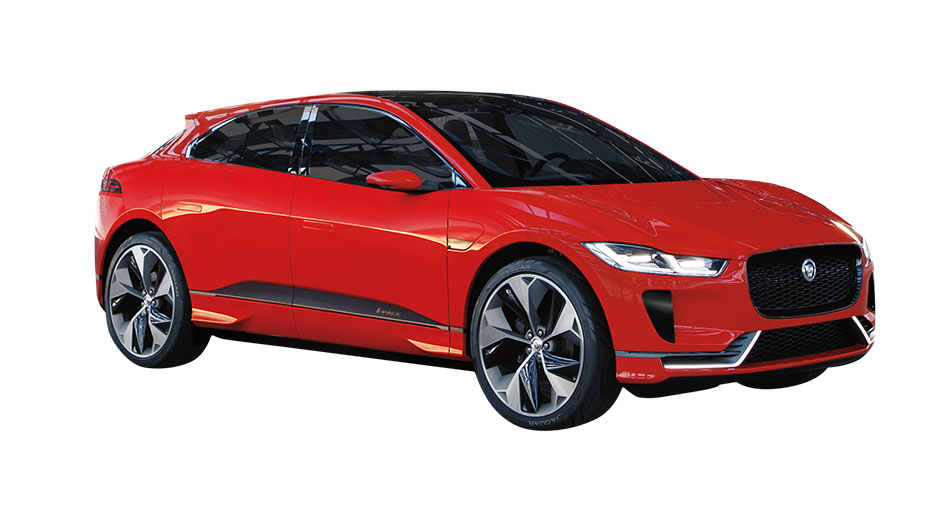 This year also will see the first real uber-luxury market entries with the launch of Jaguar i-Pace, an all-new electric-powered crossover priced in Tesla Model S territory at around $75,000.

But the model that should keep Musk up at night is the Porsche Mission E, due in 2019. Expected to sell for $100,000-plus, it is a stunner aimed squarely at the Model S, looking like a futuristic version of the Panamera. Porsche will spend close to $7.5 billion by 2020 on electrification. “We now feel comfortable putting a Porsche crest on an electric car,” says Porsche Cars North America president/CEO Klaus Zellmer.

Which presents a quandary for potential Tesla buyers: Would they rather have the stellar build quality and performance of a Porsche EV, or a Model S, whose outstanding performance is bedeviled by inconsistent quality control? It may be best to sign a very short lease. But don’t tell that to die-hard Hollywood Tesla devotees, among them Stephen Colbert and Don Cheadle. “I’ve driven my Tesla to Vegas, San Diego and Montecito with no issue. I have no idea what a gallon of gas costs anymore,” says Fifty Shades Freed producer Dana Brunetti. “On the very infrequent times when I do take one of my Ferraris out and have to stop at a gas station, I can’t help but think, ‘This is so archaic.'” 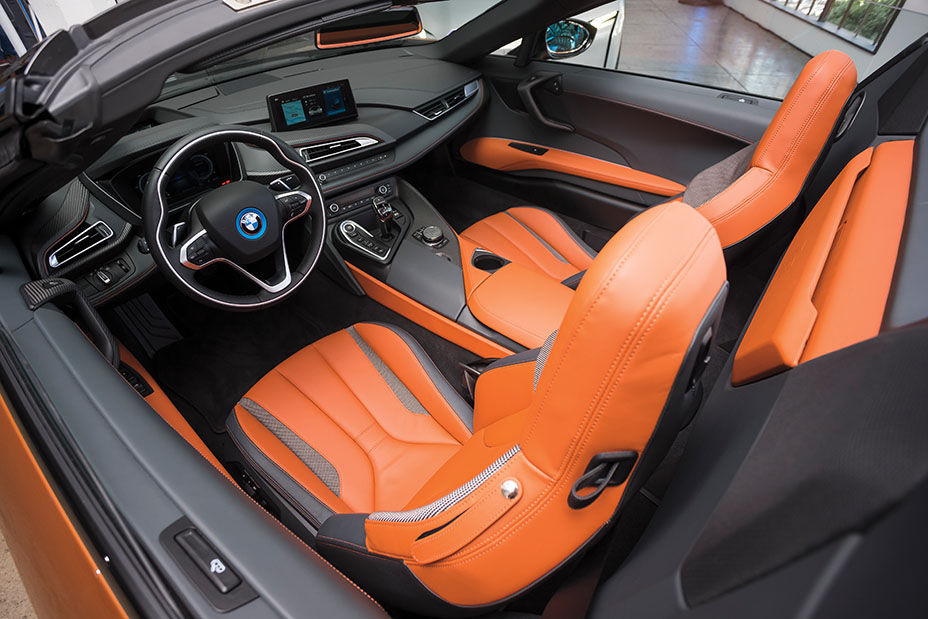 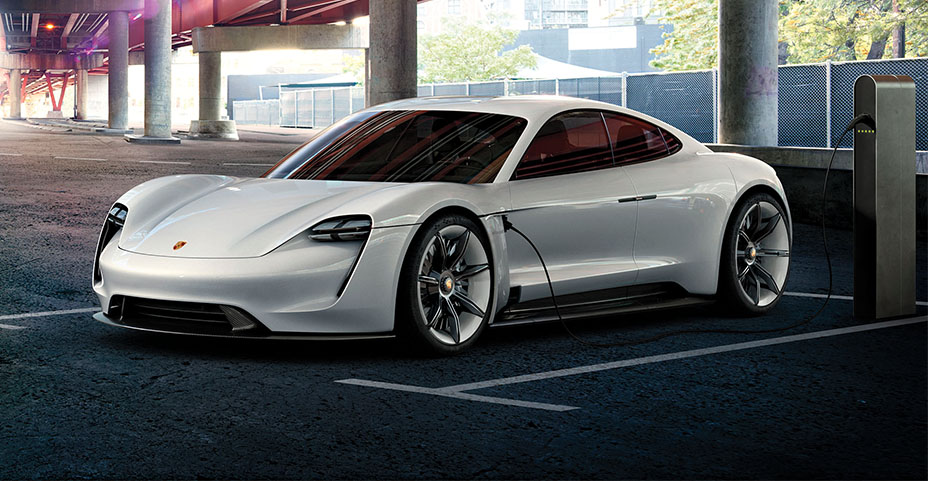