Continue to The Hollywood Reporter SKIP AD
You will be redirected back to your article in seconds
Skip to main content
October 6, 2017 6:30am

“It’s like the Good Housekeeping Seal of Approval,” says film historian Leonard Maltin of American Film Institute’s list of the 100 greatest movies of all time, which in Hollywood is at the top of everyone’s list of favorite movie lists.

The ranking began in 1998 with AFI’s 100 Movies, and in subsequent years, the AFI issued one new list a year, branching into subcategories like 100 Laughs, 100 Thrills and 100 Cheers (for inspirational flicks). However, a new list has not been compiled since 2007, when the flagship list of 100 Movies was last updated: Back then, 1,500 Hollywood insiders — Maltin was one, along with Steven Spielberg and Martin Scorsese — were polled on their big-screen favorites. They were mailed a ballot containing the names of 765 movies and asked to number their top five, then check off 95 others in no particular order; write-ins were welcome. 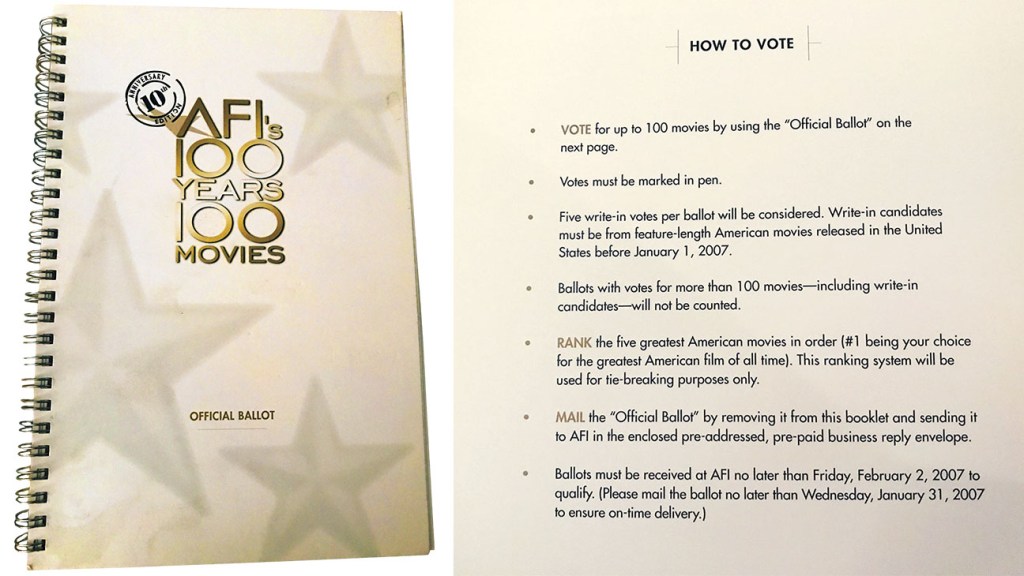 In 1998 and 2007, Citizen Kane came out on top, while Casablanca — Maltin’s all-time fave — and The Godfather took turns in second place. But the list is long overdue for a refresh — a lot of great movies have come out these past 10 years — especially considering the 20th anniversary of the list’s inception is right around the corner. “It’s a concept we’re committed to because it’s designed to catalyze conversations about what is excellent and why,” says AFI president and CEO Bob Gazzale, “and we’ll be announcing something soon.”

Couldn’t be soon enough for Maltin, who looks forward to a whole new round of arguing among cinephiles. “That seems to be part of the attraction,” he says. “BuzzFeed has built a whole business on it.”

How AFI Cracked the Glass Ceiling for Women Directors in 1974