Will Ferrell has Georgia on the mind.

The actor and his wife Viveca Paulin-Ferrell have traveled to the Peach State to stump for Democratic gubernatorial candidate Stacey Abrams.

On the same day Abrams, 44, was featured in a lengthy New York Times profile, Ferrell appeared on an Atlanta radio show, “Frank and Wanda in the Morning,” while wearing a “Stacey Abrams Governor” t-shirt. Later in the day, he headed to an afternoon campaign stop at The Varsity in Atlanta.

The election — and Georgia’s voting process — is being closely watched by the media and political insiders. The showdown between Abrams and her challenger, Republican Brian Kemp, who currently serves as Georgia’s secretary of state, remains very close and has been a hot-button race in terms of voting access, registration and procedure. 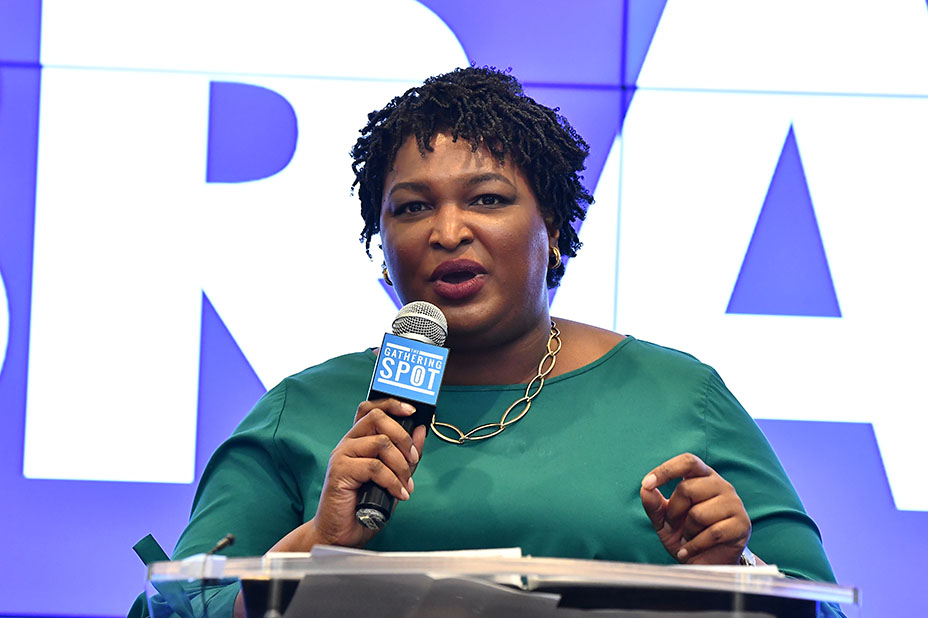 During one of his Georgia stops, Ferrell spoke to students at Kennesaw State University, encouraging them to make an impact: “If you guys turn out, there is no question.”

Speaking of questions, earlier this month at the Hammer Museum’s Gala in the Garden, Paulin-Ferrell confirmed to The Hollywood Reporter that the couple was heading to Georgia on behalf of Abrams. “We keep asking ourselves, how can we help? What can we do locally being in California? Should we be knocking on doors?” she explained. “So we’re going to go knock on doors for Stacey Abrams. You never know in Hollywood if it helps or hurts, but we’re trying get out the vote and drive people to the polls.”

Asked how they decide where to put their money and activism, Paulin-Ferrell said that during these uncertain times they are trying to help as many candidates and causes as possible ahead of the midterm elections.
“I’m on ActBlue all the time donating and maxing out. If there are candidates that I feel really strongly about that are fighting the good fight, whether it be about gun control or the [Brett Kavanaugh] vote, we are there. We want to be active,” continued Paulin-Ferrell, adding that she and her husband had recently taken meetings with New Jersey Sen. Cory Booker and Alabama Sen. Doug Jones. “It’s a critical election coming up and you have to care about it and get young people to care in order to use their power of voting. That’s what it comes down to.”