The style stakes were high for the new first family at the inauguration, in part due to Michelle Obama’s sartorial legacy. (An NYU study said she generated $2.7 billion in value for brands she wore November 2008 to December 2009.)

This Jan. 20, the winner was Ralph Lauren, who made first lady Melania Trump’s Jackie O.-esque sky blue cutaway jacket, dress and matching gloves. The brand’s stock saw three days of gains, a bump from $88.19 to $90.13, which could have been due in part to the exposure. Despite some negative comments on Lauren’s social media channels (alongside positive ones), the hashtag #BoycottRalphLauren never really took off, and the brand did not land on social watchdog group GrabYourWallet’s list of Trump-associated brands to boycott.

“The separation of fashion and state is real,” says David Wolfe of retail forecaster The Doneger Group. “And she looked great.”

(Of course, Lauren also dressed Democratic presidential nominee Hillary Clinton for the swearing-in ceremony — and throughout her campaign — so it was really a no-lose.)

Did Sean Spicer Get a Trump-Approved Makeover?

Another winner: Ivanka Trump. There was a lot of interest in the white made-in-the U.S. Oscar de la Renta suit she wore at the inauguration and the Carolina Herrera princess gown she wore that night. Though the first daughter has officially stepped away from her namesake fashion brand, her stylish moves in Washington, D.C., which she has been documenting on social media in the style of a fashion magazine editorial, may end up being an even bigger boon to the fashion industry than the first lady. 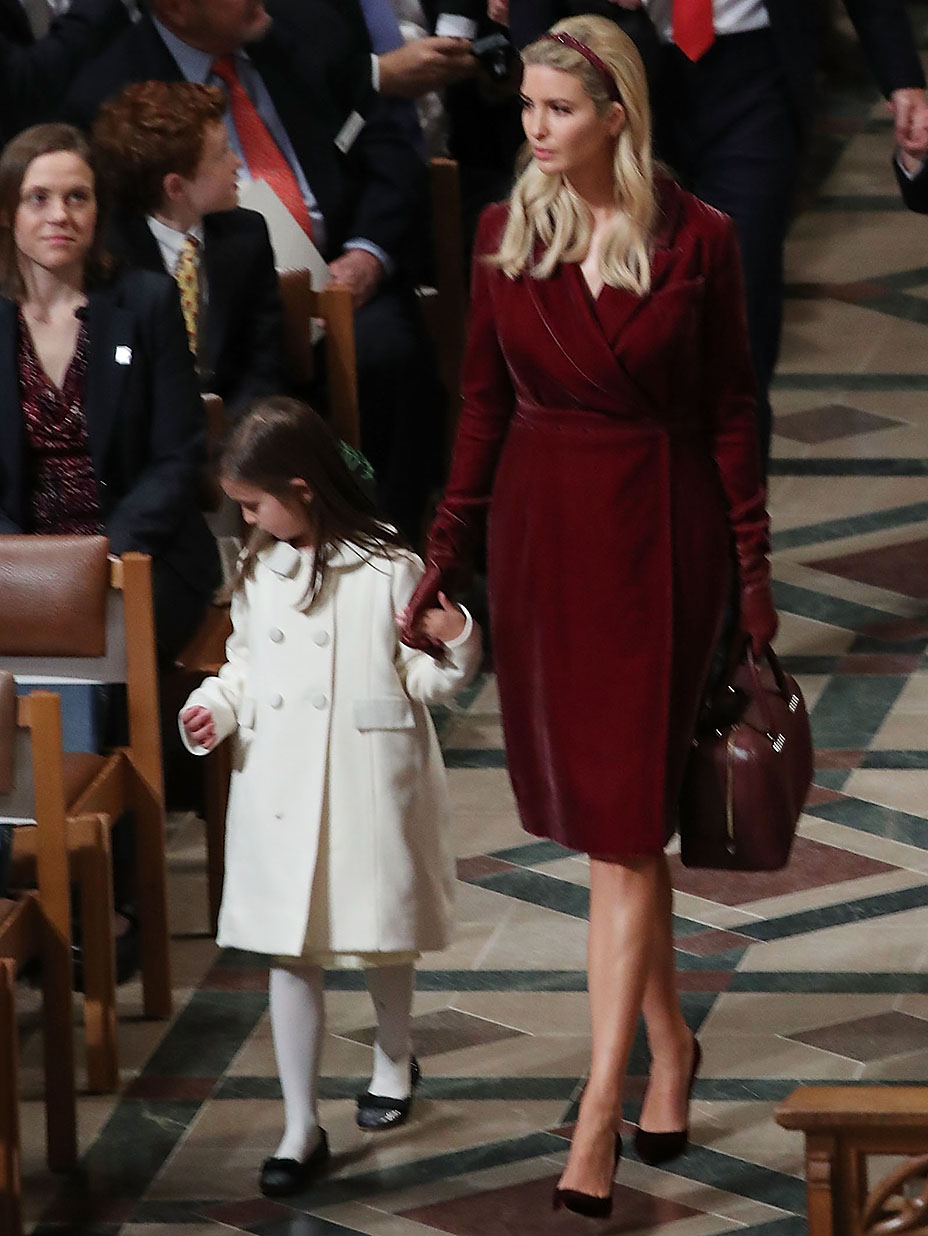 After Ivanka carried a $1,045 Aspinal of London burgundy Pearl bag to the National Prayer Service on Jan. 21, the brand saw increased wholesale and online interest due to “the Ivanka factor,” says creative director Mariya Dykalo, who wonders if the made-in-Britain style, which Ivanka purchased herself, was a nod to British PM Theresa May’s visit to the U.S. this week.

And Petit Peony, the made-in-the-USA children’s brand Ivanka tapped to design clothing for her three children for the inaugural events, reported a surge in demand for the $250 ivory wool princess coat worn at the National Prayer Service by the president’s granddaughter, Arabella Kushner, and a 20-fold increase in unique visitors to its website, which is now selling a special Inaugural Collection.

Gucci ended up the inauguration loser. Trump counselor Kellyanne Conway became a social media and SNL punch line for her $3,600 Gucci coat with cat head buttons, worn with a red hat and gloves. After drawing comparisons to the New England Patriots mascot and the Hot Dog on a Stick fast food restaurant uniform, Conway took to Twitter, noting she had gotten lots of compliments on the ensemble, including from Bill Clinton.

Gucci quickly distanced itself: A source says the company was not aware of Conway’s choice. Translation: It was off the rack. 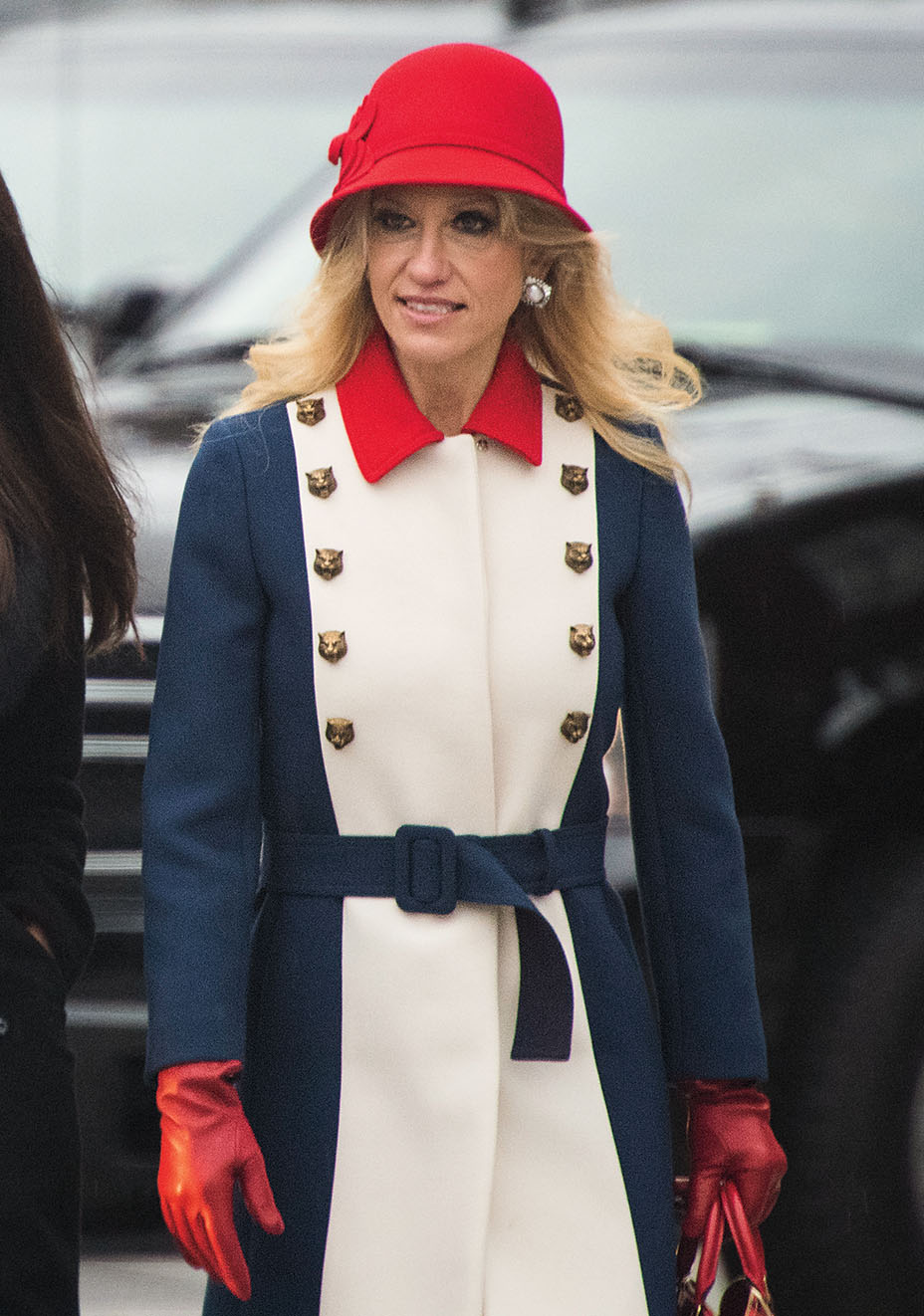