In 1943, at the first Academy Awards ceremony where documentary features were recognized, the category in which they competed — alongside documentary shorts that year, but separately thereafter — included 25 nominees. The four co-winners had one thing in common: They were about one aspect or another of World War II — or, in other words, the times (and turmoil) in which the voters lived. Over the 75 years since, the documentary feature Oscar has continued to favor films that directly or indirectly speak to the moment, even though none of the criteria provided to voters suggests this is necessary. Of course, there have been exceptions: Holocaust docs (e.g., 1981’s Genocide), nature docs (e.g., 2005’s March of the Penguins), music docs (e.g., 2012’s Searching for Sugar Man) and general curiosities (e.g., 2008’s Man on Wire). But, perhaps as a residual reflex from a time before television and the internet, when the only place where one could see moving pictures of recent events was in newsreels, timeliness still seems to be valued.

Looking back over the list of past winners, one notices 1967’s The Anderson Platoon and 1974’s Hearts and Minds, which examined the Vietnam War while it was still raging; 1970’s Woodstock, which was released just a year after the counterculture festival took place; 1984’s The Times of Harvey Milk and 1989’s Common Threads: Stories From the Quilt, which found angles on the AIDS crisis as it was exploding; 1992’s The Panama Deception, which questioned the official explanation of America’s 1989-90 invasion of Panama while George H.W. Bush was still president; 2003’s The Fog of War, which was ostensibly about the mistakes of Vietnam but was just as much a warning about repeating those mistakes in the new Iraq War; 2007’s Taxi to the Dark Side, which raised questions about U.S. torture policy under George W. Bush while he was still president; 2010’s Inside Job, which investigated the financial crisis that had begun less than two years earlier; 2014’s Citizenfour, which provided the first in-depth interview with Edward Snowden after his 2013 theft and leak of classified information; 2016’s O.J.: Made in America, which was about O.J. Simpson, but also about racial tensions in the United States generally, and was gaining momentum just as the country’s first black president was being replaced by a white man who had continually attempted to undermine him; and 2017’s Icarus, a film about Russian corruption in sports that began rolling out when that country’s interference in the recent U.S. presidential election was first coming to light. 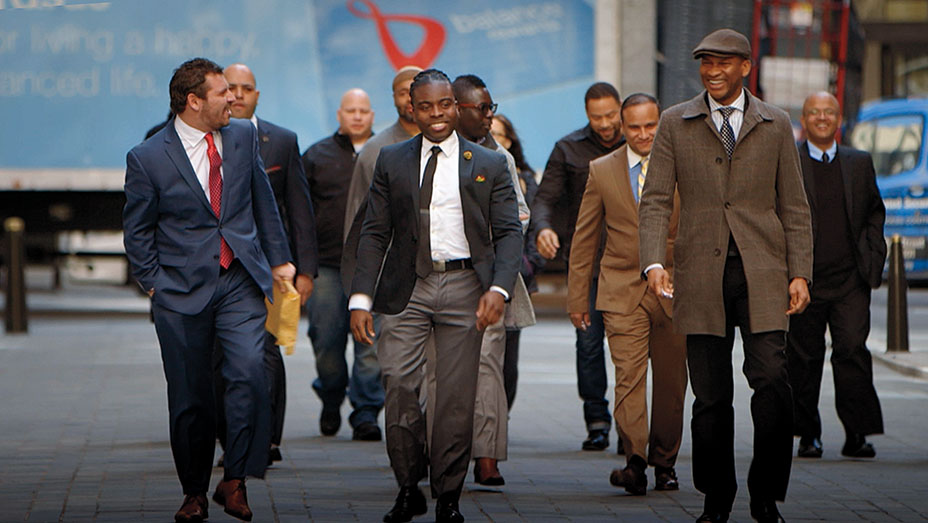 As we near the end of 2018, the news is all Trump, all the time, raising the question: Which doc contenders could that benefit? Only a couple are directly about the 45th president: Michael Moore‘s Trump-era recap Fahrenheit 11/9, which has underperformed at the box office, and Errol Morris‘ Steve Bannon profile American Dharma, which has yet to find a distributor. A few others are tangentially about the president. Alexander Shebanow‘s Fail State exposes one of the schemes through which he made his money, the for-profit college industry (see: Trump University); Lauren Greenfield‘s Generation Wealth helps illuminate why so many voters responded to his braggadocio about being rich and successful; Bing Liu‘s Minding the Gap centers on members of the working class who are both his base and his victims; Kimberly Reed‘s Dark Money explains how corporate election contributions benefit candidates like him; Alexis Bloom‘s Divide and Conquer: The Story of Roger Ailes profiles the man who created the media outlet that promotes him — and that he promotes — around the clock; and Charles Ferguson‘s Watergate — or, How We Learned to Stop an Out-of-Control President shows what happened to the last president who thought he was above the law.

Upon closer inspection, there are many other docs this year that are, deliberately or not, tied to Trump. For instance, at a time when empathy and kindness seem lacking at 1600 Pennsylvania Ave., they are being celebrated onscreen. No doc this year has been more commercially successful than Morgan Neville‘s Fred Rogers portrait Won’t You Be My Neighbor?, which has taken in $22.6 million, becoming the highest-grossing biodoc in history. I don’t think its breakout success at this particular time is a coincidence. Nice guys from other walks of life are also highlighted in Wim Wenders‘ Pope Francis: A Man of His Word (the reform-minded incumbent pontiff), Marina Zenovich‘s Robin Williams: Come Inside My Mind (the beloved comedian) and Alison Chernick‘s Itzhak (the soulful violinist Itzhak Perlman).

I also believe that Trump’s treatment of women — including things he bragged about having done before becoming president and things that he has been doing since — has something to do with the popular response to, if not the making of, quite a few docs about strong female icons. The most notable example is Julie Cohen and Betsy West‘s RBG, a celebration of the trailblazing U.S. Supreme Court Justice Ruth Bader Ginsburg, who has been a check on Trump from the bench; that film has done an astounding $14 million in business. Also making waves this year are docs profiling the first female film director (Pamela B. Green‘s Be Natural: The Untold Story of Alice Guy-Blache), one of the greatest female opera singers (Tom Volf‘s Maria by Callas), the most influential female film critic (Rob Garver‘s What She Said: The Art of Pauline Kael), the most outspoken female movie star (Susan Lacy‘s Jane Fonda in Five Acts), one of the most influential female comedy figures (Lisa D’Apolito‘s Love, Gilda) and this year’s 25-year-old Nobel Peace Prize winner, an ISIS sex slave turned activist (Alexandria Bombach‘s On Her Shoulders). There is no greater rebuke to Trump than celebrations of empowered women.

Additionally, it’s worth noting just how many of this year’s top docs have been about miscarriages of justice and conspiracies — as in, narratives that reaffirm the belief, held by so many these days, that the world has gone mad. Indeed, one of the docs dominating at the box office is Tim Wardle‘s Three Identical Strangers, which recounts the twisted reason why a set of triplets were separated at birth and the effect that separation had on the rest of their lives; it has banked $12 million. Then there’s Stephen Maing‘s Crime + Punishment, which shows that the NYPD has been requiring its officers to make a certain number of monthly arrests despite publicly stating that arrest quotas, which increase the likelihood of confrontations with minorities, have been abolished; Kate Davis and David Heilbroner‘s Say Her Name: The Life and Death of Sandra Bland, which studies the case of a minority activist who died while in police custody; Rudy Valdez‘s The Sentence, which illustrates the human toll of mandatory minimum sentences; Nathaniel Kahn‘s The Price of Everything, which offers a behind-the-scenes look inside the crazy contemporary art world; and, on a lighter note, Matt Tyrnauer‘s Scotty and the Secret History of Hollywood, which makes a compelling case that many of the stars of Hollywood’s Golden Age were privately gay.

In other words, there is no shortage of Trump-centric or Trump-adjacent options for members of the Academy’s documentary branch (who determine the five nominees for the best documentary feature Oscar) and the rest of the organization (which picks a winner). But Academy members, fatigued by Trump after another election cycle, may just decide to run in the other direction and back a doc totally unrelated to the man in the Oval Office — something like Jimmy Chin and Chai Vasarhelyi‘s Free Solo (rope-less rock climbing), Alan Hicks and Rashida Jones‘ Quincy (one of the great men of music), Cristina Costantini and Darren Foster‘s Science Fair (brilliant kids with their eyes on the prize) or Matt Tyrnauer’s other 2018 entry, Studio 54 (the coolest nightclub of all time). From a ratings point of view, it’s unclear which course of action is likelier to make the Oscars great again.