When it comes to Broadway legends, few shine as brightly as costume designer William Ivey Long. Since 1974, his genius has charged some 300 productions, earning him 15 Tony Award nominations and six wins, including Hairspray, Nine and The Producers; in 2006 Long was inducted into the Theater Hall of Fame.

“Tirelessly inventive,” is how veteran director, Jerry Zaks, a frequent collaborator, once described him. Emily Mann, artistic director of the McCarter Theater, says, “He’s such a magician.” Indeed, Long’s credits are as varied as he is prolific. He’s dressed Mick Jagger during the Rolling Stones’ Steel Wheels tour, Siegfried and Roy in Las Vegas, Renee Fleming at the Metropolitan Opera; as well as ballets for Paul Taylor and Twyla Tharp. In 2016, Long costumed the live telecast of Grease Live!, earning his first Emmy nomination.

At 69, Long shows no signs of slowing down. He arrives each day at his two-story Manhattan studio (a one-time Burlesque club), immaculately turned out in his uniform of a navy blazer, tie and pocket square, at work on a dozen different projects, “six I’m touching every day,” he says. In the pipeline: a live action version of Kung Fu Panda to open in Beijing and a remake of Young Frankenstein scheduled to open in London at the end of 2017. At the moment, Long is putting the finishing touches on the Ken Ludwig stage adaptation of Murder On The Orient Express, set to open at the McCarter Theater in Princeton on March 14, in advance of Kenneth Branagh’s upcoming film reboot.

Inside his studio, which Long calls “my Mad Hatter’s workshop,” dozens of mood boards made from insulation panels are propped against the walls, shelves are crammed with thousands of books, cartons are filled with notions and bolts of fabric, and Long’s rolled-up sketches are tucked away in boxes like the Dead Sea Scrolls. In one corner stand mannequins and racks of costumes from the smash hit Chicago; in another, scale mock-ups of Fleming’s costumes for the Met’s The Merry Widow are displayed like Madame Alexander dolls.

Famous for his meticulous attention to detail, Long extensively researches each character and still insists on drawing each design himself by hand. Many of his costumes have become as famous as the shows they starred in — think the sheer bodysuit Anita Morris poured into in Nine or the feather-trimmed dress Tracy Turnblad shimmied in in Hairspray. A font of energy, Long also designs for private clients; bridal gowns are a favorite (he designed Caroline Kennedy’s bridesmaids gowns). “I would say designing a wedding is like designing a small musical,” he offers, “because it couldn’t be more important — and there is an opening night.”

Recently, THR spoke with Long about his career, his approach to costume design, and adapting the first stage production of Murder On The Orient Express. 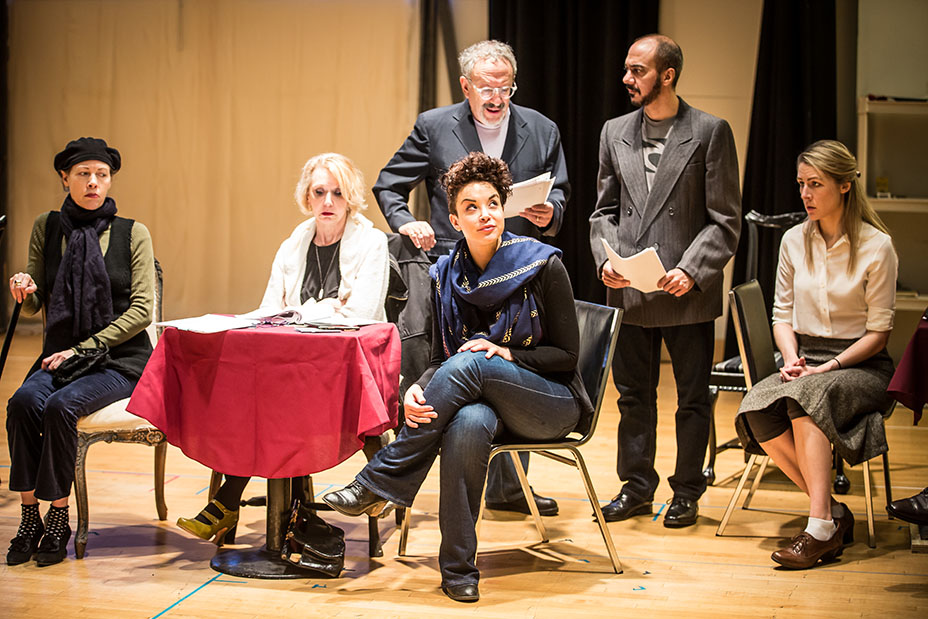 You’ve been at this for the better part of 43 years. What about designing still excites you?

I just love plays. My father was a playwright. My best friends are all playwrights. I just think it’s the highest art form because it combines so many different art forms: music, dance, literature and performance. And I love telling stories. In a play there’s always an arc of a character’s development and I love figuring that out with the costumes. For me, it’s sort of like being Miss Marple.

What was the moment that you knew you’d made it?

I remember it completely as if it were yesterday. It was during the dress parade for Nine in 1982. They don’t do it anymore, but back then you’d put everyone in their costumes and they would come out on stage and they’d parade around. When I saw how people were reacting to what we had done, that was the moment. And to be very honest, at that point because I was still so fresh and young, I thought I don’t even care if anyone else doesn’t like it because Tommy Tune does. As it happened Nine was also my first Tony award.

You’re known for your attention to detail, inventiveness, and for costumes that dazzle but don’t upstage the performance. How do you approach designing?

Well, I love research. I spend weeks before I begin sketching looking into characters, references, just everything. I have an entire shelf of books on the Romanovs that I used just for designing Princess Dragomiroff in Murder On The Orient Express. I also don’t do a single sketch until I make a spreadsheet of each production. I need to see the scope. With a spreadsheet I can break down the script by character, scene and song. And I don’t pick any colors until I see what the set looks like. 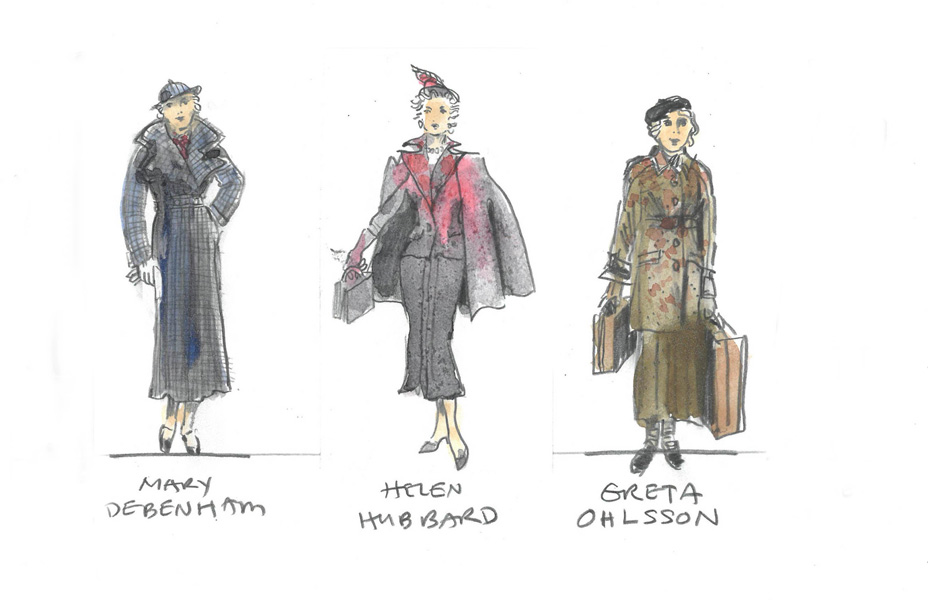 With so many possibilities, how do you make decision about which direction to take?

That is the hardest thing, especially if you do as I do with all the research. I think you do this by try trial and error. I think that’s the job. You know everything is based on something. This is what my career is about; it’s choosing which clothes to put on which person at which time and what do they look like. And if it were easy, anybody could do it or would do it. And they would just go to Macy’s.

Is there difference between designing for stage versus the screen?

Oh, it couldn’t be more different. I’ve grown up working in live theater. It’s life or death out there; you can’t do a retake. It’s like being a tightrope walker. There’s a big risk quotient. Are people going to like it? Will it land? The risk is will it work in this medium? Will it be exciting? Will it have, you know, a good response?

I like memorable, heart-thumping moments. I particularly like transformations, like we did in Roger + Hammerstein’s Cinderella. You had the magic happening in front of your very eyes onstage with no smoke, no mirrors, no blackouts, it makes your heart beat. That’s why I still sketch freehand. I need everything to be a big daredevil stunt to see if I can pull it off. 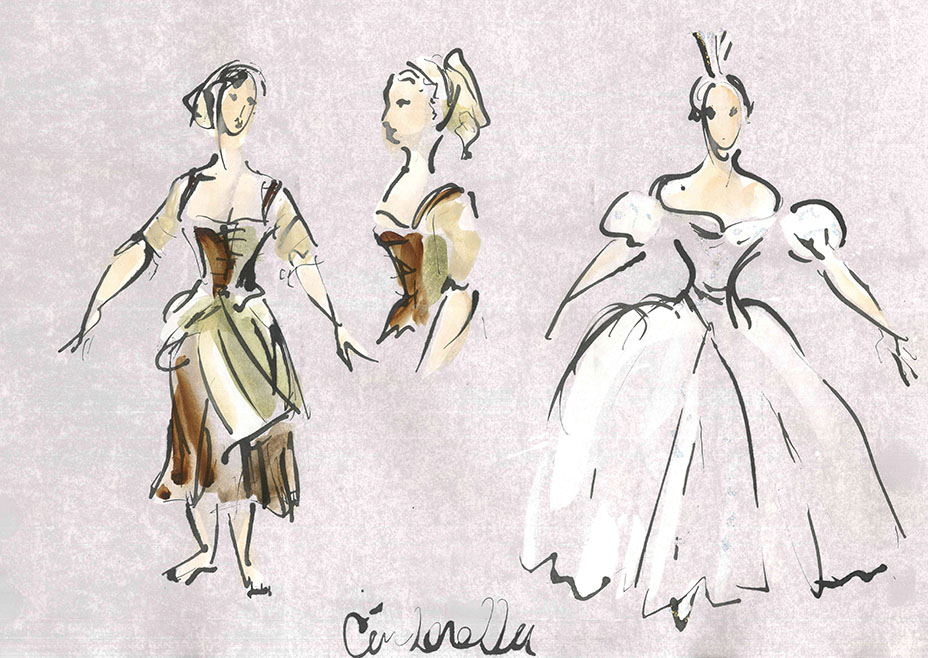 What are the hardest costumes to design?

Because everyone wears clothes, contemporary costume design is the hardest of all. Each choice tells you something, what’s the belt, what’s the shoe, what’s the color?

I take the subway four to six times a day. That’s my reality check. I try to figure out who are these people and why are they wearing the clothes that they do. So, I make up stories like who is this person and who was that person? It’s exhausting; you can’t just take the subway without looking at every single person. The subway is like a feast. I learn so much.

In your mind what should a costume do and not do?

A costume should support a character’s arc of experience. And along the way it helps you discover who that character is. That’s the joy in developing characters, some of it is about what do you reveal, what do you withhold, and what do you allow the audience to discover.

When you design for a work that originated as a book or a movie, how do you interpret the material and make it your own?

Well, I keep these 25 storyboards that I fill with photographs. I love finding out what things were so then you can change it. No one just copies, but in order to be as original as you can, you need to see everything. In fact, I often say about people who make clothes, if you think you’re being original you just haven’t done your homework. And I stand by that because everything’s been done. It’s just how you do it. What’s your twist? So that’s why I want to do as much thorough research as I can. So then you can do the twist on it. Oh, those poor people who don’t have books, you know they just press in one little idea on the internet and out comes whatever the internet chooses to send you. 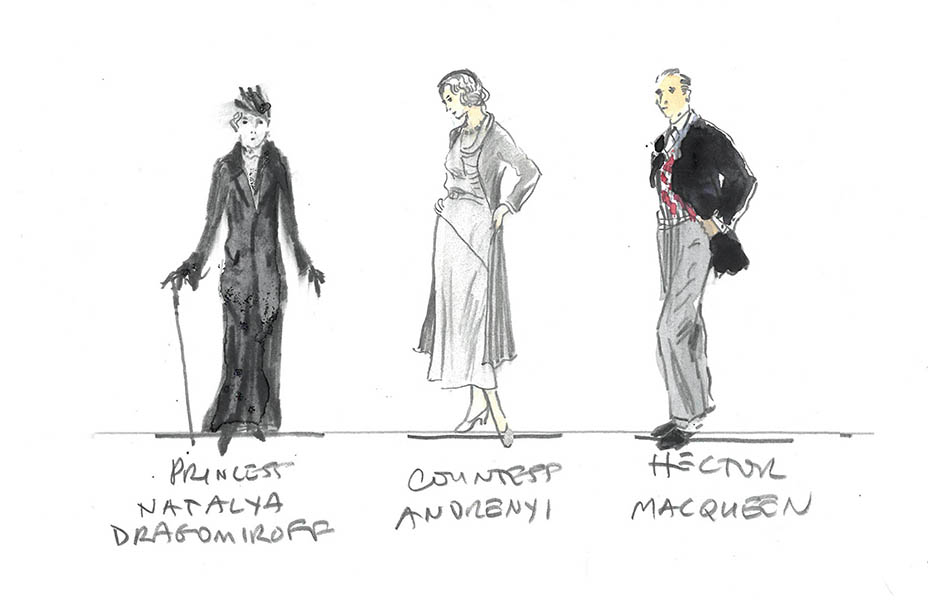 How did you approach Murder On The Orient Express? Not only is it a beloved Agatha Christie novel, but also, the 1974 movie picked up the Oscar for best costume design.

Well, my dear friend Tony Walton, with whom I’ve done 18 shows where he was the set designer, designed the costumes. So of course I want to make sure that I do my own thing. But also when I am going to get close to him, you know the homage is well done. Especially because Tony’s alive and kicking up there and I don’t want him to put a curse on me!

When you have a beloved adaptation, you don’t want to religiously copy it. But every now and then there’s an iconic moment in a show and you take a deep breath and go OK. For instance, at the end of Grease Live! I knew that we needed to seriously reference bad Sandy. Those pants Olivia Newton John wore in the movie are famous. They’re even worn as a Halloween costume. That’s how famous they are. I don’t have a costume that famous, so here I’m thinking you better put those pants on her and I did. We put them on Julianne Hough, who is just so adorable.

What is your take on Murder?

Well, take for instance, the character of Princess Dragomiroff. My take is that Princess Dragomiroff is a White Russian, she survived the Revolution and she’s always afraid the Bolsheviks are going to come and get her and the last time she had new clothes was 1917. She’s in mourning, her husband died, her family died, everybody died. And she’s wearing jet jewelry that is black. I happen to have a collection of jet jewelry and if you leave it for too long it gets moldy because it’s not glass, it’s a cousin of coal. So I have this idea that I want her to be dripping in jet but somehow there’s mold on it. It needs to be wiped off. It’s got a little gray tinge to it. Emily Mann, the director, just loves that detail. In my mind, if only the actress, the director, and I see it, it will be enough. But I think it will translate. I think that sort of old world, decaying feeling it’s going to be exciting.

Was there anything from the original film that influenced your choices?

There was something that the director Sidney Lumet said at the end of the DVD I noticed when I re-watched it. In an interview he says that all of the characters are wearing a costume because they are trying to not seem like they know each other and that they are totally different from who they are so that they can pull off this murder. But who knew that Hercules Poirot was on the train? And if he had not been on the train no one would have seen through this. So I thought I would love to find a way to show that they’re playing dress up. In other words they’re assuming another character. Sidney Lumet’s comment is fascinating. So I’m trying to work out how to get that across, I’m thinking maybe in the lining of someone’s outfit it will say Western Costume Rental. They didn’t do that in the movie but I was so impressed with Sidney Lumet’s observations that this is my deep-set mission to make this happen. 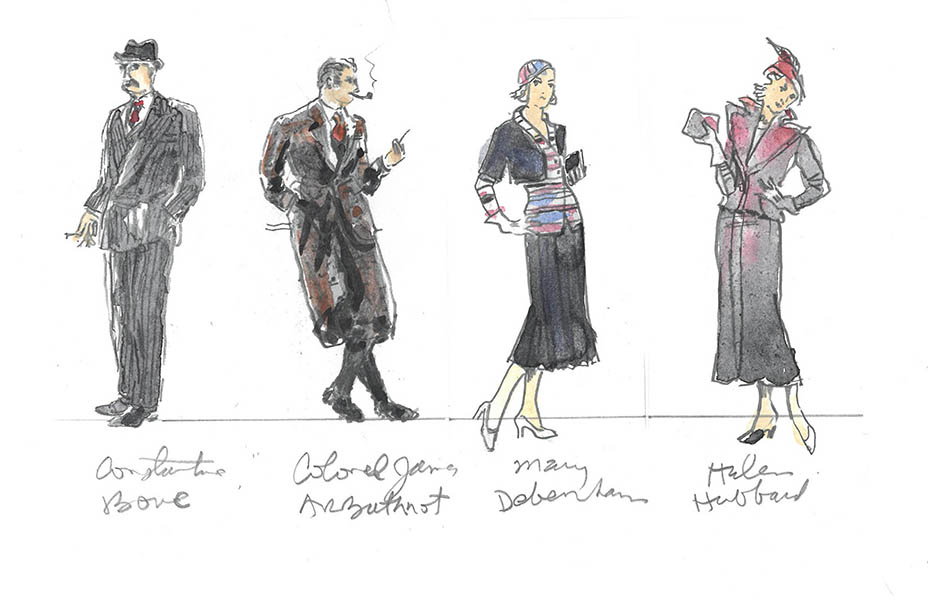 This interview has been edited and condensed.